The heart still beats. Todd McLellan admitted to being “bothered” by some second period doldrums that bottomed out when Los Angeles yielded a low-energy, chase-and-react goal to fall behind 3-0, leading to a fireside chat during the next TV timeout. “I thought we sagged,” he said of San Jose’s second period surge. “First time in a long time our shoulders dipped, our chins went down and that’s not who we are and that’s not who we’re going to be. So, we had to have a little chat about that, and give them credit.” Their resurgence didn’t result in a win, but Los Angeles did mine a point out of a game they trailed by three late in the second, provoking an answer to the questions about their purpose. Even though players and teams don’t have their individual or collective best 100% of the time – and there were quite a few late to board Monday’s train – the Kings have to this point largely stayed clear of malaise or any real weakening of their will. This is a 9-13-2 team, but if you’ve been listening to Todd McLellan, their place in the standings hasn’t been weighed down by a poor work ethic or their focus or something equally as intangible. There was the early season Vancouver game, in which he subsequently spoke of loosened “will,” or the collection of periods in the Midwest late in October that “let us know that there are some players that probably can’t play in the league right now.” The game last Monday in Glendale ain’t winning any awards. But their willingness to work and the veterans’ ability to process a completely new system early in a season in which virtually all observers characterized them as playoff afterthoughts demonstrates a healthy equilibrium, one that responded well to stimulus Monday night. 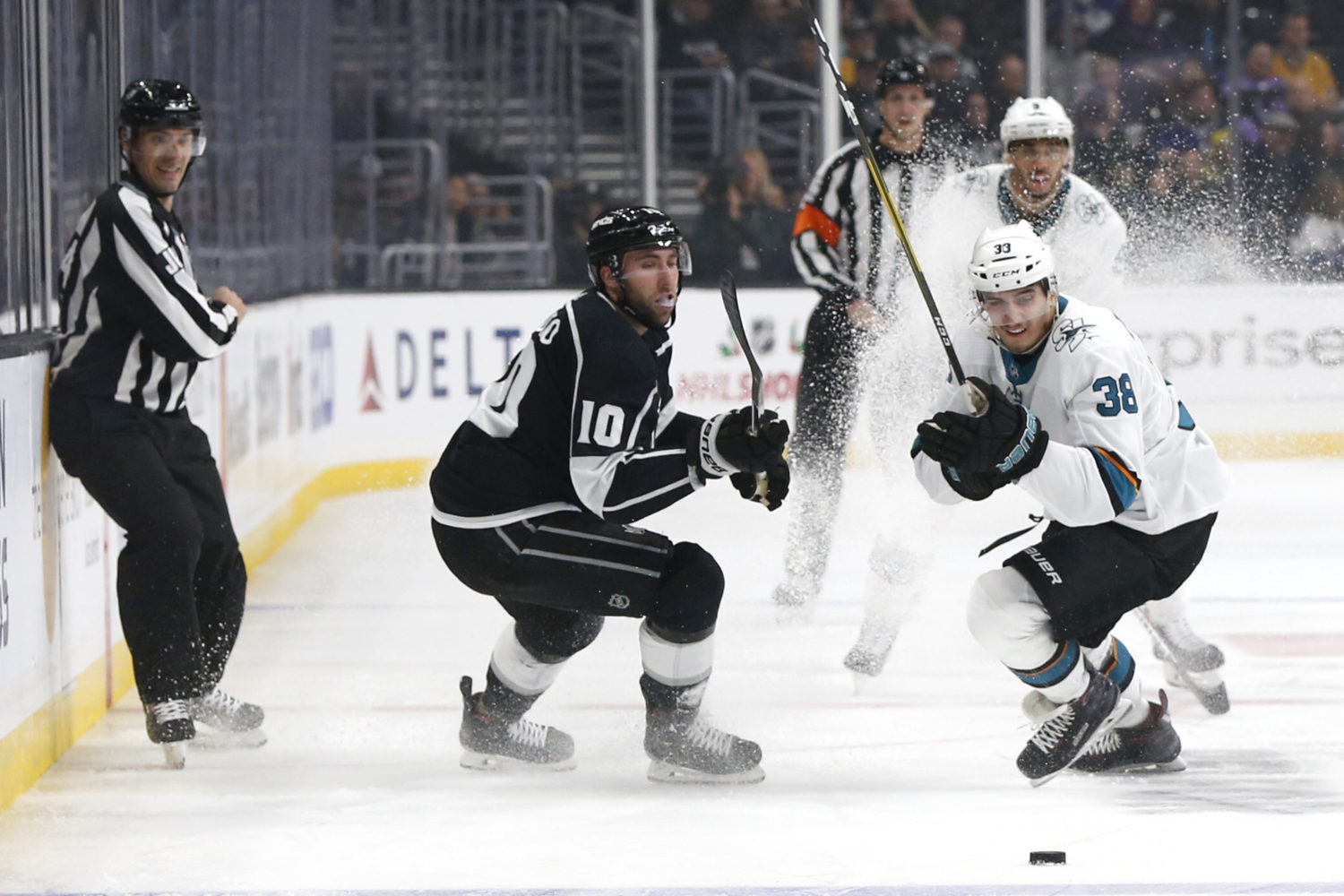 Los Angeles’ power play was about as good as one could be in an 0-for-5 night asterisked by an Anze Kopitar goal that immediately followed the expiration of a San Jose penalty. All 13 of their shots over the 10 minutes of power play time came from forwards, including three apiece from Adrian Kempe and Alex Iafallo. The Sharks’ positioning forced several methodical entries largely successful and led by Drew Doughty, but Kempe’s higher-speed entries were also effective and helped set up the zone time. Kempe’s impressive first period one-time blast followed a puck battle he won along the boards despite getting hooked in the hands, and he was aggressive on a penalty killing tandem with Blake Lizotte. It wasn’t a surprise that he was rewarded for his efforts by shaking off Brent Burns and finishing off a give-and-go with Lizotte, who like Kempe had his legs going throughout the night. Those who’ve read and listened to LAKI over the years may have caught the site’s fondness for the slap/pass, and Kempe’s feed towards Alex Iafallo with Kopitar looming for the rebound was a fitting way to set themselves up for a better result than what was most likely to happen with 25 minutes remaining in regulation. 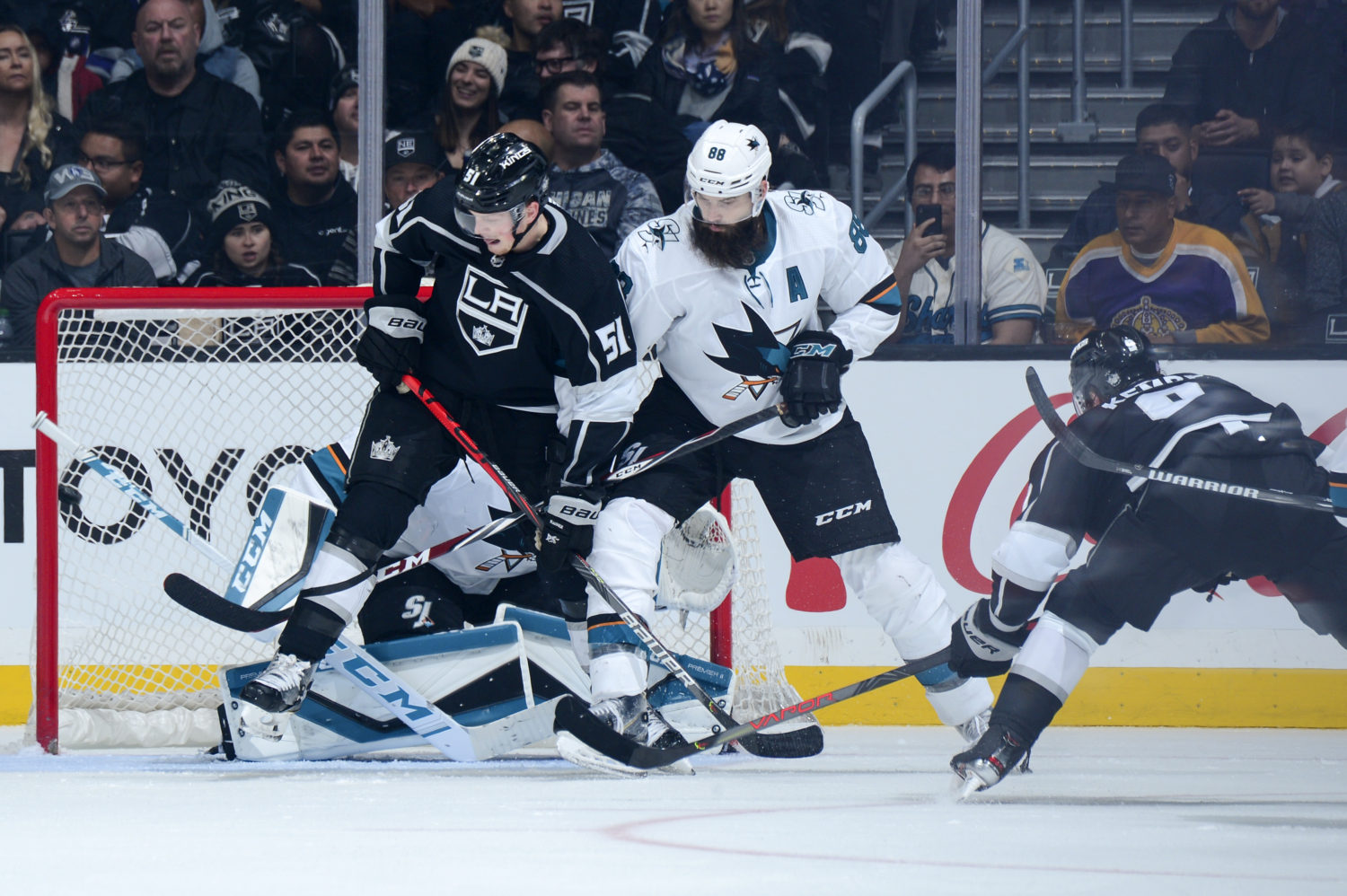 Alec Martinez’s absence is a major blow to a team that needs his energy and presence as a conduit between the coaching staff and a group with large gaps between its age poles. And, not to beat a dead horse, but the laceration happened with such selfless, gung-ho abandon that it was appropriately representative of the hard labor undertaken by the only King to average two blocked shots per game over the last nine seasons. There are plenty of reasons for many to characterize him as an offensive defenseman – his skating, his shot, his ability to distribute the puck – but he’s also someone who has logged his miles through blunt force pain and has accrued only 100 more games than Tyler Toffoli, five years his junior. Martinez missed 22 games last year with a pair of upper-body injuries, hyperextended an elbow in the Dodger Stadium game, underwent finger surgery after blocking a shot in 2014 and, worst of all, shattered his cheekbone when he was struck in the face with a slapshot while playing in Finland during the 2012 work stoppage. He played on a non-functioning groin in the 2016 San Jose series and underwent shoulder surgery that off-season. Godspeed to Alec, who again gave his body to support his teammates and will do so again without hesitation when he returns. 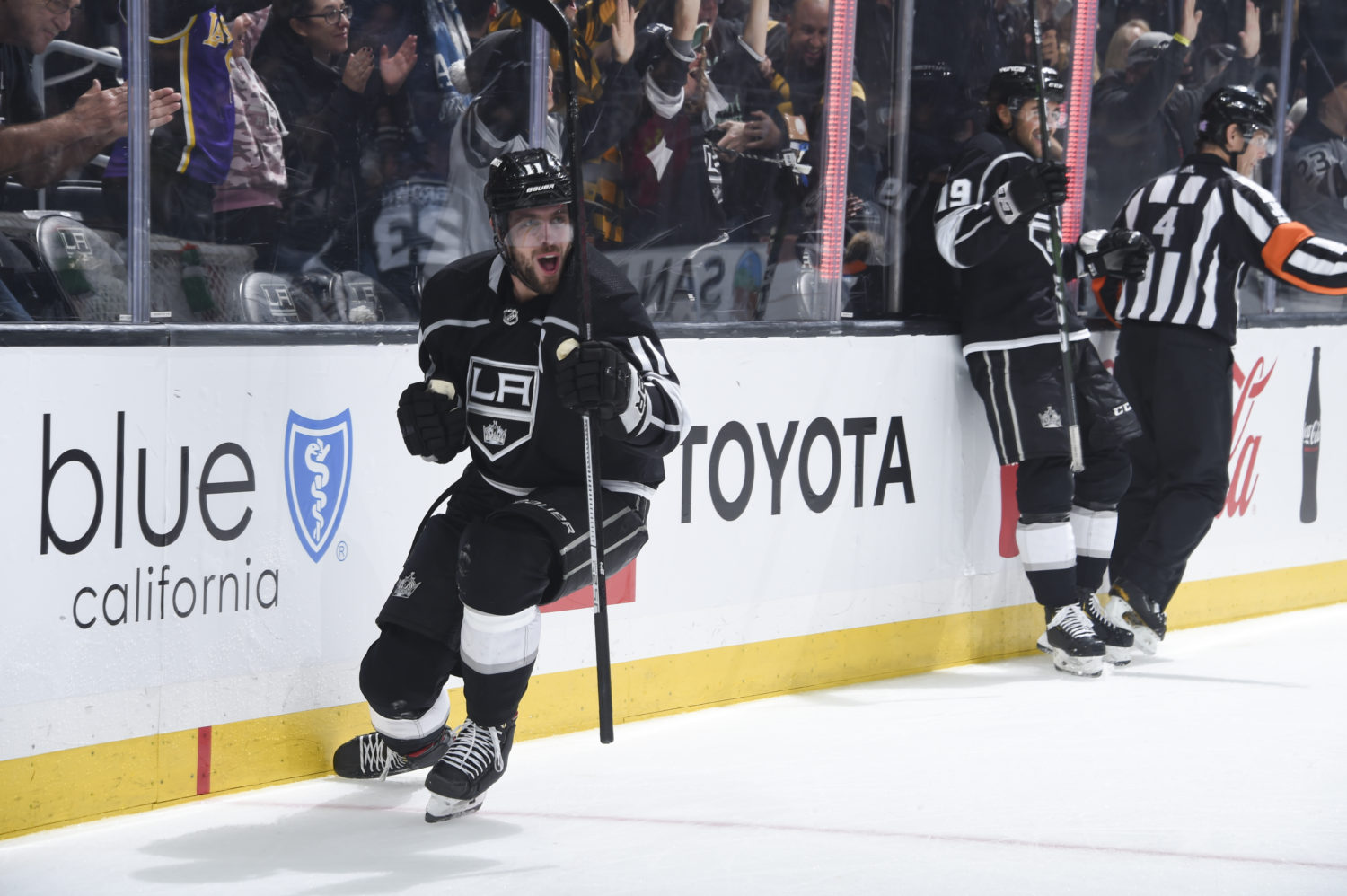