Waking up with the Kings: November 15 - LA Kings Insider

The LA Kings didn’t score a power play goal but used their late-game special teams to eke out a narrow but deserved victory over the Detroit Red Wings in a game they had a good handle on from the start but weren’t able to transfer their purpose in the offensive zone into actual offense until late. They were good at getting towards the net and denying Jonathan Bernier the ability to see or play pucks cleanly, and Matt Roy, who earned an important assist with his family in attendance, did a good job of hammering a hard, low shot that would either create a dangerous rebound or allow a forward to get a stick or skate on it. Adrian Kempe, who had good jump and won battles to sustain offensive zone time in his shift to left wing, used that purpose to get to the front of the net, a spot he’d been used at on the power play early this season. Drew Doughty made an – interesting – play in overtime, if “play” is loosely described. I’m interested to hear more from him and the team about that, because generally defensemen are discouraged from picking corners 40 feet out in overtime, and it seems there may be more cavalier, risk-accepting swashbucklin’ sneaking into his three-on-three usage, which, let’s face it, comes with the league’s best overall body of work. He’s got five of their league-best 42 overtime goals since 2015. 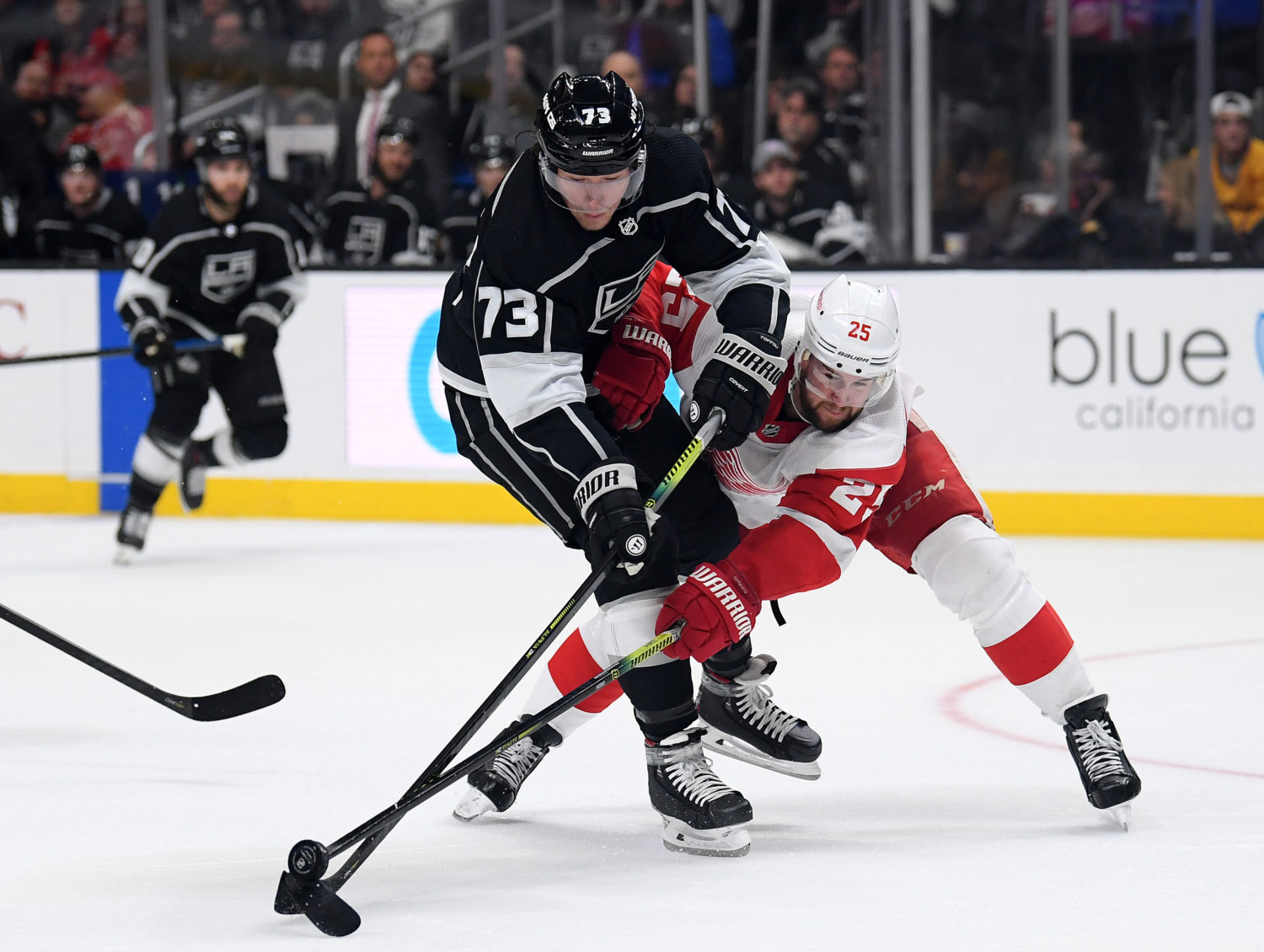 There were a few Todd McLellan nuggets on Thursday that were worth your time. One was particularly revealing. You may have noticed the Walker-Doughty righty-righty pairing used over the last two games. Kempe switched to left wing on Thursday after sitting out a game. Players have come out, players have come in, players are apparently practicing but not playing. Without getting sidetracked, the important part: “The back end, the forwards, it’s going to be in and out, moving around all season. Guys are going to experience different roles, different minute levels, just so we get to know, and they get to experience.” Taking stock! And, as McLellan clarified after the game, in the 1-3-1 the left wing and center are nearly interchangeable, and if Kempe’s the first player back in the zone, he’ll assume responsibilities generally associated with a more traditional center and play down low, in the middle of the rink. In any event, he was winning battles to sustain zone time and was active and physical, so the first returns from the change were positive. But you should very much highlight that McLellan quote, nail it to a door or get it tattooed on your bicep rather than angrily Log On and yell at reporters about the team’s irregular usage of Forward X or why they’re being so patient with Defenseman Y. 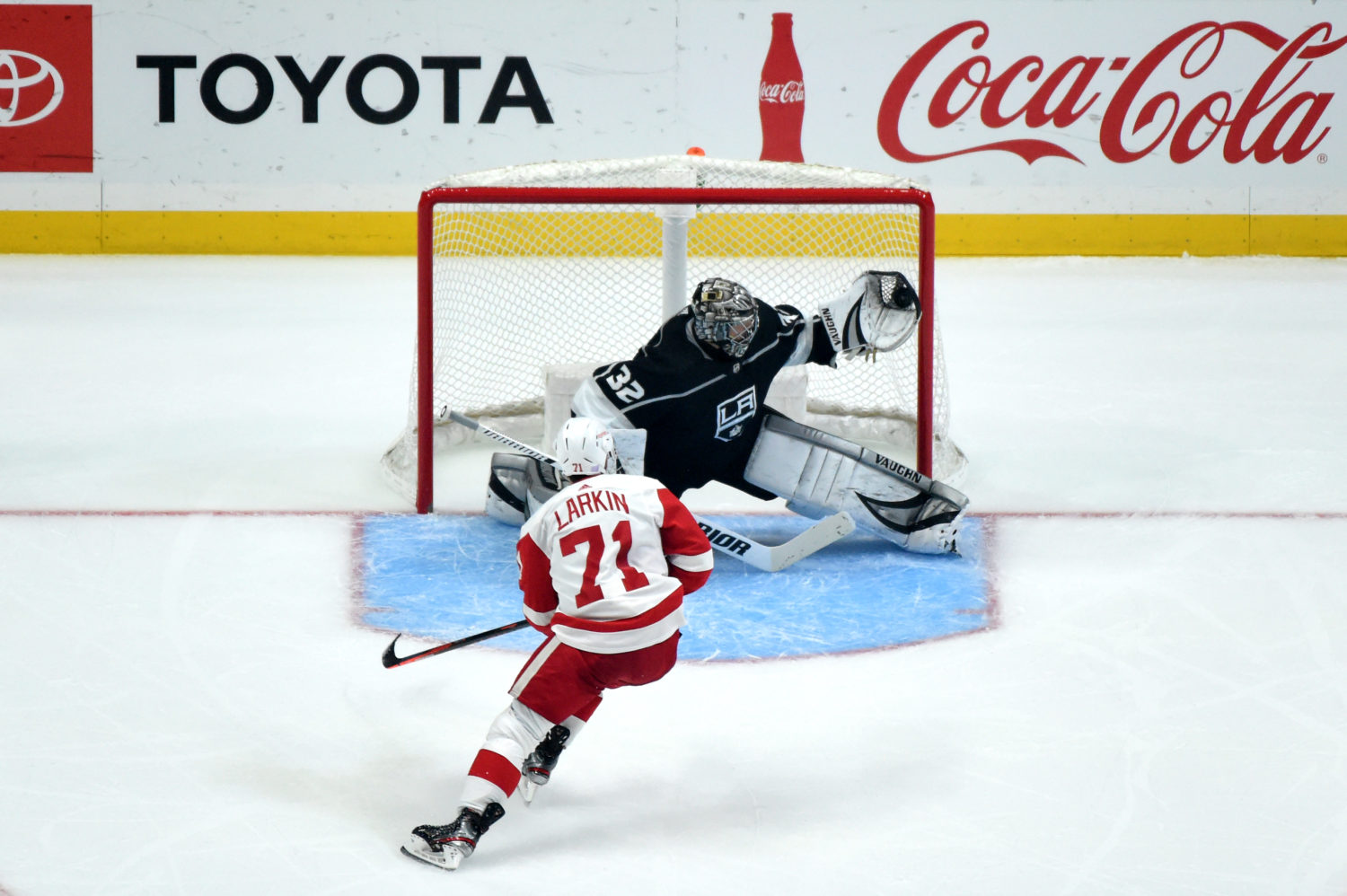 It’s hard to look at the Red Wings and not take some pause and acknowledge the cold harbingers of an ongoing rebuild. They’ve experienced a rash of injuries, especially on the back end, but only two defenseman who played Thursday had skated in more than 185 career games, and one of them, Jonathan Ericsson, had been waived and assigned to Grand Rapids earlier this season. The Red Wings selected a goalie 30th overall in 2008 and didn’t own their first round picks in 2009, 2011 and 2012. That’s not necessarily a correlation to having missed the playoffs for three straight seasons and winning only one series over their last eight. Detroit does not fit the profile of a team that went through a concerted rebuild to construct their nearly two decades of success, but rather a team that benefited from its culture, leadership, coaching and outstanding scouting and drafting, which allowed them the patience to bring in younger players and incubate them amidst their legendary success. From Wings teams that generated success late in their dynastic run, Pavel Datsyuk was selected 178th overall, Henrik Zetterberg 210th. Even the greatest defenseman in NHL history was taken 53rd overall. While there aren’t too many parallels to be drawn between the paths currently tread by the Kings and the Wings, this glance at Detroit does provide the context that roster reconstruction will take due time and patience if not executed with financial restraint and in the absence of a high-end, pick that results in an elite player chosen. 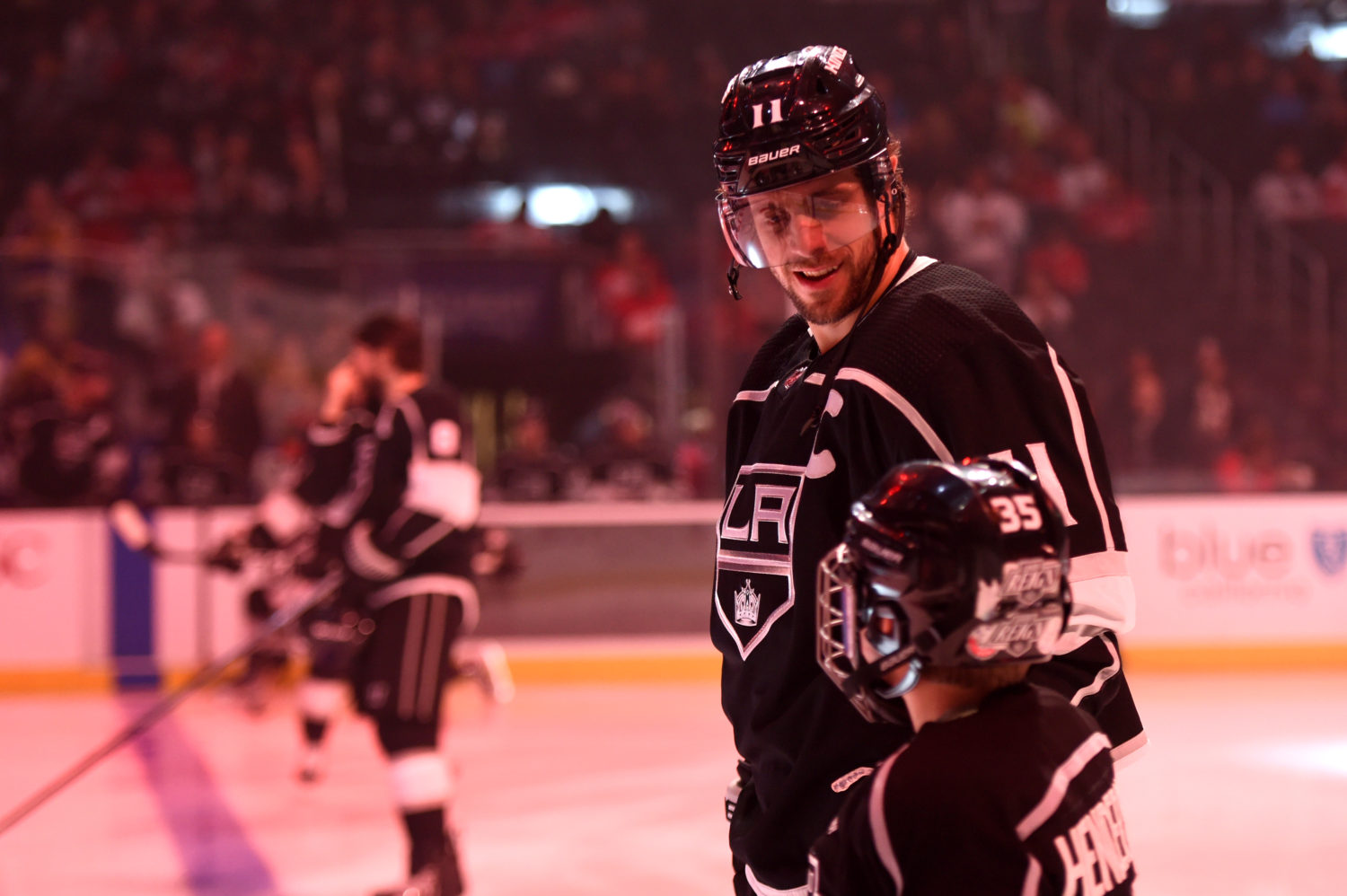