Lineups; Doughty "ready to go," but Lewis out "probably a little bit longer than what we originally anticipated" - LA Kings Insider

Lineups; Doughty “ready to go,” but Lewis out “probably a little bit longer than what we originally anticipated”

–The vitals: Jonathan Quick, 6-3-0 with a 1.88 goals-against average and a. 931 save percentage in nine career games against Montreal, left the ice first and will draw the start in goal. His two shutouts against the Canadiens have come in his previous two appearances at Centre Bell, where he’s accumulated a 120:23 shutout streak since January 31, 2009, when goals by Chris Higgins and Saku Koivu 90 seconds apart in the final two minutes of the third period served up a raucous home win during Drew Doughty’s rookie year. 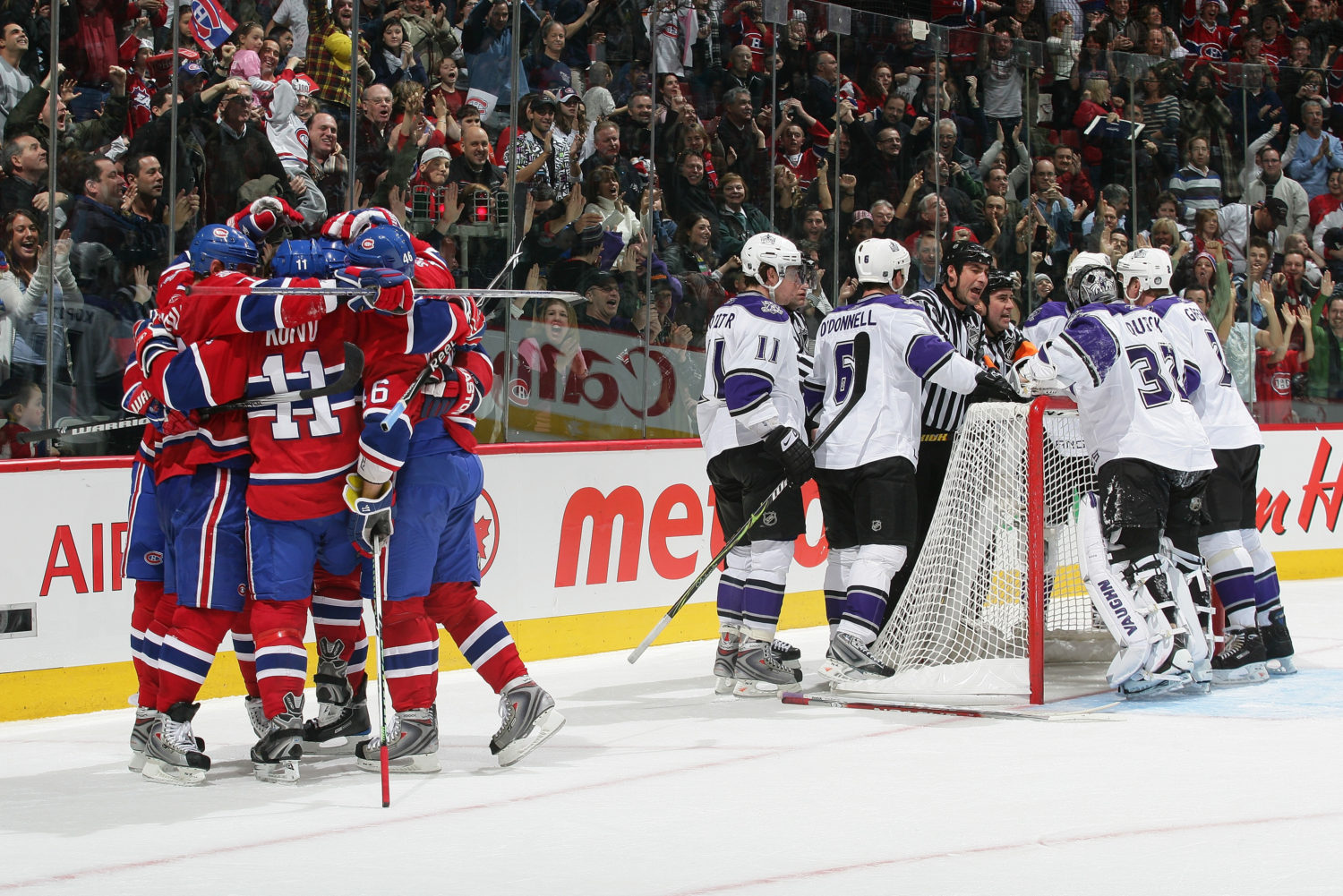 Kurtis MacDermid and Nikolai Prokhorkin were grouped together during rushes at the morning skate and aren’t expected to play. Doughty, who was sore after getting tangled up with Thomas Chabot at the end of the second period on Thursday, acknowledged the benefit of yesterday’s day off and deemed himself fit to play in his club-record 427th consecutive game. “I originally was thinking it was just a little thing, and I was just worried I wasn’t going to be able to play the third period, and it felt fine out there,” he said. “I felt I had a really good third and a pretty good overtime. It felt good, ready to go, 100%.”

Trevor Lewis, on the other hand, is “not available tonight” with the lower-body injury that removed him from Thursday’s game after only three shifts. “We’ll evaluate him a little bit more when we get home, but it’s probably a little bit longer than what we originally anticipated, so he’ll need some time to recover,” McLellan said. No roster move has been made; Lewis has one goal and two points in 16 games.

— Their vitals: We’re assuming it’s Carey Price, who’s started 13 of 16 games this season, and is, you know, Carey Price. He’s 7-3-0 in 10 career starts against Los Angeles with a 2.53 GAA and .916 Sv%. Per Claude Julien, the Habs, who have been “flat” and “very ordinary” recently, have moved players around and should line up with forward groups of Drouin-Danault-Gallagher, Byron-Domi-Armia, Tatar-Suzuki-Lehkonen and Poehling-Thompson-Cousins with defensive pairings of Mete-Weber, Chiarot-Petry and Kulak-Fleury, via Arpon Basu. Jesperi Kotkaniemi (groin) isn’t quite ready to return, while 2015 Calder Cup champion Jordan Weal, who has two goals and three points in 10 games, will rotate out. Montreal is 1-1-1 in its last three but has beaten Toronto, Arizona, Vegas and Boston in the past two weeks.

— For a while the Canadiens have been an up-tempo, pace-driven team, and that reputation still holds up.

“I was telling Blakey that our legs and our minds are going to get challenged tonight based on their pace of play,” McLellan said. “They seem to do a very good job in the long game – end-to-end-type thing – and then they’re quick in the offensive zone to recover pucks, and it’s not one line. They set the bar and then they play to that bar, line-after-line. I’m looking forward to seeing our team play against them. We’re going to get challenged with speed. We’ve got the Kid Line together tonight – that’s kind of what we’ve called them in the locker room. I want to see how they handle life in Montreal against the pace and see if they can provide us with some of their own.”

The “long game” will be something to key in on. It’s not the most contemporary topic, given the challenges the team faced defending 200-foot plays came very early in the season when much of the play was still being sort of being spit out by a random data generator. And, as McLellan shared, the team has shown improvement in defending the against those long chances, particularly so in the Toronto game that opened the trip. But there were opponents like Edmonton and Vancouver earlier in the year that capitalized on Los Angeles experiencing some systematic growing pains in using the entire ice to generate speed chances.

“[Montreal] can go, and they have no problem taking off and using full ice. We’ll get tested there, so we’ll know a little bit more tomorrow or late tonight on how we have or have not improved,” McLellan said.

— Lots more to come this afternoon. McLellan on Ilya Kovalchuk, an interesting chat with Drew , and a few additional comings-and-goings. Tonight’s officials are Jon McIsaac and Brian Pochmara and linesmen Brian Mach and Pierre Racicot. Thanks as always for reading, Insiders. 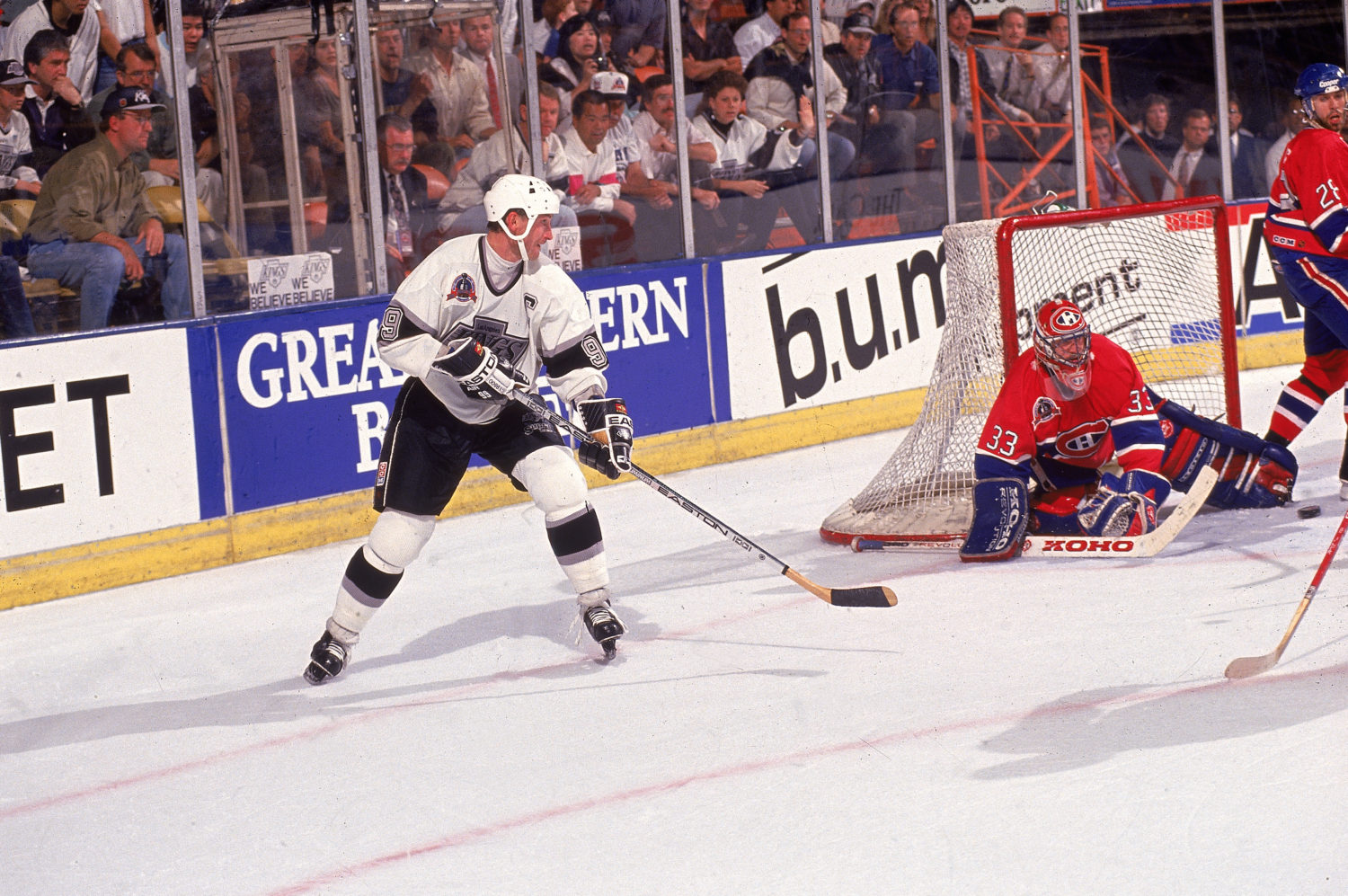