Good morning… college hockey! For a city that doesn’t offer the same type of “recreation” as Nashville or Vegas, or the same weather as Los Angeles or San Jose, St. Paul is still an enjoyable stop. First, it’s Minnesota, and we work in hockey, so a ton of players, coaches, staff and media types often have close friends and even relatives here. Secondly, there’s the St. Paul Grill, which serves one of the league’s better New York strips. (It’s owned by Morrissey Hospitality Companies, whose Passion – Performance – Promise motto is eerily similar to a purple-era Kings slogan.) And, logistically, it doesn’t hurt that the arena is a Matt Dumba slapshot away from the hotel, negating the need to take a bus anywhere.

But more importantly: Hockey. If you’re in town for a Saturday Wild game, you’ll have options. And, lo, there are options tonight. I’m planning on taking the light rail towards The U for an awfully good rivalry match-up between #20 Minnesota and #8 Minnesota-Duluth, while several other hockey figures (and perhaps a broadcaster) will head northwest on I-94 for #14 St. Cloud and #11 Northeastern. Go Huskies! Beat the Huskies!

I caught the Gophers twice as a fan while a student in Ann Arbor; we lost both games. The first was a November, 2001 College Hockey Showcase loss to top-ranked Minnesota behind a Jeff Taffe hat trick and a win by ex-Monarch (and King!) Adam Hauser. The second was in the Frozen Four the following year in Buffalo, when Thomas Vanek’s OT half-wraparound winner completed a 2-0 comeback and was followed two days later by a title game win over Colin Hemingway and UNH. I’m willing to forgive and forget and catch a game in one of college hockey’s most famous halls.

Thanks for checking in, Insiders. There’s a practice at the big rink scheduled for 12:00 p.m. Waking up with the Kings will follow, as will a fun Teach Me that features Jonathan Quick. I hope you have a wonderful Friday, Insiders, and that there are college and junior hockey options within a reasonable commute. Let’s talk soon. 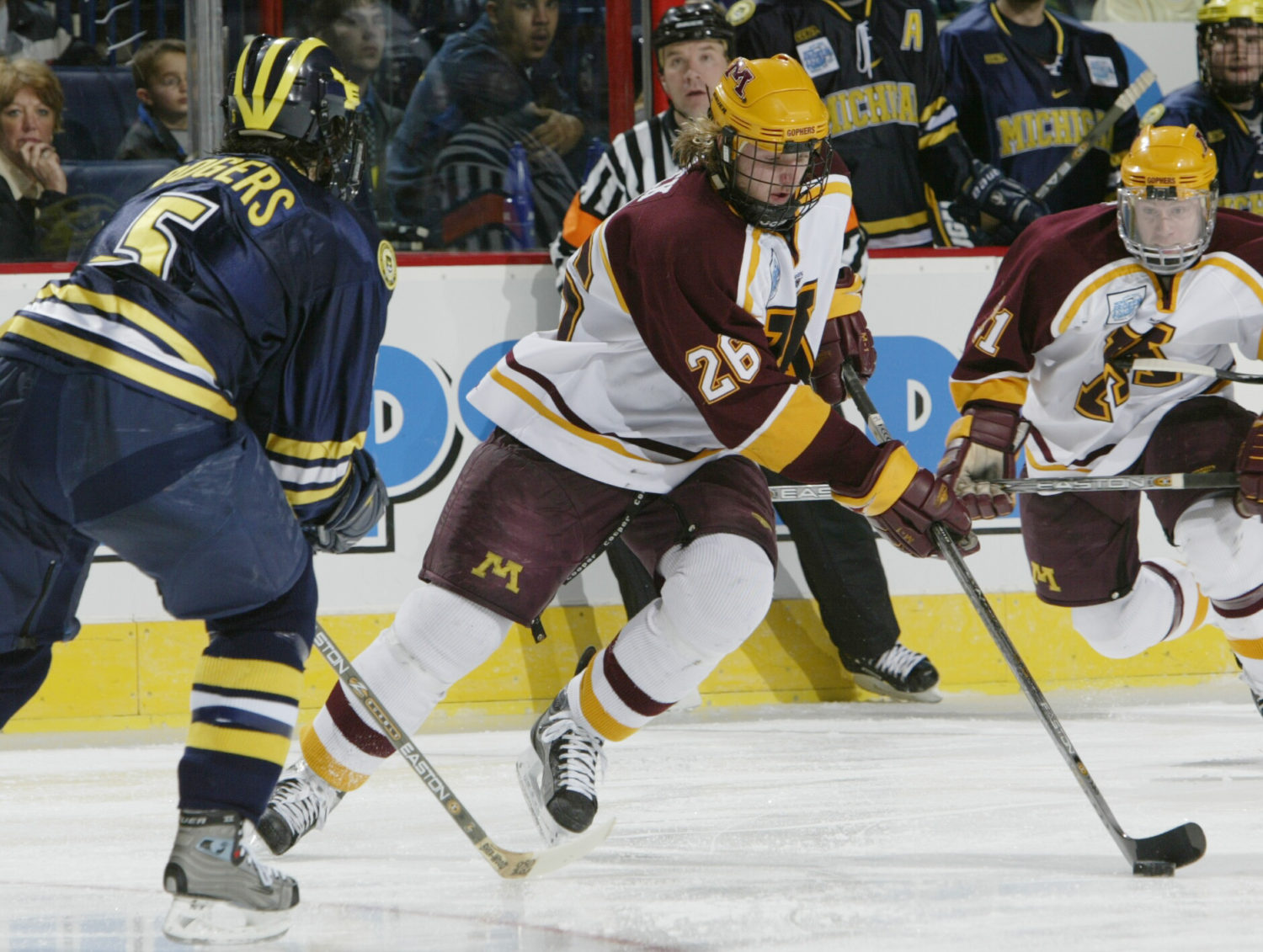