— If you’re looking for tonight’s lineups, they’re here. “Quickie’s playing tonight,” McLellan said when asked about formulating a short-term goalie schedule. “We look at who we’re playing, we look at the past game, we look at practice habits, we look at confidence level and the goaltender himself. I rely on Bill Ranford an awful lot for his input, and then we go around the coach’s room. We feel really fortunate because we have two that can play and two that are picking up some steam right now and getting more and more confident as the year goes on. Maybe the toughest position to play right now, because we are a little unpredictable with some of the mistakes we make. Still trying to figure out new systems, and all of a sudden, bang, a chance is coming back at you. As we get better, they’ll feel more comfortable in the pipes, too.”

— Today’s media scrums reprised some of the “individual rivalry” questions we’d heard around the recent Calgary games and Todd McLellan’s impressions of the first eight games of the season. As shared, the players are still thinking through several situations “rather than playing,” and he wants more natural, innate reactions. He was asked philosophically about why it’s difficult for teams to “play the full 60,” one of the most cited refrains around a hockey dressing room.

“The ‘why does it happen’ – it happens with the best teams in the league, it happens with evolving teams, momentum changes, penalties are taken, a bad goal is scored, an error is made, and every team reacts a little bit differently. I think that we revert back to a more passive game sometimes, and that backs us off a little bit. So, it’ll take time for us to develop new habits rather than revert back to old ones,” McLellan said.

— I only caught the beginning of the Paul Maurice press conference this morning, though the entirety of his questioning is below. (Not that it isn’t interesting – Maurice is always interesting – but you may want to skip past the first two minutes, which reveal his shootout choices and what he thought about Winnipeg’s last game, a 1-0 shootout victory over Edmonton that didn’t feature as much scoring as one might have expected.)

It’s not a league secret that the Jets defense took a significant hit as the team accommodated Jacob Trouba’s trade request and dealt with the bombshell that Dustin Byfuglien would take a personal leave of absence and was considering retirement. There have been some encouraging returns, like defenseman Neal Pionk – acquired in the Trouba trade – registering two goals and six points over an average of nearly 23 minutes through his first 10 games in Winnipeg. Defensive prospect Ville Heinola, selected 20th overall in June, has one goal and four points in seven games. He’s one of two 18-year-old defensemen to play in the NHL this year along with LA’s Tobias Bjornfot, selected 22nd overall.

Even with a rebuilt back end, Maurice has been encouraged. “There’s lots of good in our game, and I think that it’s really important that the focus in the room isn’t our defensemen, but our defense, our five-man. And there’s a willingness there. I thought the Edmonton game was that. I liked the way our back end played. It was a real challenge for them.”

— Jets, Jets, Jets. More Jets. Not particularly important to today’s game – the player is injured – but I always enjoy when a coach suggests an active player may venture into coaching. Today, that was McLellan talking about Mark Letestu, who’s currently on injured reserve with an upper-body injury but played for the L.A. coach in Edmonton. “If I was to pick an individual – I don’t know if he has any interest or not – that was going to be a coach when he was all done, it would be Testy. Thought the game really well, he was well-liked by his teammates, he provided leadership skills. He can play in any type of game – fast, slow, physical-type game.”

— Even more Jets. This isn’t exactly a hot take, but I’ve always been impressed by the Blake Wheeler-Mark Scheifele connection, which – great news for the other 30 teams – has been complemented by Patrick Laine. But I’m just a blogger who tweets and eats Skittles during the game. What do those who actually wear skates think about vying to shut down that line?

“Obviously those are some pretty big names and skilled and smart players,” Ben Hutton said. “They’ve got a good mix of everything, they’ve got some playmakers, some shooters, and all of them can skate with pretty big bodies. So that’s going to be a hard line to contain, but at the same time, if you’re working as six guys on the ice, if you’re including the goalie, and if we’re sticking with our systems, we should be fine.”

Doughty referenced Scheifele and Wheeler’s size and speed on Monday, and how that leads to a “very hard element” to contain. And even in the absence of Byfuglien and Trouba, and with a variety of smaller, lightining-quick skilled players like Nikolaj Ehlers and Kyle Connor dotting the roster, “for the majority, they’re still a big, heavy team to play against,” Hutton said.

— Tyler Toffoli last missed an NHL game early in the second half of the 2016-17 season when he was checked into the boards legally by Columbus’ Josh Anderson, resulting in a leg injury that would sideline him for 19 games. He wasn’t at 100% when he returned from the injury, but played through discomfort and tonight will play in his 202nd consecutive game, the second-longest active streak on the team behind Drew Doughty’s franchise record streak, which is about to reach 419 consecutive games. “I don’t really think I look at it, but I just love playing,” Toffoli said. “Obviously I’ve been pretty fortunate since my last injury that I’ve been pretty healthy and everything I’ve had to play through hasn’t been too major.”

The lone player on the roster with one Stanley Cup ring, Toffoli has grown alongside an already mature group. It’s an interesting dynamic within the room as Toffoli, who’ll play in his 500th NHL game midway through the season barring casualty or anything unforeseen, has evolved into a veteran alongside those who were established figures, leaders and captains. “I’m definitely trying to take more of the same leadership-veteran approach, because I’ve been in the league long enough and I’ve seen a lot that’s gone on,” he said.

He’s a charismatic and well-liked figure, even if his leadership doesn’t manifest itself in the same manner as Matt Greene holding court as a load-bearing dressing room bulwark. He sees his own piece of the puzzle as a leadership-by-doing figure, and he takes pride in how his efforts along the wall and short passing plays are good example for younger players, as well as the advice he provides. “Those little things go a long way in games,” he said.

— Tonight’s officials are referees Furman South and Dan O’Halloran and linesmen Ryan Daisy and Steve Barton. It’s almost game time, Insiders. Thank you, as always, for reading. And before we load up the game thread, here’s one of three goals scored by Tyson McLellan, Todd’s son, during Denver’s weekend sweep of Boston College:

Tyson, a senior and alternate captain with the Pioneers, was named the NCHC’s Forward of the Week and has three goals and four points through his first six games. Carrlyn Bathe will join Todd during LA Kings Live for a scouting report on the 1996-born forward-slash-next-of-kin. 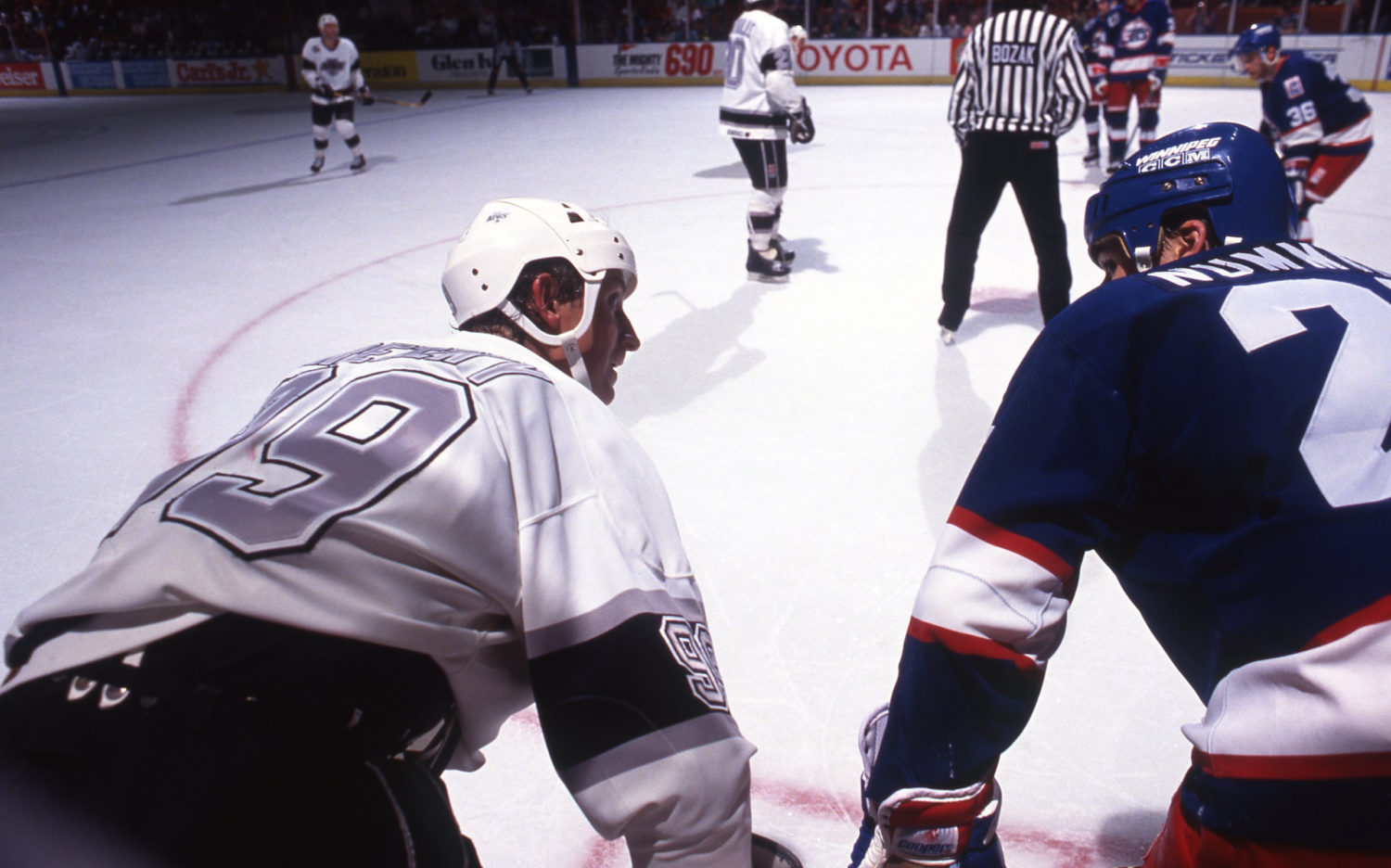