Waking up with the Kings: October 14 - LA Kings Insider

The Vegas Golden Knights won the special teams and goaltending battle and cruised to a 5-2 win over the LA Kings that depicted a wider result than the five-on-five play would indicate. That’s not to say Vegas wasn’t the superior team in most facets – going 3-for-3 on the man advantage away from home says nearly as much as you need to know about this game – but that despite a number of shortcomings, LA has been making some strides structurally and in their push to stoke more out of their offense. The Golden Knights very clearly assumed control of this game with an airtight second period that bled into the third. (Also: They are another Stanley Cup contender.) But the real pivot in this game was in the first period, when Marc-Andre Fleury stood firm against a Kings blitz and was only felled by a wonky but Extremely Austin Wagner Goal. But by then, the visitors had already built a 2-0 lead off a pair of short-side goals with Los Angeles leading 6-2 and 9-4 in shots at the time. Quick recovered to make some big saves and wasn’t at fault for the later goals, but that lack of timeliness contrasted with Fleury’s acrobatics at the other end as Grade-A looks from Jeff Carter (x3) and Anze Kopitar were rebuffed. There’s your game. 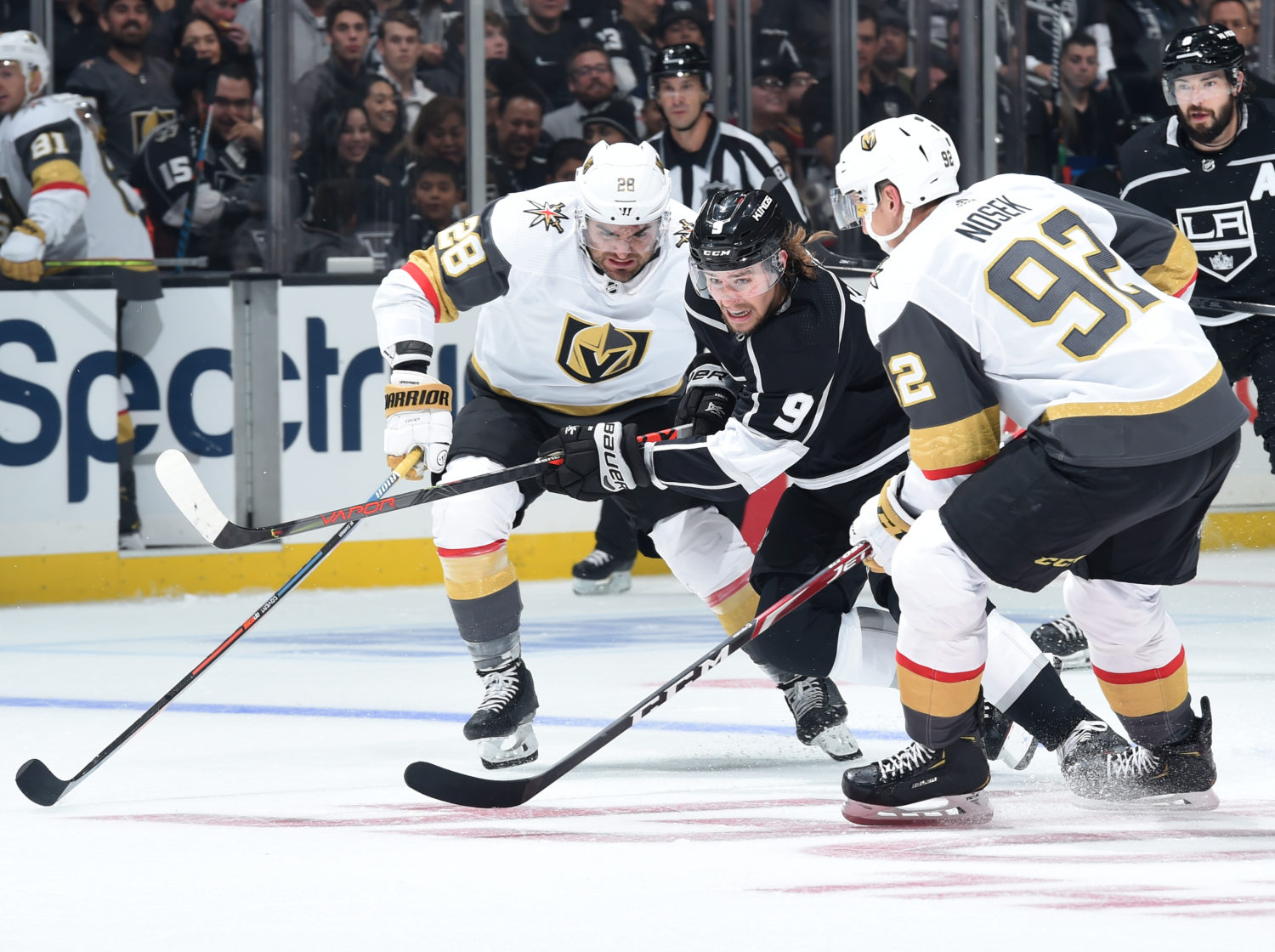 That’s not to place too much of the early season challenges on Quick – though Quick hasn’t yet been able to make that timely save, like the save Campbell made on Roman Josi shortly before Ilya Kovalchuk’s goal on Saturday. Rather, it’s the overall goaltending that has been poor, and Campbell’s the one who’s gotten the better run support. (Yes, I’m aware of the five goals the Kings backed Quick with on opening night.) The team ranks last in the league with an .830 save percentage. That’s obviously not sustainable, but it does mark an awfully poor start to the season, and even Campbell was dodgy in the Calgary game. Whichever goaltender demonstrates any standout run of play will be given a long rope; Campbell, who is 2-0-0, started the home opener and the first night of the back-to-back, probably will be that goalie for the time being. While they’re also doing a good job creating shots and chances, some of their deeper early numbers do depict a team with suspect Corsi-against, chance-against and high-danger chance-against metrics, and bottom-of-the-barrel save metrics. (As always, these more nuanced numbers don’t mean a ton in October, when there is a highly imbalanced schedule; by the middle of next week, L.A. will have played the defending champions as well as five games against other Cup contenders and a currently undefeated team among its first 10 games. Don’t go to the bank over what you see for the first three or four weeks of the season, and wait to place stock in some analytics.) But there’s no great possession or chance-based drop-off from their (middling-to-poor) metrics last season:

In other words, there hasn’t been any radical change in their shot metrics (though their chances against have risen). Their expected goals-against rates in five-on-five play has actually gone down negligibly. Their goaltending has taken a five-on-five plunge. Also: Not all of the game is played at 5×5. Their penalty kill ranks 30th in the league and was the principal reason they lost on Sunday. But there’s a reason why they rank squarely in the “fun” quadrant of a recent goaltending stats visualization graph. (Or, in the case of Micah’s most recent “Game Wildness” graph, squarely between “Lose Scrappy” and “We May Win But I May Die.” This is at the moment not a very good hockey team, but they’re most certainly an active one with an explosion of chances and high-danger chances-for. This is essentially what the Kings pitched to rightsholders, to sponsors, to season ticket members, to several fan groups late last season as they charted their “refresh.” First and foremost, this is an organization that wants to be defined by character, work ethic, compete level, all those intangibles that will remain parts of championship teams. But they also want to be an aggressive team, one that pushes the pace and is prettier on the eyes. That’s not any knock on a style of play that won championships – Under Darryl Sutter, those 2012 and 2014 Kings groups attacked and were awfully hellbent on competing for and winning pucks back, particularly in the playoffs. While the early-season data isn’t particularly useful yet, it’s better to have opened the season with good offensive metrics than lousy ones. 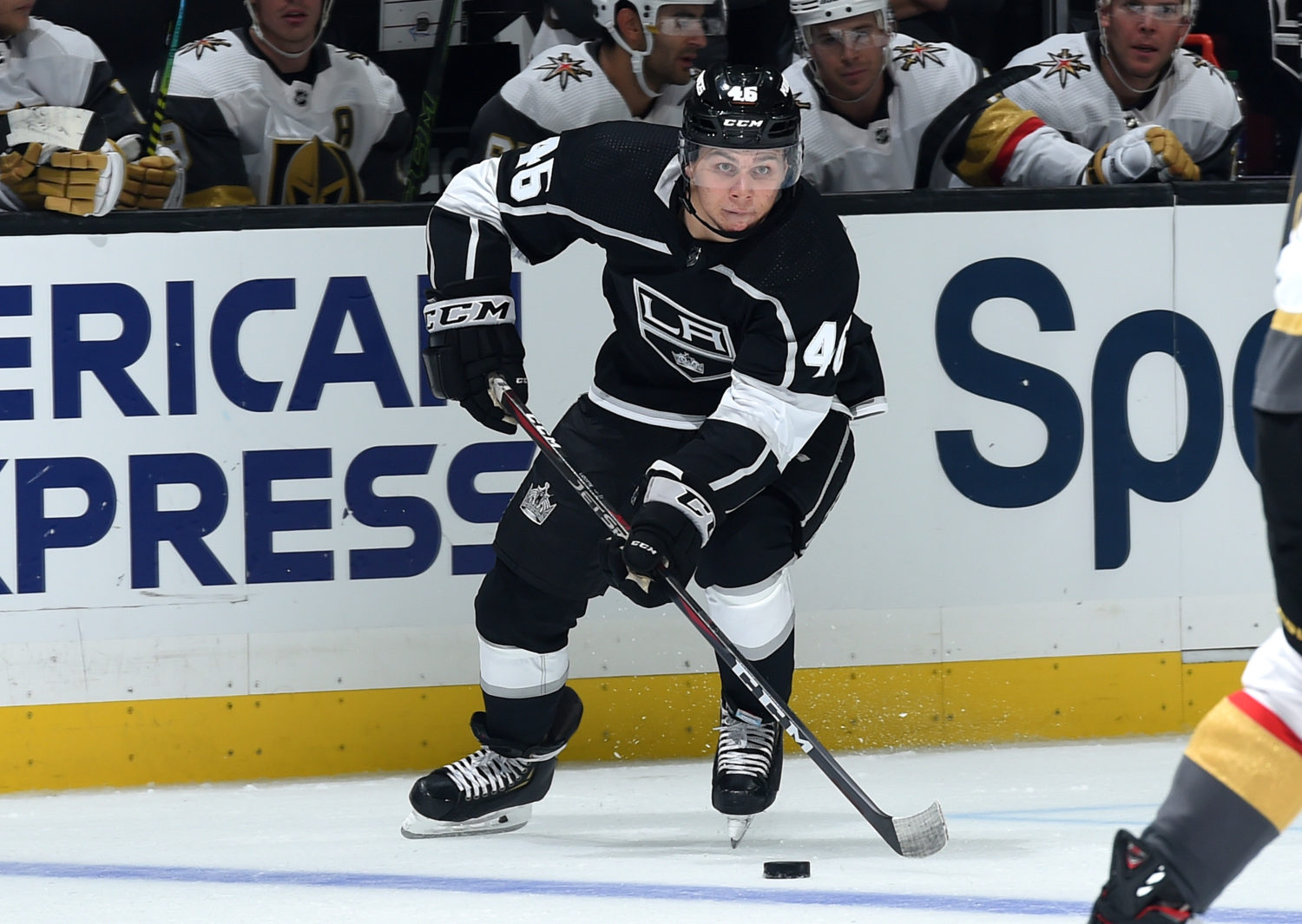 In other words, you take your medicine right now. If there’s anything I’ve learned from the season thus far, it’s that I’m probably raising my inner expectations by a point or two based on what I’ve seen through five games. 21-year-old Blake Lizotte darts and slides through traffic and is the smallest guy on the ice some nights and isn’t afraid to get to the toughest areas when staring down redwood defensemen. When was the last time you thought “this is someone who will help this hockey team” after only five games? Michael Amadio is top-50 in the league among qualified skaters in individual scoring chances per 60 minutes and was good territorially on Sunday – though his line was scored on twice. These are the players who will gradually usurp minutes, responsibility and reins from more established players, and they’ve had an encouraging start. On the other hand, there are still long-term questions over several individuals with term left on their contract. Quick struggled; Carter was unable to put the team ahead early and has one assist and a minus-five rating, even though he was sharp Sunday. Adrian Kempe, though he was better in disrupting chances and earned his second assist, was again pushed back in his zone in the loss. An additional 77 games remain for all parties to show what they’re really about, and a pace-driven, structurally and positionally sound Carolina team arrives Tuesday to provide the latest and sternest test of how much they’ve learned in the season’s first month. 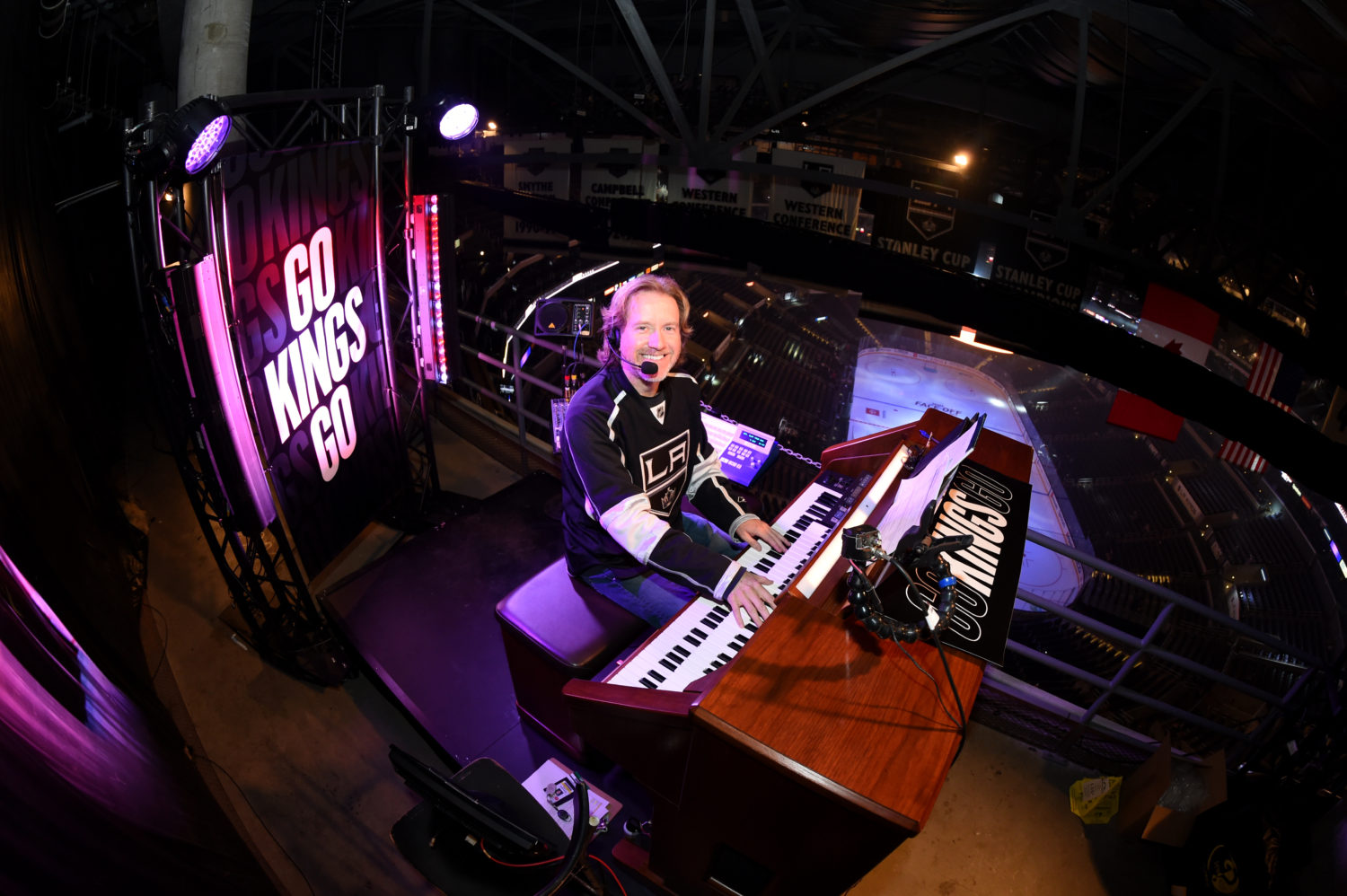