Todd McLellan, on the importance of Jonathan Quick having a strong preseason:
I think he’s done it all training camp from the very first day he put the pads on. He’s worked, he’s been attentive, he’s got a little fire in him right now, and he had a tremendous night, so that’s a real good thing for us heading into a week of practice.

McLellan, on the team’s final preseason performance:
I saw some ups and downs during the game. I thought we started very well, we played a real strong first period. After that, I thought our power play took our momentum away from our own team. Give them credit – they did a good job of penalty killing – but we gave a lot back in that area. It looked very mechanical to me when there was nothing flowing about it, and we’ll have to fix that over time, but the break came at a good time for us. We regained a little bit of composure, and the good sign was even though we gave up those two quick goals, we stuck with the plan and the program and found a way to get it bac.

Jonathan Quick, on whether he got what he needed out of the preseason:
Yeah, played some games. The team looks good, we’re ready to go.

Quick, on the progression of the game:
I think that first period, that’s the way we want to play. We were creating chances, we were on the forecheck, we were making them go through five guys to get it out of their end. I think they got the better of us in the second and then they tied it up and we turned it back on, we created enough chances to get that third goal there.

Quick, on a week elapsing before the opener, and how that affects a goalie at the start of a season:
You know, we’re practicing. We’re going to get a day off tomorrow, and then we’ll get back to work. With the way we’ve been practicing, I don’t think we’re going to lose a step because of the pace that we’ve been practicing with. It gets you going. We’ll stick with that and we’re looking forward to start the season.

Quick, on whether the raised pace and aggressive play affects how he reads the play as a goalie:
Not really. Everything’s in front of you, so you’ve just got to read and react. Whatever the system happens to be, you can have the best team in the world but there are going to be breakdowns, so you’ve got to be ready for shots from anywhere. So, you just read and react. 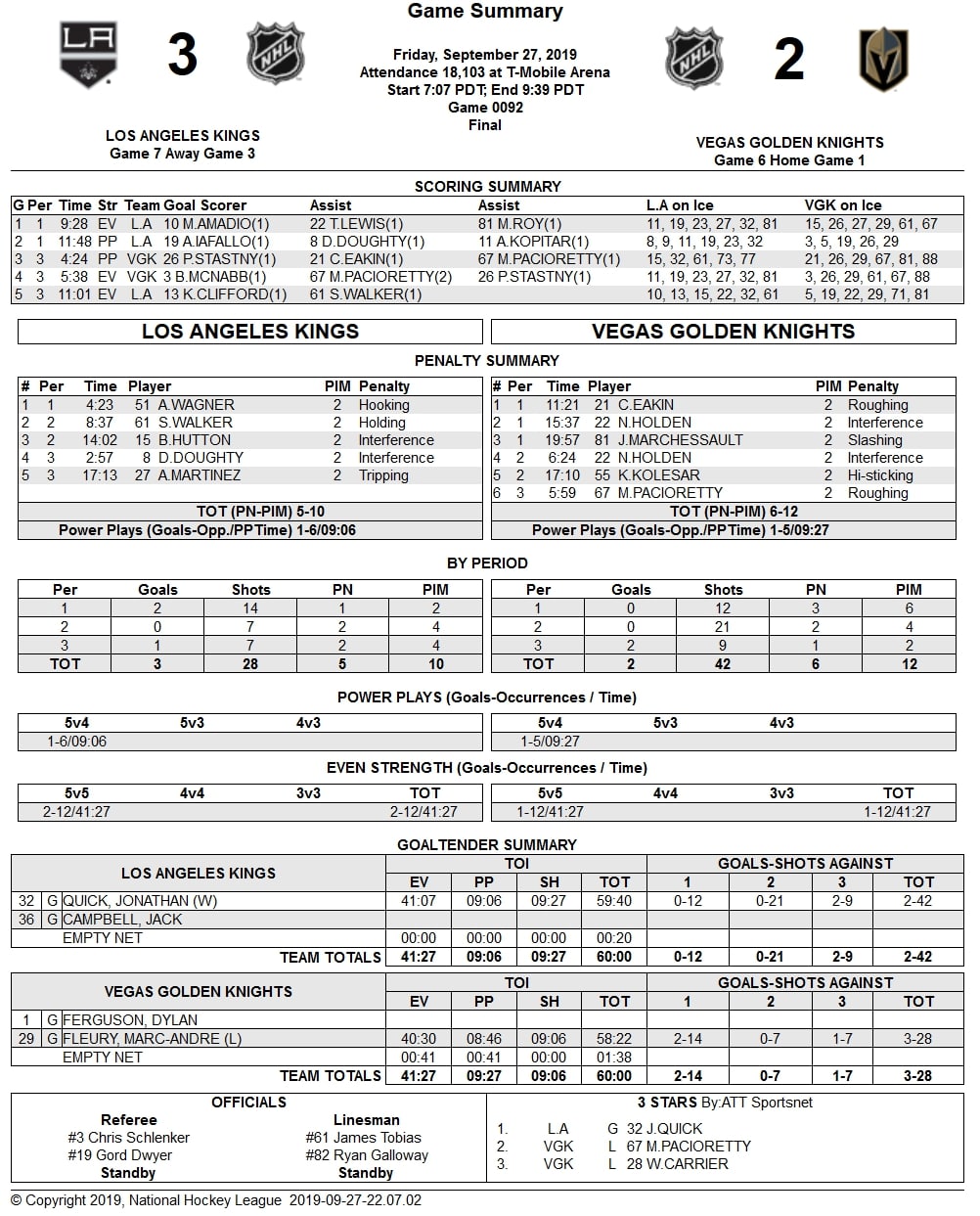 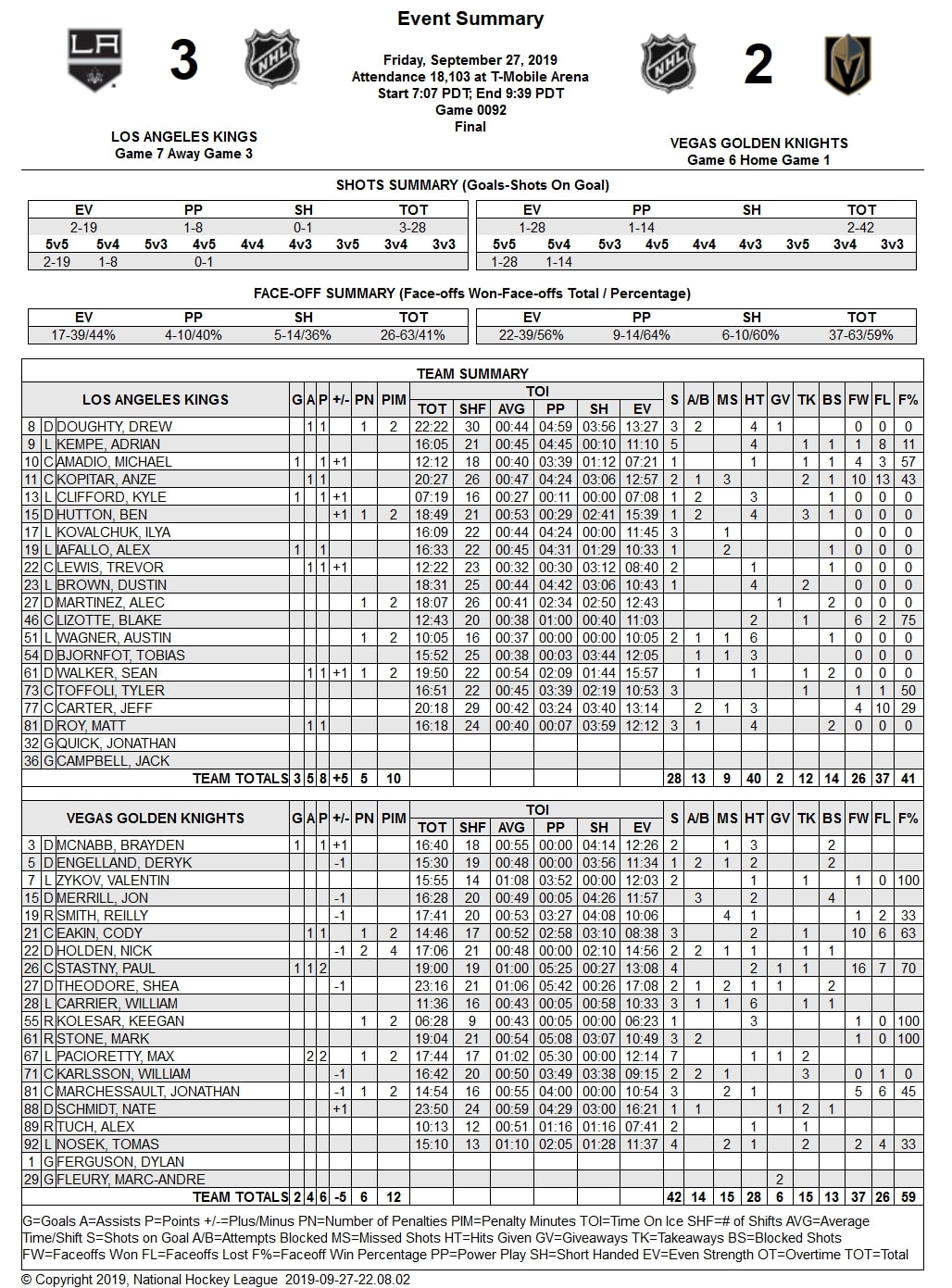