INSIDERS. Two preseason games left, and both are televised. The LA Kings will brave the traffic to Orange County on a Wednesday – may want to leave now, guys – to face the Ducks (7:00 p.m. / Prime Ticket / FOX Sports GO / LA Kings Audio Network) in a game televised by the Anaheim crew, our FSW brethren. This will be a younger lineup. “We’re giving everybody an opportunity to play that we feel is competing for certain positions,” Todd McLellan said. More on that in a minute. First, tonight’s projected alignment:

— Back to McLellan’s comment on giving everyone an opportunity to compete for certain positions. “Now, some will say, ‘well, isn’t Tyler Toffoli competing, and Jeff Carter?’ Yeah, they are,” he continued. “But this is a youthful lineup that’s going to play against a pretty experienced lineup in Anaheim, and it’s by design. We’ll see what type of stress the kids can handle and how they perform, and we expect a good night from our guys.”

I’ve found that when coaches are asked whether they allot attention differently in the preseason than they would in the regular season, or if their means of evaluation differ at all in the preseason, the answer is often ‘no.’ There’s a different focus team-wide heading into the final several preseason games, though it’s still geared towards the continued understanding and execution of a more aggressive structure in today’s case than it is towards more acute and individualized player evaluation.

“We know where we are on the structure spectrum, and we’ve added a small piece,” McLellan said. “If that piece comes up in a game, we should see our guys functioning with some sense of knowledge and trying to make it effective. The rest is polishing up what we’ve worked on.”

— Jonathan Quick was the first goalie off and is projected to start. Jack Campbell will back him up. Alex Iafallo, Anze Kopitar, Dustin Brown, Tyler Toffoli, Kurtis MacDermid, Tobias Bjornfot and Drew Doughty remained on the ice for extra work and are not expected to play tonight. Expect them all to play in the preseason finale Friday night in Vegas, a game that will be televised by the NHL Network. “We don’t know about injuries or bumps and bruises, but most teams have a tendency to get down to a much more workable number by that last game,” McLellan said. “You play that, and then it’s game on.” Jaret Anderson-Dolan and Rasmus Kupari skated with Ontario this morning, though they’re expected to play tonight.

— I’ll have more next week on the absurdly long break between the final preseason game on Friday and the season debut in Edmonton one week from Saturday. I asked whether it will be strange for goalies to go so long without seeing real pucks – though McLellan reminded me of the work they’ll get in prior to taking the ice against the Oilers.

“They’ll see pucks and they’ll see competition in front of them,” he said. “They’ll see hopefully some intensity in practice. It’s interesting and you talk about goaltenders and, ‘jeez, are you overplaying this guy, are you underplaying that guy?’ They practice every day and probably face 50 times the amount of pucks they would in a game. They’ll get their work.”

— There are a number of highly intelligent players to have come through the L.A. dressing room since I’ve been on the beat – Kevin Westgarth, Ben Scrivens, Matt Greene, Rob Scuderi; I could keep going – and McLellan has picked up on another. There’s a reason Alec Martinez is the club’s NHLPA rep and a good conduit between the coaching staff and the dressing room – and as one member of the media observed, a figure the new coach has seemed to rely upon at times to get certain examples across on the ice.

“Certainly he’s a smart player, he understands concepts. He probably only needs to see it once or have it explained once and he’s willing to apply it, so those are the type of players you’d like to use in a walk-through or an example situation,” McLellan said. “But it hasn’t been by design to this point.”

— The Ducks are finishing up a three-in-three tonight at Honda Center and will again turn to Ryan Miller, per Eric Stephens. Tonight’s officials are referees TJ Luxmore and Graham Skilliter and linesmen Bevan Mills and Kiel Murchison. More to come following a dental appointment this afternoon, Insiders. 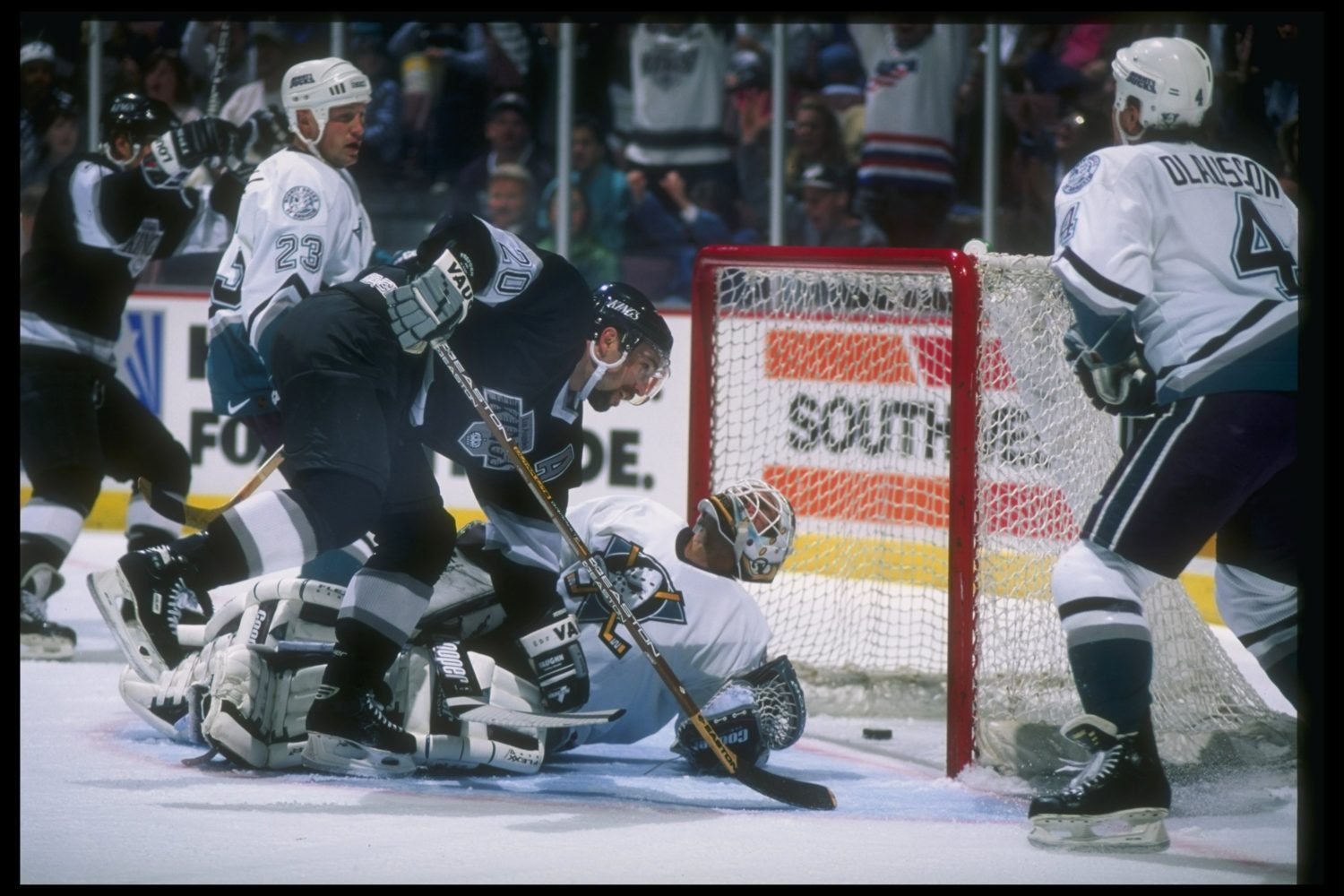