Trio assigned to Ontario; roster at 29

The LA Kings trimmed their roster by three players on Tuesday, assigning forward Martin Frk, defenseman Mikey Anderson and goaltender Cal Petersen to AHL-Ontario. None of the moves represented a surprise or any deviation from where the players had been penciled to start the season, though their transactions do add definition to the roster shaping up ahead of the October 1 23-man deadline.

There’s not much learned today that hadn’t been learned yesterday. The bubble spots are essentially being contested by Mario Kempe, Anderson-Dolan, Amadio, Grundstrom, Kupari, Lizotte and Prokhorkin up front, and among them three or four spots will be claimed. On the back end, one or two players will be trimmed from a group of Bjornfot, LaDue, MacDermid, Roy, Ryan and Walker. Keep in mind that waiver eligibility plays a major role in the construction of the October 1 roster, which won’t necessarily look exactly like the December 1 roster. There’s nothing hidden in that statement beyond the annual reminder that asset retention enters into the forefront of preseason roster construction and that they retain the option to “slide” the first year of Bjornfot’s contract should they – hypothetically – decide to return him to Sweden before he plays in his 10th game (which triggers the first year of his entry-level contract).

Forbort (back) is not projected to return in the near future and is not expected to occupy a roster spot at the beginning of the season, while LaDue entered into his first preseason game Monday against Anaheim, registering four blocked shots in 18:44 – though he and MacDermid, his defensive partner, combined for six giveaways, per the official tally. He had missed the first week of preseason action with a knee injury that put him in skates but apart from the main groups when training camp opened. “Even if you’re not hurt, you want to get as many games as you can just to shake the rust off from the summer,” LaDue said Tuesday. “Especially since I couldn’t really skate that much this summer, as many games or game-like opportunities – even in practice – as I can get would be better.”

Up front, Lizotte has made a very strong claim for a roster spot not liberally distributed to waiver-exempt 21-year-olds, let alone those who stand 5-foot-7 and weigh 172 pounds. But it is the Land Of Opportunity for those in the organization qualified to play center at the National Hockey League level, and Carter and Kovalchuk wrung good juice out of Lizotte as well as any linemates this preseason. There’s good pace and playmaking ability in Lizotte’s game – which to this point has simply passed a few exhibition tests – and a motor that has drawn praise from his teammates. “He’s fun to play with. He’s got a motor, and he goes,” Carter said. “He never quits on pucks, he always seems like he’s in the right spots and he’s turning pucks over. And he’s got great skill – he can make plays, so he’s fun to play with.” In three preseason games, he scored on his lone shot as part of a four-point, plus-three performance.

Frk, signed to a one-year $700,000 on July 1, had cleared waivers earlier in the day. He showed well, accounting for a goal, two points and a plus-three rating in two games and will be among those in Ontario to battle for a call-up based on need. Anderson, who also drew preseason praise and recorded a goal and an assist in two games, will open his professional career with the Reign, while Petersen, who stopped all 23 shots through two periods in Monday’s 3-0 win, will return to the AHL as the heir to any minutes vacated by Jonathan Quick or Jack Campbell as the third link in a deep goaltending chain. He stopped 36 of 38 shots over 67:41 of preseason action. 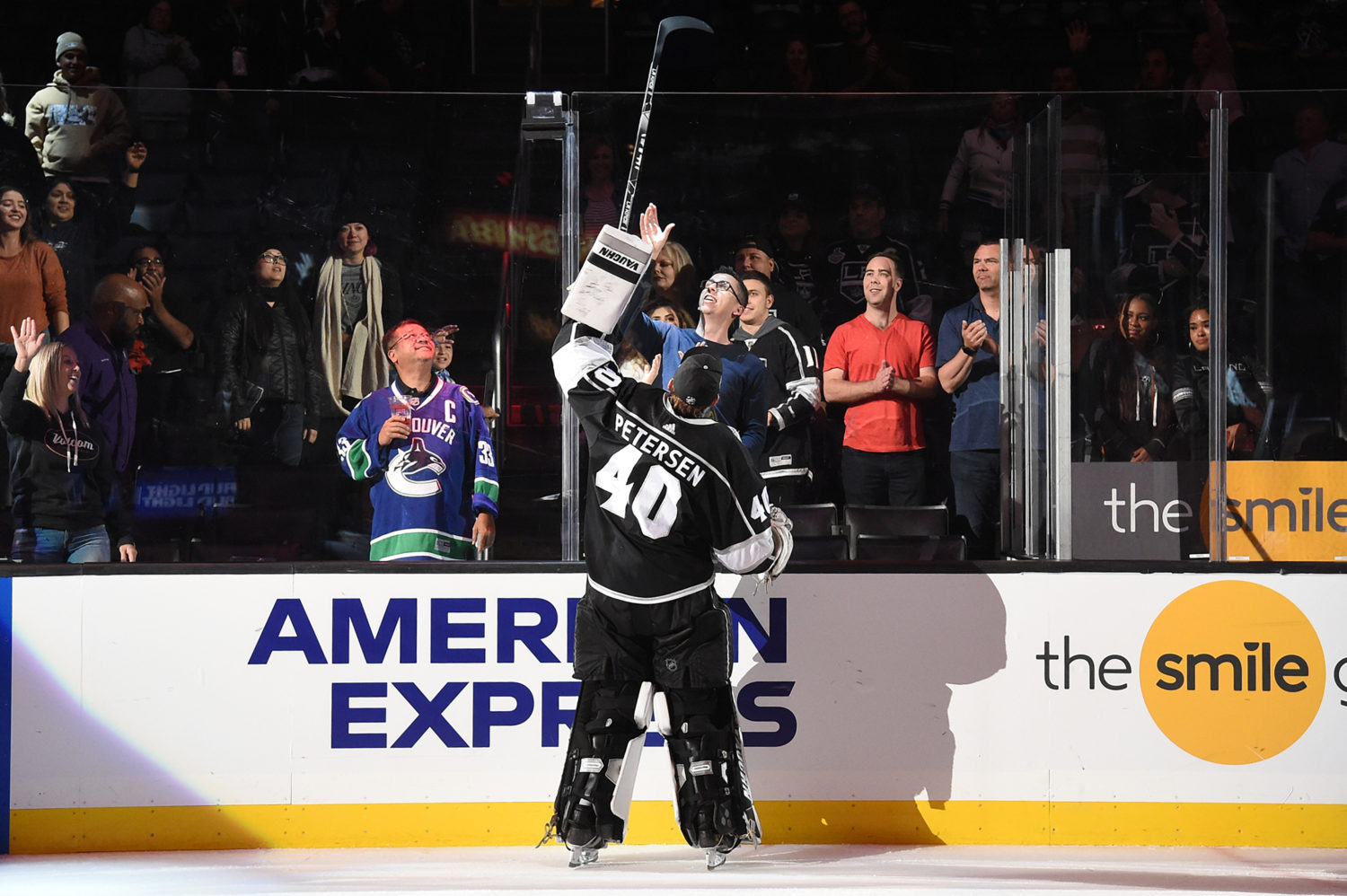