Third Period
20:00 – Campbell spells Petersen (20/20) and faces an early flurry of activity.
14:30 – PENALTY LAK. Tripping on Grundstrom, who got his stick in Lindholm’s skates, and down the defenseman went.
13:35 – Another zone entry disrupted by MacDermid’s stick.
13:21 – PENALTY LAK. MacDermid for hooking, shortly after his stick work. 51 seconds of an Anaheim 5-on-3.
13:00 – Henrique shot, Kopitar block and clear.
12:29 – Henrique shot deflects out of play. 5-on-4 for the next 1:08.
11:28 – SHORTHANDED GOAL LAK. 2-0. After killing the front end of a 5-on-3, Brown generates a 2-on-1 break with time running out on the back end. He shoots the puck off Miller and into the net.
8:49 – Grundstrom hustles for a loose puck and drops it for Toffoli, whose snapper was fended off by Miller’s right pad.
7:42 – Kopitar drives wide around Manson towards the low slot and nearly chips a backhand into the far corner.
6:08 – Nice skating by Hutton to calm a play down deep in his own zone and escape trouble.
3:40 – Sprong has his head down and mid-dangle skates directly into Walker, bouncing off him and falling. Good balance by Walker, I guess?
1:26 – EMPTY NET GOAL LAK. 3-0. Kopitar lobs it into the open net from distance.
0:00 – Two preseason games remain. It’s getting close, Insiders.

Second Period
20:00 – Puck drop.
19:23 – Kopitar drives into the zone, but his shot ramps off Wideman’s stick and out of play.
17:27 – PENALTY ANA. Goaltender interference on Jones, who gets a bit frisky around Petersen during some Anaheim zone time.
15:24 – Nothing going, save for some adventurous defensive zone exits.
15:09 – Hakanpaa grabs a hold to a netbound Wagner while pushing the puck off his stick and towards Miller, who extends his left pad to keep it out of the net.
13:35 – Walker cuts into the offensive zone, receives a pass and fires — but Miller fights it off with his right arm.
12:45 – Terrific shift by Lizotte and Bjornfot. Bjornfot denied an easy entry, forcing a lob into the LA zone that was knocked down by Lizotte and quickly fed up-ice to Carter. Lizotte playing like he’s going to make this team.
11:30 – Not a good decision by Wagner to try to skate the puck out of the deep end of his zone.
11:11 – Iafallo goes down to block a Manson shot.
9:40 – Two good Kings looks, the second of which came from Toffoli and caught Miller’s left skate.
8:58 – Terry nearly converts off a Kovalchuk turnover after the winger mishandled the puck leaving the defensive zone.
8:23 – PENALTY LAK. Walker for hooking.
7:04 – Two good saves by Petersen on Getzlaf, the second of which he lunged to his right to knock down.
6:03 – Good shift by MacDermid, who created zone time by stripping Kase of the puck on a zone entry and pushing play in the other direction.
4:45 – Kings are chasing the play in their defensive zone. Good shift by the Jones-Shore-Sprong line.
4:30 – Lizotte confidence to execute a give-and-go. Ultimately finds Bjornfot, the trailer, who snaps the puck on goal.

First Period
20:00 – And we’re off.
17:35 – Good one-on-one defending by LaDue on Manson.
17:04 – GOAL LAK. 1-0. Carter from above the left circle, towards the high slot. Lizotte plucked a loose puck, danced low in the zone to create space, and dished across the zone to Carter, who beat Miller between the legs.
13:29 – LAK pressure off the faceoff.
13:22 – PENALTY ANA. Wideman for interference after LAK again applied pressure off the faceoff. First LAK unit is Doughty-Lizotte-Iafallo-Kopitar-Brown.
12:25 – Effective dive by Devin Shore to swat the puck out of the LAK zone.
11:39 – Kovalchuk one-timer; Miller save.
6:48 – Good battle by Amadio in a defensive zone corner.
2:50 – Fun shift with JAD, Kupari and Wagner up front and Bjornfot and Doughty on the back end. Bjornfot involved; activated low and worked a puck behind the net.
1:09 – Hutton involved in a netfront scrum in the defensive end. Carter, MacDermid, Getzlaf, Ritchie get involved. Scrummin’.
0:45 – Kovalchuk zone entry, drop to Bjornfot, who whistles the puck well over the net. 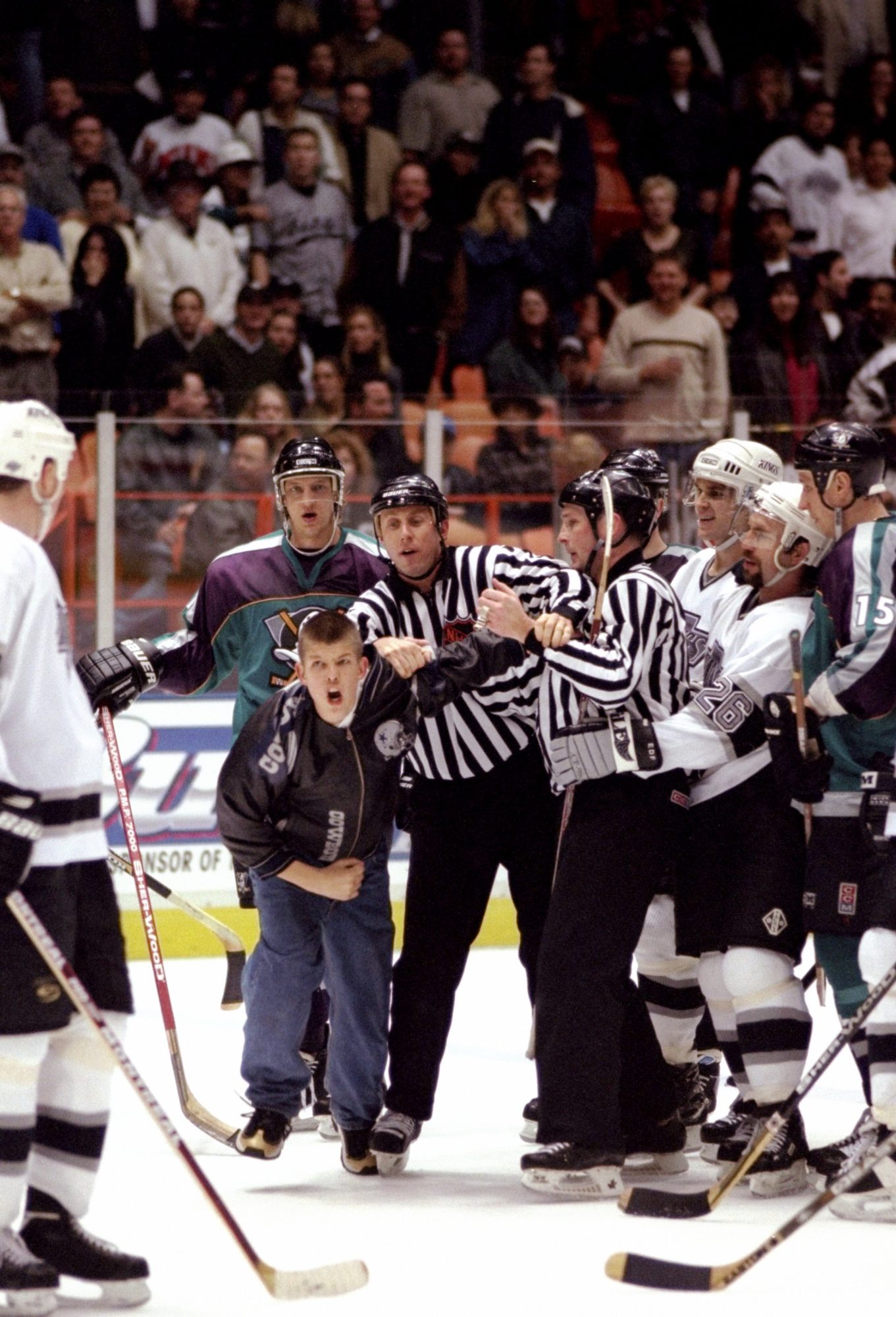