Ace and Mark, forever in our hearts - LA Kings Insider

I was in New York twice in the past year, once with the Kings and once last month on a short trip, and both times found myself walking around the memorial pools in the footprints of the former north and south towers. In February, we didn’t stay particularly long on a beautiful Super Bowl Sunday amidst the constant moving and refocusing of a road trip in progress. But when I visited the memorial and several colleagues some 70 stories above Manhattan in One World Trade Center in August, it was my last stop before heading to JFK and catching a late flight home. Without any hurry or distraction, it didn’t take long for a number of sublimated feelings that hadn’t been felt in a long time to wash over me. I could physically feel that sigh, that moment when defenses were reduced and the emotional residuals of a great national trauma resurfaced.

And then I looked up the plot where Mark and Ace were memorialized, and I walked over to their inscription, and the inscriptions of Juliana Valentine McCourt and Lisa Anne Frost and Peter Morgan Goodrich and Ralph Francis Kershaw and the thousands of other brothers, sisters, husbands, wives and children bound by their tragic place in history. I touched their letters, knowing that thousands of Kings fans and hockey fans and Americans and Canadians and other travelers and humans had run their fingers across the very same names and had been moved and touched in their own ways by a pair of men who’ve left an oversized legacy on their sport. And so on for the names beyond those names, and the other nearly 3,000 names whose simple etchings in stone stir up such powerful and vivid memories 18 years after the tragedies of September 11, 2001 unfolded.

In Ace and Mark’s memory, all are welcome to donate to the Ace Bailey Children’s Foundation, which improves the well-being and surroundings of children undergoing pediatric care at the Floating Hospital for Children in Boston, and the Mark Bavis Leadership Foundation, which provides grants for school tuition, summer programs and extracurricular activities. 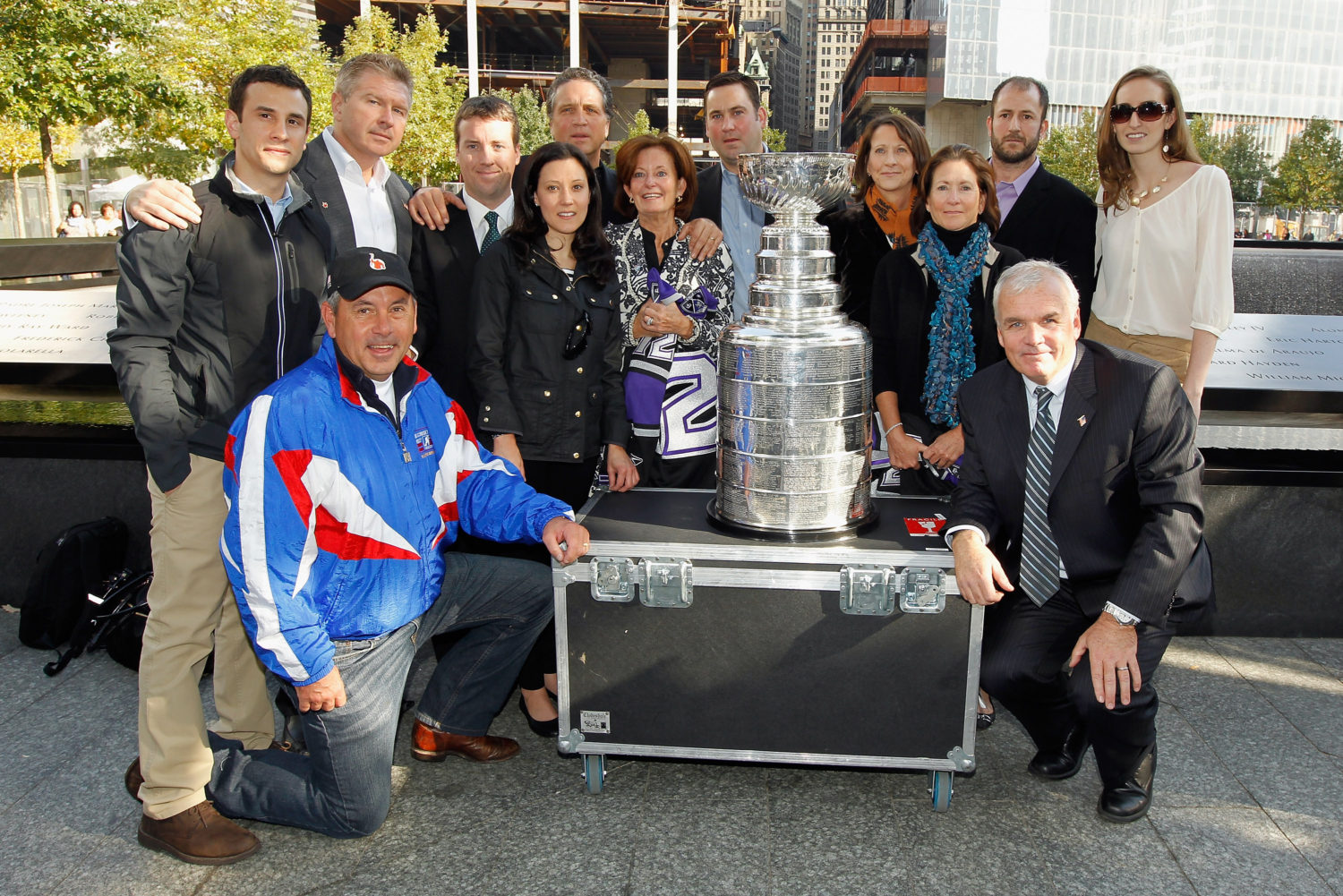 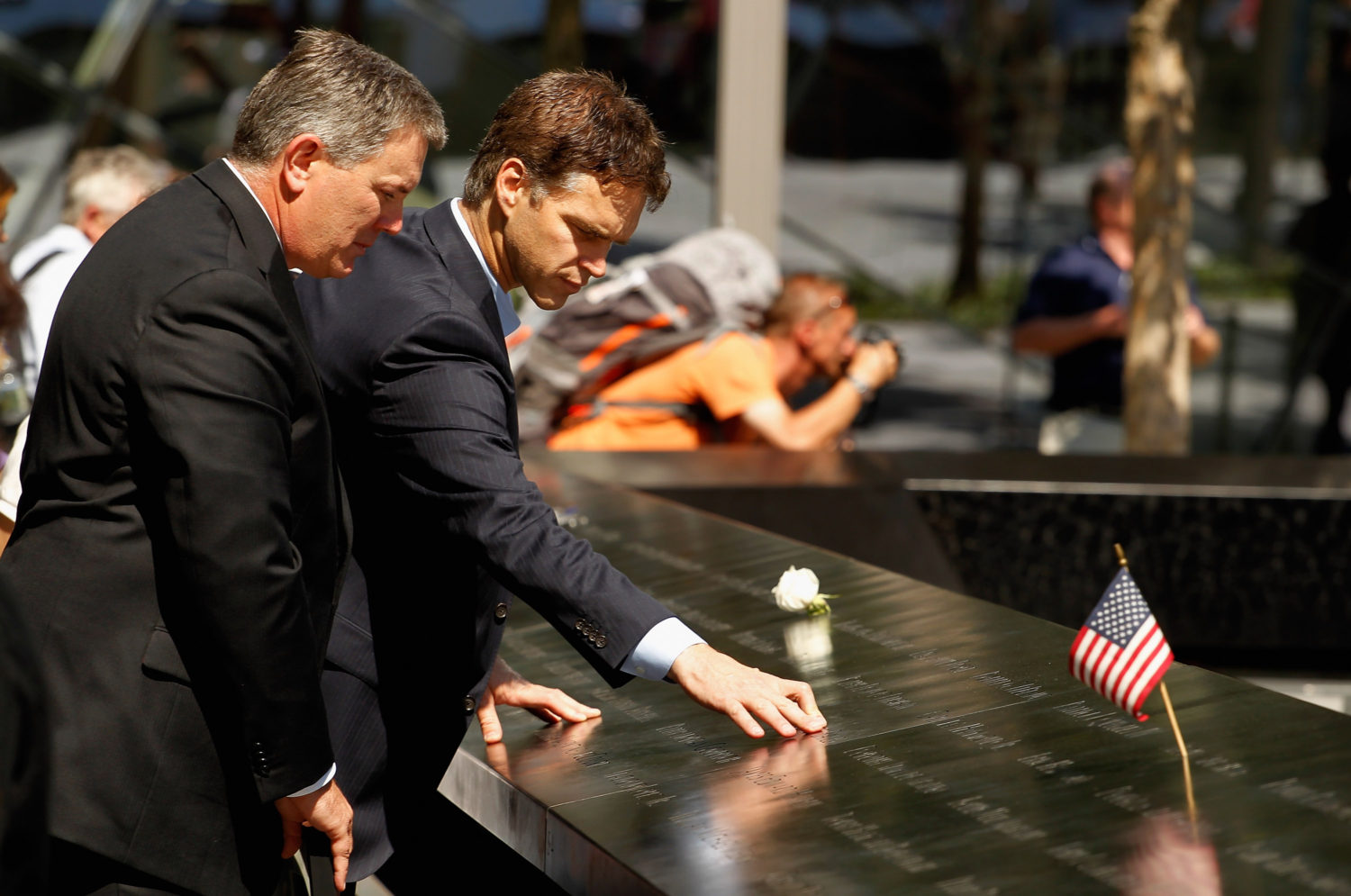 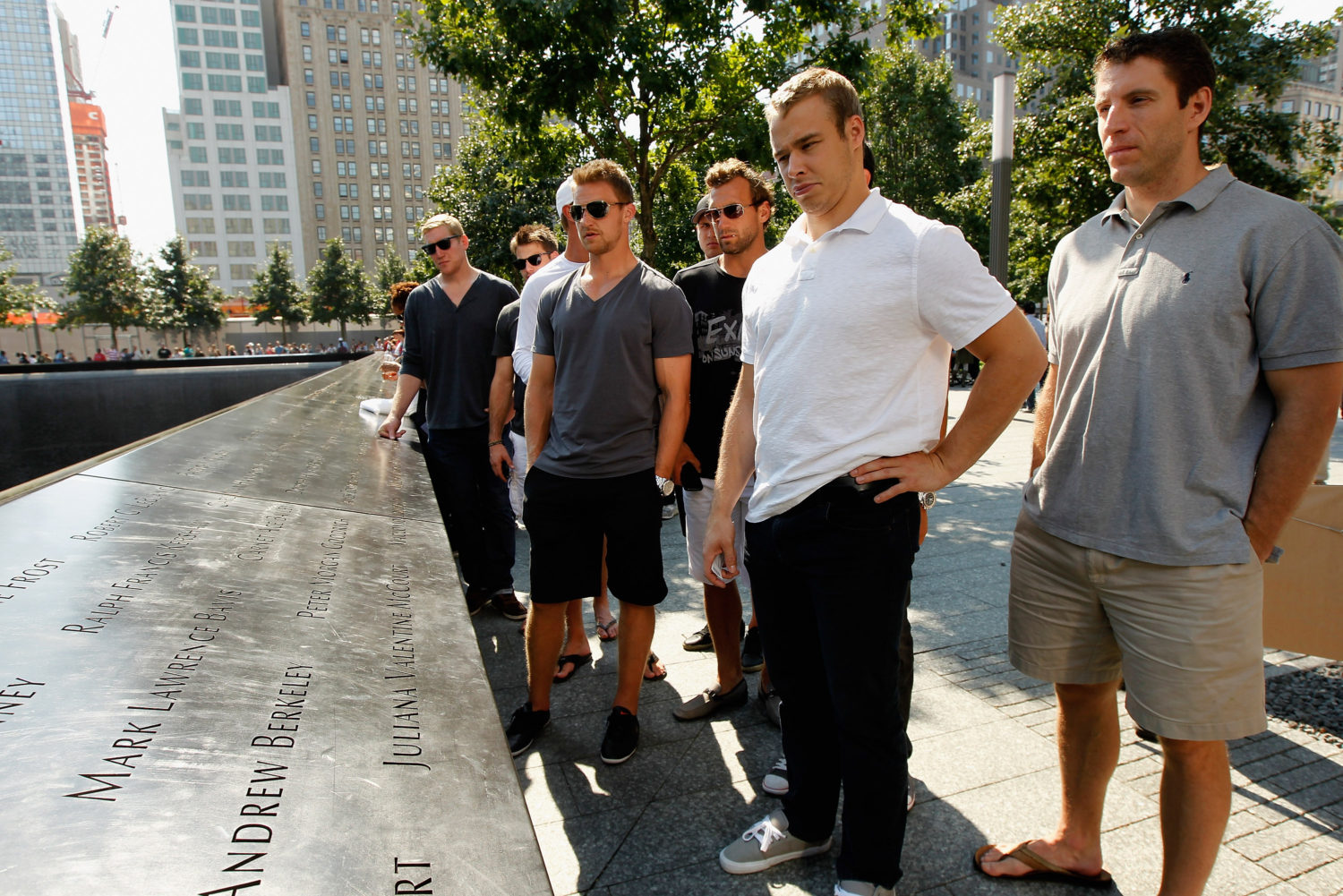 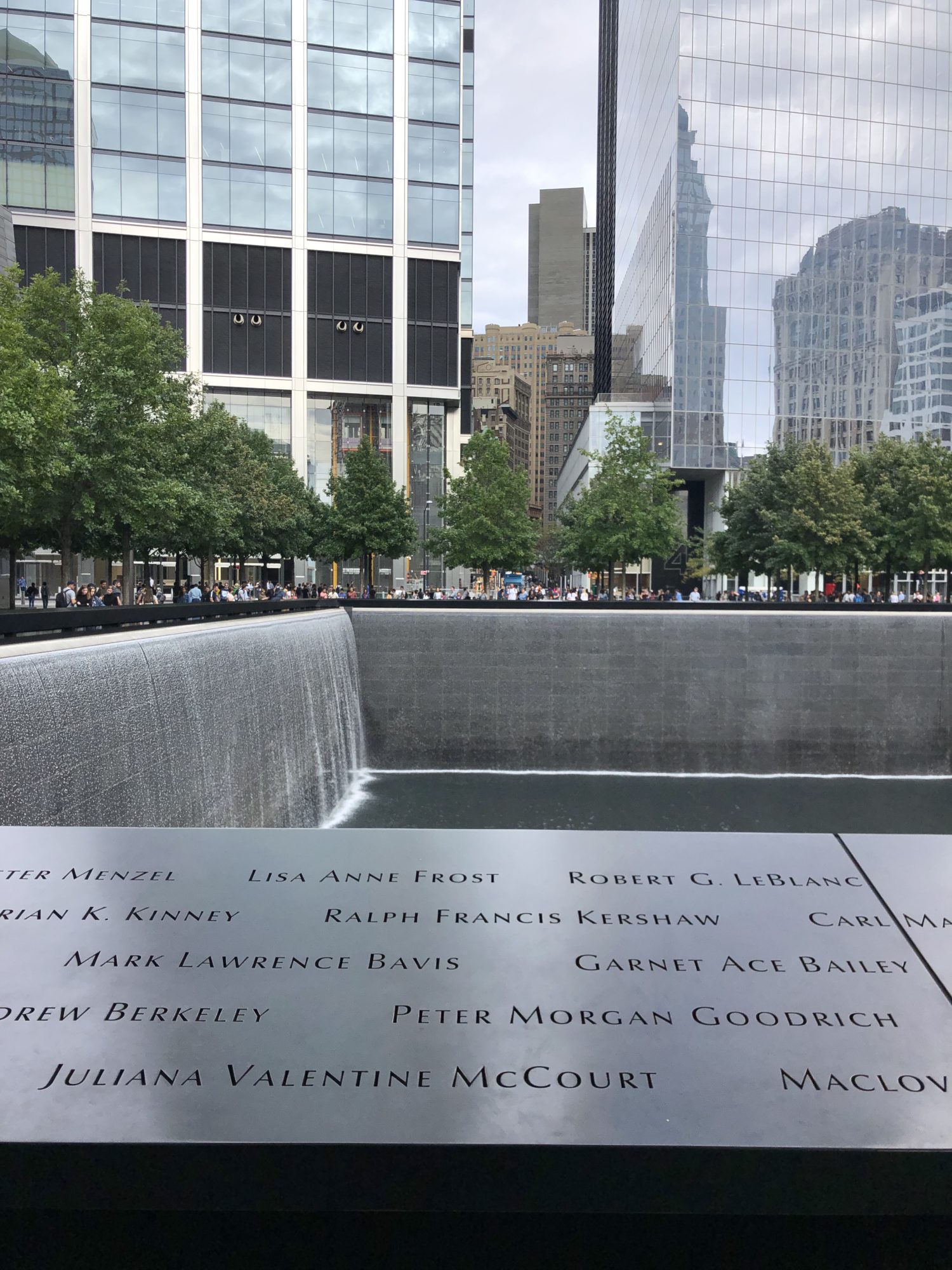 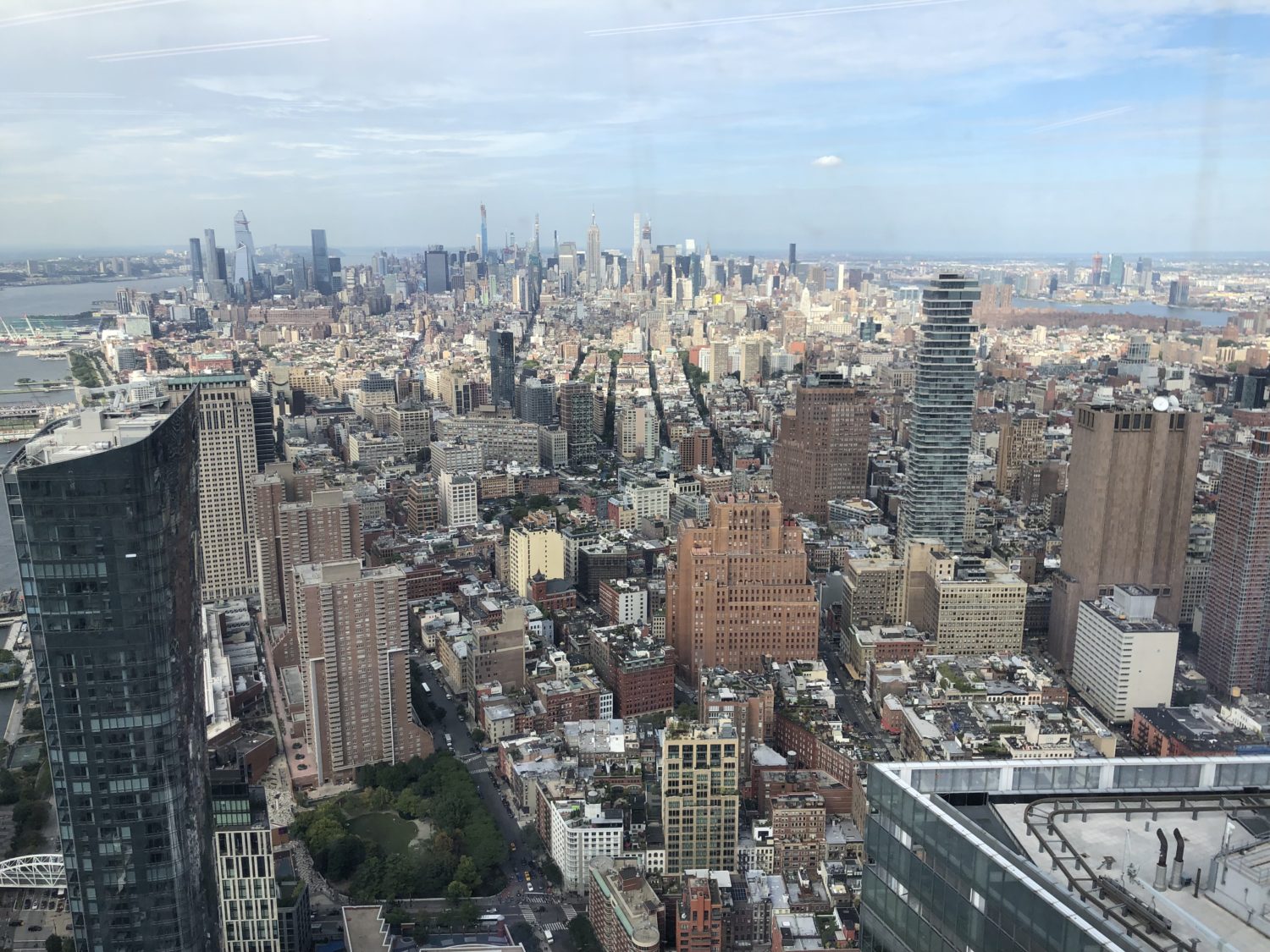