Put yourself in the shoes of one of the young, European prospects currently skating with the Los Angeles Kings at Rookie Camp.

Or maybe we look at it in layman’s terms. You type on your keyboard at work every day for a year and you’re proficient at what you do. Suddenly, your job is moved to another country, you have all new coworkers, and your keyboard is substantially smaller….think that might affect you a bit?

Rasmus Kupari, Samuel Fagemo and Tobias Bjornfot are three European-born skaters at 2019 Rookie Camp, which carried on with a full-team skate this morning in El Segundo. All three spent time in professional leagues last season, but all three played on Olympic sized ice, as opposed to the narrower ice surfaces used here in North America. The standard North American ice sheet measures 200 feet long by 85 feet wide, whereas the standard Olympic sized sheet measures 200 feet long by 100 feet wide. Kupari’s Karpat play on a slightly different sheet at 95 feet wide, with most rinks in Finland somewhere between 92 feet wide and Olympic sized.

Doesn’t seem like that big a difference, until you think about how many decisions made in hockey are split second and timed a certain way, traditionally enforced with repetition in a sheet with consistent dimensions. Take those same decisions and shrink the width by 15 feet and you’re going to have to do things faster, as the three aforementioned players have this week, and that split second can make all the difference.

“Of course it’s a different playing style here, smaller rink,” Kupari said. “I think the biggest difference is that you don’t have that much time when you get the puck. Right away, there’s a guy on you, trying to [check] you or that kind of stuff…react fast, pass really fast. If you get the puck, you just need to pass right away or get your legs moving, that’s the biggest difference between the small rink and large rink.” 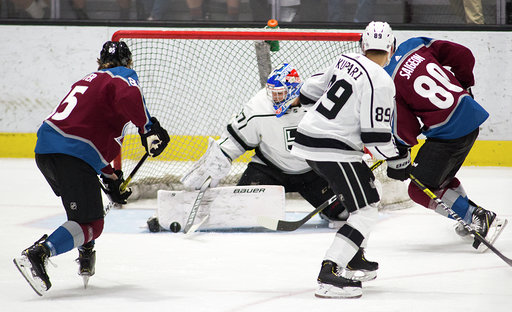 Fagemo added that though the game moves quickly at the SHL level in Sweden, the speed of the game increases on the North American ice. With the more narrow dimensions, the play is forced to go more up and down, more direct, as opposed to side to side.

“I think the biggest difference is the pace,” Fagemo said. “I think it goes more North and South, and it’s fun too. I think it’s going okay [so far] and it’s fun to play.”

For forwards such as Kupari and Fagemo, both admitted that the game has been faster and more physical than what they are used to overseas. “You have to have your head up,” Fagemo admitted, as he discussed the speed and physicality he has encountered throughout the week.

“Especially the first game against Anaheim, it was a very physical game, a lot of hits and a lot of contact,” Fagemo said. “Like I said, it’s fun to play, it goes fast and it’s a great experience for me.”

Kupari wasn’t necessarily surprised that he faced a more physical game, but at the same time, was still unaccustomed to that style of play. The 2018 first-round draft pick is expected to make the full-time transition to North America this season, playing in either the NHL or AHL, and is excited for the experience of adjusting to the style of play.

“Yeah, that’s true,” Kupari said of the more physical style. “I wasn’t shocked, but that was a new thing for me. All the time, when you have the puck or you’re trying to shoot or pass, there’s a guy trying to [check] you. I think it takes a couple games to get used to it, but it’s fun to challenge yourself and get better all the time.”

As for the defensive side of the puck, Bjornfot spoke of similar themes to his teammates up front. Fagemo used the word fast several times throughout our conversation and his Swedish compatriot, Bjornfot also talked about the increased speed of the game with the smaller surface.

“I think it’s a faster game, it’s more fun,” Bjornfot said. “It’s a lot more [of an] intense game when it’s the smaller rink, I think. You don’t get as much time as you have playing back home in Sweden, but it’s fun and you must learn to play in the small rinks, so I think it’s a positive.”

As a defenseman, Bjornfot indicated that one of the biggest change in speed was the time in which forecheckers got in on the play. In the North American style, forwards on the forecheck come in, you guessed it, more of a North-South style, which puts added pressure on the defensemen retrieving the puck.

“On the forecheck, forwards come directly, so it’s a bit different and a more physical game,” Bjornfot said.

All three have felt improvement from Day 1 of camp to now, with Kupari noting that he feels “better and better” every day as he adjusts to the smaller ice. Bjornfot feels that the smaller rink will cater well to his game and style of play in the long run, as get he gets adjusted to the nuances of playing on it.

“I think I need to work on that a little bit, but I think it fits my game,” Bjornfot said. “I’m not so comfortable with the small ice yet, so it will come.” 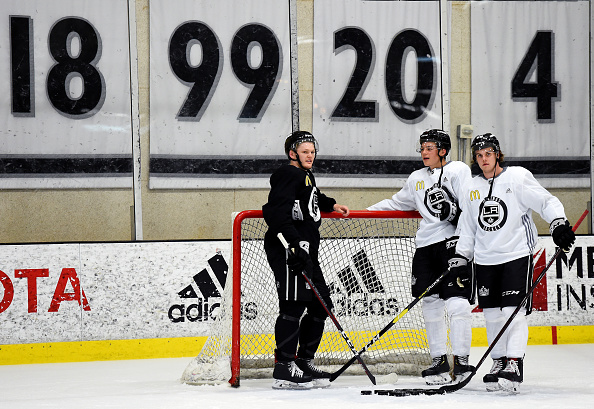