The LA Kings opened the 2019 Rookie Faceoff with a 4-1 defeat against the Anaheim Ducks on Saturday evening at FirstPoint Arena at Great Park Ice.

The Kings started and ended the game with energy and promise, opening the scoring midway through the first period through Arthur Kaliyev and ending with a flurry of chances created. In between, however, was a clinical and experienced Anaheim Ducks team that netted two goals apiece in the first and second periods, all coming from players that played in the NHL last season.

Playing in what amounted to a road game, in front of a sellout crowd in the 2,500-seat arena, the Kings started out with lots of energy and were rewarded with the game’s first goal. Forward Mikey Eyssimont fired a wrist shot from the left wing that handcuffed Anaheim netminder Lukas Dostal, before Kaliyev followed up and whacked home the rebound, showcasing his highly-touted goal scoring instincts.

We were told that @Arthur_Kaliyev likes scoring goals.

Well, he just scored a goal against the @AnaheimDucks at the Rookie Faceoff 🤗 pic.twitter.com/KzJ1pIxJsH

Following the Los Angeles tally, however, the ice began to tilt towards the Anaheim end, resulting in goals from Max Jones and Max Comtois in quick succession to end the opening 20 minutes at 2-1 Ducks.

Kiefer Sherwood, who spent the majority of last season in the NHL with Anaheim, tallied early in the second period on a breakaway, beating Kings starting goaltender Matthew Villalta through the fivehole for his first goal of the tournament. The Ducks added a power-play goal through Sam Steel later in the frame, a man-advantage unit on which all five players played in the NHL last season.

The script looked somewhat similar to last season’s tournament game against Anaheim – The Kings opened the scoring, the Ducks took momentum into the third period…..but this time the Kings pushed back in the third and could have closed the gap with some luck.

Los Angeles competed hard in the third period, skating well and playing with energy and pace. Defenseman Sean Durzi, who was active all night, fought with Max Comtois in an effort to spark his team. The Kings continued to press against their more experience opposition and nearly pulled one back inside the game’s final two minutes, but Drake Rymsha’s redirected effort off of another Eyssimont shot hit the upper left post.

The game ended at 4-1, in favor of Anaheim. Villalta finished with a respectable 31 saves on 35 shots, and was especially sharp after the fourth goal went in, denying several high-profile shooters from dangerous areas. Los Angeles had 29 shots on goal, with Dostal finishing with 28 saves. The Kings were 0-for-4 on the man advantage, while the Ducks went 1-for-3.

The Kings will have a quick turnaround with Colorado next on the horizon – Faceoff is slated for 1 PM tomorrow afternoon in Irvine. Colorado was victorious by a 5-2 margin in their tournament opener earlier today against Vegas.

206 – 6
The Kings brought six career NHL games to this tournament, five from Jaret Anderson-Dolan and one from Blake Lizotte. Tonight’s opponent slapped two hundred more onto that number. Several of the Ducks in tonight’s game are not eligible to win the Calder Trophy as the NHL’s top rookie, were they to have a big season in the NHL.

While not an excuse, the experience advantage in Anaheim’s favor was prevalent throughout much of the middle of the game, as the Ducks seized control with their size and physicality, something that Head Coach Mike Stothers touched on after the game.

“I thought we had a great first ten minutes in the opening period and then you can see that their size and physicality kind of got them going and maybe took a little of the legs out of us,” Stothers said. “That being said, you look at their lineup, they had quite a few experienced players for a rookie tournament, but I was real proud of our guys, especially in the third period. You’re trailing, it’s been a hard game, I thought it was a great game, I thought there were a lot of positives to it. You’ve got guys still blocking shots, Durzi mixing it up and I was really impressed with Kupari, he stood his ground and that’s all we’re asking. You know what, they showed a good indication that they’ve got good character and they’re going to be good teammates. Then, you take the skilled aspect, and all these guys need is a little experience.”

Lizotte, one of those two players with Kings NHL experience, noted that the Kings knew the situation they were going to face heading into the game, playing against men rather than boys. The St. Cloud State product was happy with how his team responded to the challenge, despite the final score.

“Before the tournament, you can look at the rosters and obviously they’ve got quite a few NHL games and American League games, so you knew coming into it that you were going to be playing against men and it’s going to be a challenge,” he said. “I thought, for the most part, we responded well. It’s always disappointing to come out with a loss on the scoreboard, but at the end of the day, I felt we got better throughout the game and that’s what’s important.”

On the other side, the Kings brought a talented, yet young group to the table, though it was not a group that has spent a particularly long stretch of time together. Outside of yesterday’s practice and a few groups of players, most of these Kings have not been teammates for more than a couple of weeks at a time, something that takes time to adjust to.

Durzi also understood the opposition at hand, an experienced group. The young defenseman felt that his team went out and competed at the beginning, noting that it doesn’t take any skill to outwork the opposition. Though a few mistakes cost the team on the scoreboard, he was proud of the team’s effort against Anaheim.

“We knew it was a good hockey team going into the game, a lot of experience on the other end,” he said. “I think we just wanted to go into the game and get better as the periods went on and just focus on what we can do better and I think we did a good job. I thought in the first ten minutes of the hockey game we out-competed them, we out-worked them. It doesn’t take any skill to outwork someone. I thought we did a good job of that. A couple parts of the game, I thought we lost a little bit of our physicality and it showed. They got the momentum from a few goals, a couple good tips, a couple good bounces and that’s just the way the hockey game went. I’m proud of the guys, they battled for each other, and our focus now is to get better every day.”

The First Fight – Durzi vs. Comtois

Have to say, I did not have Comtois/Durzi as the first fight in tonight's game.

As tweeted, this was not the scrap I would have put my money on at the sports book were I a betting man. Outside of Rymsha challenging Hunter Drew earlier in the game without a taker, there wasn’t much that looked like it would escalate into a scrap, until Durzi and Comtois got into it.

Durzi noted that he saw an opportunity to try and inject some life into his team, while taking one of Anaheim’s key players out of the action, and he seized it.

“It’s just the emotions of the game and obviously when you’re down, you want to do something to spark your team,” Durzi said. “I think it was just the heat of the moment. He’s a good player on their team and we just had a little tussle. Looking at the clock, there was about 13 minutes left in the period, 4-1….we just want to win the hockey game. Obviously just the emotion in the game and trying to get something going for our team.”

Durzi’s Hockey Fights page features tonight’s scrap with Comtois, along with one bout from the 2018-19 OHL season and one from the 215-16 OHL season. The OHL champion defenseman is known for his offensive and puck-moving abilities, but showed physicality and a willingness to fight for his teammates tonight. These are good signs.

The line of Samuel Fagemo, Rasmus Kupari and Jaret Anderson-Dolan combined for nine shots on goal in tonight’s loss, the highest total of any Kings line. Featuring a first-round draft pick, flanked by a pair of second-round draft picks, it’s fair to say that the hype was high on this line leading into the game and showed pretty well in what was the first competitive game as members of the organization for Kupari and Fagemo.

“Well, I think we saw that [Fagemo] does have skill,”Stothers said. “Kupari has skill and JAD just works, he does everything, he’s kind of a coach’s dream, just does what he’s supposed to do,” Stothers said of the line. “It’s got the potential to be a pretty good line. This is early for me to be seeing these guys too, it’ll take care of itself, maybe over the next couple of games in the rookie tournament and more importantly it’ll be nice to see what they can do in the main camp, playing against NHL players. It’s a lot faster, those guys are a lot bigger, a lot stronger. I think tonight was a good starting point for everybody.”

When asked more specifically about Kupari, Stothers again noted the Finnish forward’s high skill level, while also noting that he was perhaps a bit to “cute” at times, though it’s something to be learned from.

“I thought that line was good. I thought [Kupari] showed some real positive things and I thought he was guilty of maybe being a little too cute. Any time you’re crossing the opposition’s blueline and you try to put one between your legs, you’re going to get some attention, he’ll learn from that, but you don’t want to discourage a guy like that, who has some skill and ability, why not try it in a game like this? He’ll learn from that stuff.” 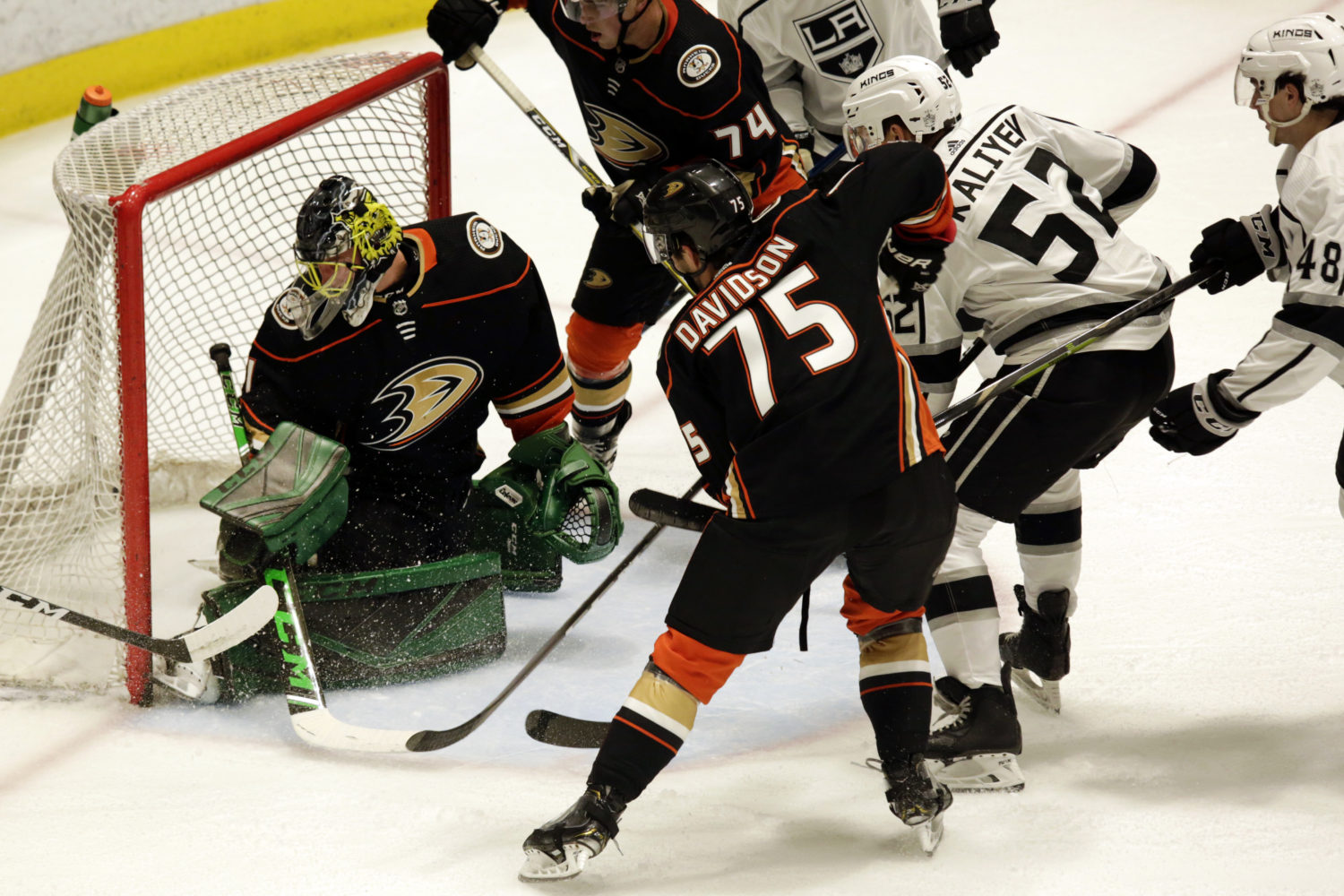 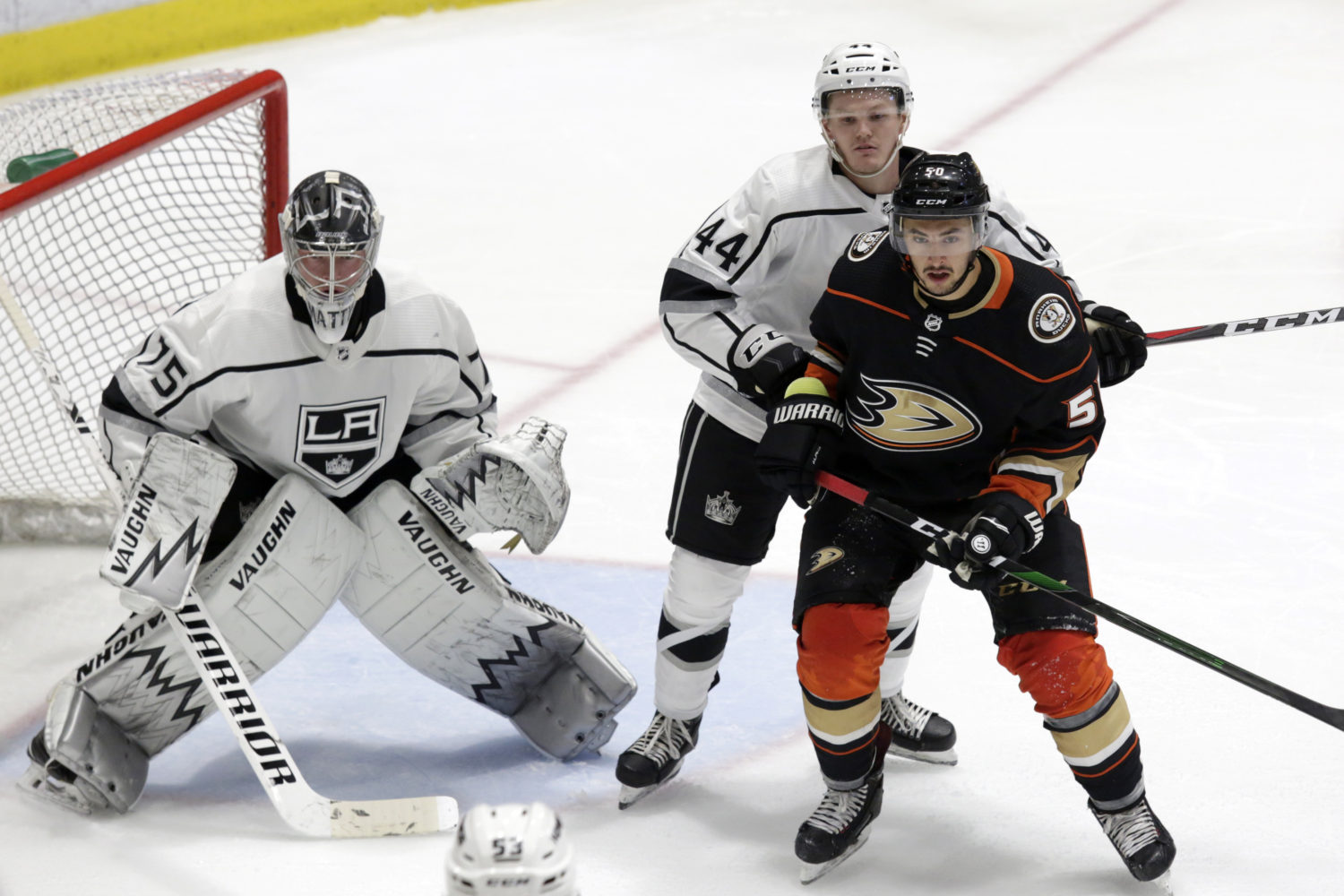 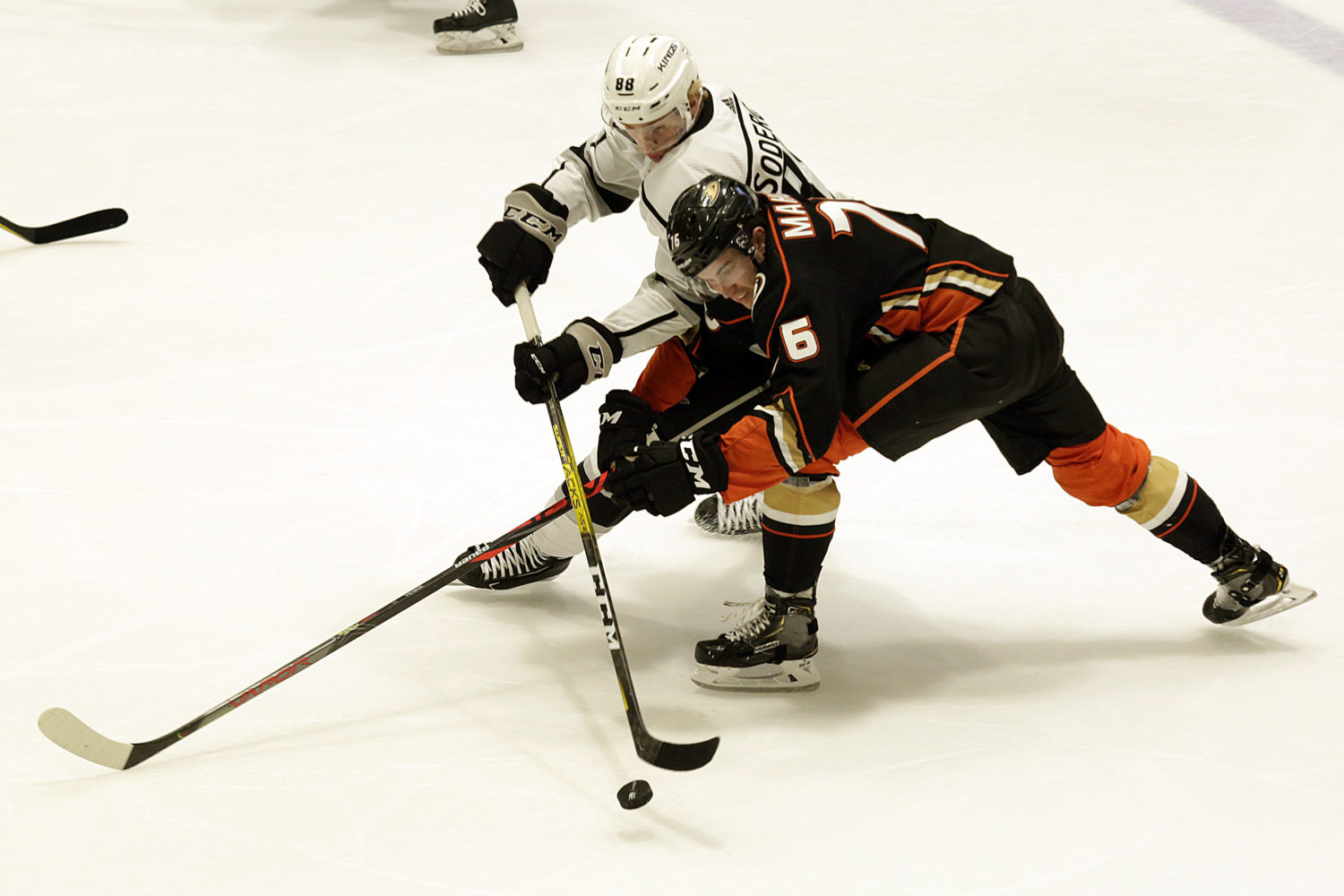 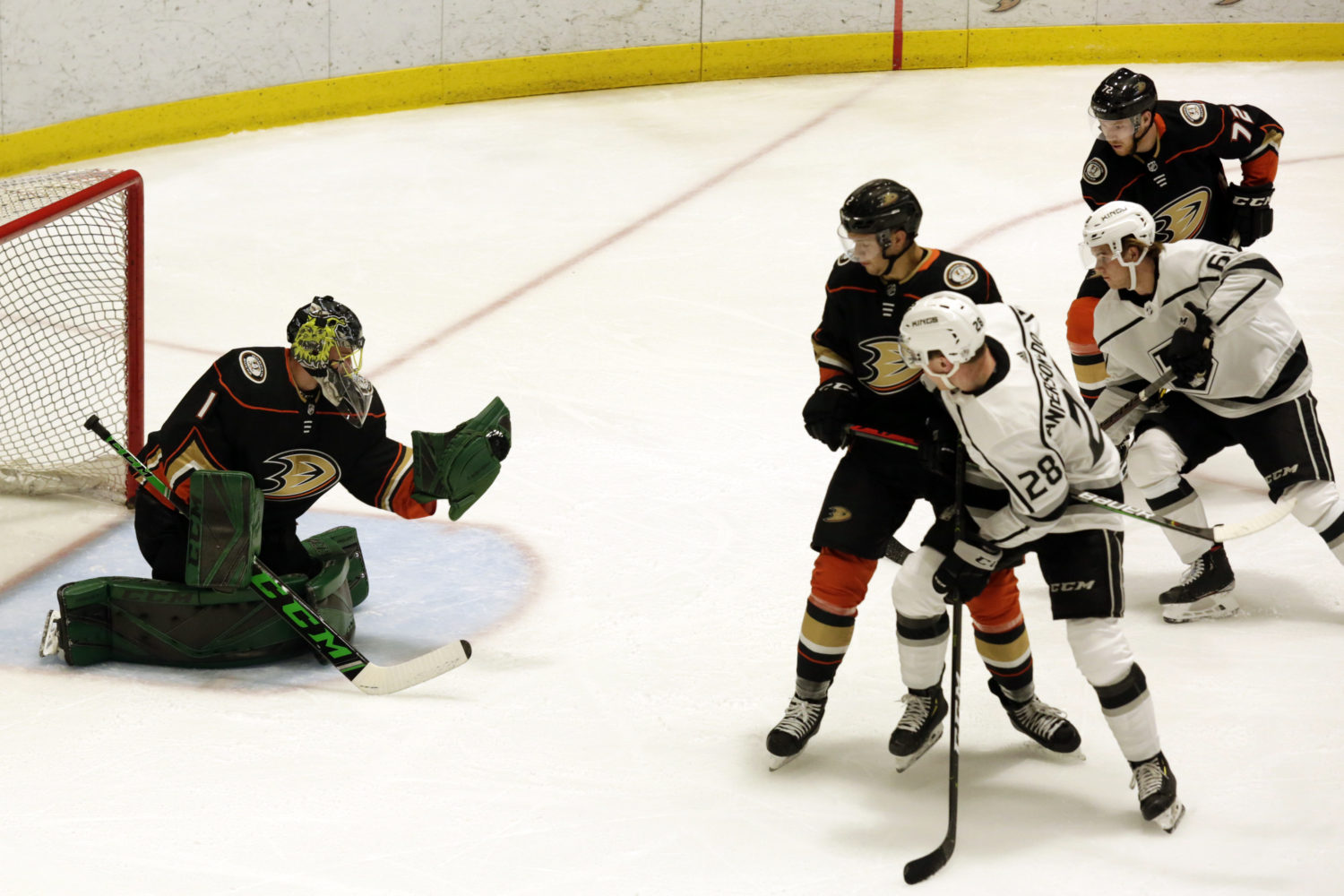