After strong showing this summer, Constantinou battling to earn contract

The 2018-19 season was a a year of transition for Billy Constantinou, who was traded from first place Niagara to rebuilding Kingston in the Ontario Hockey League, a pair of teams separated by 65 points in the standings.

Constantinou is like any hockey player. He wants to play, he wants to make a difference, he wants to earn trust in all situations. “I thought overall it was good for my development,” he said of the trade. “Obviously, I want to be on the ice, so it’s good for me.”

It wasn’t good for his cursory statistics. Constantinou was a minus-58 in 44 games with the Frontenacs after a 22-game spell with the IceDogs in which he was a plus-12. Overall, the right-shot Toronto native totaled 10 goals and 33 points in his draft year.

There have been defensive zone challenges – as there are with many young defenders who aren’t drafted with a lottery pick – in puck management and positioning, but there are also some gifts he possesses that aren’t easy to teach or develop. He deftly evades forechecks, he has terrific hands and showed a very good outlet pass during development camp, where Kings management came away impressed.

Even if a player passes through the draft, cream has a tendency to rise to the top over time, and Constantinou has a tremendous opportunity ahead of him. Alex Iafallo, Kurtis MacDermid, Matt Luff, Blake Lizotte, Daniel Brickley, Sheldon Rempal and Sean Walker, all undrafted, played for the Kings in the past year, which was far from a banner year. But such courtship of free agents is part of the team’s approach towards replenishing its burgeoning prospect pool and, in the case of the slightly-older college free agents the team has signed, affords low-cost, potentially mid-yield options to complement their more expensive tenured players.

“I had a good feeling when they approached me after the draft,” said Constantinou, who shared that Mark Yannetti approached him and his agent upon its conclusion. “The Kings are in a rebuilding process and they have a lot of young prospects, so I thought it’d be a good fit. And, who doesn’t want to come to LA, you know what I mean? It’s a beautiful city.”

“Obviously, going through the draft, sitting there, it was pretty tough. You kind of work your whole life for that point, and things don’t actually pan out as they go as you want them to. But you’ve just got to stay positive and the Kings came up to me and they wanted me to come, so I was excited and grateful for the opportunity.”

Billy Constantinou, on how he uses his skating and evasion to fuel other parts of his game:
I try to use my Hockey IQ, my instincts to give my team the advantage. Like, if there’s a guy on me and I kind of roll off him a bit, it takes him out of the play a bit and it gives us the extra half-second to get off the ice. I just try to all-around play my game – there are parts of my game that I have to work on and stuff like that, but so does everyone. No one’s perfect. All around, you can always get better. But there are a few parts of my game, especially this summer, that I worked on a bit to come back to camp and be ready.

Constantinou, on feedback after development camp:
After camp, I had a meeting with Sean O’Donnell and Mike O’Connell, and they told me there were some things I needed to work on in the D-zone. Sometimes I get lost a bit, but they both said those are pretty easy things that they can help me with and fix. Like, they’re not bad traits that I have, but all the things I do have, I’m highly gifted and stuff like that, and they can’t really teach that as much. After development camp, coming back to LA for rookie camp, it’s definitely the thing that’s been on my head the most. I worked all summer to be prepared for it. Like I said, it’s the first thing in my head when I wake up and the last thing I think about when I go to bed. I want to come here and get a contract out of it, obviously, but I want to be a part of this organization more than anything. Overall, I just want to show them that I’ll do whatever it takes to be a part of this organization. I’ll put my body on the line, I’ll do the extra work. If they tell me to run back to Toronto – I’ll do anything. 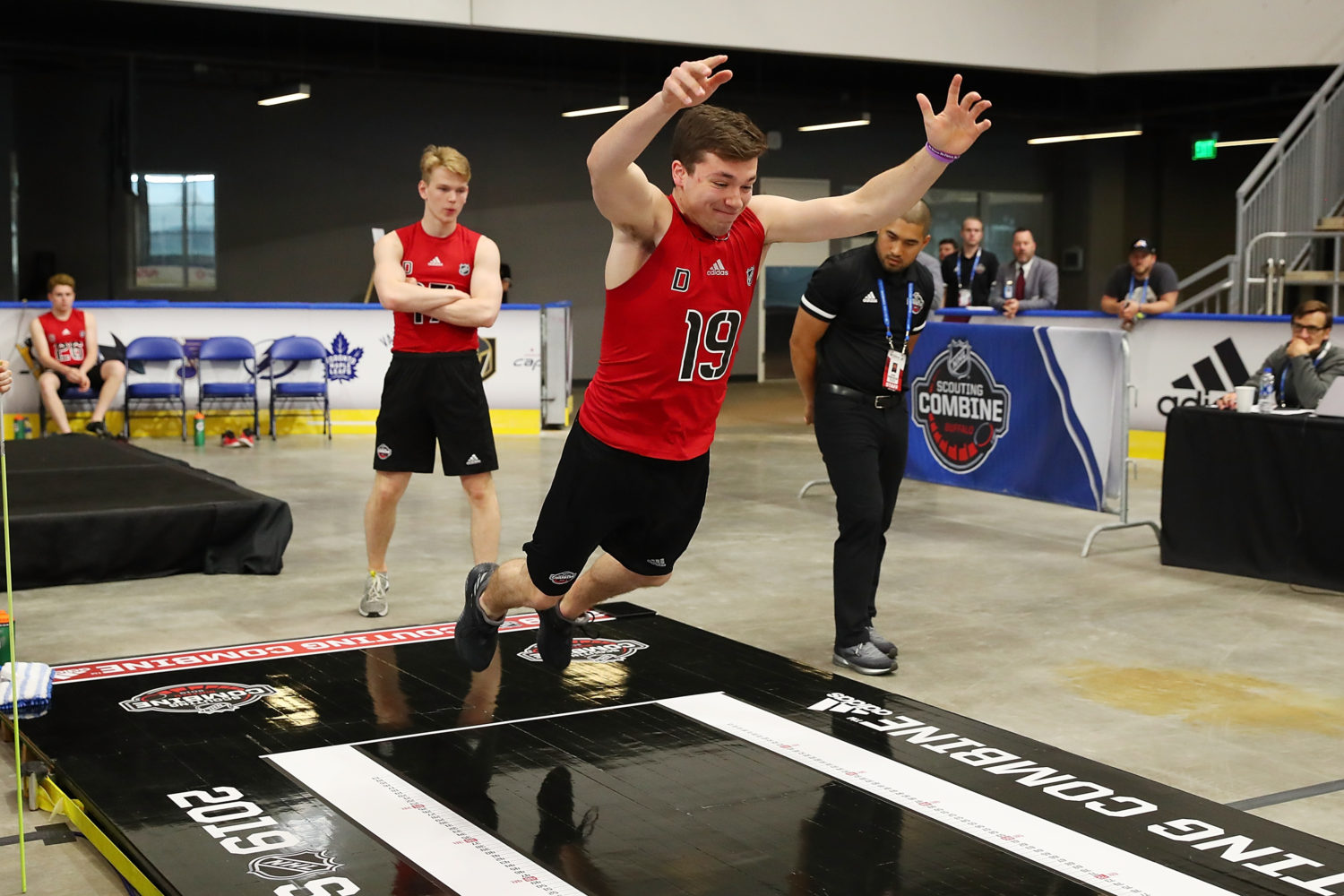