The Anaheim Rookie Faceoff represents our first taste of hockey for the 2019-20 season. It represents a fresh, new look at players we’ve seen in the past and a first look at how certain players perform in game action, for the first time as members of the LA Kings.

Two such members are first-year professionals Mikey Anderson and Sean Durzi, who have been missed at rookie camp over the past two seasons.

For Anderson, his NCAA route to the pros meant that summer development camp was the only time he was allowed to participate in Kings team activities and as such, Kings fans have had to wait to see the highly-touted, National Champion blueliner in action in black and white. That changes tomorrow, as Anderson is expected to wear a Kings jersey for the first time in game action as the team opens the tournament against the Anaheim Ducks.

“You dream about it as a kid, being able to wear an NHL team’s jersey…you buy a bunch, you get them as gifts and then you get to have one with your name on it, even for a rookie tournament it’s still a big deal,” Anderson said following today’s practice. “I think everyone in here will say the same thing, it’s exciting, and we’re ready to get going.”

Anderson is one of several first-year professionals that will ply their trade in the Kings organization this season, specifically one of three on the blueline, joining Durzi and Canadian U-20 international Markus Phillips. As he heads into his first professional season, Anderson is ready to continue to build on the traits that has made him successful, while making sure that he controls what he’s able to control along the way.

“Obviously you just want to go with whatever happens, but for now, it’s just trying to put my best foot forward,” he said. “I can control my attitude and my effort no matter where I end up or what happens. It’s just sticking to what I need to do and what makes me successful and however I can help the team win, that’s what I’m going to try to do.” 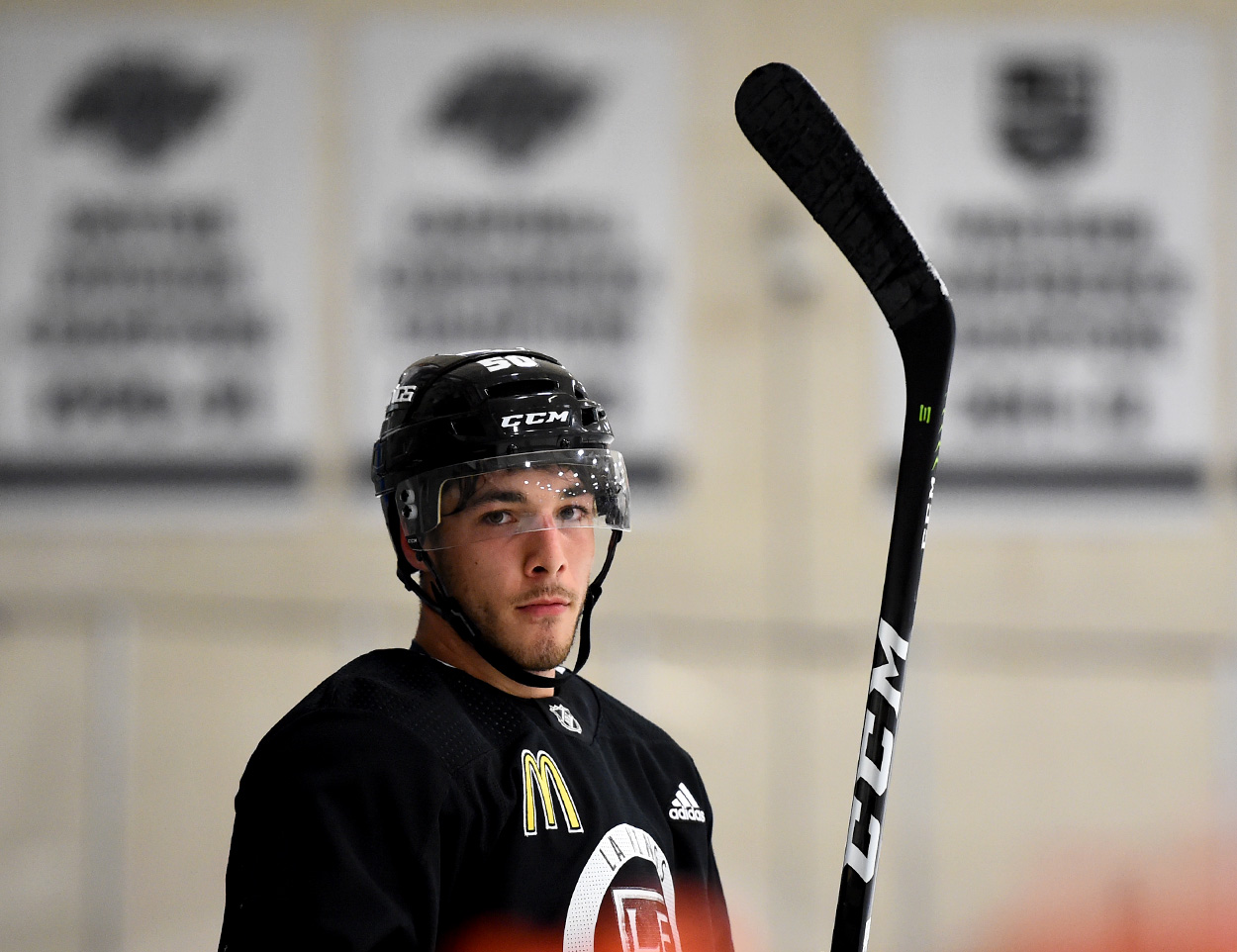 Durzi on the other hand, is a rookie camp veteran, just not in Los Angeles with the Kings. The Mississauga, ONT native previously attended rookie camps with the New York Islanders (2017) and Toronto Maple Leafs (2018), before this season’s with the Kings.

“It’s a new organization for myself, so the biggest thing is understanding the way that things work around here,” Durzi said after today’s practice. “I know I’ve been with three different NHL clubs, but every club works differently and obviously the goal for myself is to be a sponge – soak in all the new systems, soak in the atmosphere and so far it’s been good.”

While this rookie camp is not his first, it is his first experience with professional hockey on the horizon. The 2017 edition saw Durzi attend as a free-agent invite, while 2018 saw junior hockey in his future as a 19-year-old. Now looking ahead to a transition into the professional ranks, Durzi is excited to get moving as a member of the Kings.

“It’s a first-class organization, they believe in all the right things and you look at some of the guys who are at the top of the organization, they’ve all had really good NHL careers and really know what it takes to win championships,” Durzi said. “I couldn’t be more excited to be with this organization and basically learn as much as I can throughout this camp.”

Mikey Anderson his first rookie camp, what he’s expecting and what he’s hoping to get out of it
It’s going to be a fun week. We’ve got a lot of good players here. A lot of these guys were at dev camp this year, so I got to meet a lot of them and it’s fun to see them again. We’ve got a highly skilled group, so it’s a fun group to be a part of. It’s a good week of training and getting back into game mode. It’s good to see what the coaching staff is looking for and trying to use that to propel me into main camp.

Anderson, on getting to work with the Ontario coaching staff for the first time on the ice
It’s the first organized practice everyone’s had since last season, so it’s pretty fun to get back into it and get to know the coaching staff, see the kinds of things they want us to be doing, it’s pretty big. It’s something that me, and everyone else here, is looking to try and take out of it going into the big camp.

Anderson, on getting a week on the ice under his belt before main camp begins next week
I think you can get a little more comfortable with the area, with things going on around here, the schedule, how things work. It’s nice, the whole group is around the same age as us, it’s a group that you get to bond with, it’s the future of the organization so it’s fun to be around and try to get comfortable going into big camp.

Durzi, on whether his being traded to the Kings has materialized, now that he’s finally in LA with the organization
Yeah, I mean it was a little different, not being with the club at all and playing juniors at the time and then getting the call that I was getting traded. It’s started to settle in a bit, as the summer goes on, you’re in contact with more and more guys and I was down here for a little bit and training. As time goes on and we get closer to the year, it really sinks in. I left my house and packed my stuff from Toronto for good now, so I’m living on the West Coast this year and I’m really excited.

Durzi, on the comfort level of having a junior teammate, Markus Phillips, alongside him at camp this season
Absolutely. Philly’s a great player. Right away, when I got traded, I called him and Dudas – I played with Dudas in Owen Sound as well. Having Philly in Guelph with me was great and obviously having him here is really cool, because he’s done this a few times already. He kind of understands the way this organization works and I have him to fall back on if I have any questions. 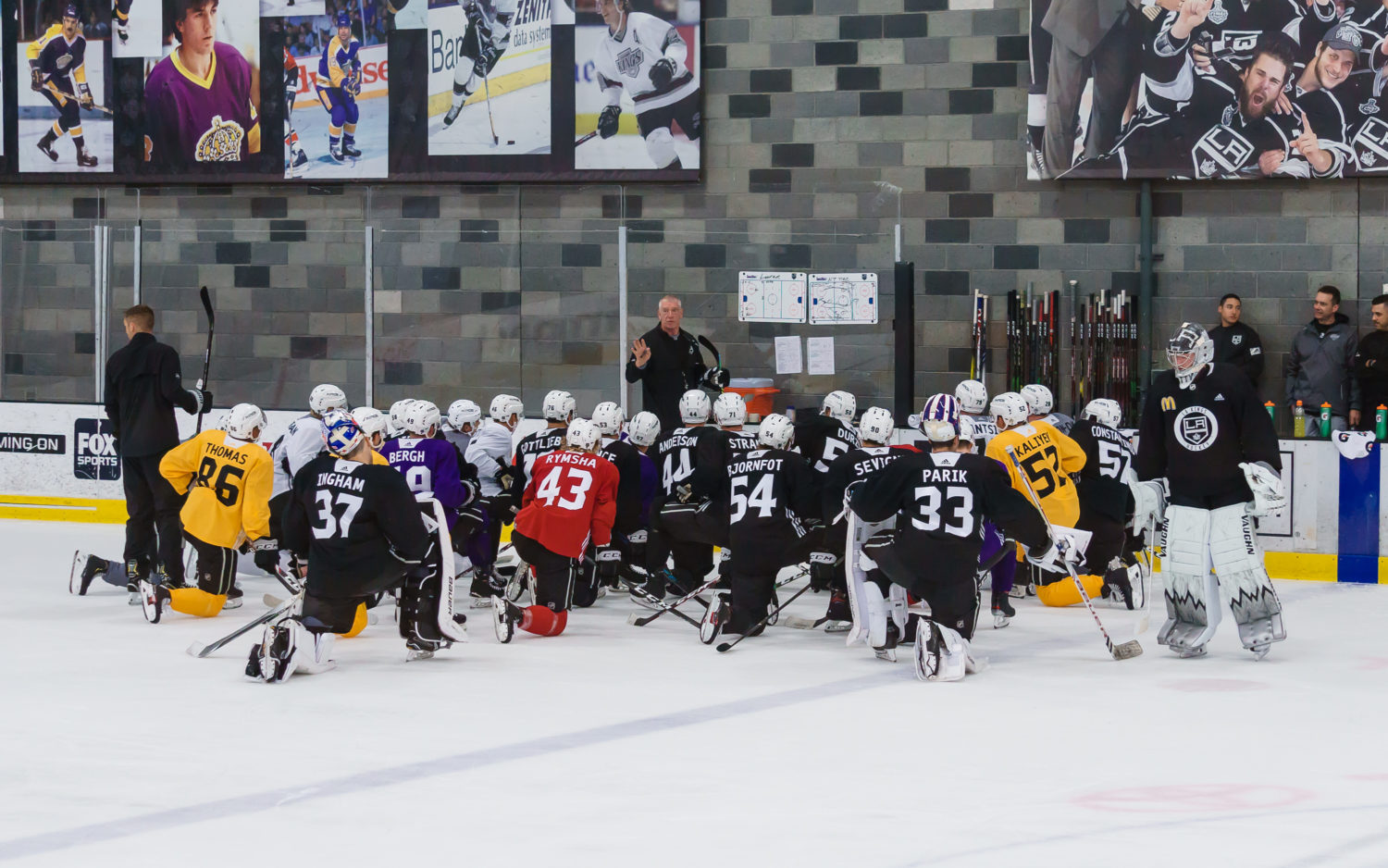