Adrian Kempe, who had been close to contract terms with the club for much of the latter half of the off-season, signed a three-year, $6-million contract with the LA Kings nine days before the first on-ice training camp session. Kempe, who turns 23 next week and was selected 29th overall in 2014, has recorded 71 points (30-41=71) in 187 career NHL games and is coming off an 81-game, 12-goal, 28-point campaign as well as another productive international spell at the IIHF World Championship. 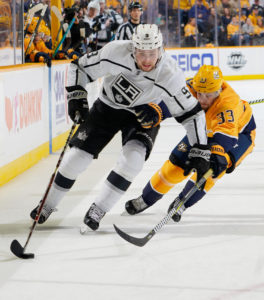 Kempe’s production was muted by the team-wide malaise early in the season, and with one goal and two points through the first 16 games, his start was particularly grueling. His best play took place late in the season, particularly out of the bye week, which he used as a springboard towards seven goals and 15 points in the team’s final 32 games. Even when he’s not scoring, he’s providing competitive and usually responsible hockey, and most players his age don’t show the same aptitude or willingness towards backchecking – though there are still areas to improve on in the defensive zone and in coverage.

With a +4.7% CF%Rel, Kempe posted some of the most encouraging possession rates on the team, and he did so against mostly even competition and almost-level zone skews. With a .9815 PDO, a promising possession rate and positive expected goal differentials on a poor team, and depressed on-ice and personal shooting rates, the advanced stats provide a cursory glance of a young player who could be poised for a modest breakthrough amidst the right surroundings.

He could receive those, given that he’ll enter training camp with a spitting chance at the second line center role. It was the same role he thrived in during the first half of 2017-18, but the second line was an offensive drain for Los Angeles a season ago, leading to questions about Jeff Carter and Kempe’s slots and roles. Both can play center or wing, and Todd McLellan’s teams in San Jose thrived with versatile center/wing tandems up front that led to a remarkably consistent run at the faceoff dot. (Kempe isn’t close to that yet, and through two full seasons has posted raw 38.5% and 42.6% faceoff rates.)

The chatter and speculation as to whether Kempe could ultimately move to wing has come from outside the organization. In the past, management, his coaches and Adrian himself have all stated their preference that he remain down the center of the ice.

“I’ve played center for almost two seasons now straight, so I think that’s the position I want to play in, that they want me to play,” he said shortly after the conclusion of the 2018-19 season. “There are still a lot of things to work on on my game, and I’m excited to get better on both faceoffs and my overall game in both zones as well. There’s a lot to improve, but I’d say center is the position I want to play.”

Using the template I shared when Michael Amadio, Matt Roy and Daniel Brickley signed in July (based on CapFriendly’s financials), the team is now up to roughly $74.7M in commitments to 23 players. Injuries and unexpected performances take shape during training camp, so it’s nearly impossible to concretely project the opening night roster, but Blake acknowledged on Friday that waivers would play a factor on how the initial roster is constructed. With that said, the group below is simply one of many plausible roster scenarios and aligns with the expectation as reported by LAKI that the team would operate with a cushion below salary cap ceiling this season. (I’d originally reported a target of $77-79 million; it looks like they’ll check in lower than that.)

Again, waivers will play a role in the initial roster construction, and given Derek Forbort’s back injury*, there will be even more young competition among the blue line during training camp. In any event, this is not a salary cap team this year, nor will they shift gears and recalibrate that based off early success, as was intimated by Blake at the State of the Franchise forum.

Selected by the Kings in the first-round (29th overall) in the 2014 NHL Draft, the Kramfors, Sweden native has appeared in 187 regular-season games for the Kings, posting 71 points (30-41=71) and 105 penalty minutes. Earlier this summer, his brother Mario Kempe was signed by the Kings. They are just the third set of brothers to play in the Kings organization, and should they appear in a game together, would be just the second set that overlapped and played together. Jan and Roman Vopat played together, while Brayden and Luke Schenn played for the Kings at different points in their career. 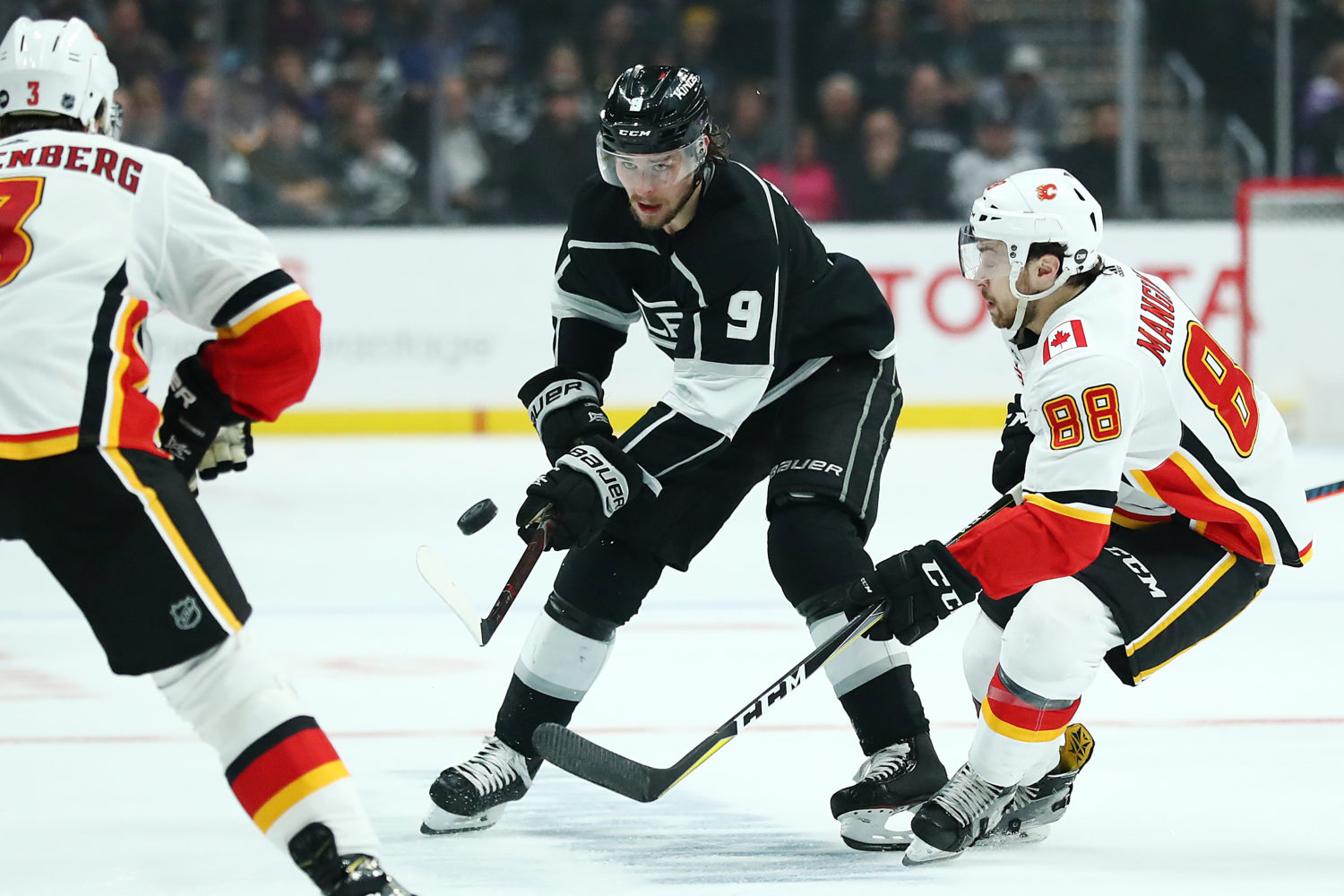