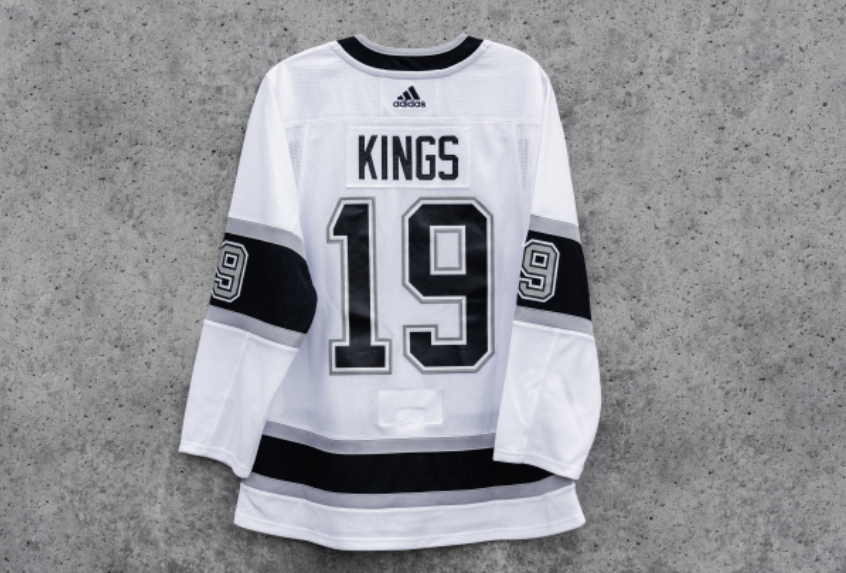 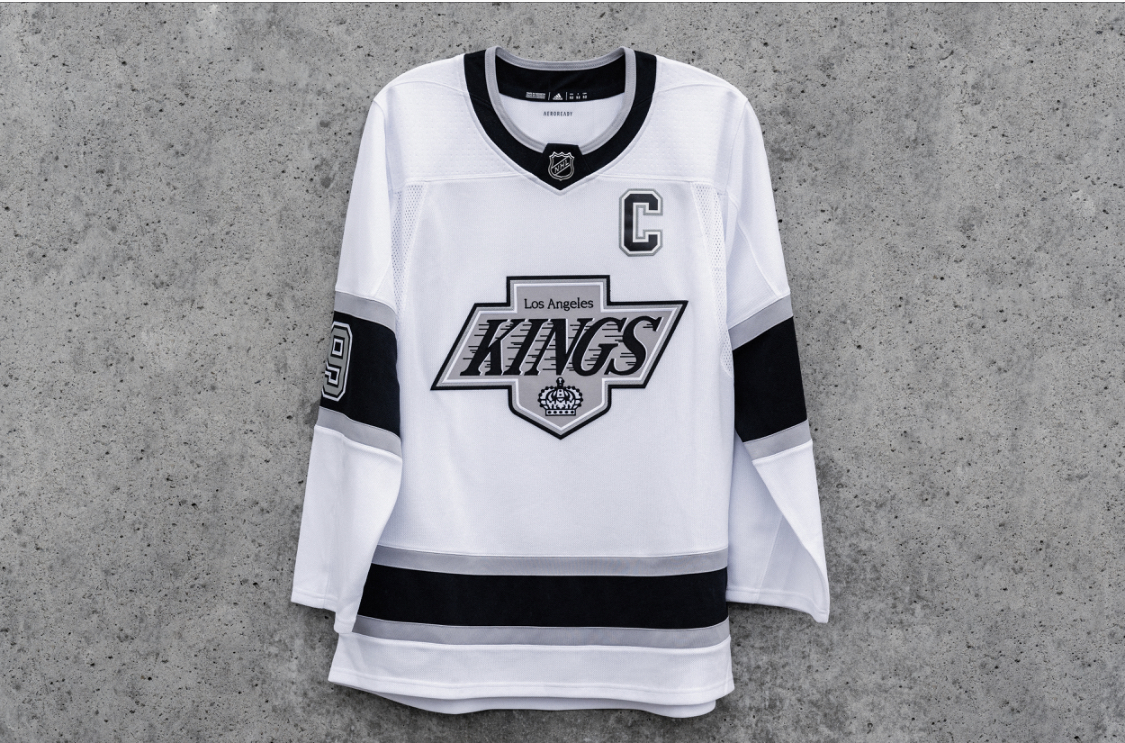 Tonight’s unveil at The Novo at L.A. LIVE featured Luc Robitaille and Mark Hardy each wearing the jersey with several youth hockey players on stage in front of surprised Kings season ticket members. Both Hardy and Robitaille played in the sweater together during the 1993 Stanley Cup Final.

The jersey will first be available on Thursday, February 20, beginning at 9 a.m. at Team LA during a five-day exclusive pre-sale window, and then available online at adidas.com and NHLShop.com. All LA Kings ‘90s Era Heritage Jersey details are available at LAKings.com/Heritage.

“We all loved wearing the jersey as players and I personally love seeing it in the community to this day,” said Robitaille. “Most importantly our fans love it and we were thrilled to show it tonight, to surprise our most loyal fans, and the immediate reaction in the room was tremendous.”
Said Kings Chief Operating Officer Kelly Cheeseman. “It’s one of the most impactful and iconic eras in hockey history. Starting with Wayne Gretzky we are so identified by that brand and we are bringing it back for these special nights by the demand of our fans.”

The jersey represents the first time in 12 years the Kings have produced product relating to their heritage. The logo was famously unveiled on August 9, 1988 when the Kings held a news conference in Los Angeles to announce the acquisition of Wayne Gretzky from the Edmonton Oilers. The lettering and numbering for the LA Kings ‘90s Era Heritage Jersey features the lettering and numbering used from 1992-93 through 1997-98.

The LA Kings ‘90s Era Heritage Jersey is a permanent addition to the Kings jersey line-up that now features four different team jerseys, including the LA Kings Silver adidas adizero Authentic NHL Jersey which was revealed last November. A fifth LA Kings adidas adizero Authentic NHL Jersey, which will not be a permanent addition to the line-up, will be unveiled by the NHL and the Kings soon as part of the 2020 NHL Stadium Series game on February 15, 2020 at Falcon Stadium in Colorado Springs, Colorado when the Kings face the host Avalanche.

The Kings this season are also revamping the club’s Legends Night Series going forward. This year the Kings are pleased to help welcome two Hockey Legends to STAPLES Center: Felix “The Cat” Potvin, as the Kings celebrate his NHL career including his time with the Kings, and also – in this the 40th Anniversary of the Miracle on Ice game at the 1980 Winter Olympics – the Kings will welcome to Los Angeles the captain of that gold medal-winning, history-making team, Mike Eruzione.

The following Heritage Facts relate to Kings players during the 10-year time period from 1988-97: 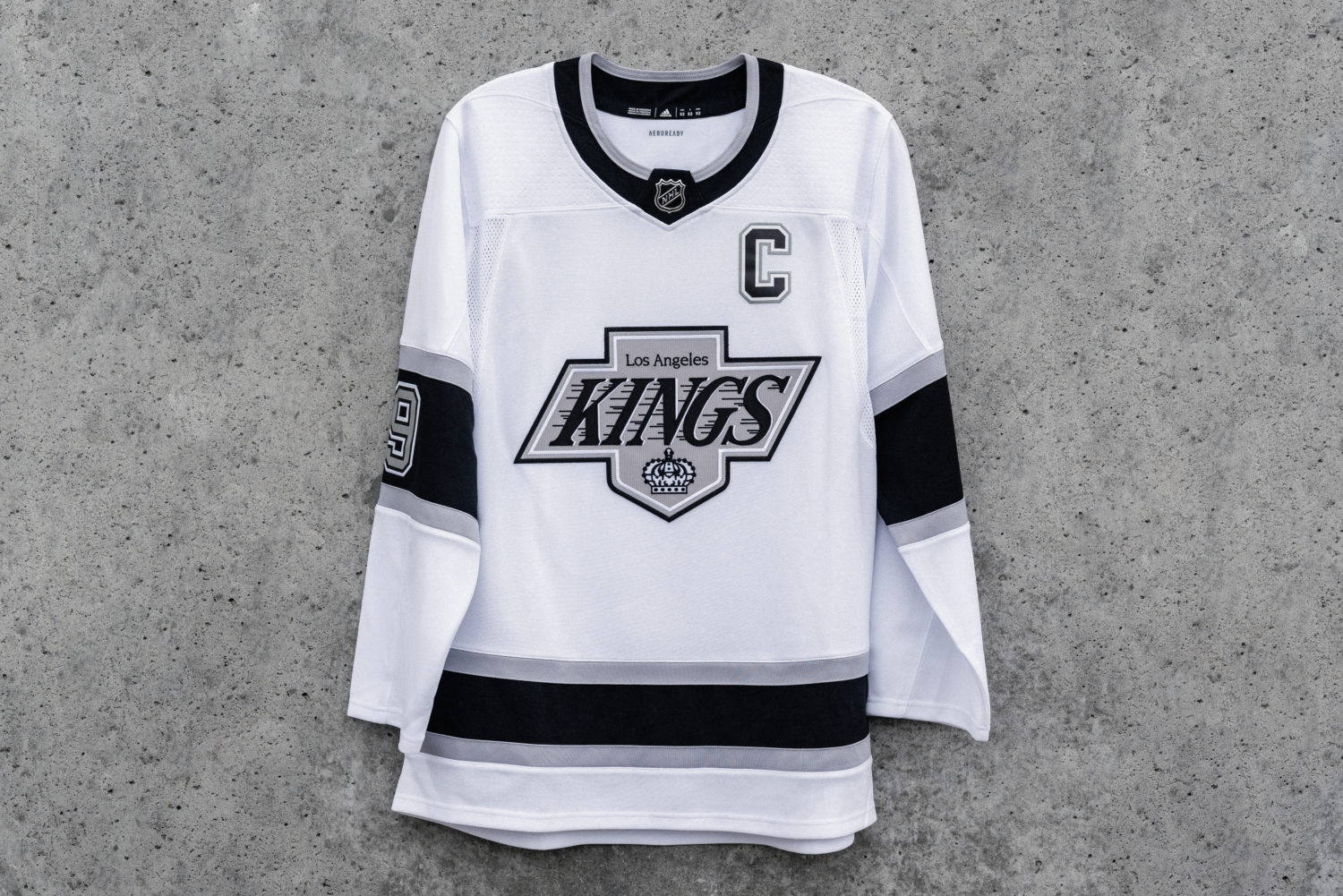 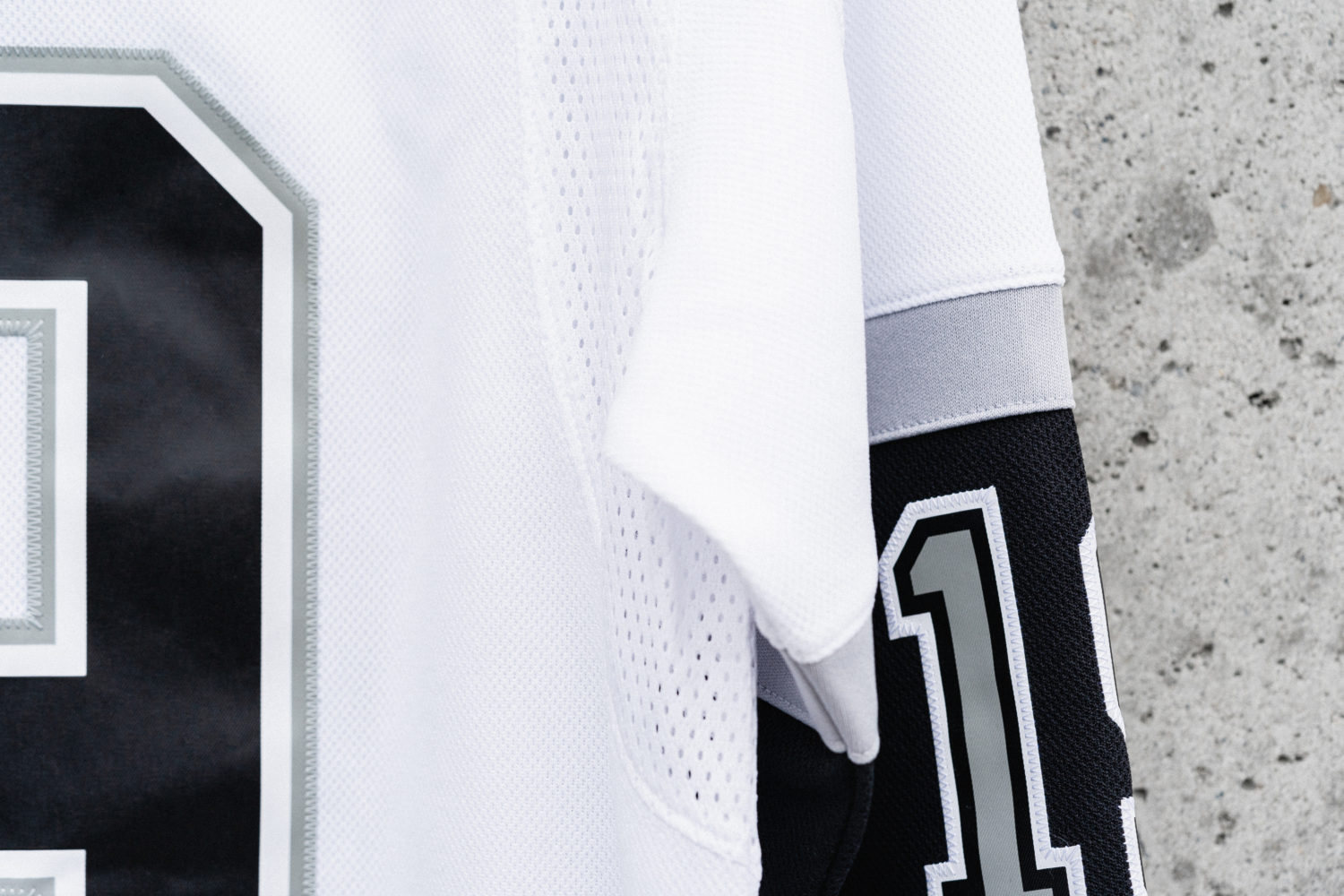 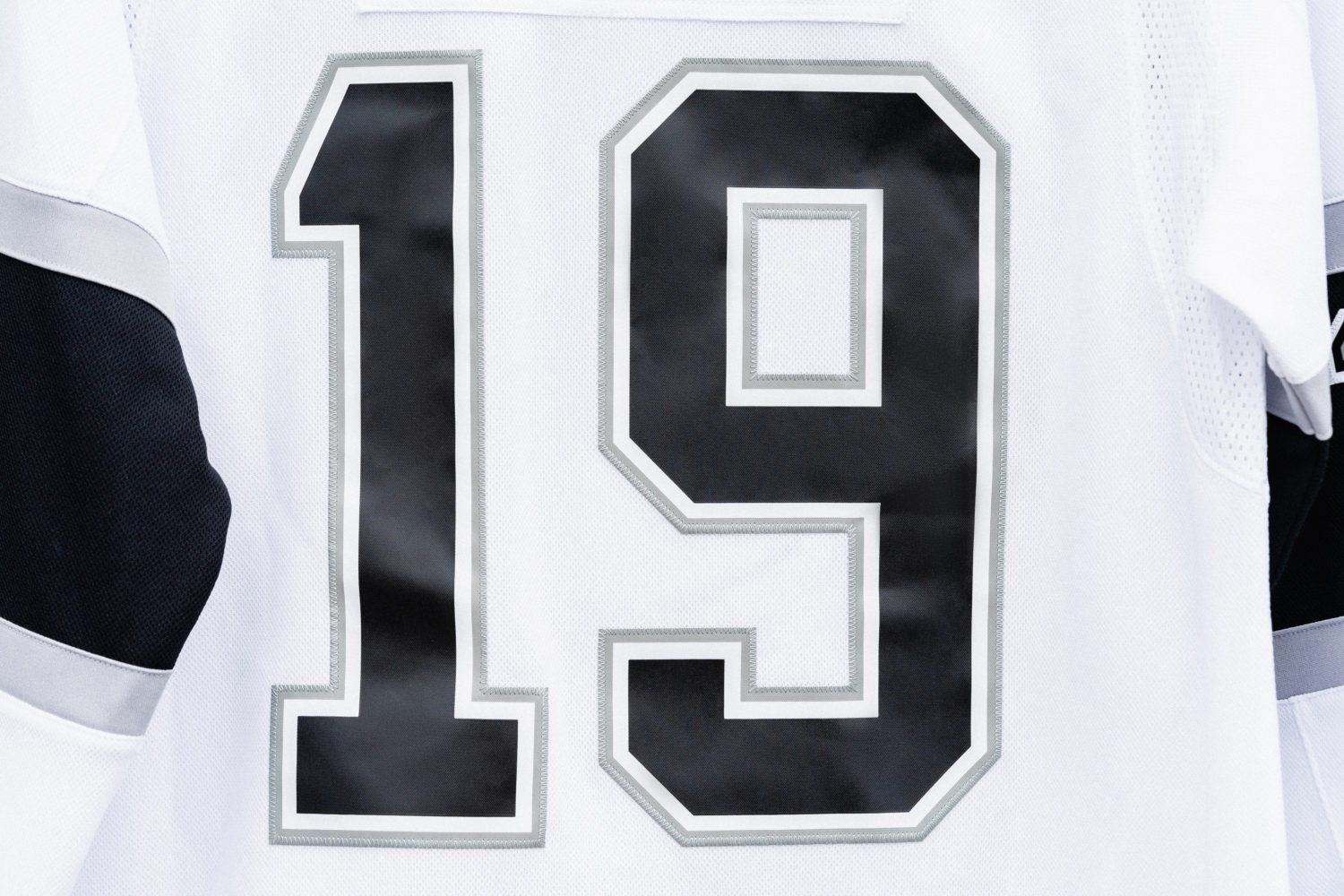 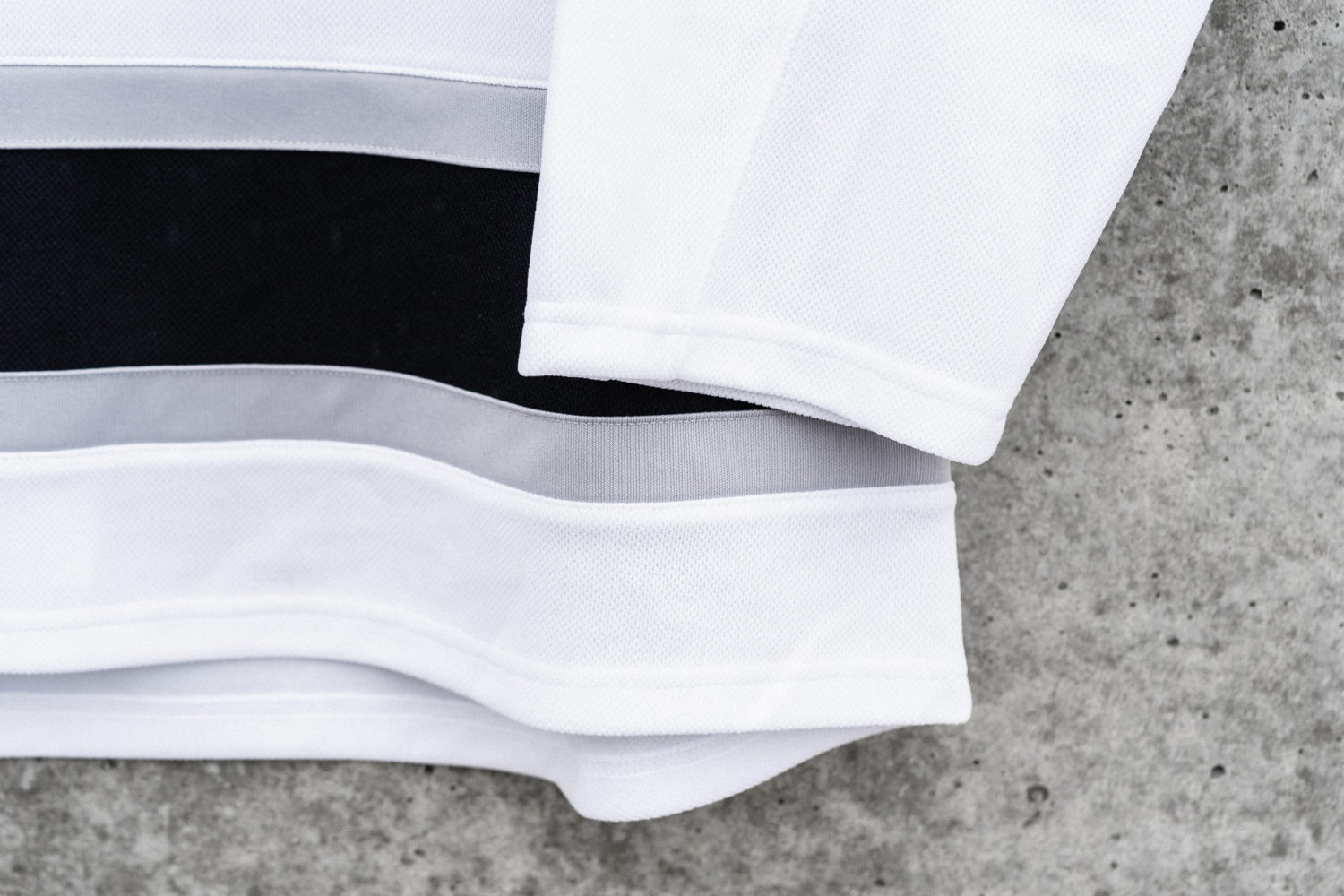 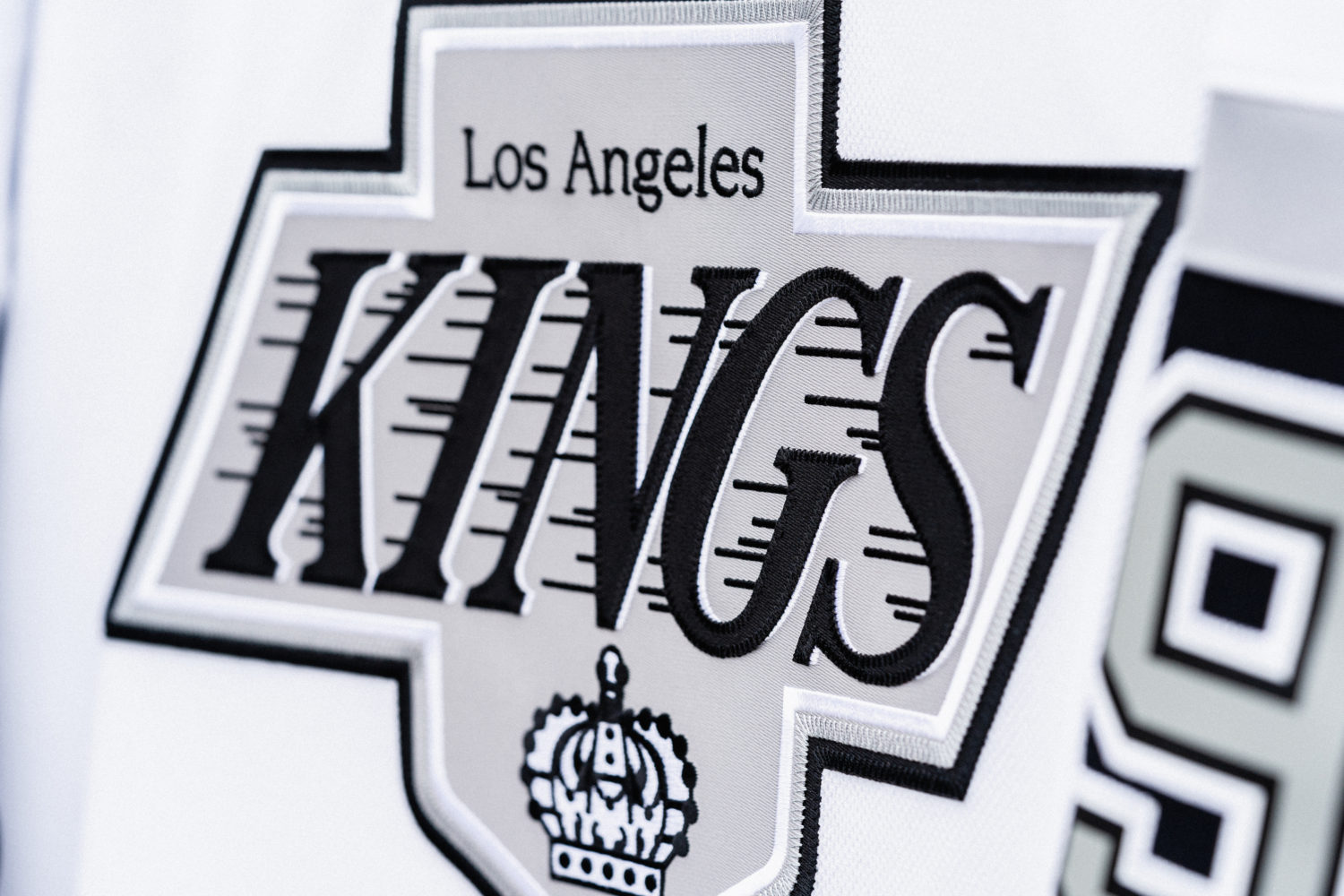 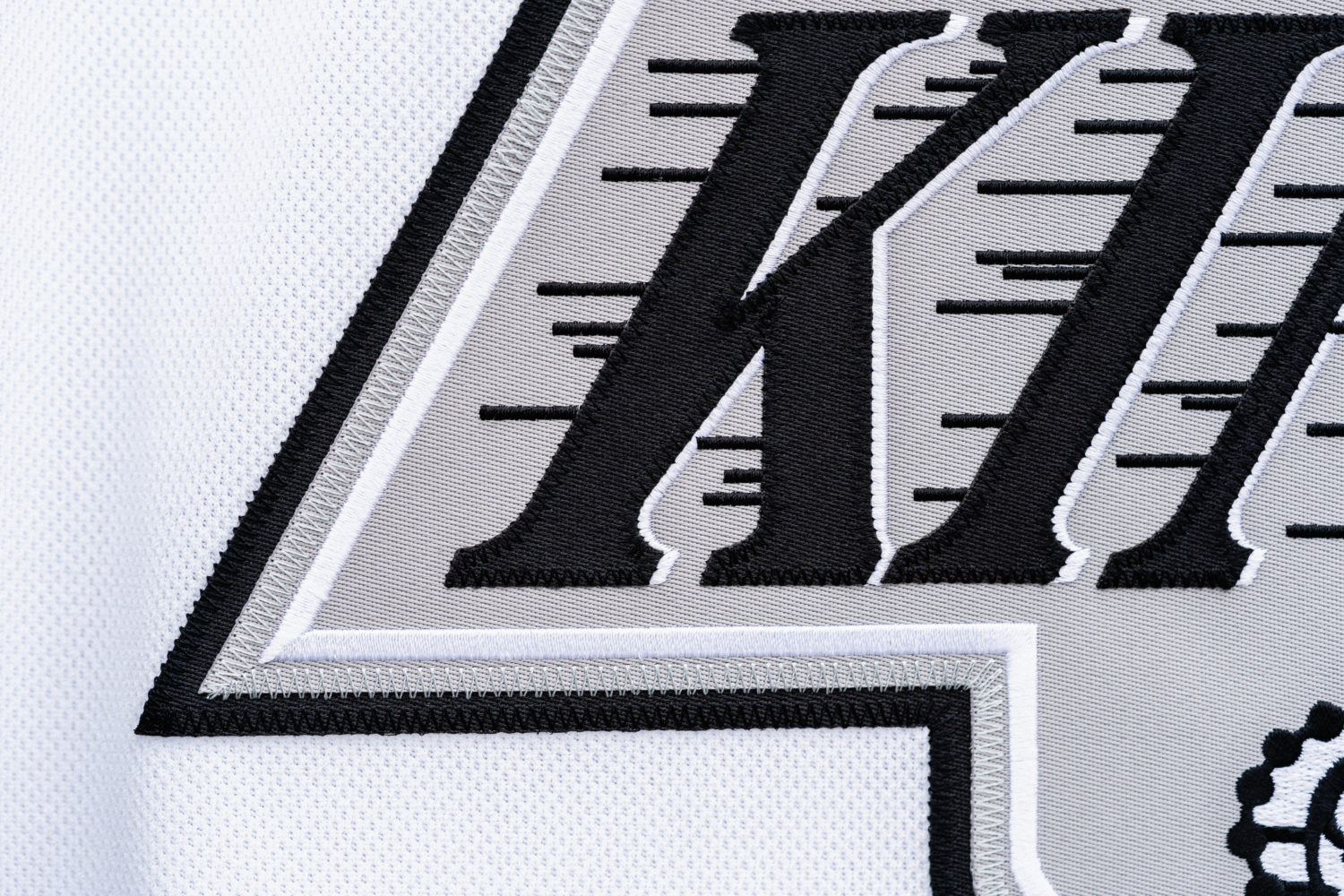 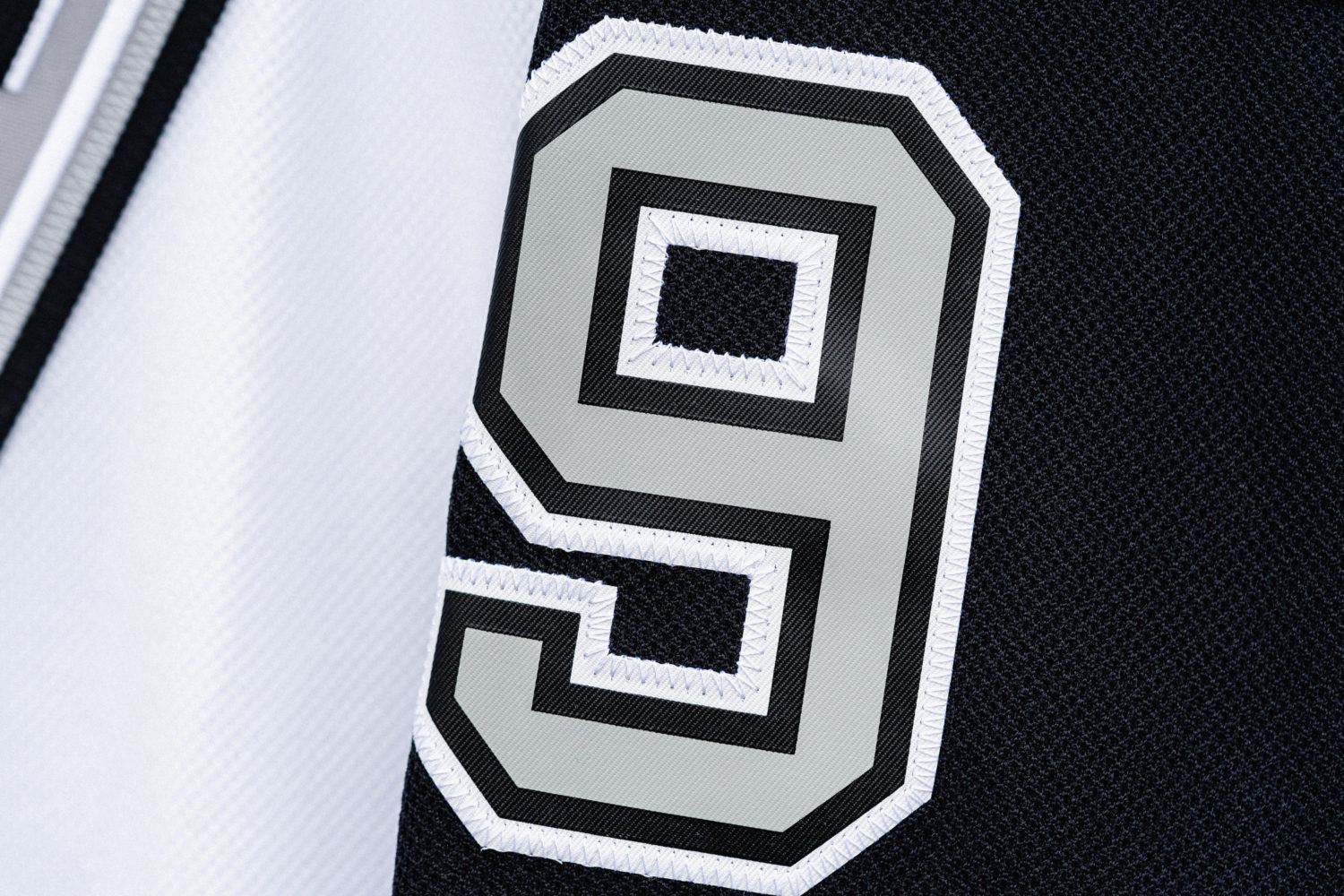 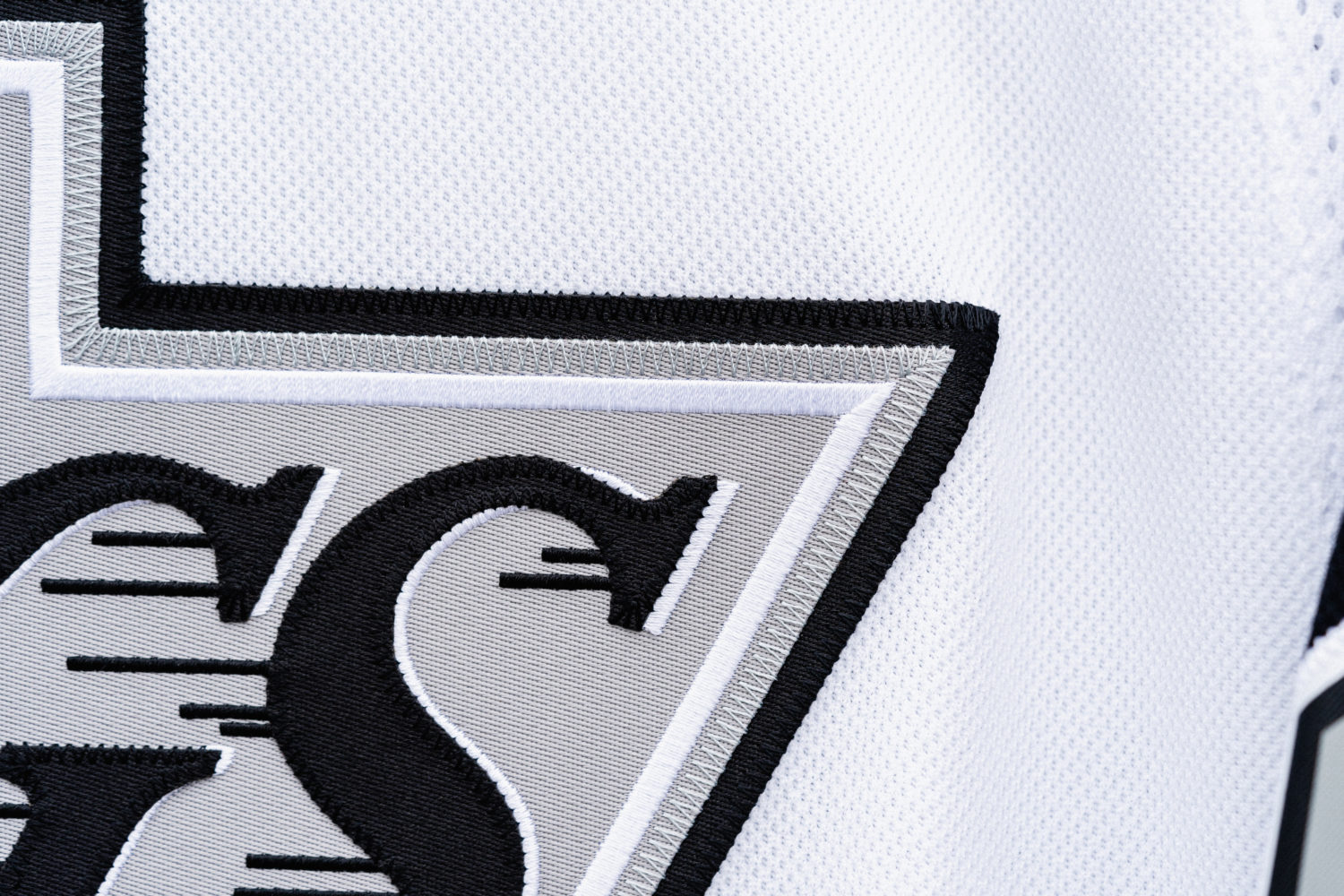 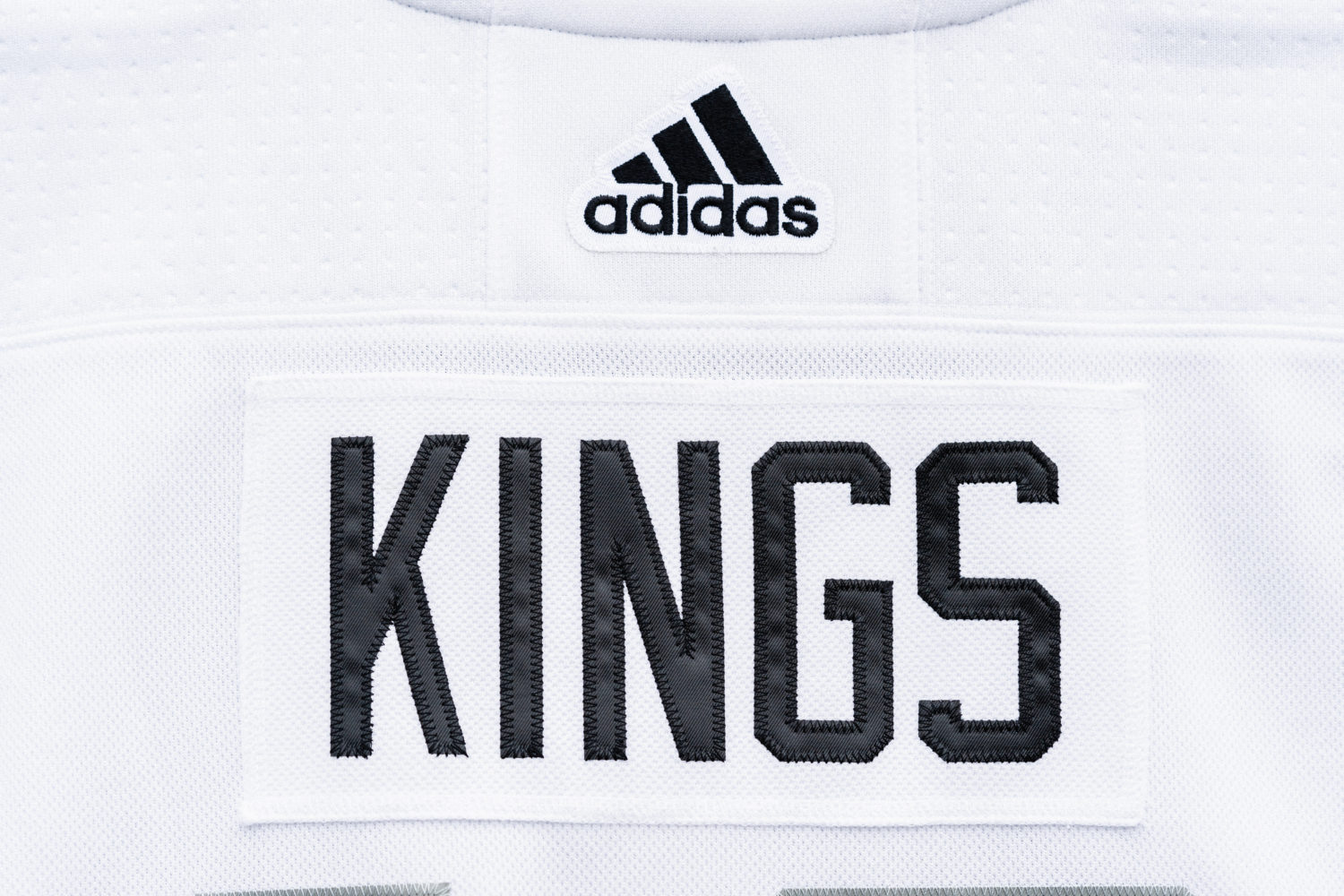