INSIDERS. Thanks for the patience. Took a few days off last week. Had some meetings. Planned, plotted, planned to plot some more. It’s the low season, so thanks for your understanding when LAKI slows down for a short period.

SAINT STEVENS. Among the topics regularly raised when media are congregating or waiting in team areas – we do a lot of that – is which figures are Good Media Guys. Who always has time for you? Who cares and makes the effort to get to know you and your background? Who explains things well and doesn’t get curt when they’re asked the same exact question every other day for two months straight? (As a counterpoint, there should be a documentary on how Darryl Sutter ultimately tired of the questions about how he planned on using Milan Lucic.)

Stevens was a great diplomat when the team traveled to China, a trip during which those of us in the Good Media Guys panel noted his patience and willingness without cynicism or vacancy to go beyond the usual media and promotional requirements of an NHL coach some two weeks before the season. He sold the game well. He treats those around him well. And like Daryl Evans, he’s got a terrific attitude, God Bless Ya. There’s not a vindictive or petty bone in his body, which has come off in emails and check-ins since his departure from the team, and now, an interview with Sean Shapiro of The Athletic ($) in which he expresses appreciation for his tenure in L.A.

The Athletic: How do you look back at time with Kings?

Stevens: I look at my time with the Kings as a very successful, enjoyable part of my life for a lot of reasons. I think Mr. Anschutz is as good an owner (as) you’re going to find in pro sports. He’s just a wonderful man and gives that team every resource it needs to try and win. I worked with some wonderful people there, got a chance to work with some great players that are good people – so, very fortunate. And the quality of life in Los Angeles is outstanding. The weather’s great but it’s just a great community to live in. I didn’t mind the travel at all. For me, that was kind of overblown out west. You travel on a nice plane and you had four big trips a year, but I loved everything about being in Los Angeles.

We had all kinds of young players come through there that weren’t NHL players when they came to us that became stars in the league, and I’m really proud of that. I was part of a group that came together and won two championships and did it two totally different ways. I’ve got some just wonderful relationships with a lot of the players I’ve coached over the years that are special to me – that goes for support staff and coaches and everybody else. My time in L.A. was terrific. All good things come to an end, one way or another, and that seems like such a small piece of it, to me. I love my time in L.A.; the success we had there was unreal. Those teams, they were as good as any teams I think that have ever played in the league. Those runs we had were special. I’ll look back at my time in L.A. and always have a really good feeling about the time we spent there.

JAKE MAKES A BREAK. Jacob Moverare is Gothenburg-bound again, having been loaned to defending Swedish and Champions Hockey League champions Frolunda. A fourth rounder in 2016, Moverare’s game relies on hard defending, astute positioning and “lack of bail-out” rather than impressive footspeed, though his mobility improved in concert with his conditioning as a 20-year-old, first-year pro last season. He posted nearly as many points in Frolunda’s SHL title run as he did in his 42 regular season games, though he doesn’t profile as a point producer. From LAKI, shortly after his SHL title:

Frolunda operates a heavy, aggressive forecheck, and once he became acclimated to such systems while improving his professional regimen, his game improved. It’s not out of line with what many 20-year-olds go through after making the jump from junior hockey, as has been shared on these pages many times. He’ll again team with Samuel Fagemo to defend Frolunda’s title and is eligible to become a restricted free agent two summers from now.

AROUND TOWN. Get out here, son! There’s a doin’s a transpirin’!

B IS FOR BAILEY: Bailey’s visiting one library today, three Thursday, one Friday and many more through August 29. Trevor Lewis paid a visit yesterday.
REDONDO BEACH 5K/10K: See you Saturday, September 7. Current prices are locked in through August 15, though there are military, child, student and STM discounts.
TASTE OF THE SOUTH BAY: The upscale food and drink event will be held at westdrift Manhattan Beach in the evening of September 8. Adult tickets require a $100 donation; kids 12-and-under enter for $30.
GOLF TOURNAMENT: The club’s 20th annual golf tournament will be held Monday, September 30 and will also benefit Kings Care. All Kings players are scheduled to be present, along with alumni, broadcasters and other team figures. 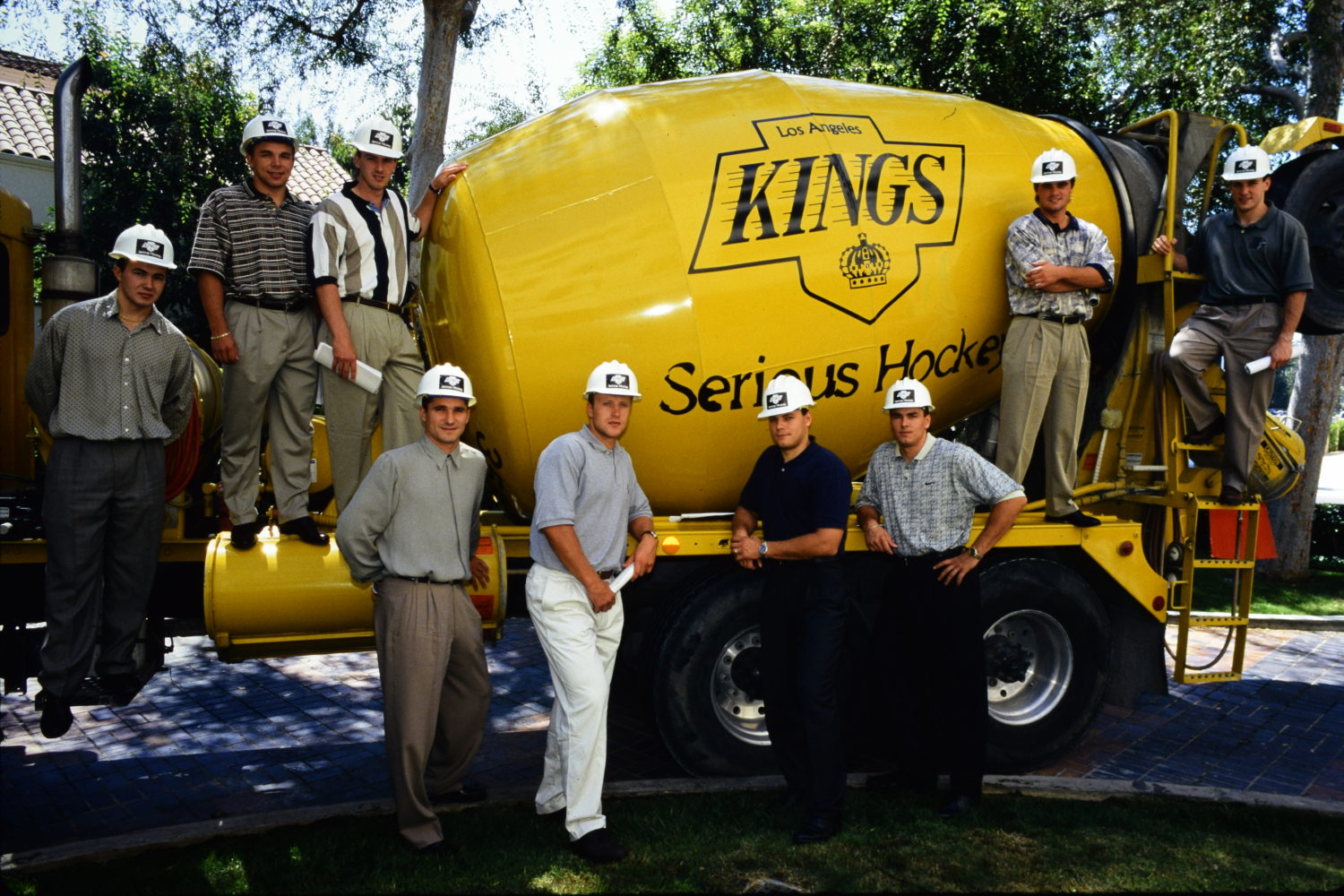