The Ontario Reign announced today that they will open the 2018-19 season at home on Friday, October 4 at Toyota Arena. Puck drop is slated for 7 PM as the Reign take on the San Jose Barracuda, the second straight season that the two teams have opened the season against each other, following last season’s meeting in San Jose.

The full AHL schedule will be released by the league at some point tomorrow.

The Reign dropped their first two home games last season against San Jose, but rebounded to win the final two to finish the season 2-2 at home against the Barracuda.

For the first time in @TheAHL, we open the season at home.

Herr Majesty
Happy Trails, Sam Herr. The former Reign forward signed with the EIHL’s Nottingham Panthers on Friday, marking the latest member of the 2018-19 Reign to depart the organization.

Herr had spent his entire professional career to date with Ontario, ranking fourth all-time with 193 games played. The Notre Dame product amassed 41 points in his time with the Reign, playing in mostly a bottom six role.

Herr’s value extended well past the stat sheet, however. The 26-year-old was a hard working player who frequently featured on the penalty kill and in tough minutes late in games. Herr played a smart, simple game and had a tendency to contribute offensively in key moments, including two game-winning goals last season. 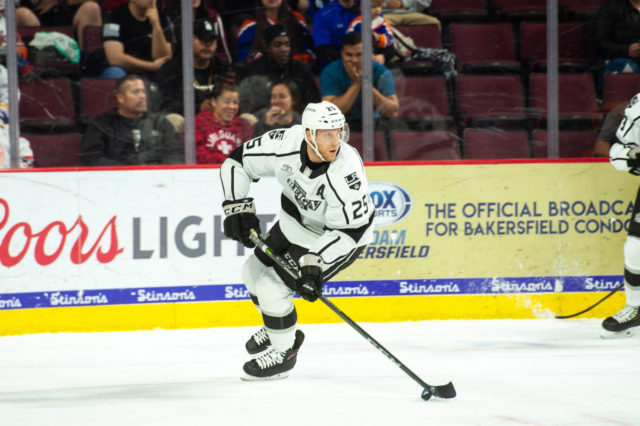