TICKETS: Tickets for the three games at STAPLES Center, in its 20th anniversary season, are on-sale now by visiting LAKings.com. All three preseason home games will include a pocket schedule giveaway. For group ticket deposits, suite inquiries or information on full or half-season season ticket memberships, call 1.888.KINGS.LA or visit LAKings.com for more information.

STILL SALTY: The final “home” game of the 2019 preseason schedule will be at a home away from home – more specifically, the home of the Utah Jazz. The Kings and Canucks return to Salt Lake City’s Vivint Smart Home Arena after the Kings took the inaugural edition by a 4-1 final in 2018. Utahans…..Utahns…..Utah natives Daniel Brickley and Trevor Lewis took part in last season’s game in a homecoming for both players. Tickets are on-sale now and available here.

OKAY, BUT WHAT ABOUT THE GAMES THAT COUNT: The 2019-20 regular season schedule will be released by the Kings and the NHL on Tuesday, June 25. This season’s schedule comes out four days later than last season, though the 2019 Stanley Cup Finals ran five days later than the 2018 edition……which is probably irrelevant but hey, got to lengthen this blog out a bit somehow.

CAMP HOPE: Also included in today’s release was the note that Kings Training Camp will begin on Thursday, September 12 at Toyota Sports Center in El Segundo. Further details around Development Camp and Rookie Camp will be announced at a later date. The Kings previously announced that this summer’s Development Camp will include the 2019 SoCalGas In The Pipeline Scrimmage, which will take place on Thursday, June 27 at TSC.

THE OTHER GUYS: The Kings will play a split squad series against Arizona for the second straight season, after Arizona swept last season’s pair of games. Los Angeles will not, however, renew the split squad sets with Vancouver, dropping the game North of the border and playing just the game in Salt Lake City. Los Angeles will also play a home-and-home with both Vegas and Anaheim, as it did last season. 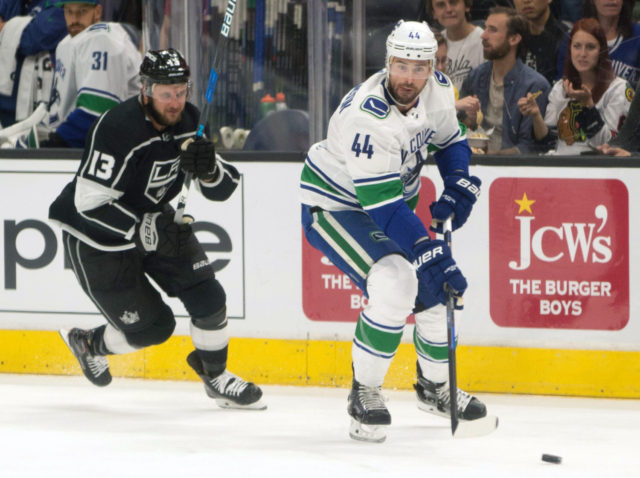