As reported by Lisa Dillman of The Athletic, Dusty Imoo, head of Goaltending Development for the Kings, will be leaving the organization for the KHL, joining the team’s lone Chinese franchise, Kunlun Red Star.

Kings news: Dusty Imoo leaving the organization for KHL. Great move for him.

People on the inside will realize this is a big deal. Imoo will also be helping on the goalie development front for the Olympic program in China. Great move by them.

As Lisa also noted, Imoo will also be helping the Chinese Olympic Hockey program, with the men’s team slated to participate in their first ever Olympic Games in 2022 as the host nation.

Imoo has been with the Kings organization since 2015, when he moved from the St. John’s IceCaps, then AHL affiliate of the Winnipeg Jets, where he served as the team’s goaltending coach for two seasons. Imoo specifically had an influence with regards to the development, or resurgence, that Jack Campbell and Peter Budaj both experienced with Los Angeles/Ontario, and the development of Cal Petersen. Imoo is the de facto goalie coach for the Reign and worked with all three netminders throughout their time with Ontario, as well as the younger prospects within the system. Imoo’s approach and presence resonated with the aforementioned goaltenders, helping them to develop throughout their time in the organization – Read more from all three below on their time spent with Imoo. 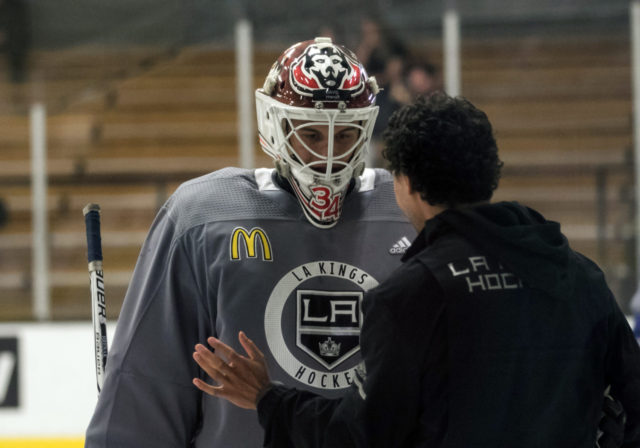 Perhaps Imoo’s most memorable moment with the Reign came early in the franchise’s second season in the AHL. In October 2016, with injuries forcing Campbell to the NHL, Dusty’s son Jonah made his first AHL start with the Reign, with Dusty himself serving as the emergency backup goaltender.

Peter Budaj on his relationship with Dusty Imoo
Dusty’s a great human being, starting there he’s a great guy and a very good coach, a hard-working coach. Being a coach doesn’t just mean you don’t work hard, you have to work hard, you have to do the film, you have to try to improve your goaltenders and dusty does everything. He’s definitely trying to help Cal and me improve our game and ultimately help the team to have better and better goaltender. He’s got a great personality, he’s very easy going, easy to understand. He’s firm, he tells you when you do something wrong, which is great because he tells you the truth, he tells you in a way that doesn’t make you feel bad. He just say that certain things need to be better and I appreciate that about him. He’s a big reason why I was able to play the way I was playing when I came [to the Kings organization], I’m definitely very thankful I met a person like that and I have a good friendship with him.

Cal Petersen on working with Dusty Imoo
It felt like I played some of my best hockey this year and Dusty really helped me to make sure that even when we weren’t getting the results on the scoreboard and the statistics weren’t there…he just knows my game so well and being able to concentrate on the things that are going to help me get to the next level. I think we were able to have that opportunity for growth in a somewhat lost season with the results, but I think, like you said, it was one thing that helped me to spin it into a positive season.

Jack Campbell on Dusty Imoo’s impact on his game
It’s huge to have a full-time goalie coach. I had some great coaches along the way but to have somebody here as knowledgeable as Dusty, on and off the ice, physically and mentally, the things that Dusty brings to my game and just to me as a person, that we can work on every day is just huge. It’s easy to feel like you’re getting better if you see someone once a month but the thing about this game is you really need to work on it every day to really see a difference and that’s what we’re doing. Even with our schedule, with how intense it can get where we don’t practice a ton, just some of the things Dusty and I talk about mentally have just made such a big difference. Just so grateful for that. 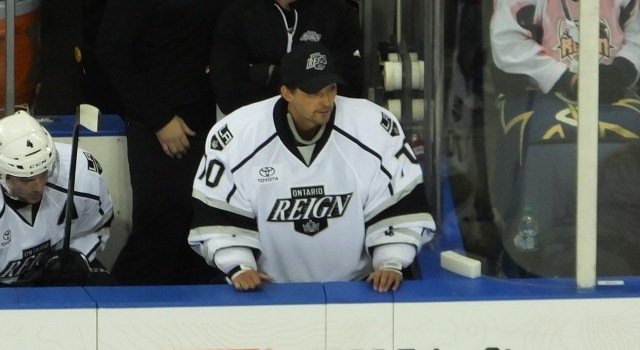