You recall the disclaimer. The LA Kings are slotted to pick 5th and 22nd in the first round of the 2019 NHL Draft, June 21 at Rogers Arena in Vancouver. They might take U.S. National Team Development Program forward Trevor Zegras with that 5th pick. They might not! As part of the recurring Royal Lineage feature, LA Kings Insider will familiarize you with a handful of players who may be available when it’s Los Angeles’ turn to step towards the podium for the first time on Friday night.

And to get you familiar with ::flips coin:: this U.S. National Development Team forward, LA Kings Insider reached out to ESPN.com’s Chris Peters, who has covered Zegras and the rest of the U-18 team from Keokuk to Örnsköldsvik. 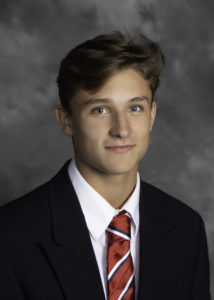 Let’s get down to brass tacks. The heavy probability is that Zegras will be available with the fifth pick. There had been rumblings that perhaps he was emerging as a player who could, ultimately, be a consensus-type fifth-best-player in the draft, and certainly there’s a degree of skill in his game that represents an element that the Kings are looking to inject throughout their lineup. Really, when talking pure skill, you might find only one player in the draft whose grade surpasses Zegras’: his linemate, Jack Hughes.

“Z’s an unbelievable talent, the way he can move the puck,” Hughes said at the NHL Combine. “He prides himself with the way he moves it. He’s a really easy player to play with. The puck’s going to be on your tape, and you’re going to be able to score. I loved playing with him because of how creative he is and how much fun he has playing hockey.”

Trevor Zegras, known for his ultra-creative playmaking, said Patrick Kane is his favorite player. Got to know Kane vicariously through Jack Hughes during the Worlds. Said he heard some good stories. Wouldn't share any of them. #darnit

The Athletic’s Corey Pronman did put together an interesting feature last week that relied on short video clips to illustrate how Zegras uses his body to put himself in position to improvise and make plays that might not otherwise be there. “I put a 75 on Zegras’ hockey sense, indicating I think he has the capability to be one of the smartest players in pro hockey, and I can’t see a convincing argument otherwise,” Pronman wrote, grading Zegras on the 20-to-80 scouting scale. “His playmaking ability is off-the-charts good.”

Sounds great! So, why isn’t he, like, a top-two or three pick? His skating is fine if not elite, and 26 goals and 87 points in 60 games don’t represent a production spike in line with, say, Cole Caufield’s 74 goals in 62 games or Hughes’ 112 points in 50 games. It’s actually an interesting discussion that Peters and I spent some time on – which USNTDP forwards, among the five that should go in the first half of the 2019 draft, might have had their stock and/or production either lifted or depressed because of the strength of the rising tide of offense around them.

His imagination gets the highest praise from me. He’s made some very creative one-touch plays where he’s knocking pucks that were behind him onto the sticks of teammates or firing a bullet pass while spinning with the puck on his backhand. He’s known as a playmaker but has a sneaky good shot and can pick a corner if you give him time. Zegras has fine speed, very good edge work and hands to evade checks. He can push the pace when he wants to, but for a small, slight forward, he slows it down a bit too much for me. He’s not the biggest or bulkiest pivot and has at times played wing this season, but he’s gotten steadily better in the physical parts of the game and will push back when opponents get physical with him. Zegras isn’t a guy who you pick to run over guys, though; you’re drafting him to slot onto the half-wall of your first power play and get the puck to the scorers on his wing for a decade. 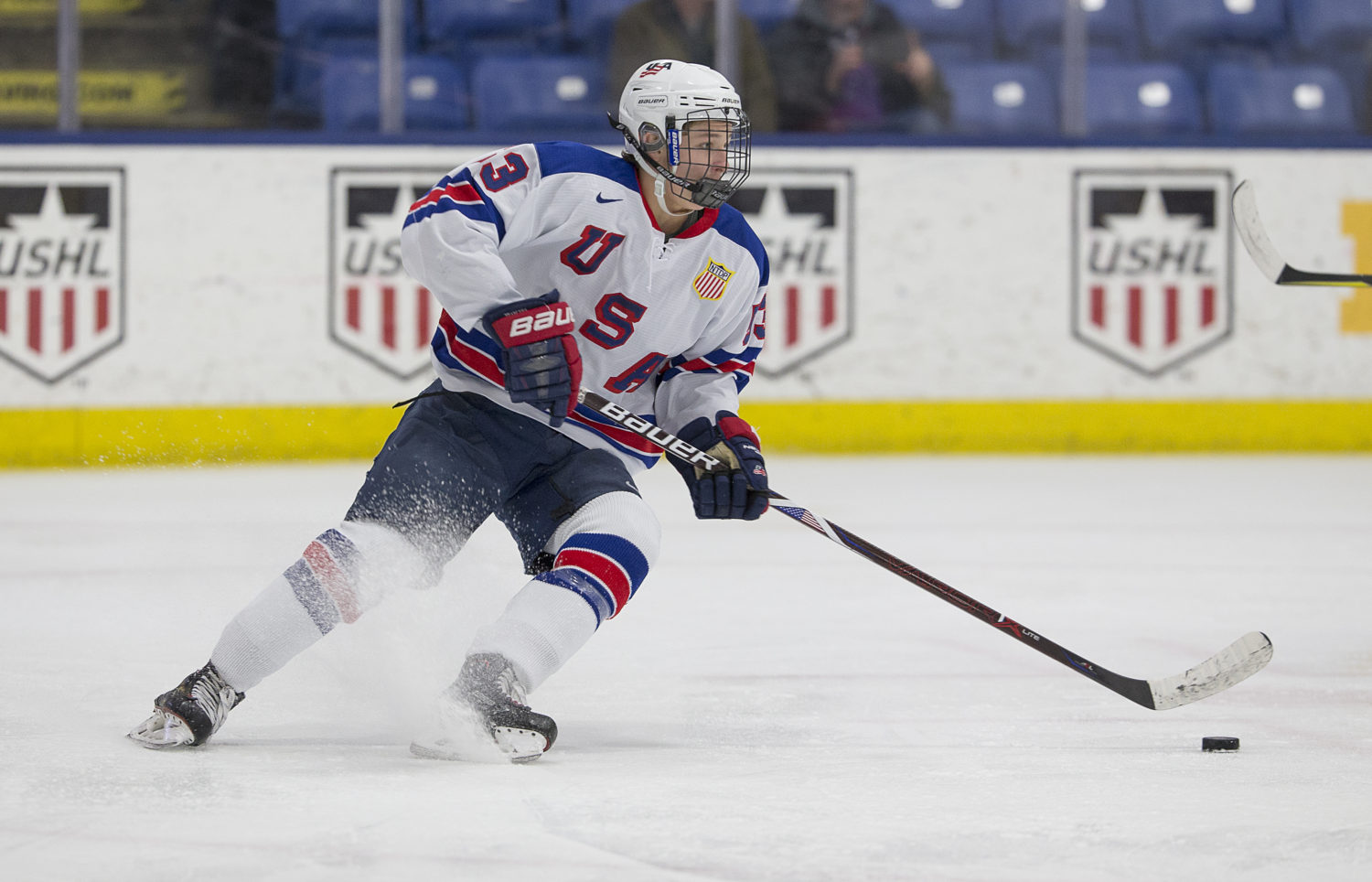 At the combine, Zegras checked in at 173 pounds, five pounds greater than his 2018-19 playing weight, and that’s a positive, given the bulk the young player needs to add, as Peters alluded to. Putting on muscle just to do so isn’t always the best approach, and Wisconsin Men’s Head Coach Tony Granato shared that for a player like 5-foot-7 Cole Caufield, who relies on his elusiveness and quickness to get to soft spots on the ice, you don’t want to add weight just for the sake of adding weight, which could affect his speed and mobility. But Zegras will benefit from the NCAA practice-workout-game schedule in which he’ll build his strength and endurance during the week when he enrolls at Boston University later this year. A Bedford, New York native, he’s from northern Westchester County, not far from where Kevin Shattenkirk, Max Pacioretty, Cam Atkinson and Jonathan Quick grew up. 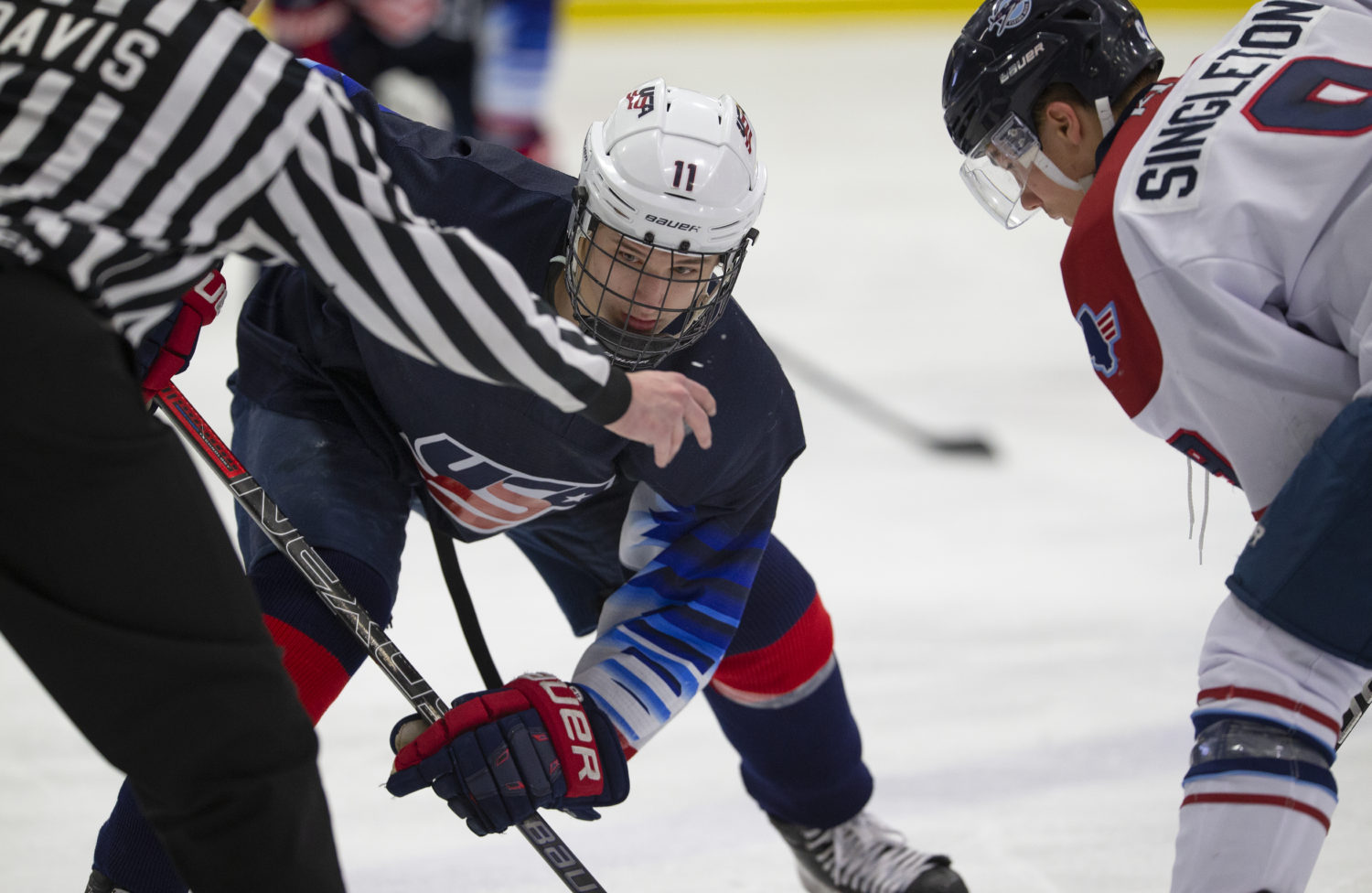 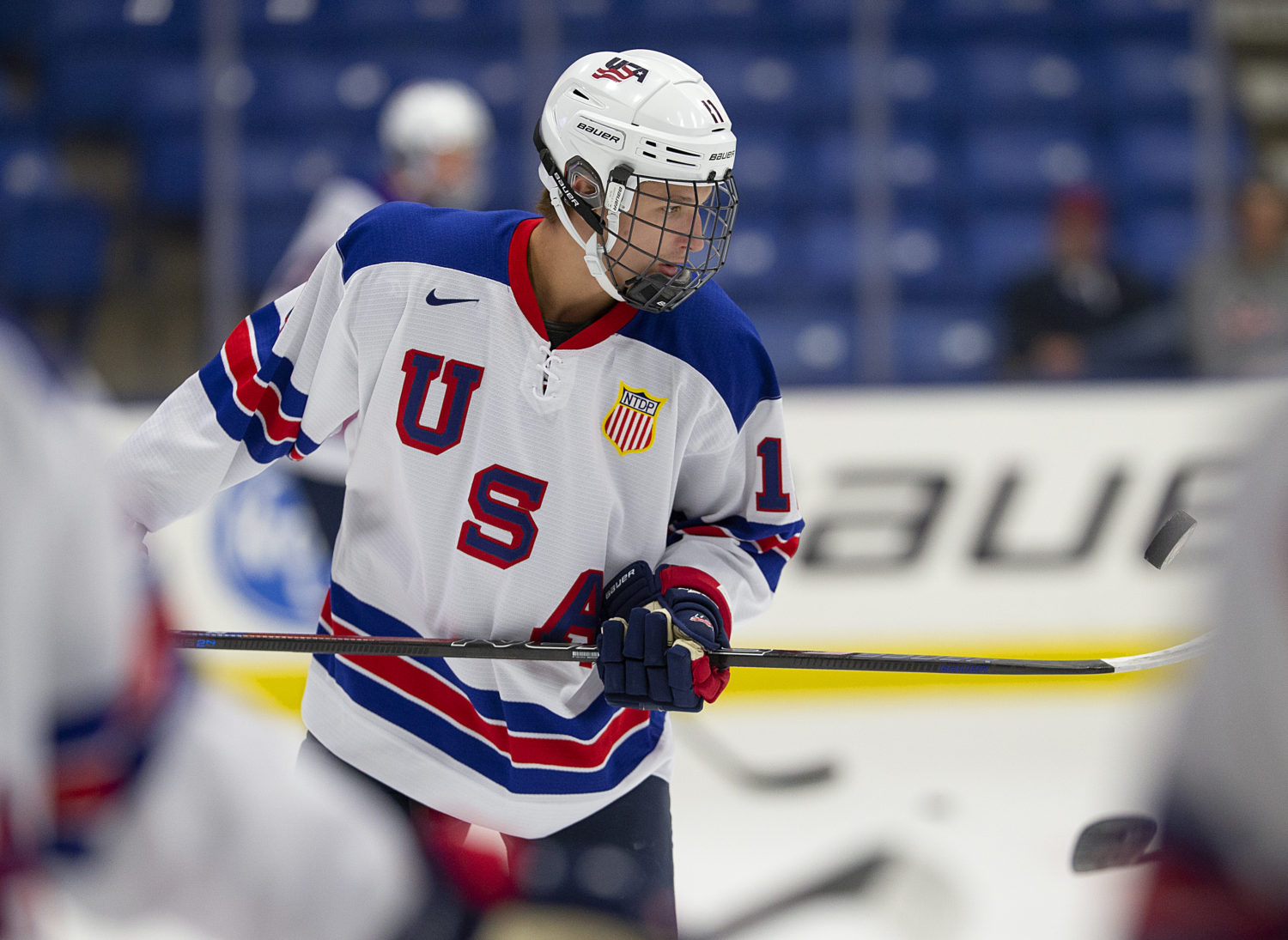 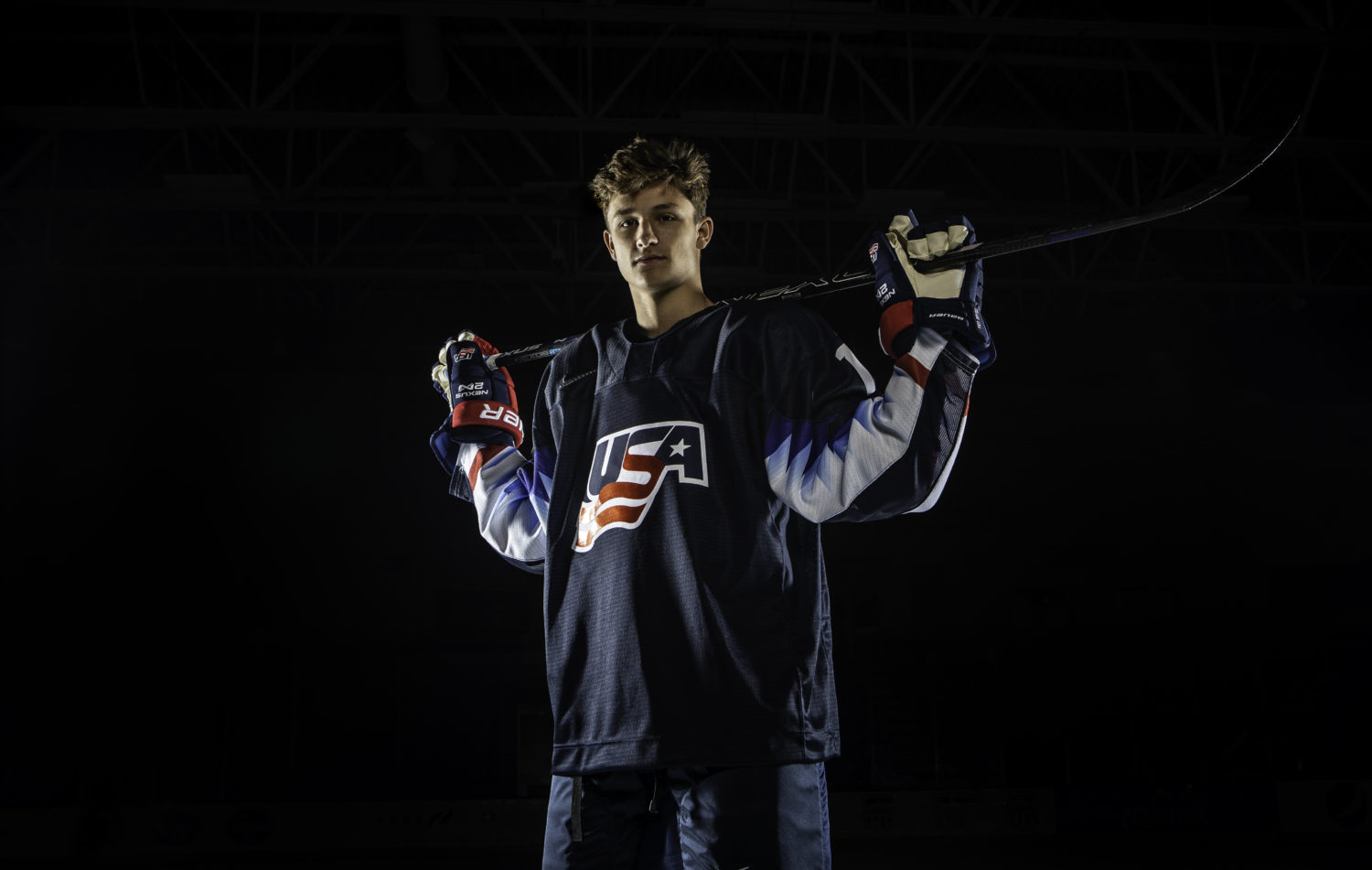