You recall the disclaimer. The LA Kings are slotted to pick 5th and 22nd in the first round of the 2019 NHL Draft, June 21 at Rogers Arena in Vancouver. They might take Saskatoon Blades center Kirby Dach with that fifth pick. They might not! As part of the recurring Royal Lineage feature, LA Kings Insider will familiarize you with a handful of players who may be available when it’s Los Angeles’ turn to step towards the podium for the first time that Friday night.

And to get you familiar with Dach, one of several highly touted WHL skaters expected to be drafted in the first half of the first round, LAKI reached out to old friend Mitch Love, Saskatoon Head Coach. Recently named an assistant for the Canadian National Junior Team, it wouldn’t be totally out of left field to see Love reunited with Dach in the Czech Republic this December. 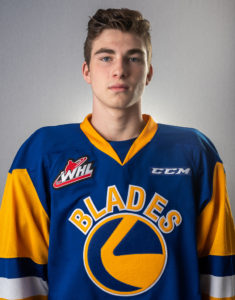 And, lo, the big guys. On the surface, Kirby Dach and Dylan Cozens are the most alike of the high-tier centers available near the top of the draft and will continue to draw comparisons alongside one another well past their draft day. These are responsible centers with size who can skate and elicit surface comparisons to the likes of Anze Kopitar and Ryan Getzlaf. Dach has shared that Getzlaf is someone he models his game after, and with some of the highest-rated instincts and hockey IQ in the draft, has a very complete and balanced package. His offensive zone playmaking and vision set him apart somewhat from Cozens, whose motor and heavier defensive game probably grade a notch higher.

Via Corey Pronman of The Athletic ($), whose prospect rankings were released Tuesday:

When you think of what teams are looking for in a No. 1 center, it looks a lot like Dach. He’s a right-shot centerman who measures in around 6-foot-4, with a lot of skill and offensive IQ, and plays heavy minutes. He makes high-end plays to his teammates and through defenders with consistency. His vision particularly stands out. He has great patience, finds guys in traffic and makes tough passes when you least expect it. He’s a prototypical power play QB and plays a 5-foot-10 skill game in a big man’s body. Dach showed that he can play all situations.

The second overall pick by Saskatoon in 2016, only Cozens has outscored Dach from their WHL Bantam Craft class. He captained Team Orr at the CHL/NHL Top Prospects game, and as a veteran of international tournaments has also represented Canada at the 2017 Under-17 Hockey Challenge and the Hlinka Gretzky Cup, where he won gold last summer.

Dach suffered an injury in a collision with potential first round pick Brett Leason in a heated second round series with the eventual WHL champion Prince Albert Raiders. After legging out his final games of the year at well below 100%, he made the decision to rest and recuperate rather than play for Canada at the U-18s, where he’d have assumed a high-profile offensive role.

Dach receives ample credit for his offensive playmaking ability and the way he sees the game but is also seen as a complete player capable of growing into a leadership role and building layers beyond his ability to distribute the puck.

“He has the ability to shoot pucks, and when he does, a lot of good things happen,” Love said. “I know that’s an area he’d like to improve in his game, being a shot-first guy. Because he does have that playmaking ability – he has the ability to make plays that a lot of other people can’t. There were a lot of nights that as a young 17-year-old with all the pressures that were on him throughout his draft-eligible season that he was our best player, and not a lot of 17-year-old kids can do that at the major junior level.” 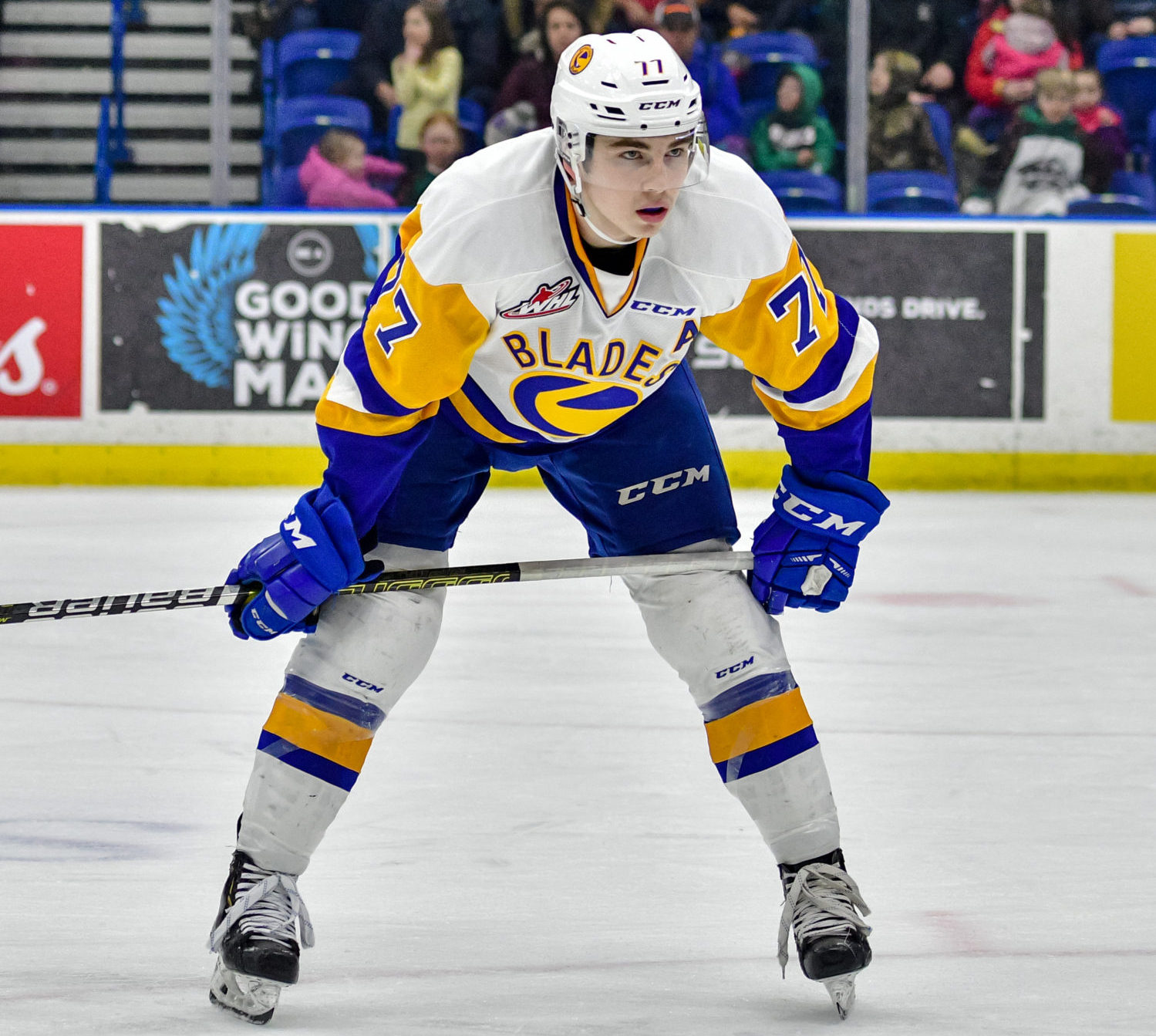 Dach can be soft-spoken; he’s also a 17-year-old draft-eligible player long foreseen as a high draft pick. Few others will endure the same scrutiny at the same age. But if there was a telling development in how the Blades value Dach’s presence and leadership capacity, it was when they traded character veteran Josh Paterson and affixed an “A” to Dach’s sweater. Dach should wear it well, given his extremely focused approach, which was told well in an article in the Saskatoon Star-Phoenix.

“Very good in practice,” Love said. “It’s very rare that I come off the ice and look at the assistant coaches and say, ‘Kirby was off today.’ He’s very prepared, you can see he’s been raised the right way by his family in terms of his morals and his loyalty to the game, what it takes to be a high-level performer.”

Not as soft-spoken? The captivating cadence of Blades crooner Les Lazaruk! 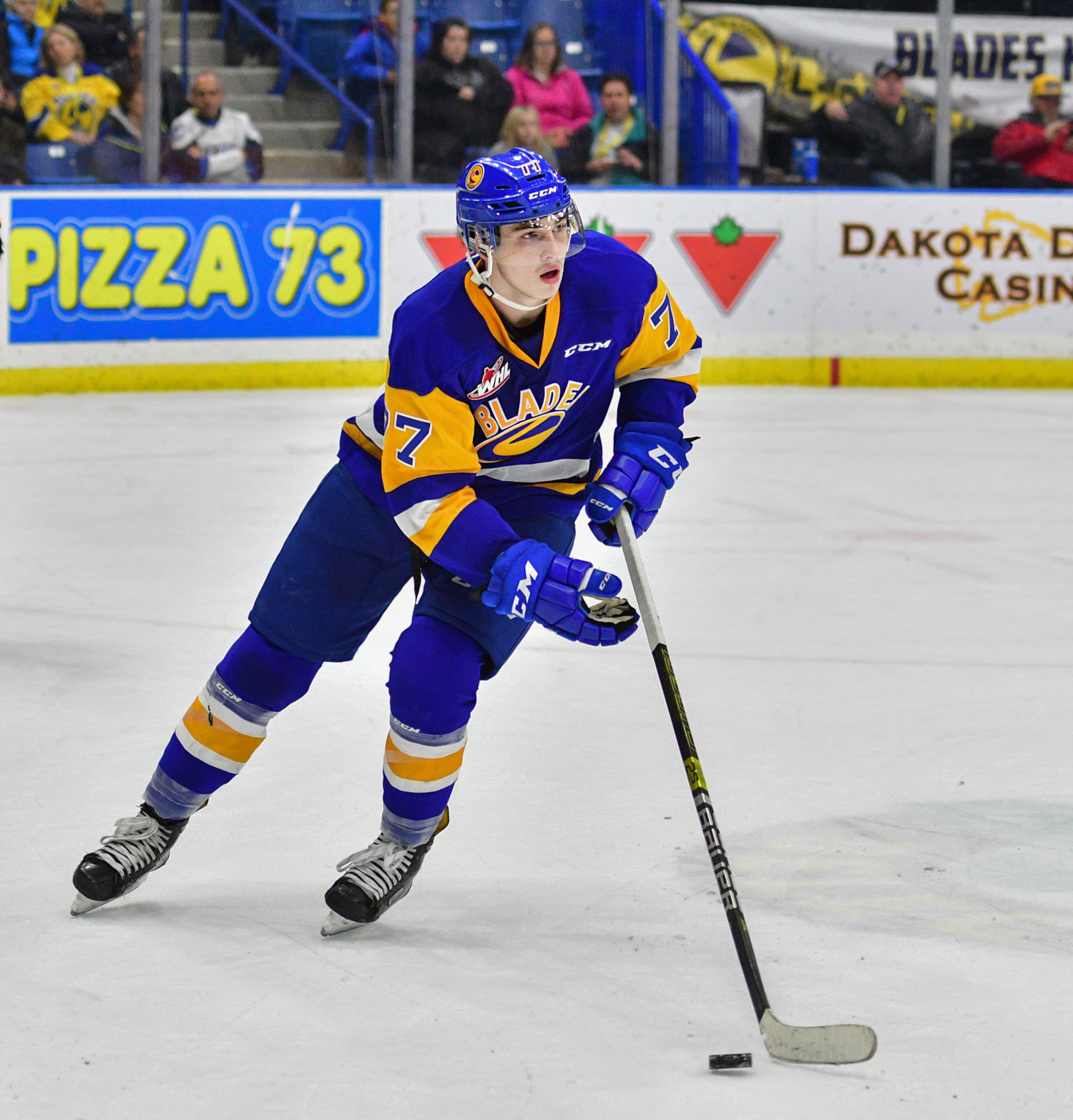