We’re still two weeks away from learning exactly where the LA Kings’ draft pick acquired in the Jake Muzzin trade will land, but by virtue of Toronto’s first round exit, the Kings now know they’ll end up with either the 20th, 21st, 22nd or 23rd overall pick.

CapFriendly, as it often does, lays it out well with this chart. The Stanley Cup finalists (or those who own their first round pick’s rights) select 30th and 31st, while the two teams that lose in the conference finals will select 28th and 29th. That leaves up to four division winners for the 24-27 slots, although the Capitals are the only divisional winner remaining in the playoffs (and face an elimination game tonight). This means that your rooting interests for round two should be Colorado, Columbus and, hypothetically, Carolina, should they get past Washington. This would push San Jose, Boston and the New York Islanders – all teams that finished with more points than Toronto but did not win their division – into the 16-to-23 range, thus shifting lesser regular season teams into the 28-31 slots.

We’re still a bit too early for full first round mock drafts. Prospect and draft experts Bob McKenzie, Craig Button and Corey Pronman do not yet have their final lists out. Via Elite Prospects, there are some updated rankings of the 20-23 range:

For what it’s worth, NHL Central Scouting, which divides prospects into groups of North American skaters and goalies and European skaters and goalies, has Ville Heinola, Kevin Broberg and Moritz Seider among the Europe-based skaters, and Phillip Tomasino, Lassi Thompson and Yegor Afanasyev among the North America-based skaters in the general ballpark of the 20-23 pick. This is just for the purposes of providing some slight definition to a draft pick that wasn’t available before last night’s Game 7s. Again, don’t get too attached to too many names here; this will be more interesting when sifting through LAKI archives some two or three years from now. I still recall pre-draft springtime speculation two years ago, when Los Angeles had the 11th pick and Pronman’s prospect list named former Vegas and current Ottawa prospect Erik Brannstrom as the 11th best prospect in the draft. (He’s really good.)

WASHINGTON (Carl Hagelin trade): In addition to their 2019 3rd round pick, the Kings also receive a 2020 6th rounder if the Capitals advance past the second round and Hagelin plays in at least 50% of the games in any two playoff rounds.
STATUS: Not yet reached. Washington and Carolina are headed to a Game 7 in a first round. Hagelin has appeared in all six playoff games to date.

CALGARY (Oscar Fantenberg trade): Instead of their 2020 4th round pick, the Kings would receive a 2020 3rd round pick if the Flames reach the conference final and Fantenberg plays in at least 50% of the games through the first two rounds.
STATUS: Not met. Calgary’s fire has been extinguished. Los Angeles picked up a 2020 fourth round pick for a no-cost free agent pickup who appeared in 73 NHL games over two seasons.

MONTREAL (Nate Thompson trade): The Kings received Calgary’s fourth round pick from Montreal for Nate Thompson and Arizona’s fifth round pick. This isn’t actually “conditional,” but is worth closing the book on.
STATUS: By trading Thompson, Los Angeles exchanged picks that allowed them to move from 138 to 119 in the draft.

The NHL Draft will be held at Rogers Arena in Vancouver June 21-22. 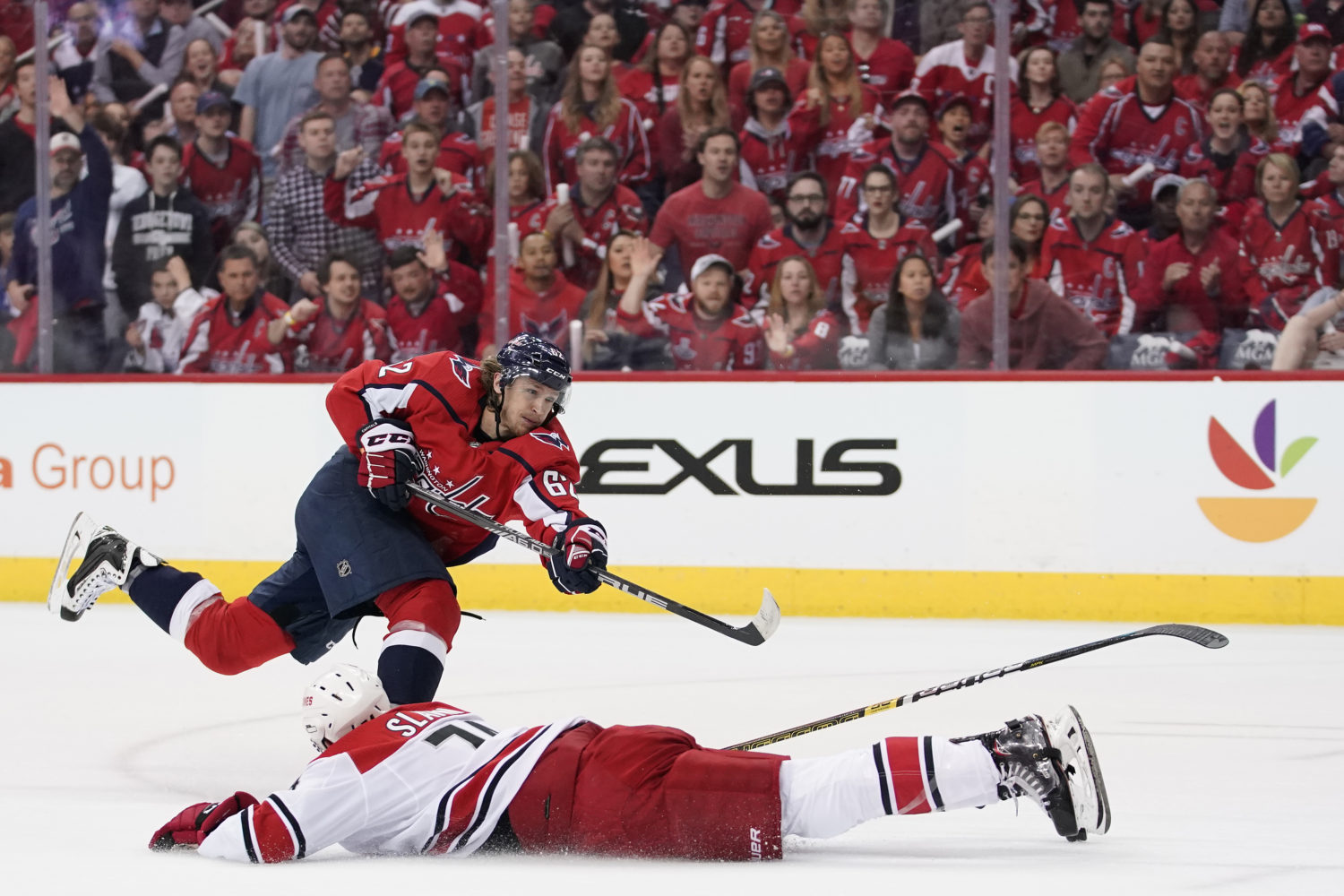