General Manager Rob Blake was hoping to check a number of boxes off when setting out to hire the next LA Kings head coach. His preferred hire was someone who instilled structure both organizationally and on the ice, who motivated players and commanded respect from behind the bench that generated a collective buy-in.

“The presence and the credibility are probably the number one thing, and that falls under the structure of the coach,” Blake said during year-end media availability last week.

“Have you coached in the National Hockey League, have you won a championship at a certain level high enough to be respected and have that credibility?”

Barring an unforeseen crumbling of a potential working partnership in a prolonged crescendo since November, Blake wasn’t expected to hire a rookie coach. On the contrary, he got the experienced, detail and structure-instilling head coach everyone had expected in Todd McLellan, whose hiring was announced on Tuesday after he had met formally with the team for several days. McLellan will be introduced Wednesday at a noon press conference at the LA Kings Off-Ice Training Center at Toyota Sports Center in El Segundo, which will be streamed live at LAKings.com/livestream.

The “credibility” Blake mentioned is a key theme in this hire. The Kings are at the precipice of a rebuild that wasn’t catalyzed by a top-two pick in this year’s draft. They’re catching up to a league that’s playing with increased pace, they’re rebuilding a defense, they’re looking to get more scoring out of a group that’s a mix of high-level, established veteran stewardship and a hungry stable of less experienced players looking to prove they both belong and are deserving of growing roles in the National Hockey League.

“We have a mix of old and young, and you can see the direction we went since the deadline, but someone has to come in that can allow the older players the credibility to play a certain way, to teach them, but then also incorporate young players into that mix,” Blake said. “It’s difficult.”

“I have to have a structured coach in there, I have to have a system and a style that I know that our players are going to buy in to. I have to make sure that our staff is on page with veterans and young players getting in there together at the same time – and there’s transition.” 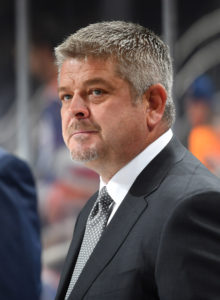 McLellan is 434-282-90 in his 806-game career as the head coach in San Jose and Edmonton. He won the 2008 Stanley Cup as an assistant under Mike Babcock with Detroit, a 2003 Calder Cup with AHL-Houston and a gold medal at the 2015 World Championship in addition to serving as Team North America’s coach at the 2016 World Cup of Hockey. His 434 regular season wins rank 33rd all-time and 11th among active coaches. McLellan’s teams have eclipsed the 50-win plateau three times and 100-plus points five times during his coaching career. The 29th coach in franchise history, he replaces interim coach Willie Desjardins, who was not retained after replacing John Stevens on November 4 and guiding the club to a 27-34-8 record. Assistant Coach Marco Sturm and Goaltending coach Bill Ranford are still under contract for next season, though Blake said at last week’s year-end press conference that the structure of the staff would be “under the direction of the head coach.”

There is not an easy task ahead of McLellan. Los Angeles finished in 30th place, again struggling to regularly produce offense while hampered by an ongoing lack of skill. They traded Tanner Pearson and Jake Muzzin, signaling the outset of a roster reshaping that will continue through the off-season – though production from several others tied to lucrative contracts hampers would-be returns. This is not a team built to contend in 2019-20, but rather one to continue building alongside a more skilled league played at a higher pace. The Kings, while continuing to place an emphasis on competitive levels and the ability to win puck battles, have also put in a concerted effort to scout, recruit and draft excellent skaters, marking a shift from the perception of the team as a heavier, physical defensive group that won Stanley Cups in 2012 and 2014 – and, representatively, Jennings Trophies in 2014 and 2018.

Building and sustaining an up-tempo team with a greater penchant for offense will be among the tasks McLellan undertakes.

“Take a look – for the last eight years, they got rid of hooking, got rid of slashing on the hands. Goalie equipment continually gets smaller and narrower, power plays, you start in the offensive zone,” Blake said. “Any rule that’s come into play goes towards offense. You start seeing offense take over the defensive structure. That structure still has to be there, but when you defend, it’s so difficult staying on the puck, and it’s hard. Teams are just getting the puck out of the zone. So, you want to play with the puck, you want to play offense, you want to be going after the other team. … But you can’t can’t turn your back on the [defensive side]. You can’t cheat for offense, but you can manufacture it.”

Tweaks in both tactics and general approaches as influenced by coaching could certainly spark a higher ceiling for success on the power play – and special teams in general. From 2008-09 through 2014-15, McLellan’s Sharks teams ranked second in the NHL with a 21.4% rate. “They had those five guys – Couture, Pavelski, Thornton, Marleau and Burns,” Dustin Brown said. “When you have a unit of five that had done power play things for years on end, it’s much like me and Kopi PK’ing. We’ve PK’d together for a decade. I don’t have to think about what Kopi’s doing, I know what he’s doing. Same thing on the power play.” 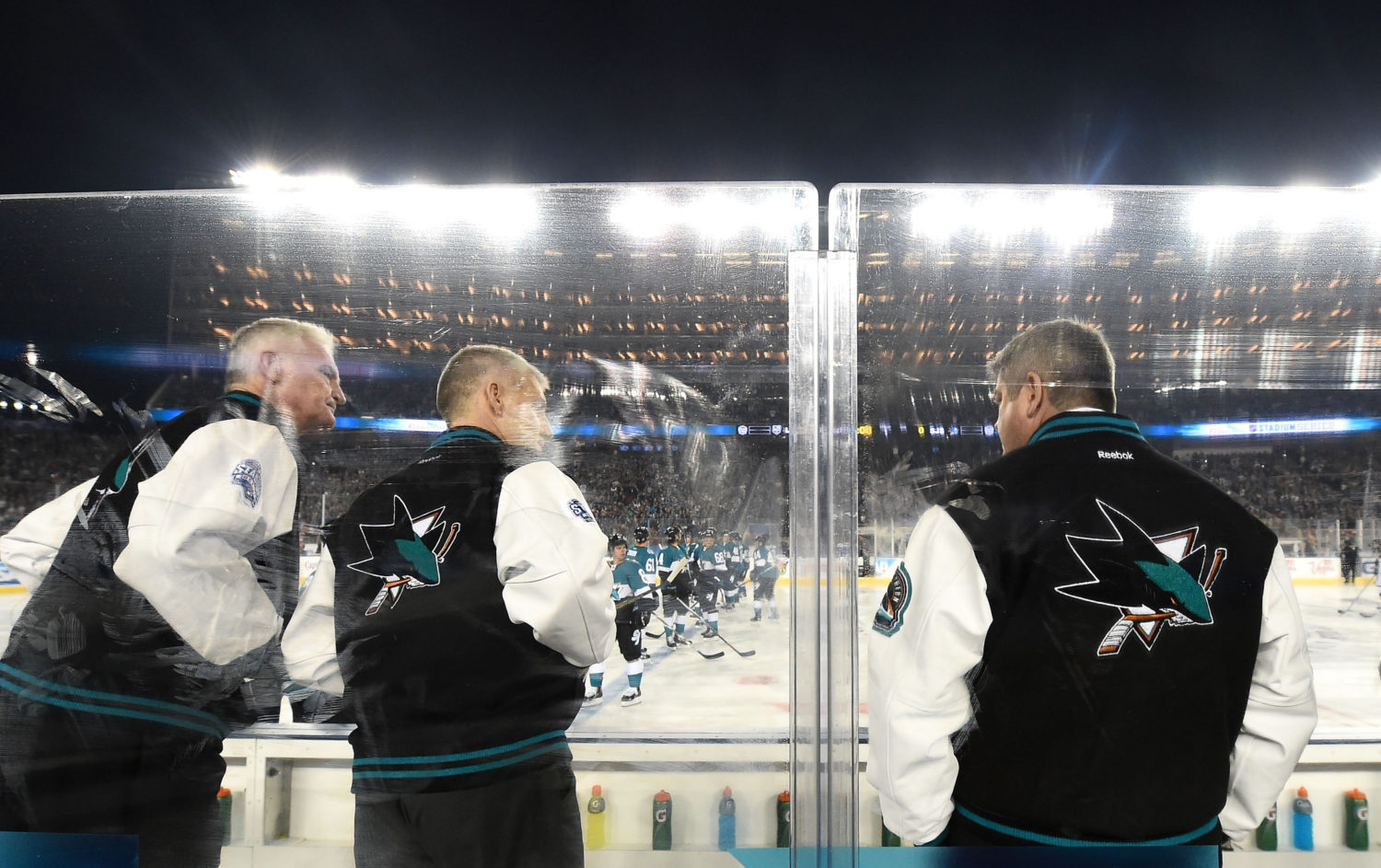 Changes in systems, in approaches, in thinking will take deft communication to execute, and again, this is a Kings team weighed on one side by a number of accomplished veterans unhappy with the team’s direction in recent years and on the other side by a considerably younger group trying to craft an identity and prove they can play in the NHL and help a team win. There is no one-size-fits all approach, nor are things exactly boiled down to a “hard coach” or a “soft coach,” even if Drew Doughty advocates for “someone that’s going to kick our ass a little bit” and echoed several teammates’ sentiments that the new coach hold the players accountable.

There does, though, need to be an approach tailored to a younger generation of player that maybe wasn’t as prevalent as before. Fostering that “buy-in” often comes with a “why” in addition to a “who, what, when” and “where” when teaching younger players, an observation noted by many across the organization.

“The buy-in part isn’t so much that you just say, ‘go do this, go get the puck in your own zone, make sure you’re quick up,’” Blake explained. “’Why’ do you do it? Put the video to explain it and show the success it has and show the failure if you don’t do it right. But it encompasses a lot more than just saying ‘do it.’ You have to have the players buy-in, but nowadays you have to show them and you have to explain why.”

“Times have changed, and teaching techniques and tactics and bench management and motivation techniques – you’ve got to push boundaries with players to get ‘em to respond, but there are different ways to do it. I’m throwing a lot of stuff on it – it’s hard. These coaches, I’m going to demand a lot from that head coach.”

And, inversely, much will be asked from a group of players that fell out with Darryl Sutter and did not respond this season to John Stevens or Desjardins’ stimuli.

“We’ve had three coaches in two years, so there’s definitely some looking in the mirror that going to have to be done,” Anze Kopitar said. “We’re going to own up on it now certainly going forward, because you can’t be firing coaches left and right.” 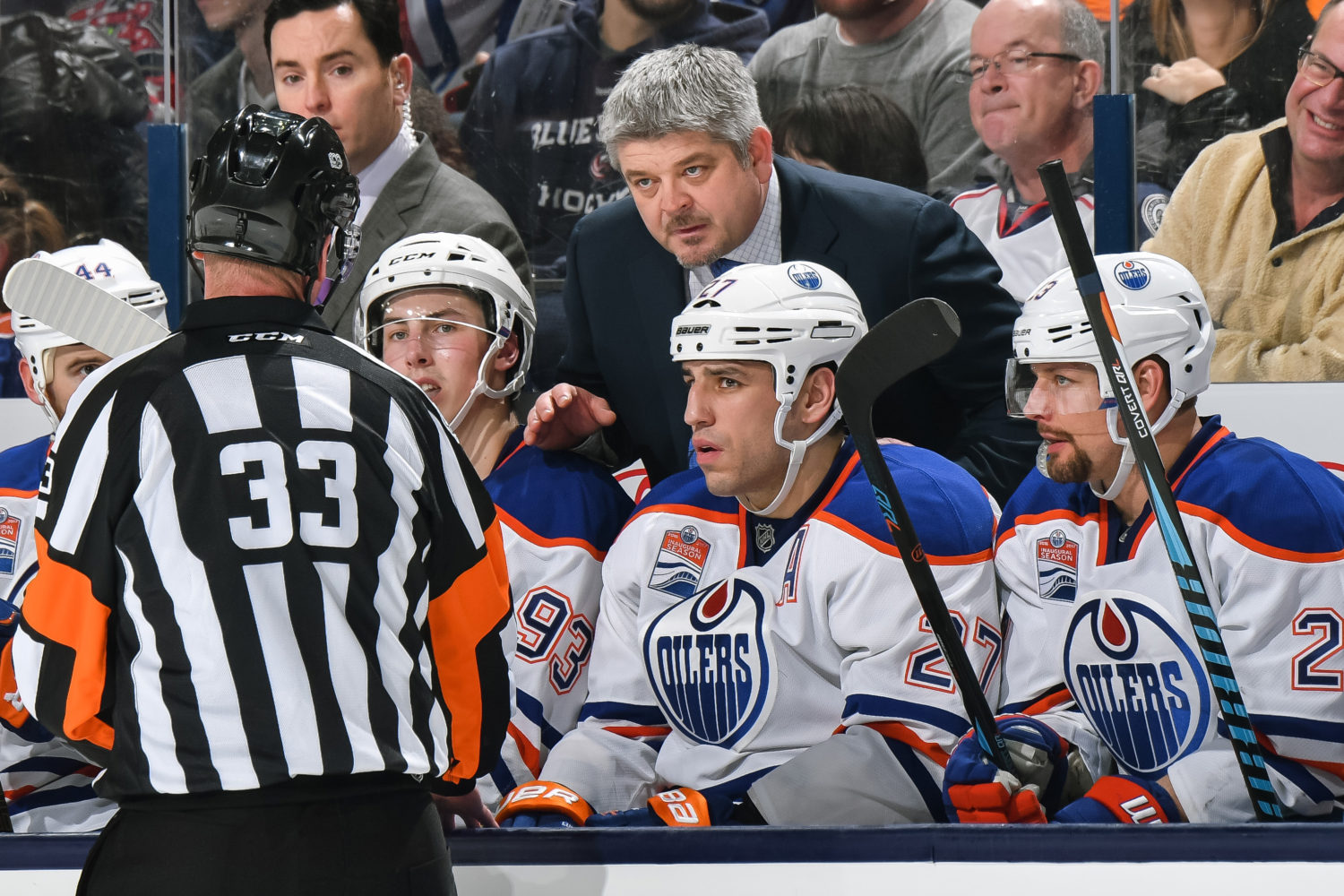