Waking up with the Kings: April 2 - LA Kings Insider

Waking up with the Kings: April 2

And with the 7-2 loss to Calgary on Monday, the LA Kings checked another day off the calendar in drawing closer to a fifth consecutive season that concludes in April. Drew Doughty had the money line, telling a small group of reporters he wished that the remaining games could be played in a row so that the team could just get it over with, and while that won’t sit well with some who pay sums to attend NHL games, he’s simply being honest and sharing what a number of his teammates are thinking. Of the semi-important game details, the Kings were tied at two with the Flames towards the end of the second period when they yielded a goal to Jonny Gaudreau on a beautiful shot from below the left circle. From there, Kurtis MacDermid laid a vicious but legal hit on Sam Bennett that left the agitating Calgary forward wobbly before he quickly headed down the tunnel and back to the dressing room. That was also the final shift of the night for an injured MacDermid, who didn’t come out for a third period in which Calgary generated the proper response to the hit by outshooting Los Angeles, 15-6, and outscoring them, 4-0. There were some positive performances from the first 40 minutes, which, of course, is not a regulation-length game. Michael Amadio and Tyler Toffoli both did a fine job in their perimeter battles, with Amadio winning a scrum along the boards that directly led to Ilya Kovalchuk’s clean entry and Kyle Clifford’s 10th goal of the season. But if we’re talking work and hustle and grinding, the honors go squarely to the Flames. Though Calgary rested their top four defensemen, Matthew Tkachuk and Michael Backlund – there are two 70-point producers among that group, to speak only of their point production – they still boast some of the most regular depth scoring as the second-highest scoring team in the league. There had been recent odes to the play of the Flames’ detail-oriented checkers like Derek Ryan, Garnet Hathaway, Austin Czarnik, Mark Jankowski and Andrew Mangiapane, who’ve recently provided good minutes on their highly effective third and fourth lines. Those players were the difference on Monday as they combined for eight points amidst an increase in minutes. 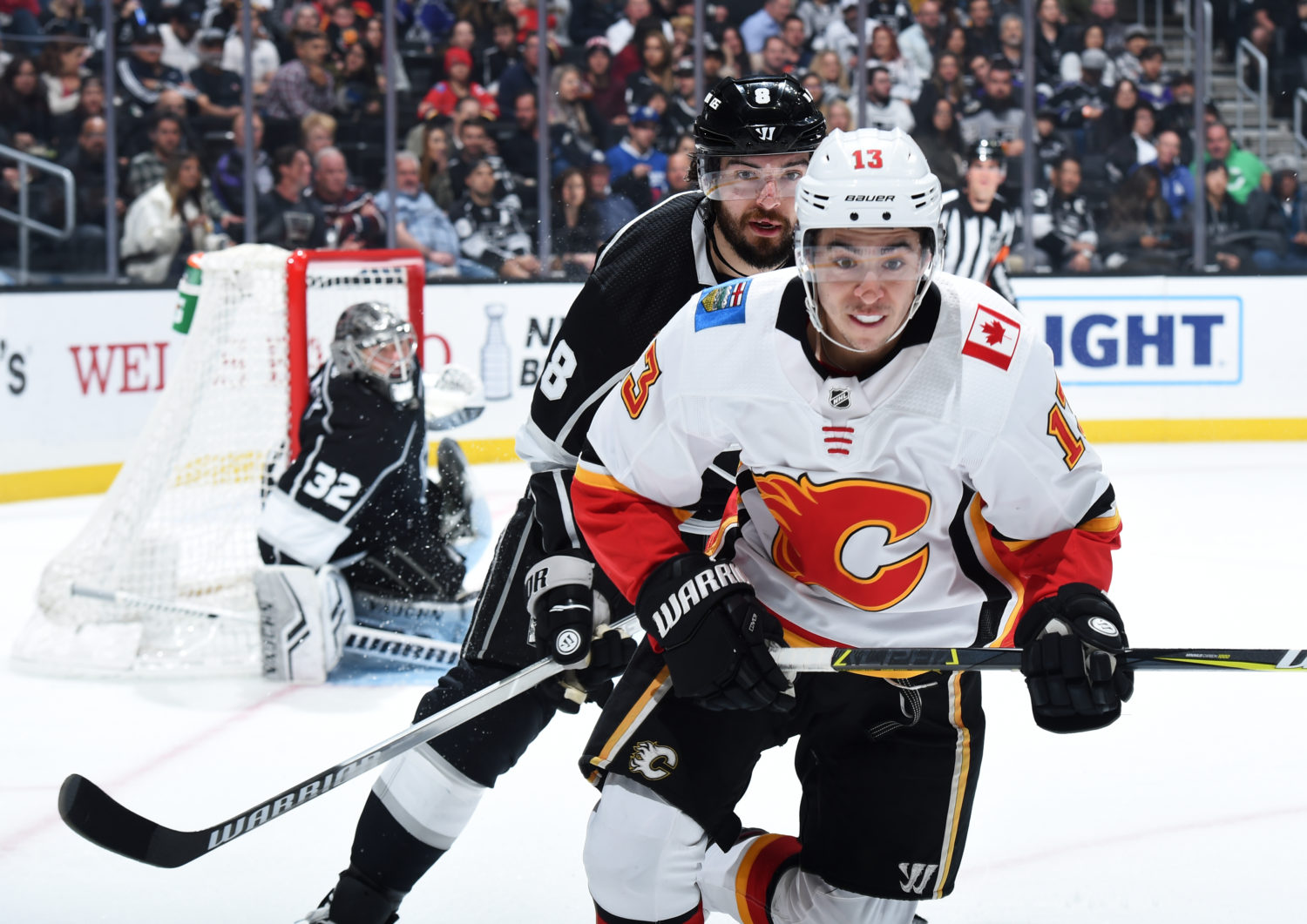 And then there was Jonathan Quick. Jedi-guided by the lifeforce coursing through the veins and arteries of Kings championship teams, the end of this season must be excruciatingly difficult for the ultra-competitive goaltender. Quick has an .866 save percentage since the team traded Jake Muzzin, and while a much younger, trial-by-fire defense has left him burnt on many nights, Jack Campbell – and perhaps this is the story here – has an improbable .924 rate over the same span. Quick is extremely frustrated, and that was apparent on Monday night. He wasn’t returning to the Los Angeles bench during second period television timeouts, a visible representation of his frustration with only three games remaining in a painful season in which there is valid doubt as to whether he’ll wear a Kings jersey next year. For as emotional as he is, he’s always been excellent at moving past a bad goal or a situation he’d like back to make The Next Save, and it’s worth wondering if the frustration over this season has snowballed to the point where the mental challenges are putting undue weight on his preparation and performance. Good on Willie Desjardins after last night’s game for his impassioned, 149-word articulation on what Jonathan Quick means to his teammates and the trust the coaching staff has in him. This season isn’t a referendum on him as a 33-year-old goalie, but rather a symptom of a depleted culture he had helped construct and the myriad of other challenges the team has faced.