The LA Kings have signed St. Cloud free agent sophomore forward Blake Lizotte to a three-year entry-level contract, the team announced Tuesday. The Lindstrom, Minn. product totaled 14 goals and 42 points for the Huskies in 37 games while accumulating a plus-28 rating en route to earning an NCHC First Team All-Star nod. Selected one year ago to the All-NCHC Rookie Team and the recipient of the conference’s Rookie of the Year award, Lizotte was also voted the Huskies’ Rookie of the Year and its Most Determined Player after his freshman season and will end his collegiate career with 22 goals and 69 points over a pair of seasons in which he amassed 76 games.

Lizotte will join the Kings upon their return from Arizona later tonight and will be eligible to play in one of the team’s remaining games, perhaps kickstarting a professional career that wasn’t expected to begin so abruptly. For the second consecutive year, St. Cloud lost its opening game as the NCAA tournament’s top overall seed, falling to Air Force in 2018 and American International in 2019. Both upsets were in 1-vs-16 match-ups.

Jonny Brodzinski, Mikey Eyssimont, Kevin Gravel, David Hrenak and Nic Dowd – all current, future or past Kings figures – hail from the St. Cloud program. Lizotte is not related to his Huskies teammate Jon Lizotte, who attended NHL development camps in each of the last two off-seasons and was recently signed to an AHL contract.

I’ll have a more thorough scouting report in the days to come, likely Thursday. But all accounts of Lizotte (several of which are available here and here) paint a picture of a skilled playmaking forward with an excellent motor who skates well and has taken on some goal scoring responsibility.

The Kings’ top targets in NCAA free agency were Princeton’s Max Verroneau and Clarkson’s Nico Sturm, players that recently signed with Ottawa and Minnesota. They also continue to recruit Bowling Green forward Lukas Craggs, whose services are also being courted by a number of NHL teams. With the announcement yesterday that Sturm will head to the Wild, Lizotte became a top center target on their list.

While the Kings badly need to accentuate their speed and skill, they’re also cognizant of the need to be able to win puck battles against NHL players with excellent competitive levels, hence their pursuit of players like Sturm and Craggs, and the extended look they gave to Ohio State’s Mason Jobst. But it is a requirement that the skating ability of all potential signees must pass a certain level, and Lizotte’s skating is one of his noted attributes. More to come later this week, Insiders.

Dynamic offensive talent. Good skills and skating, excellent vision. Not a big guy, but came away from a lot of SCSU games impressed. Thought he'd be sticking around at St. Cloud for another year, but no issue with him taking advantage of interest. Intriguing talent. https://t.co/BNTSNisloX 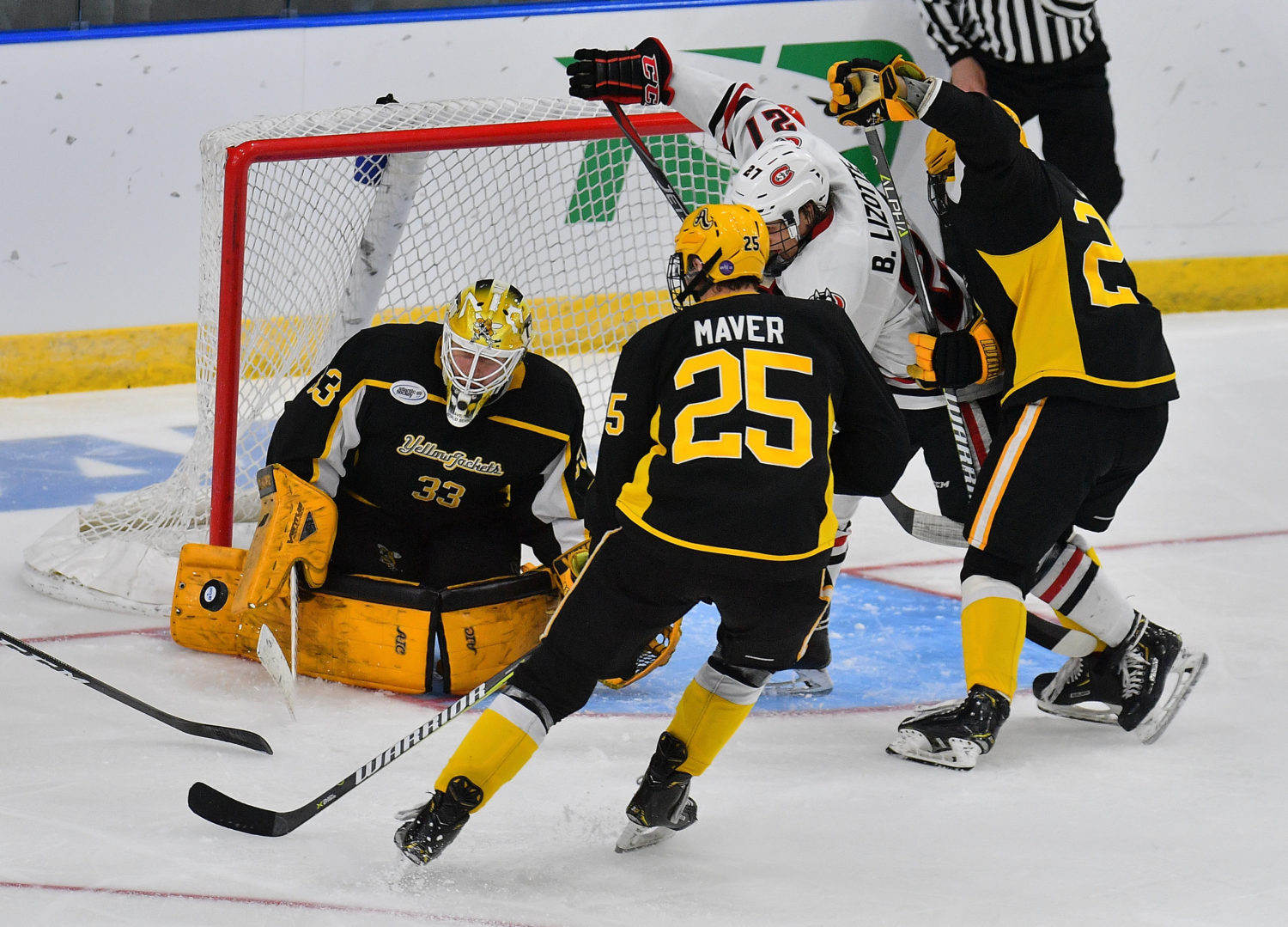