— The vitals: Jonathan Quick will start in goal versus Calgary, against whom he is 14-8-5 with a 1.85 goals-against average, a .925 save percentage and four shutouts in 28 career outings. It’s the first night of two back-to-back sets – the LA Kings are 5-4-1 in first nights thus far, winning once in regulation – that account for the four final games of the season. The expectation is that Jack Campbell will start Tuesday night in Arizona. Dion Phaneuf and Paul LaDue remained on the ice for some extra work and are projected scratches, while Willie Desjardins confirmed that Ilya Kovalchuk would enter the lineup in place of Jonny Brodzinski. “I think he can add some things in different areas,” Desjardins said. “He wasn’t with us on the trip, so that’s why he didn’t play against Chicago coming back in.”

— Their vitals: David Rittich goes for the Flames, who will rest a number of regulars tonight. Rittich earned a shutout in his only career start against the Kings, stopping 21 shots in a 1-0 Calgary win on November 10. Via Pat Steinberg of Sportsnet 960, the Flames will sit forwards Michael Backlund (21 goals, 47 points) and Matthew Tkachuk (34 goals, 77 points) and defensemen TJ Brodie (9 goals, 34 points), Noah Hanifin (5 goals, 33 points), Travis Hamonic (7 goals, 18 points) and Norris Trophy candidate Mark Giordano (17 goals, 74 points). They’re expected to ice a lineup of Gaudreau-Monahan-Lindholm, Bennett-Jankowski-Neal, Mangiapane-Ryan-Hathaway and Frolik-Quine-Czarnik up front and defensive pairings of Fantenberg-Andersson, Valikamki-Prout and Kylington-Stone. Calgary clinched the Pacific Division last night with a 5-3 win at San Jose. This was Calgary’s third division title since the creation of the Pacific Division in 1993. It has also been won by Anaheim and San Jose six times, Dallas five times, Colorado three time, and Arizona/Phoenix and Vegas once. Los Angeles, Vancouver and Edmonton have never won the Pacific, though the Canucks and Oilers, like the Flames, were in the Northwest Division from 1998-2013.

— Note the 7:00 start time, Insiders. The LA Kings Live pre-game show begins at 6:30 p.m., with puck drop coming at 7:15 after the conclusion of Dustin Brown’s ceremony.

— And again, because @LAKings and @LAKingsInsider will be flooded with questions about this later, tonight is the Brown ceremony. Anze Kopitar also happens to be playing his 1,000th game. The ceremony to honor Kopitar will take place on Saturday, prior to the season finale against Vegas, because teams traditionally honor 1,000-game veterans in their first home game after setting reaching the milestone. This is very much like Mr. Show’s Pre-Taped Call-In Show bit: 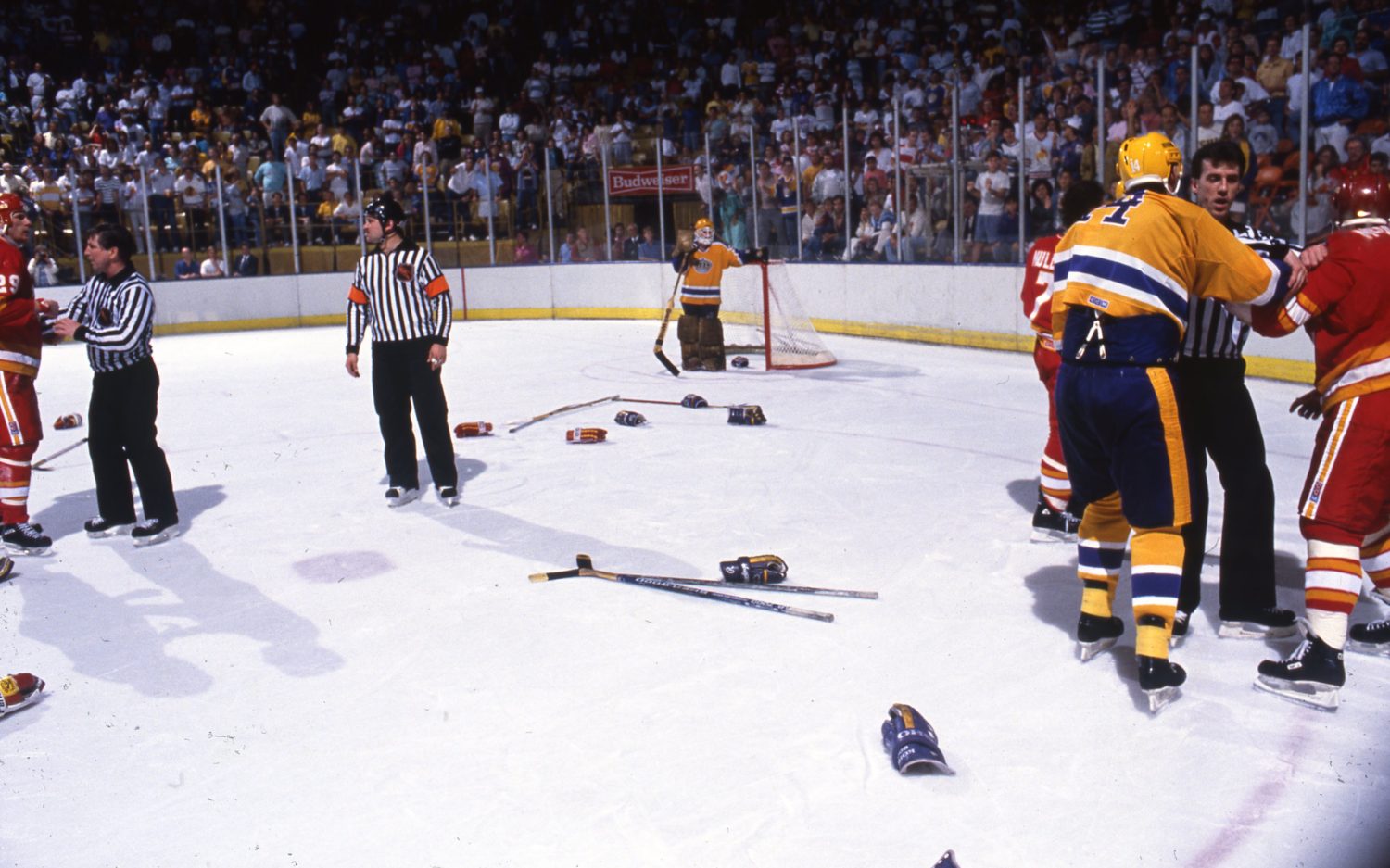