Waking up with the Kings: March 29 - LA Kings Insider

In a fun, 77-shot game overflowing with storylines and played by two teams with better juice than their records or recent performances might suggest, it was Tanner Pearson that scored the game’s only shootout goal, releasing a familiar hard, accurate snapshot that a very sharp Jonathan Quick got most but not all of. Brown played his franchise-record 1,112th game, Jonathan Quick played his 600th and Anze Kopitar played his 998th, and on the other side, Alex Edler potted his 94th career goal to surpass Mattias Ohlund as Vancouver’s all-time leading defensive goal scorer. And then there was Quinn Hughes, who was cheered in warm-ups, saluted with a standing ovation for his first shift, and repaid the recognition with a shifty assist to shake off Trevor Lewis and create his own short-side chance that was finished off by a diving Brock Boeser. An overtime shift by Hughes, Boeser and Elias Petterssen generated one of the two Grade-A chances fought off by Jonathan Quick and provided a glimpse of the solid foundation with which they’ll have to build in Vancouver – and what should lead to some long-waited raised expectations in the Pacific Northwest next year. By the time rival Seattle enters the league, there’s a decent chance this could be a good team. There was a really good buzz in the arena for a late-March game between two teams bound for the draft lottery. 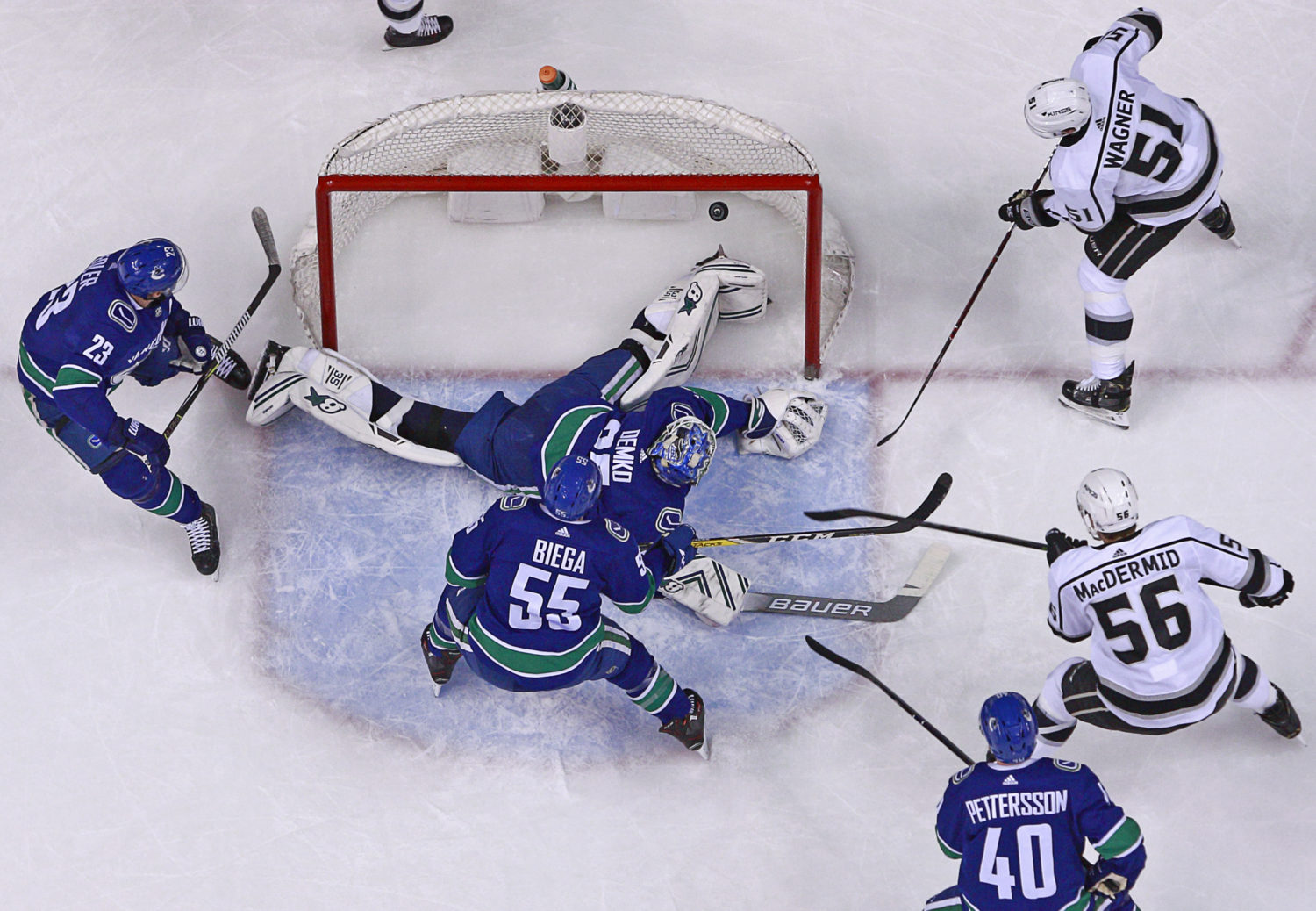 Ilya Kovalchuk has sat the last five games, two of which have gone to a shootout. Los Angeles won the Anaheim game but is 1-for-7 in individual chances over the past week, and Kovalchuk is 4-for-5 on the season and one of the game’s premier weapons in the extra session. Moving on. Kurtis MacDermid appears to have strung together several strong performances in a row, and though he’s not going to push the minutes needle too far, his 12:26 was the most he’d recorded since his first game after the recall. He leveled Troy Stecher along the boards and also showed a good stick in removing Bo Horvat from the puck on a one-on-one in the Los Angeles zone. There were more effective minutes as well from Grundstrom – another 18 and a half of them – who had four hits and three shots on goal, which doesn’t account for his power play deflection of a Doughty shot that trickled wide by inches. Austin Wagner, who set a goal of 20 points, has 19 of them in 57 games and continued to hammer home his emergence as one of the more unsung and unexpected performers on this year’s team. 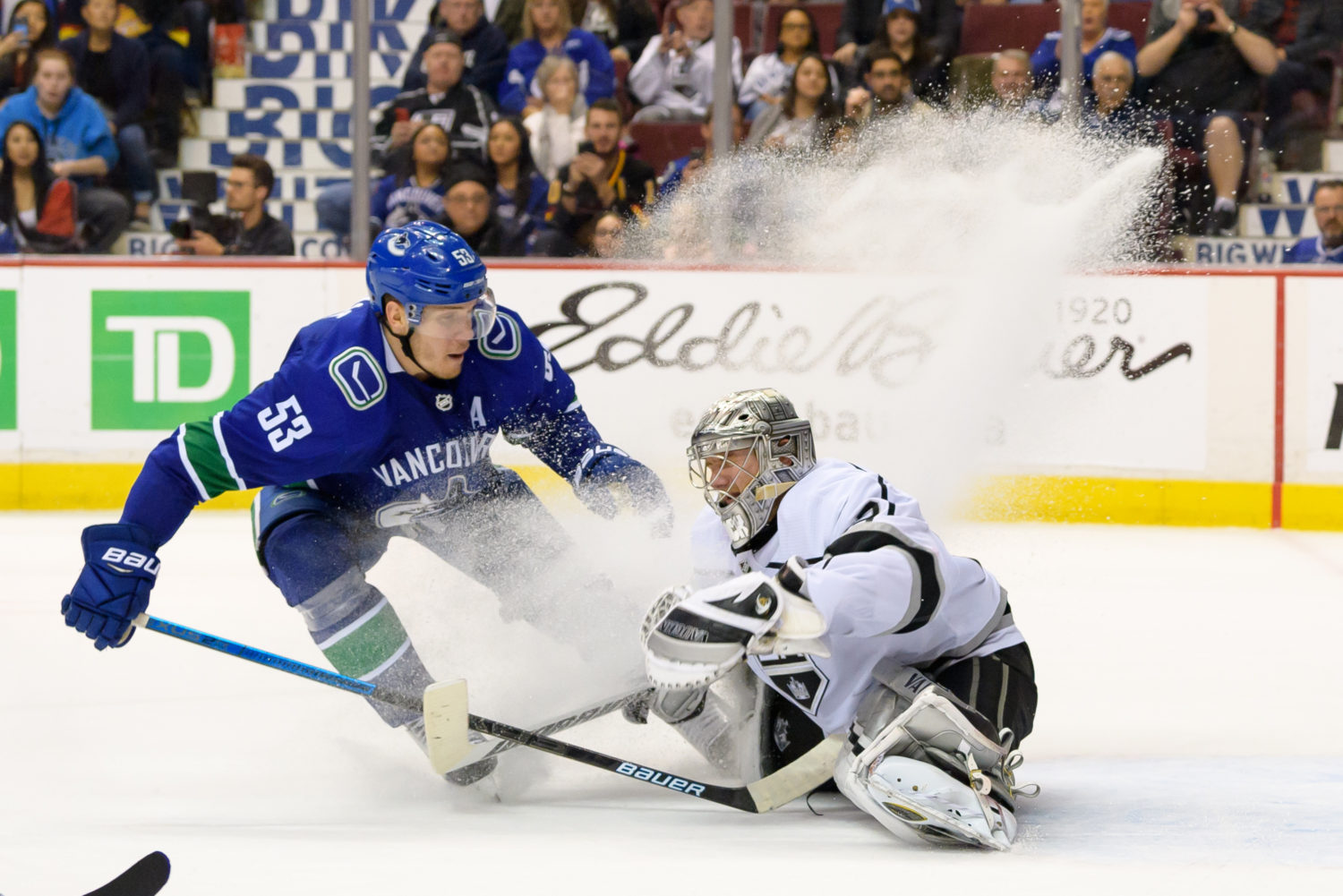 But the night still belonged to Brown, a figure among those as responsible as Dean Lombardi and all others for changing the culture within an organization whose greatest success overlapped with his tenure as captain and team leader. Wayne Gretzky was the greatest player to wear the jersey and the most responsible for spreading the gospel of the game throughout the region and other warmer-weather markets. But Brown is the true face of the LA Kings, the forever honest and accountable blue-collar leader of one of Los Angeles’ most blue-collar teams, and though Thursday’s game didn’t have the same storybook ending as his 1,000th game, when he scored his fourth goal of the night in overtime, he played 25 of 65 up-tempo minutes with his same trademark intensity and was properly honored in well executed, multi-layered storytelling by those inside and outside the organization. Inside the dressing room, he had an opportunity to privately address the team, and it was fitting that when he took the ice, he did so with Alec Martinez, Drew Doughty, Jeff Carter, Kopitar and Quick, all two-time Cup winners, intricately connected members of the leadership core and friends. That quiet resolve and steeliness with which the team played during its greatest and most composed minutes shares its DNA with Brown. 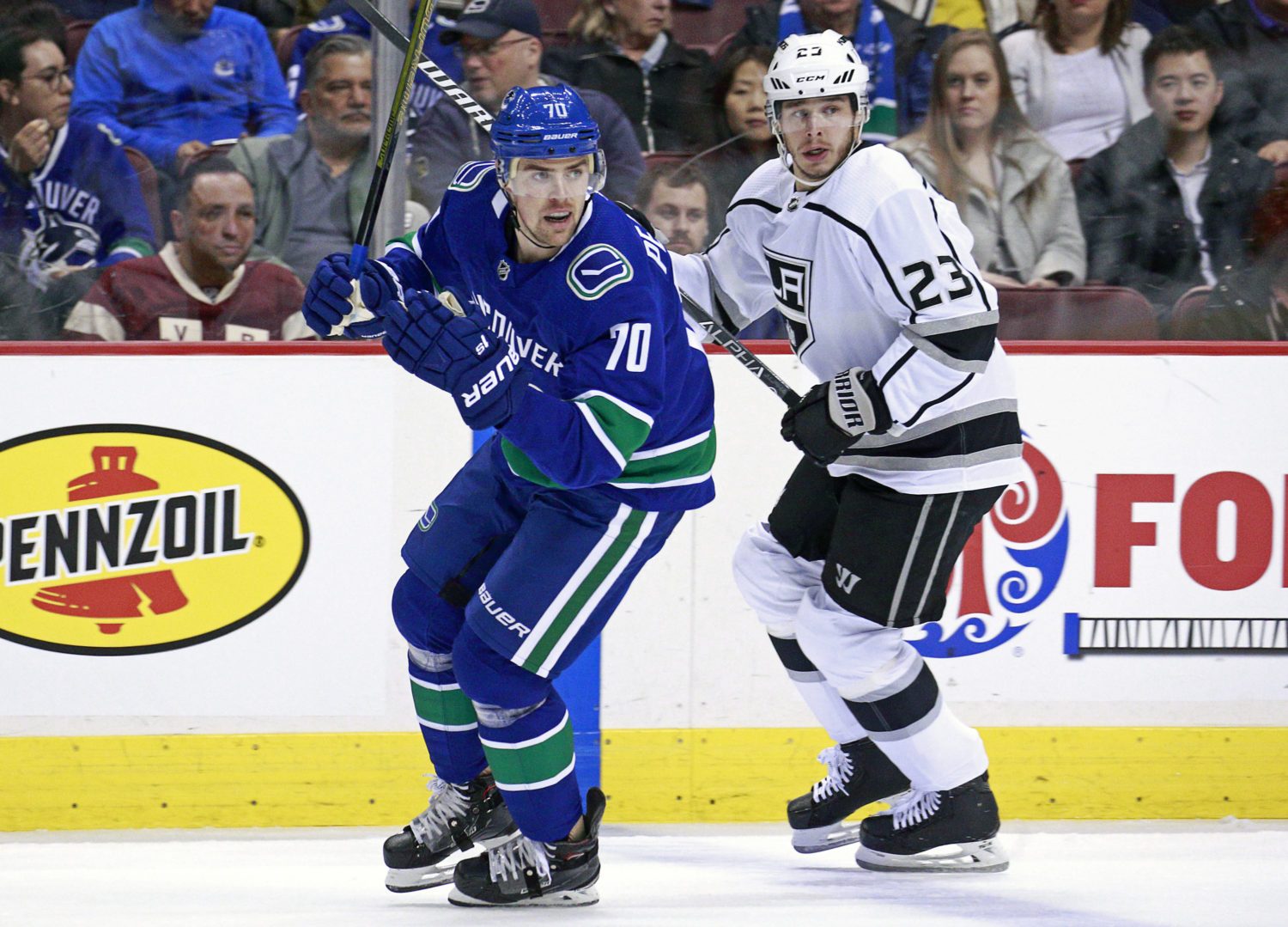