Waking up with the Kings: March 26 - LA Kings Insider

Waking up with the Kings: March 26

I’m debating whether or not I should apply to the LA Kings the famous Lou Brown quote in Major League after Willie Mays Hayes uses a basket catch to snare a fly ball before returning to the dugout, where his flashiness is admonished by the cantankerous Indians manager. “Nice win, Kings. Don’t ever do it again,” would be the line – minus the profanity that makes the exchange one the absolute best moments of the greatest sports comedy ever made. But, well, yeah. Los Angeles has won three in a row, giving themselves a six-point cushion above Ottawa, which means that instead of a 49.4% chance at a top-three pick and an 18.5% chance at selecting first overall, their top-three probabilities range from 38.8% to 28.8% (if finishing between second and fourth) and first-overall probabilities from 13.5 to 9.5%, via Tankathon. That seems like a negligible difference, but it is a difference. The outcome of Game #81 in 2007-08 – a win over San Jose amidst the neck-and-neck jockeying with Tampa Bay during another draft with Steven Stamkos and Drew Doughty projected to go in the top-two – had a major influence on the trajectory of the organization. And with six of the seven remaining games taking place within the division, against whom they’re now 12-9-2 after a 3-0 whitewashing of first place Calgary on Monday, there are still a number of points left to be had. 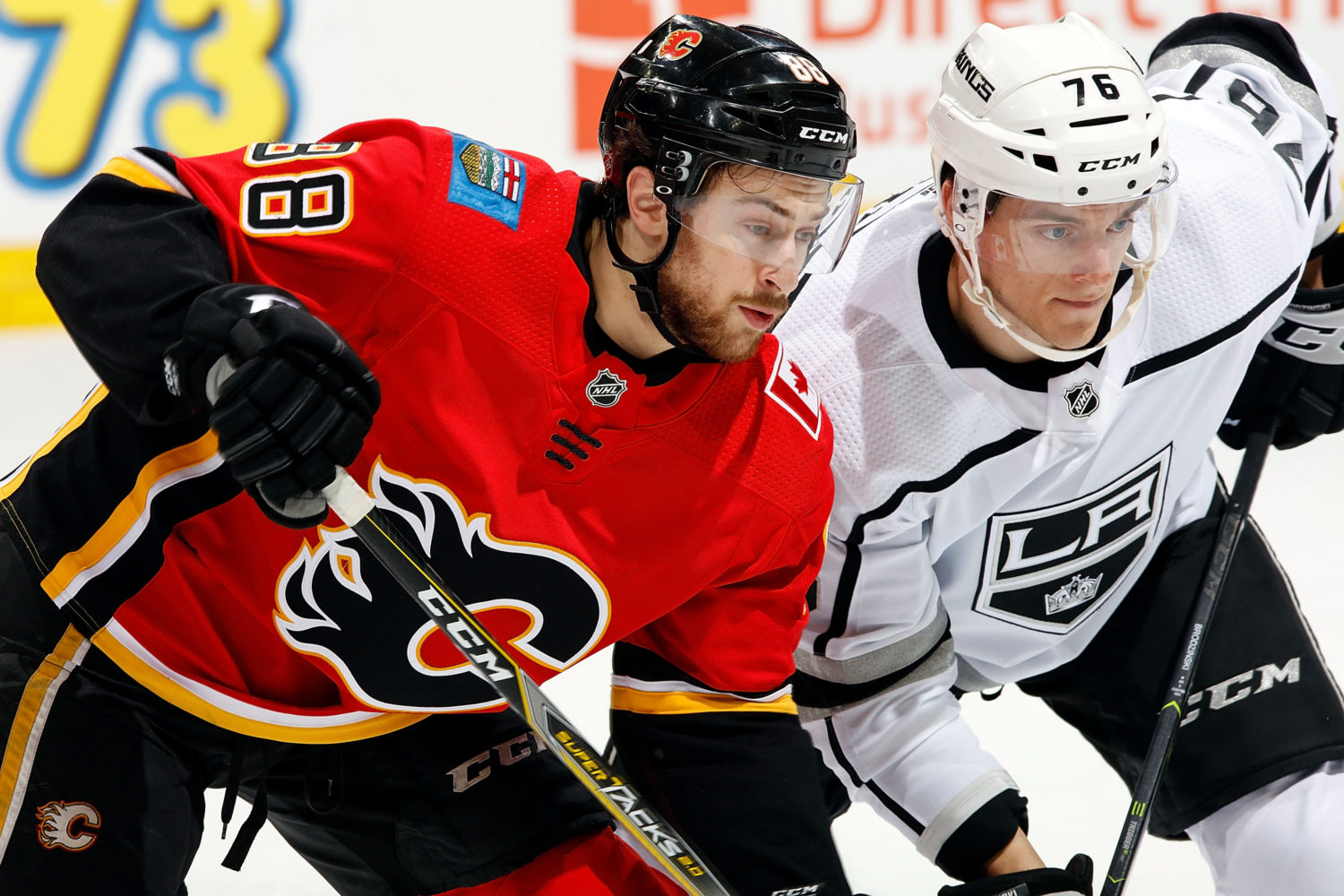 So! Monday was an unexpectedly busy day. Ilya Kovalchuk was left back in Los Angeles, a decision explained by the team as made to get him extra practice time during a stretch in which he wasn’t going to get game reps. And then Doughty made some headlines, breathing life again into his feud with Matthew Tkachuk prior to the two remaining games between the teams, with some critical comments of Brent Burns that spilled into pixels and print, as well. And the Kings went with the 11-forward, seven-defensemen combination, a rotation that has been working for them. They’ve won their last four 11/7 games and are 5-2-1 with Kurtis MacDermid in the lineup, even if correlation doesn’t imply causation. MacDermid, by the way, used an excellent poke check (and maybe the deterrent of his physical stature) to free a puck from Devin Shore, setting up Jeff Carter’s second period go-ahead goal in the home win over Anaheim on Saturday, and though benefiting from some cushier zone starts has posted possession rates in the black and completely acceptable shot, scoring chance and goal rates during the very limited sample size in which he’s averaged just over eight and a half minutes over eight games. It’s preferred to have a player of Kovalchuk’s caliber in the lineup over a seventh defenseman, but MacDermid has given the coaching staff little reason to take him out. Privately, several players after the game were fine with Doughty’s comments on Tkachuk, saying that it did raise their competitive juices entering the game knowing there’d be more emotional battles within the battle. Even if it may have helped the Kings to some extent on Monday, it’s also a positive endorsement of Tkachuk as a player, who plays his role so effectively and with 76 points in 76 games is among the group of five Flames who have at least 70 points. No team since the 2000-01 Penguins has featured five players who reached the 70-point barrier. 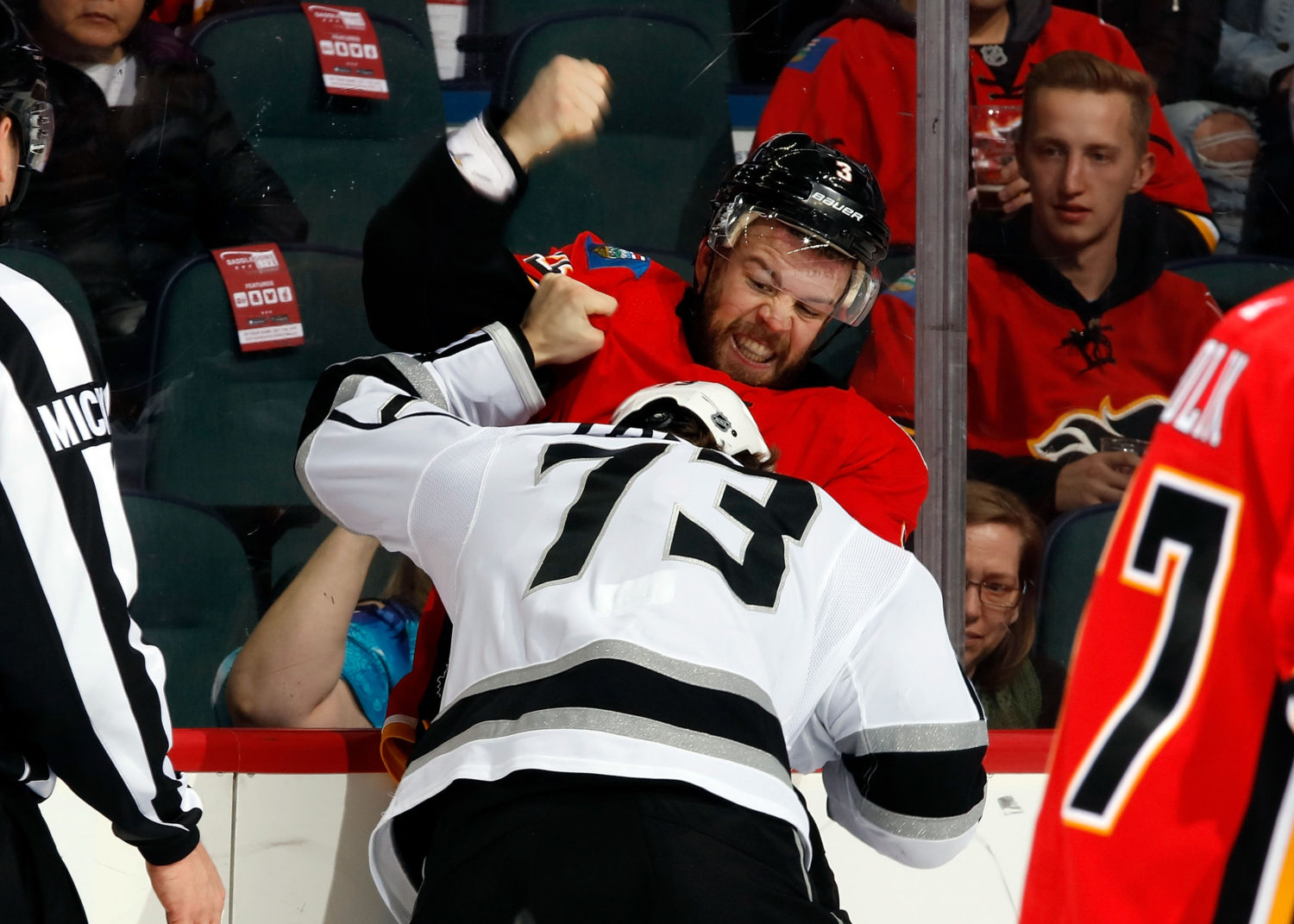 And then there was Jack Campbell. Looking back at the game, I don’t recall any surplus of second or third opportunities because of how many pucks he swallowed up without allowing rebounds. Even when there was a pristine opportunity on the doorstep, there was Anze Kopitar, snuffing out Tkachuk’s second period put-back attempt and taking what appeared to be a sure goal off the scoreboard. Los Angeles didn’t play – how should I put this – a “very good hockey game.” Shot attempts at five-on-five were 63-25, Calgary, the second-widest possession gulf of the season, and L.A. yielded four power plays. While you never want to constantly defend, the Kings did defend well on Monday, and all seven members of the defense stepped up with strong performances. Don’t look now, but – wait, actually, yes, LOOK – Campbell, who ranks fourth in the league with a .927 save percentage, has a .924 career rate and will be paid the league minimum next year. There are many issues facing this team, but one thing that really can’t be questioned is the acquisition of Campbell in 2016, his development with Dusty Imoo and Bill Ranford, and the decision last year to extend him for two seasons. It’s a great story of perseverance and commitment, and it will be interesting to see how he fares next season when there’s additional slack in his leash. 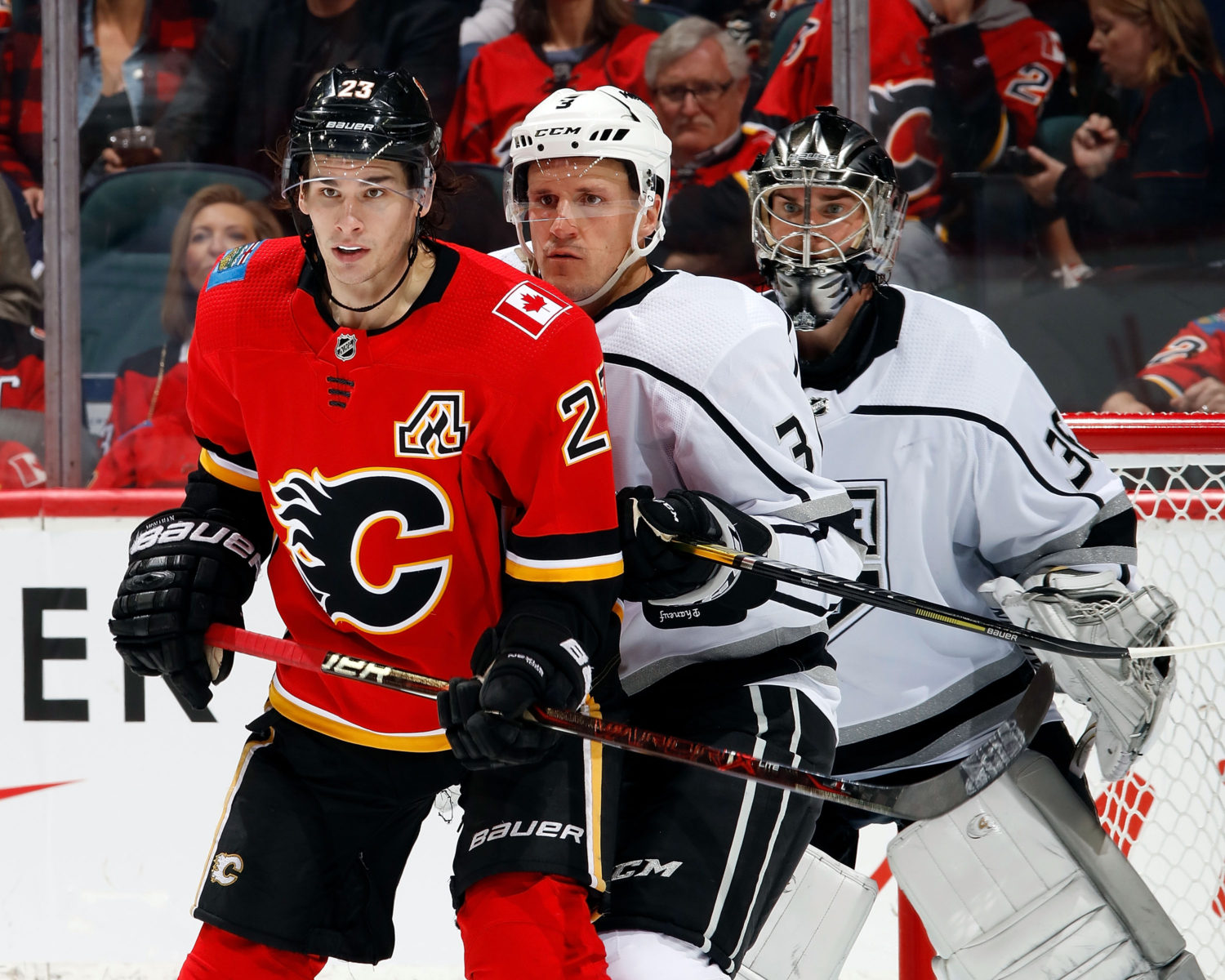