One last Western Canada trip to rule them all. Other than the truncated 2012-13 season – it has been a while since we said “truncated” or “abbreviated” to describe 2012-13, as we did so many times that year – the Kings have played at least two games in Western Canada in the final three weeks of the season each year since 2010-11. Remember that 2014-15 trip through Vancouver, Edmonton and Calgary over Games 79-81? The shootout loss/regulation loss/regulation loss trip? Anyone? OK, I’ll let myself out. But it does seem as though we seem to vacation in Alberta the first week of spring each year, which allows for much more placid and comfortable surroundings than we’re used to in, say, December. (It snowed yesterday afternoon.)

It was an easy and relatively quick flight north yesterday, just as we like ’em. After descending over the Rocky Mountains, our final approach into YYC broke through the fog and finally touched down just before 3:30 p.m. Mountain Time.

That’s it for now, Insiders. Lots more to come on a busy day to start off the penultimate week of the season. The campaign ends with an eight-in-13, so there’s still some opportunity for storylines to develop and players to add some punctuation to what hasn’t been an easy season. Thank you as always for reading. Let’s talk soon, Insiders. 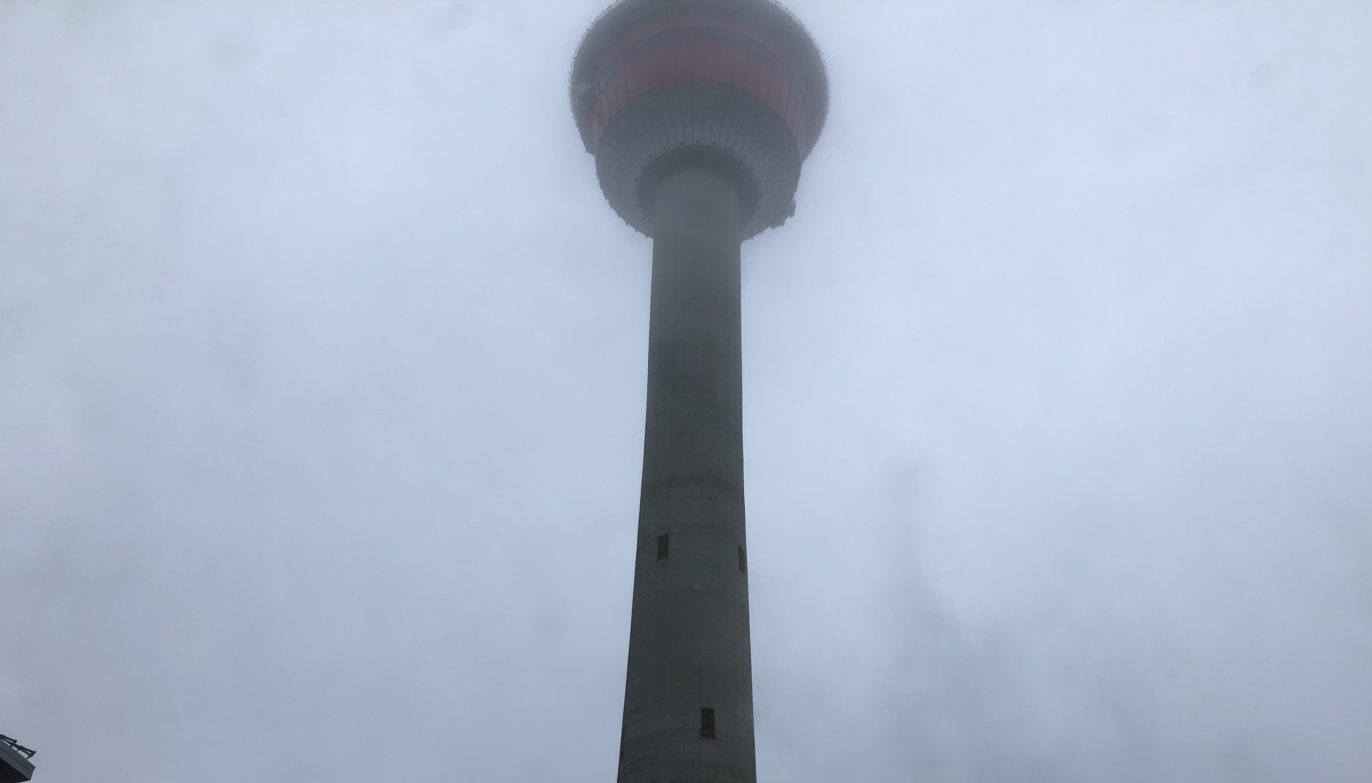