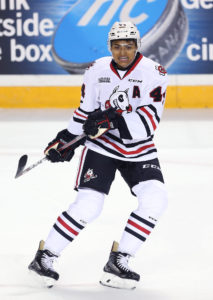 The LA Kings signed forward Akil Thomas to a three-year, entry-level contract last weekend, extending the betrothal between the playmaking center and a team whose returns for a player claimed in the second round appear to be trending well.

Projected as a late-first round, early-second round draft pick, Thomas, ranked 15th in NHL Central Scouting’s final 2018 rankings, was selected 51st overall by Los Angeles last July. His play this season has backed up the rosier projections. As a fast, skilled center on the OHL’s highest scoring team, Thomas, who turned 19 on January 2, tied for sixth in the league with 102 points, 39 of which came on the power play.

And while Thomas has been known for his ability to sling the puck around the offensive zone, he also turned heads with a 38-goal season that might not forecast the type of player that he will be in the professional game but surely established him as one of the OHL’s most exciting young players and a player to focus on during upcoming Hockey Canada world junior camps.

Thomas isn’t a great threat to earn a spot on the Kings in advance of his 19-year-old season, so he’ll head back to the Ontario Hockey League and will continue to develop his professional habits and build his strength. But he’ll be a candidate who’ll fight to raise his standing among the pecking order of center prospects including Gabriel Vilardi and Rasmus Kupari, two players who like Thomas are equipped to play both down the middle of the ice and at wing.

For more on the story of his 2018-19 season and how he looks on the precipice of Niagara’s playoff run – the Ice Dogs open their J. Robertson Ross Cup campaign tonight at home against North Bay – I spoke with LA Kings Director of Amateur Scouting Mark Yannetti.

Mark Yannetti, on how Akil Thomas was challenged this year, and how he responded:
He was challenged to adopt more of a pro mentality – and he’s taken steps. He needs to take his off-ice training more seriously, he needs to be more consistent both in his off-ice training and on the ice. I find that they’re both linked. The more of a pro mentality that you have, the more consistent you usually are. They’re very linked. It’s not uncommon, either. It’s not something we haven’t dealt with with 20 guys. He’s 17-year-old kid. There’s very few Kyle Cliffords who have a pro mentality when they’re 15. It took Drew a couple years. Once Drew developed his [regimen], jeez, he became the best player in the world. That was his biggest challenge. He needs to be more consistent and more competitive during the season, and I think he’s responded well to it. Again, it hasn’t been perfect, but since you can see by his year, it’s been very good.

Yannetti, on Thomas’ role in Niagara’s strong offense, and his chemistry with Dallas’ Jason Robertson:
He’s the facilitator, he’s a playmaker. It was nice to see him get as many goals as he got this year – that was certainly good. I wouldn’t say ‘surprising,’ but maybe unexpected. But on the power play, he’s a set-up guy. He makes a lot of cross-ice passes, a lot of seam passes to get you opportunities. When he played with [2019 draft prospect Philip] Tomasino, he helped [Tomasino] out quite a bit. He’s the one who distributes the puck. For the most part he’s the one who makes those plays for offense, the set-up type plays. That’s been the majority of his role, but he’s certainly rounded out his goal scoring game and I’d still like to see him go another step, but he’s taken a little bit more of an individual role in terms of not passing up his shot as much as he did in the past.

Yannetti, on whether Thomas projects as a center in the pro game, and his play without the puck:
Yeah, I think he profiles as a center. It’s nice that he can play both. He certainly has all the attributes to become a successful wing as well as a center, and the more positions you can play, the better off you are. He needs to play a little bit better away from the puck, he needs to be a little more diligent. He’s definitely got to be stronger. He’s not close as strong enough to be a center in the NHL right now, not even close. But again, the greatest fallacy in the world is people who go back to junior hockey to work on their deficiencies, especially if they’re defensive. It’s just a flat-out lie. Junior teams don’t want these guys coming back playing a Selke game. They want these guys coming back putting a hundred points on the board. All the way back to Brayden Schenn. Brayden Schenn never worked on his defense until he got to the pros. You’d like to see him improve his defense, and he’s improved it a little, but until he gets to the pro side, that’ll always be a secondary thing. His responsibility is to put points on the board and to help the team win by scoring, and that’s their style as well, which is nice because you don’t often get to work on those areas of your game in that kind of an up-tempo and offensive [environment]. With the way the guys are playing the game today, it’s really good. It’s good that he’s in that kind of situation and that kind of environment.

Yannetti, on how Thomas fares in puck battles, and finding players who can both skate and compete:
I don’t know if you can win in the NHL without winning puck battles. I know what the impetus is. I know what everyone says – ‘what you need to win,’ ‘you need to do this,’ ‘everybody’s speed oriented,’ ‘everybody’s this-oriented.’ Quite frankly, you need the puck, and you need to win battles and you need to win a lot more battles than the other team. You need to get the puck back when you don’t have it, so I would say any player we draft, it’s of tantamount importance that he can win puck battles. Akil’s stick is outstanding. He’s got an elite stick – not just offensively. Guys that have an elite offensive stick usually have an elite defensive stick. The question is whether they employ it that way or not. It’s very hard to have a one-way stick, you know what I mean? Think about it. And again, it’s not impossible, but if you have a good stick one way, offensively, there’s no reason you don’t have a good stick defensively. It’s mindset or willingness to compete or ability to compete. In Akil’s case, at the junior level, he’s very good at it. He gets sticks onto pucks, he’s quick, he’s able to do that very well. His strength at the junior level is good, but at the next level it needs to be a lot better. Obviously, strength will come into play more during some of those stick battles than it has to this point in his career. 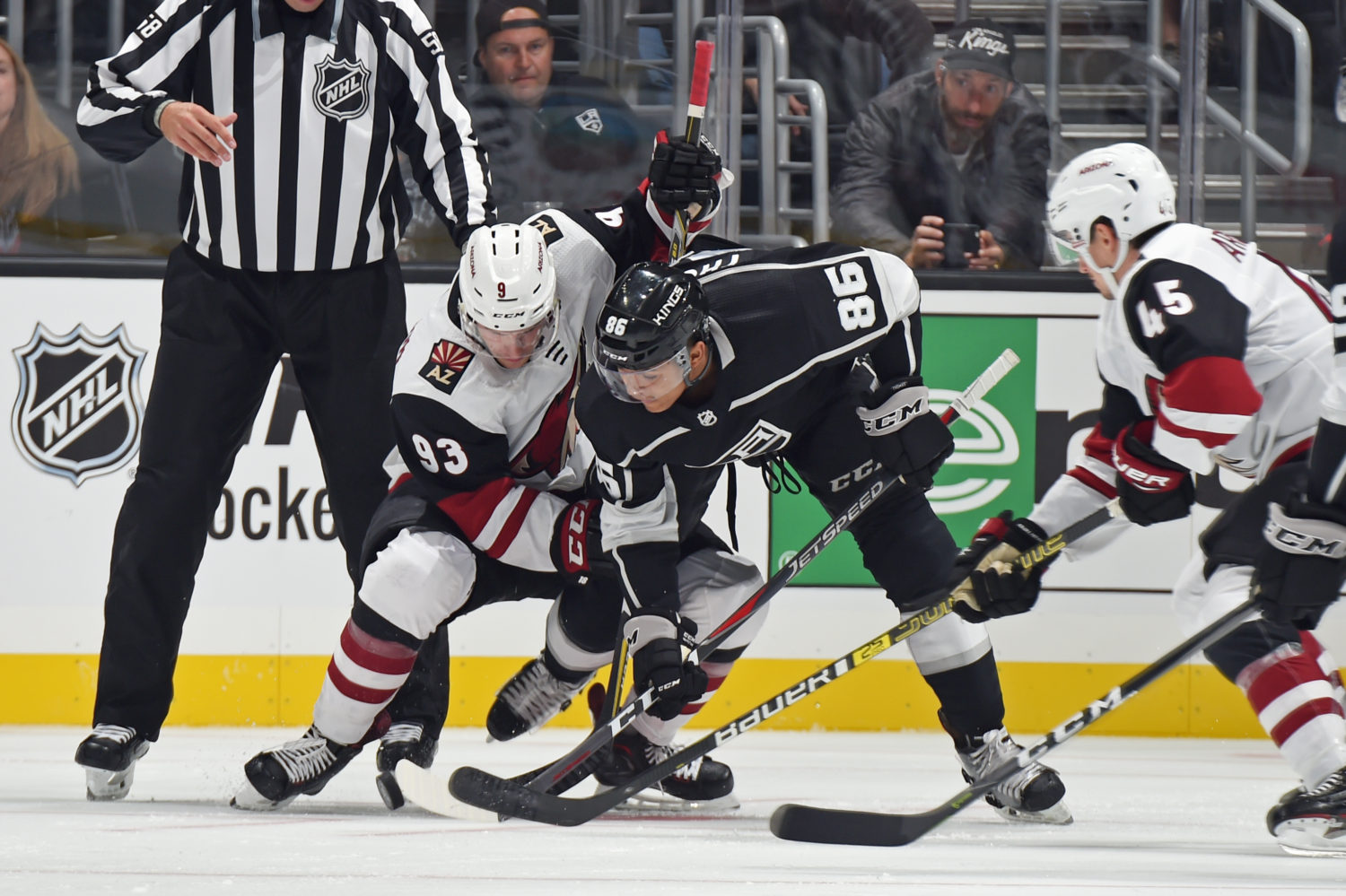