Waking up with the Kings: March 19 - LA Kings Insider

Waking up with the Kings: March 19

I hate to be the one that breaks it to you, but the 2018-19 LA Kings have been mathematically eliminated from the playoffs. Let it be recorded that at the 16:50 mark of the second period, Tyler Myers issued the death blow in a fitting illustration of the season at large. A second power play unit’s effective zone entry set up a stationary passing contest between Ilya Kovalchuk, Alec Martinez and Adrian Kempe. Kovalchuk was the only member of the unit that was changing his angle of attack and moving his feet as Winnipeg gave both Kempe and Martinez some cushion With time dwindling, Martinez didn’t have much choice but to put the puck towards the net, which he did, generating a decent second opportunity that pinballed to an open Myers with Los Angeles’ personnel pressed down low, behind the puck. Myers, a standout skater with quick, skillful hands for a 6-foot-8 defenseman, used Patrik Laine’s exit from the box as leverage, time and space to stride end-to-end on the two-on-one before beating Jack Campbell with a quick flick of the wrist. There is no faulting the Kings’ purpose, investment or heart on Monday night. They won a good share of battles, they leaned on a fast and heavy Jets team, and they deserved better from a first period that ended in a one-goal deficit. But with the state of the team, personnel and (lack of) stakes, if this team doesn’t get every line rolling and play invested, mistake-free hockey for the much greater part of 60 minutes, they’re just not going to beat teams like Winnipeg. 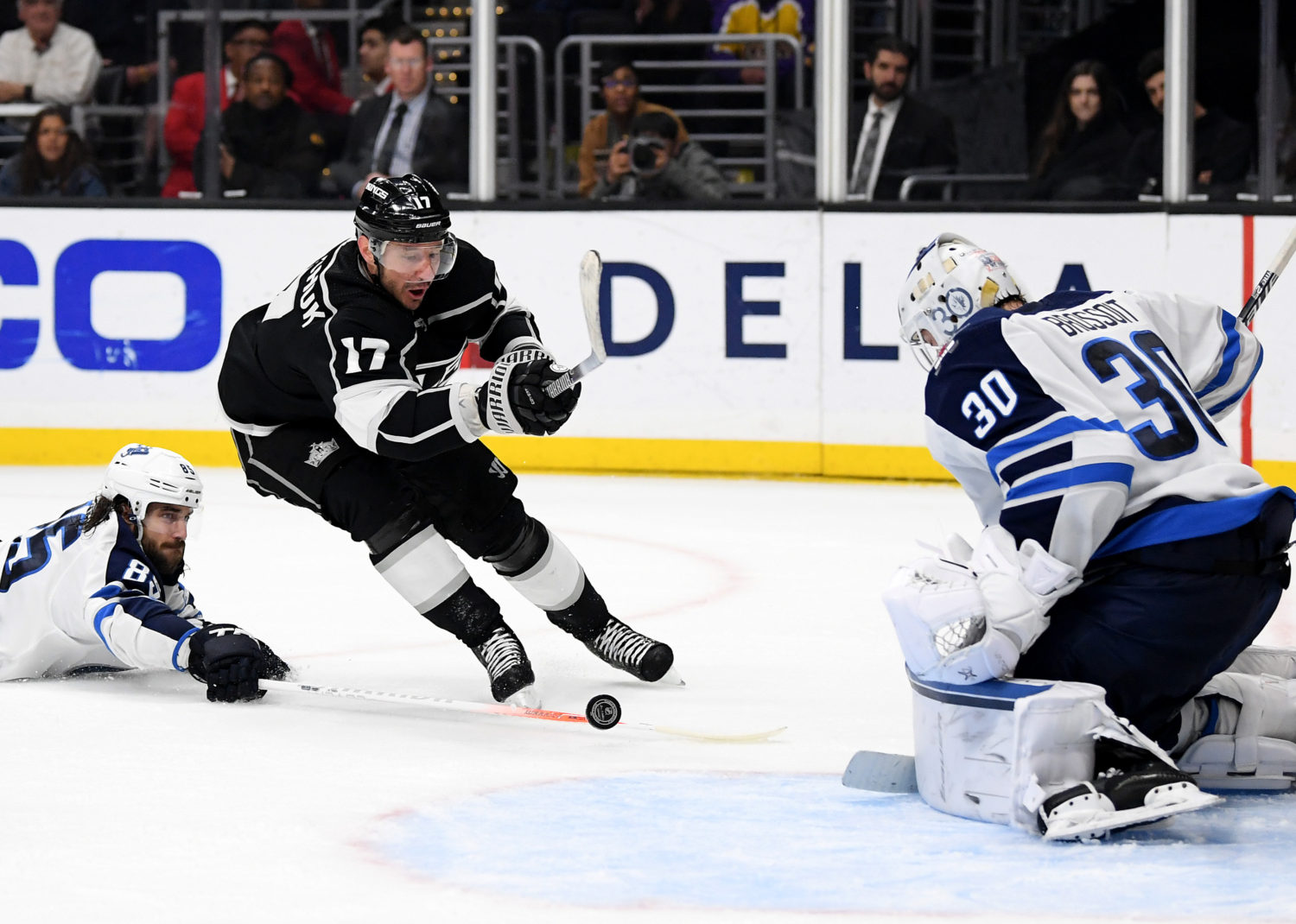 Woe was that third period. Los Angeles’ structure came a bit undone, which kept them from pressuring the Jets off the puck and generating longer forays into the offensive zone. There were also a few missed nets on B-type opportunities. But the Kings also struggle to score even when they’re playing tight, connected hockey, and like the game-winner described above, the final 20 minutes did again seem to serve as another late-season hallmark of the shortcomings at large. Winnipeg deserves their due here. Dustin Byfuglien has played five games in 2019. Josh Morrissey had averaged 22 and a half minutes in a breakthrough season after steadily escalating play, but is another top-four defenseman injured. And yet the Jets can still rely on players like Myers – whom many on the current Kings’ staff were keen on in 2008 – Jacob Trouba and perfectly serviceable and experienced options in Ben Chiarot, Dmitry Kulikov and Nathan Beaulieu as part of a dynamic and deep stable, particularly when healthy. For those looking to hop onto the coattails of a playoff team, may I present you a Winnipeg squad that plays a pretty similar style to Los Angeles’ top teams earlier this decade and boasts a whopping 10 Americans on the roster – without even counting the Houston born, Calgary-raised Myers. The Jets, if they can rebound from some injury-affected late-season variables, are the favorites to win the Central, where they’d receive a favorable first round match-up against a Western Conference Wild Card and, absent of a match-up with Calgary, would have home ice advantage through the wide-open west. They’re 24-9-4 at Bell MTS Centre. On Monday, they did a good job showing the ability to grind through an ugly win in which they weren’t at their best but were still able to shut the door in a suffocating third period. 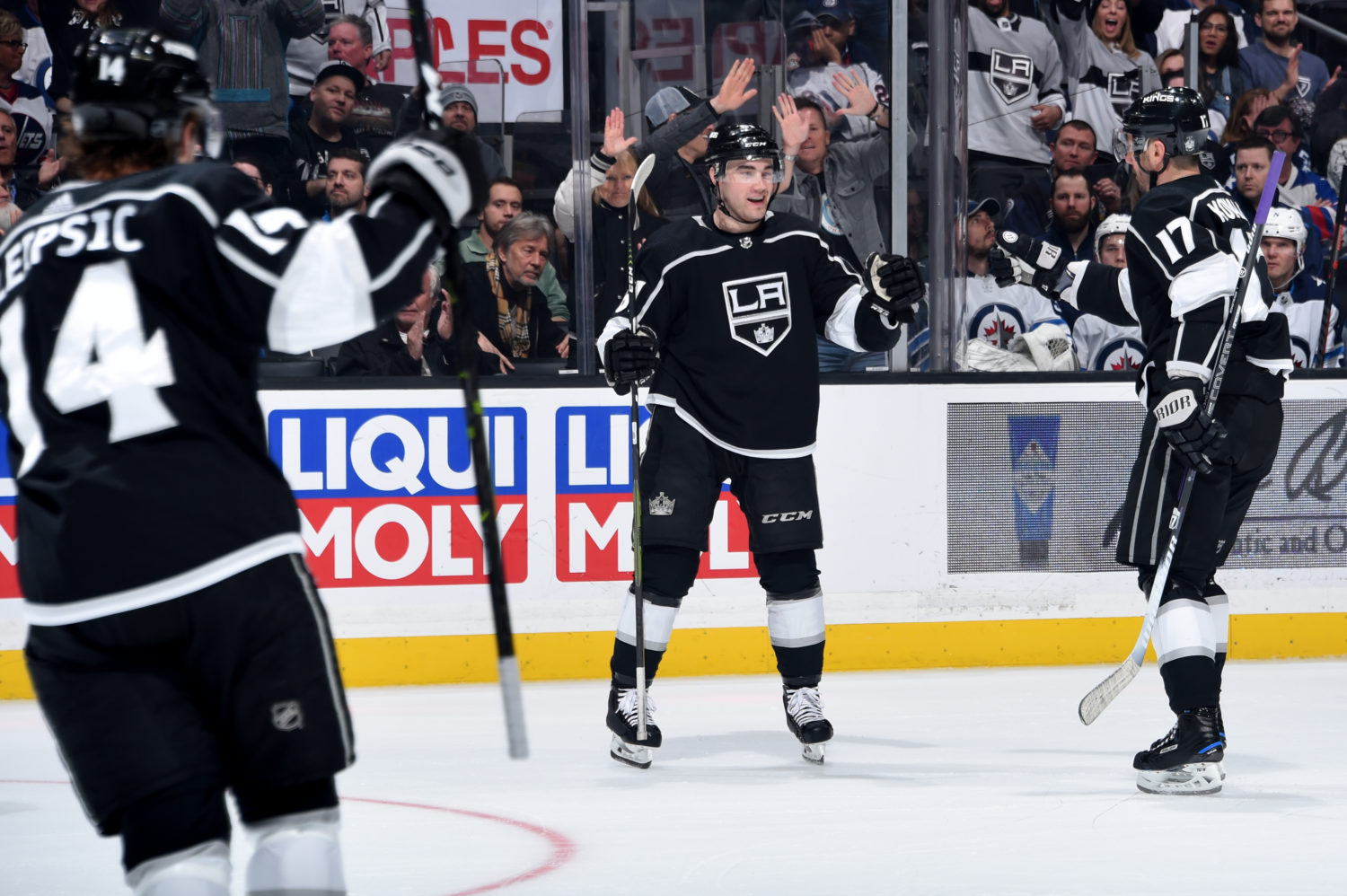 Comparing one Kings team to another from a different era isn’t too easy. In some eras, such as this current one with shootouts and three-on-three overtime, two-point nights are easier to come by, generously skewing recent teams’ wins and points totals. There needs to be some sort of handicap involved, based on how the team fared at the time, compared to the average teams in the league. But there will always be a certain few seasons that stick out as among the worst, and this season is without a doubt one of them. And context is also important, so it’s hard to compare the 1969-70 team, which won 14 of 76 games, to the 2018-19 team. At that point, hockey was in a fight for survival on the West Coast, and not all teams emerged unscathed from this era. (Pour one out for the Golden Seals, bretheren in expanding the hockey frontier.) My parents were still a half-decade away from even meeting in 1970, so I can’t speak on behalf of what the fanbase felt that season, but from a distance, there probably weren’t grand expectations, and I’m not quite sure if the Los Angeles Kings, in their third year of existence, had moved past honeymoon stage and had shed their status as a wintertime novelty. Perhaps some in the comments who attended games that year can share what the environment was like; I’m really curious about this. But in terms of the unfulfilled expectations, the dramatic fall after having generated never-before-seen success, and because of the aging star group on a precipice of easy-to-foresee change, this season does share some similarities with the 1993-94 group, which followed up their Campbell Conference Championship with a 28-win campaign. (That team also finished with 16 ties, so in today’s matrix, that would be good for another eight wins, give-or-take.) But this season surely deserves its own chapter in the archives of a team that has been built and rebuilt again for extended Sisyphean periods that this current management group is making strides to avoid. With a willingness to grow its pool of assets and hold onto prospects and draft picks, they’re at least heading into the unknown on greater footing than the mindset guiding flimsily-built teams of the distant past. 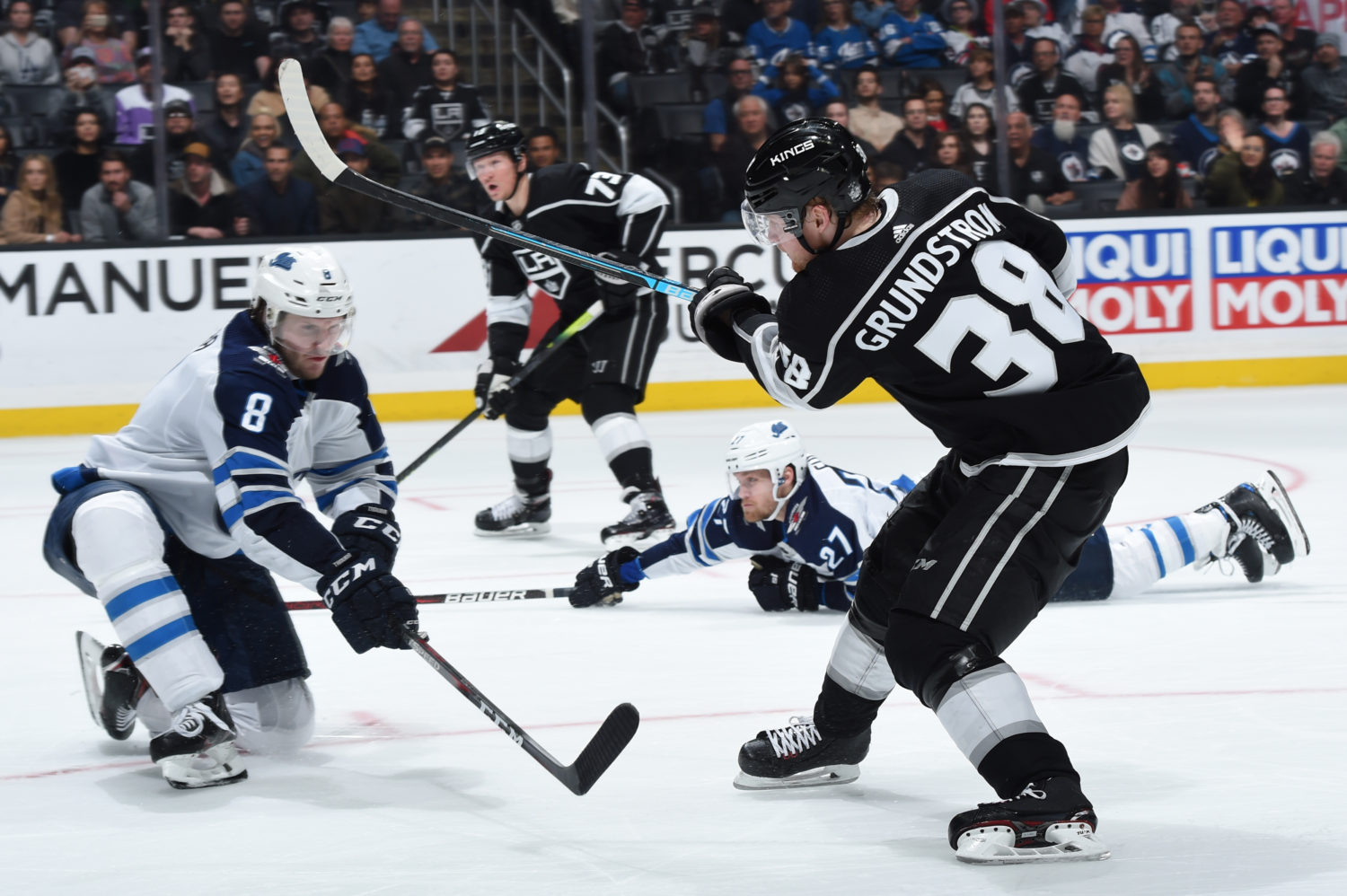