Honors and reflection as Granger works his 2,000th NHL game

“They’re getting home to their families at three in the morning and they’re waking up with their kids and then they’re the first people here,” Kyle Clifford said of the Kings’ equipment staff. “They pretty much run the organization.”

So as we celebrate the career of LA Kings Head Equipment Manager Darren Granger, who will work his 2,000th NHL game this afternoon, let’s acknowledge the demanding in-season regimen, loading and unloading locker rooms in the middle of the night and at the end of road trips, and his ability to handle such a workload with grace and calmness even amidst hockey’s most driven and competitive personalities.

“He’s just the consummate professional,” Assistant Equipment Manager Dana Bryson said. “Everything he does is so organized and so detailed and just so good. He made me feel right away that we just kind of clicked right off the hop. Everything that he does – at the rink, away from the rink – just makes me want to be like him.” 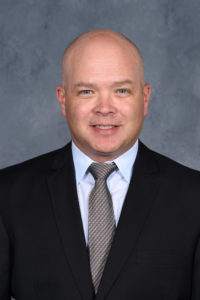 Granger, 47, has been on the front line of hockey history through his first 1,999 games. A gold medalist with the Canadian teams at the 2014 Winter Olympics and the 2016 World Cup of Hockey, he won Stanley Cups in 2012 and 2014, worked three World Championships and two Stadium Series games. 21 years old when he joined the Vancouver Canucks’ equipment staff from the WHL’s Brandon Wheat Kings, his first NHL playoff run came to an end at the Great Western Forum during the meeting between a pair of Smythe Division powers in 1993.

“It’s impressive. He started in 1992,” Bryson said. “I’ve said it before – take a look at our roster. There’s seven kids that weren’t even born when he started and another four or five that were still in diapers. 2,000 games, it sounds like a lot, but when you take it back to 1992, that’s a long time.”

That’s a long time drying equipment out in dressing rooms across town from where the team has bunked on the road on the second night of a back-to-back. But it’s a great life, and hockey has provided so much. On this milestone day, he’s happy to take a moment to appreciate the life he lives and the support and care he receives from all those important to him. This is a milestone day for Granger’s family, as well.

“It’s a good life, for sure. I enjoy the job, I enjoy the people around it. That’s what I love about it, and I love the game,” Granger said. “I think my family, probably my wife and kids deserve an award as much as anybody. They were away a lot and spend a lot of time at work and at the rink, so I think about how much time they’ve put into it, too. I’ve worked with two great organizations – Vancouver and here. Outstanding organizations to work for, good people around them.”

Darren Granger, on what he still finds himself learning 2,000 games into his career:
I work closely with our manufacturers to make sure I’m up to speed on what they’re doing and what they’re coming out with. The nice part is they like my input or our input on what can be made better and what can make the players better at what they do. I think a huge part of our job is staying ahead of the curve and learning new things, and I’ve done a couple things like join – I’m on two committees for the NHL and NHLPA on health and safety and protective equipment subcommittee. I like that. That’s what keeps you ahead of the curve. They’re good things.

Granger, on preparation:
A lot of things will come up during a game. Most are reoccurring. The one fortunate thing about what we do, and especially at this level, is we can be prepared for pretty much everything. I think when I first started in junior, that’s when you really have got to think it through. You’ve got to work on the fly with what you have. You might not have everything you need and you’ve got to be able to figure it out. A player breaks a blade and you’re on the road and you’ve got to be able to fix that and get them back out there or figure out a way to get them back out there. Those are the things I love to do. That’s what really got me, like that’s how I really started – doing repairs and protecting players outside of what they wear, adding things, stuff like that. 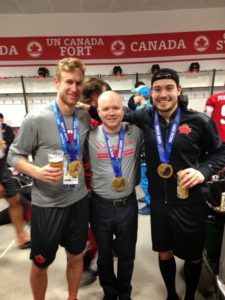 Granger, on the intense focus necessary within a game to identify equipment issues:
Two of us are normally always out there. Sometimes benches will only allow for one guy, but for the most part, two of us are out there. We’re looking for broken sticks, bad skates. I pay close attention to whoever’s playing goal to see if anything’s going on there. We’re just trying to stay ahead of it if somebody needs something. Coaches, depending on the coach, they may need a little more stuff on the bench than other coaches do. But we pay really close attention to the game. I guess it’s that attention to detail and making sure guys have what they need, but having it quickly, too.

Granger, on those in the Vancouver organization who influenced him:
Oh, man. Pat O’Neill, who I was an assistant under, he really taught me what you needed to do for the job to stay in it for a long time. I think when I got to Vancouver, the guy I learned under, Craig Heisinger, he taught me how to get to the NHL, and then Patty taught me how to stay here for a long time. He’s still there. He taught me how to pay attention to the little things, attention to detail, going the extra mile for anybody that would ask – anybody in the organization. Trevor Linden was a good friend, still is. He did a lot for me when I was really young. He was the captain when I went there. I was only 20 years old when I got there, and he was a friend. He was good to me, had me over for dinner, took me under his wing a little bit. I’m still really close with him a little bit, but those early years, I grew up there. My kids were born there, I was married when we lived there. Markus Naslund was really good, too. Loved being around Markus – great guy. But that organization, just like this one, has great people around it, and I’ve always said the reason I love what I do is because of all the people that I meet.

Kyle Clifford, on Darren Granger’s body of work:
1,000, let alone 2,000 is quite an incredible achievement. You look at Grange as a person, I couldn’t be happier for the guy. Since Day 1 since I’ve been here, he’s been outstanding, very welcoming, very approachable, probably the most levelheaded individual in the whole Kings organization. He’s always even keel and always just working for everyone else.

Clifford, on how the players will celebrate Granger’s milestone:
As players, we’re going to do a little something for him. It’s quite an achievement, and I think it has to be recognized, and there’s no better guy to be recognized for 2,000 games.

Clifford, on the equipment staff’s detail and care:
There’s a lot of things that I don’t think people outside the locker room see. Just as a group, whether it’s Dana or Kinger or Grange, the hours that these guys put in, it’s outstanding. … We wouldn’t be able to do what we want to do on the ice without them. They’re making sure our bodies are taken care of, our equipment is taken care of and everything’s ready to go. Grange runs a hell of a ship. Everything’s professional. There’s not a day where he doesn’t come in and do his job at a hundred percent. It’s amazing to have such a good guy behind the bench doing that.

RELATED: How will the equipment staff prepare for the Stadium Series? | Audio: Darren Granger shares his Olympic experience 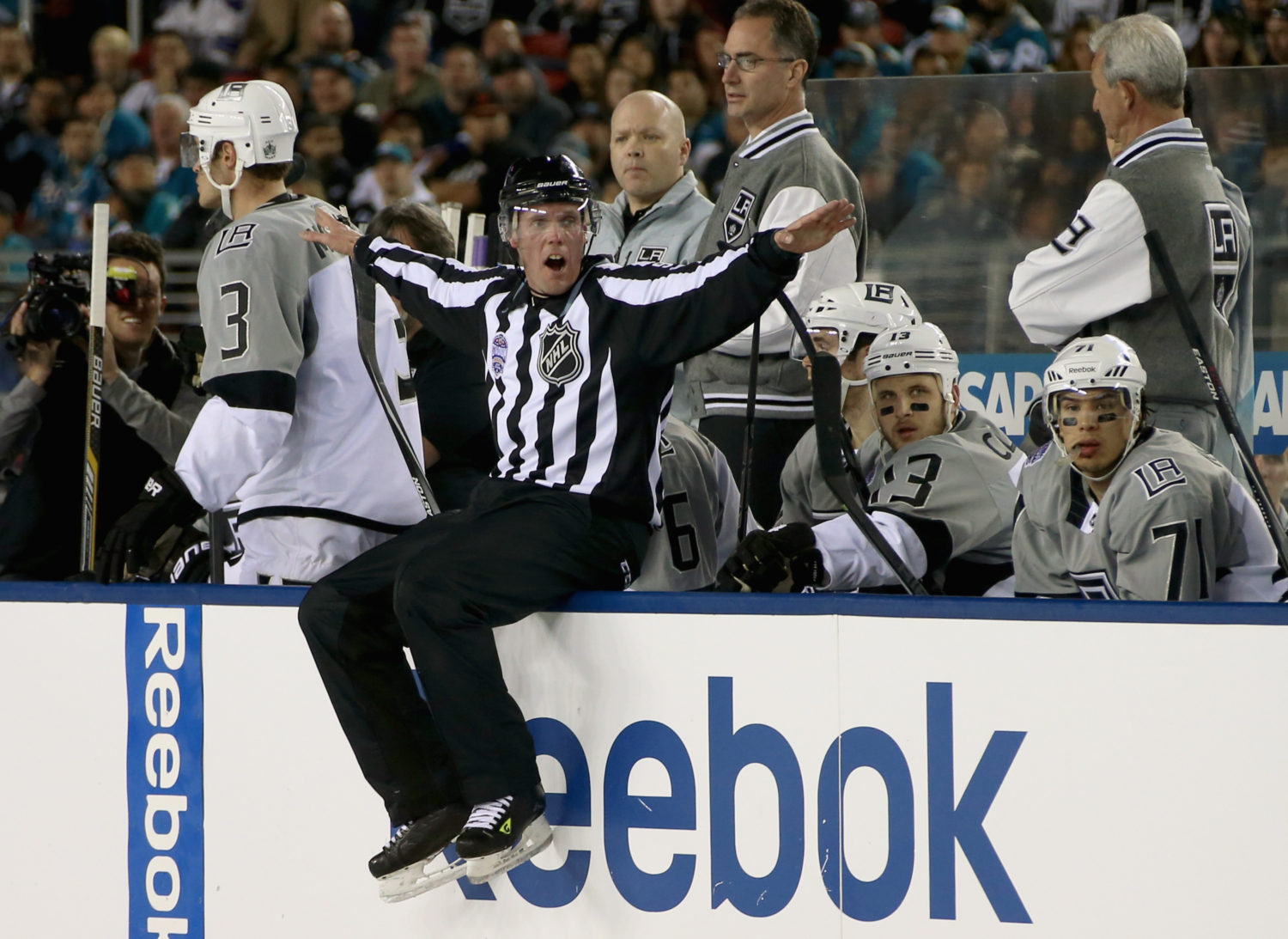