The comeback effort fell just short tonight for Ontario, as the Reign fell 3-2 in overtime against the Colorado Eagles on Wednesday evening, capping off a back-to-back set at Budweiser Events Center.

The Reign trailed 2-0 with less than ten minutes to play, but third-period tallies from forwards Zack Mitchell and Brett Sutter forced overtime, before the Eagles earned the second point via Martin Kaut’s game-winning goal just shy of two minutes into the extra session. Peter Budaj made 32 saves on 35 shots in net for the Reign, including several with a two-goal deficit to pave the way for the comeback. Budaj is now unbeaten in regulation in each of his last five starts (3-0-2).

Colorado controlled the majority of the game’s opening 40 minutes and collected the lone goal of the first period, as forward Dominic Toninato tapped in his 11th of the season to open the scoring. Forward A.J. Greer led a 2-on-1 with the Eagles shorthanded and while his shot was denied by Budaj, the puck trickled through the veteran goaltender and sat in the crease, where Toninato crashed the net and put it home.

The Eagles doubled their lead late in the second frame with a power-play tally from forward Sheldon Dries, his second goal of the season. Dries moved in from the left point and beat Budaj on the glove side from the top of the left-hand circle to push the Colorado advantage to 2-0.

The comeback was on in the third period, however, as Ontario posted a 16-9 shots on goal advantage and played their best period of the two games in Colorado. First, just past the midway point of the third period, forward Sheldon Rempal went end-to-end down the right wing and had his shot deflected by Colorado netminder Pavel Francouz, but the puck sat on the goal line, where Mitchell tapped it home to cut the deficit in half. Defenseman Justin Baudry collected the secondary assist in his first career professional game.

With Budaj pulled for the extra attacker, Ontario went with a six-forward look and got their tying goal through Sutter, who tallied one night after he appeared in his 800th game at the AHL level. Forward Matt Luff wired a shot through from the right point, which Francouz kept out, but Sutter whacked home the rebound from close range for the goal.

After what was a back-and-forth start to overtime, Kaut won the game with a pinpoint shot from the slot, that beat Budaj on the blocker side.

The Reign are next in action on Saturday in Bakersfield, as they cap off the five-game road trip, though they will remain in Colorado through Friday morning due to the wind and snow in Colorado. Ontario currently sits at 2-1-1 through the first four games of the trip.

Mike Stothers on the team’s comeback effort tonight
It just points to the resiliency that they’ve had for the whole season. We never count ourselves out, even when things are looking like an uphill challenge or a battle, some might even say bleak. It’s a two-goal game, you score one and now it’s a one-goal game. We got the goalie out, the guys did their job and tied it up. It’s a shame we lost in overtime but we got a valuable point and we’re going home with five out of a possible eight. We played a real good team and a real good player for them made an unreal shot. It’s okay, we’re getting there.

On the five-forward power play and the six-forward look with the goaltender pulled
You’ve got to go with what you think is going to give you the best opportunity to score. Right now, we’re missing three for sure guys on the power play, and Dermy, he’s not out of the mix either. You miss, Roy, Walker, Claguer and Dermy, there’s three guys that are legitimate power-play guys and Dermy’s filled in for us, it’s a hard thing. I still admire the guys for the effort they put in on the backend, they’re trying like son-of-a-guns, but that’s not their forte, the offensive side of things, so we tried something different and who’s to say we won’t try it again.

On Sheldon Rempal’s play as of late, after a bit of a midseason dry spell
That’s what we’re looking for, contributions on the scoresheet, right? He did go a little dry, but that’s not uncommon and guys that are point producers, they find a way to get on the scoresheet again sooner or later, so good for him.

On Justin Baudry in his professional debut
I liked him. I thought he was good. It’s a tough situation to come in on, we didn’t know anything about him, so that’s hard for the coaching staff as well. He impressed us with the way he skated and moved the puck and I thought he did a real admirable job for us. Not an easy building to play in either and not an easy team to play against with their speed, so he did well.

Baudry on the feeling of making his professional debut
It was really nice. Obviously, all the guys were really supportive, it’s a great group of guys in there. It would have been nice to get that win but it was nice to get the one point.

On having a former college teammate in Kyle Bauman to help ease into the transition
It made a world of difference. He’s a great guy, one of my really close friends, so obviously being pretty nervous coming in, and then knowing a guy like that makes it more comfortable. And the rest of the guys were nice [to me] too.

On what he feels the biggest difference from college to the AHL is
I just think the depth of the guys on both teams. Obviously there’s good players on every single line, guys can make plays, so you’ve got to be aware for sixty minutes.

On how he would describe his own game
I’d say I’m a two-way defenseman. I’m obviously tenacious in the d-zone, and then some offensive flair, but just taking care of the d-zone and trying to help the team.

Brett Sutter on the grit the Reign showed coming back in the third period
I think it was a lot of character by the guys. We stuck with it right to the end, obviously, unfortunate to not get the extra point, but end of a long road trip like you said, in a tough building, it’s a really good team, we stuck with it. I think we’re heading in the right direction here and guys are sticking with it. I never count this team out.

On being a part of the six-forward group and why it worked on the tying goal
I think just desperation, a lot of belief in each other. We’ve done it before, we did it last week. I think everyone just stuck with it and there was a confidence we were going to get the goal.

On the play of his line tonight with Maillet & Scherbak and creating a lot of chances
I thought they both played a great game, like you said we had a lot of chances. Penalties kind of messed up the flow of our line a little bit, not getting to play as much in the first 40 minutes as we would have liked, but that’s just the way the game is sometimes. They made some good plays, they’re good players [with] speed, hunting pucks down and on a different night, I think we have more than one goal there.

On reaching 800 AHL games last night
Lots of memories. lots of good teammates and friends along the way, lots of good cities and organizations. Just thanks to my wife and my kids for supporting me, and allowing me to do this for a living, and obviously my parents for being there for me along the way. Obviously, when you hit a milestone game you think of all your family. I think just another step and hopefully 800 more to go. 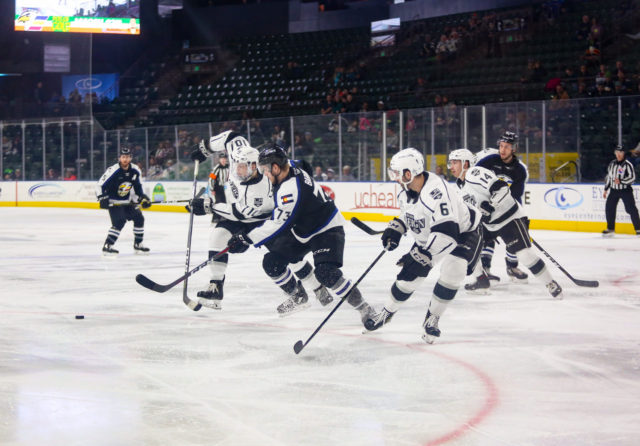 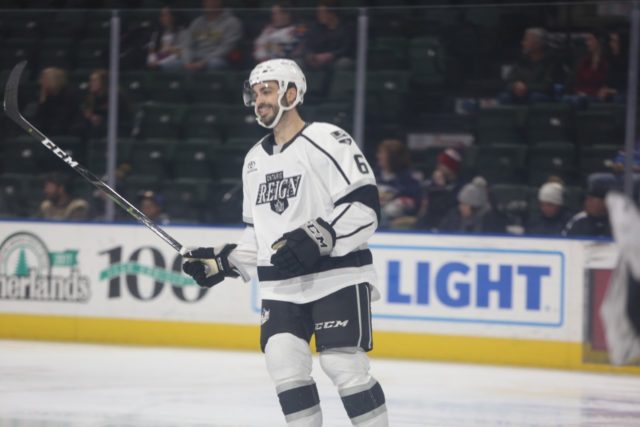 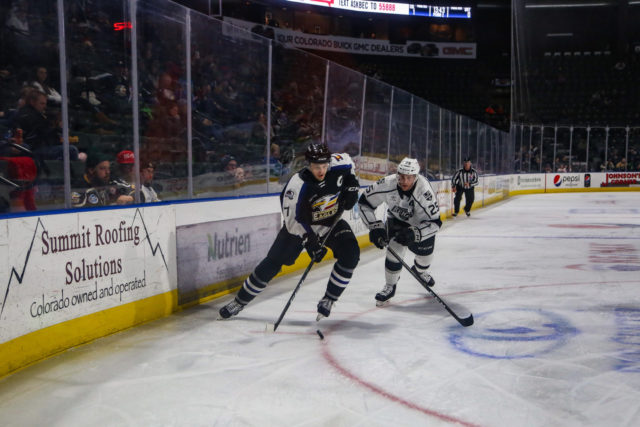