Lineups; where to improve over the final 16? Brown details playing his off-side - LA Kings Insider

Lineups; where to improve over the final 16? Brown details playing his off-side

–The vitals: Today’s morning skate was optional. Drew Doughty and Dion Phaneuf took the option but are expected to play, so expect forward groups of Brown-Kopitar-Toffoli, Leipsic-Carter-Kovalchuk, Iafallo-Kempe-Brodzinski and Clifford-Lewis-Luff. Defensive pairings are likely to be Forbort-Doughty, Martinez-Walker and Phaneuf-Roy. Kurtis MacDermid and Paul LaDue remained on the ice for extra work with Marco Sturm and are the projected scratches tonight. Jonathan Quick was in the starters’ crease and left the ice first, so he’s the projected starter. Quick is 9-12-3 against the Blues over 23 games with a 2.41 goals-against average, a .915 save percentage and three shutouts.

–Their vitals: St. Louis is coming off a 5-4 regulation comeback win at Anaheim in which Robert Thomas scored with 1:04 remaining and Jordan Binnington pulled before Alex Pietrangelo called bank off Adam Henrique’s skate and potted the game-winner 12 seconds later. They’re 18-5-2 in their last 25 games and have leapfrogged from last place in the entire league to the third playoff spot in the Central Division. They’re a robust 18-11-4 away from Enterprise Center but have allowed 13 goals over their last three games. The Blues could go with Jake Allen, who has a history of regicide: he’s 5-3-0 against the Kings over nine games with a 1.82 goals-against average, a .941 save percentage and one shutout. St. Louis is expected to be without David Perron and Carl Gunnarson, both of whom are on injured reserve with upper-body injuries. If they go with the same alignment as yesterday, they’ll run with Schenn-O’Reilly-Tarasenko, Maroon-Bozak-Thomas, Schwartz-Sundqvist-Steen and MacEachern-Barbashev-Blais up front with defensive pairings of Edmundson-Pietrangelo, Bouwmeester-Parayko and Dunn-Del Zotto.

–Any team in the Kings’ position faces challenges during the season’s dog days. Without something tangible to play for and with teammates exchanged for futures, the morale isn’t exactly exploding on an unprecedented scale. There’s also the valid counterpoint that these players are professionals, many of whom are compensated handsomely, and that people are still paying money to watch them perform.

But these players are human, and not only that, they’re professional athletes who’ve won before. Going through a process of rebuilding the team’s identity and culture wasn’t the intent before the season, and even though they understand they’ve put themselves in this position, playing for roles on next year’s team and summoning the day-to-day focus necessary to succeed at this level is something that just hasn’t come consistently. It’s a perfect storm of a lousy circumstances, many of which are within their control.

But what does this team want to work on over its remaining 16 games? What is this non-playoff team venturing to improve through practice during the dog days of a lost season? How does the message evolve? I asked Willie Desjardins and two team leaders what they thought about these topics.

Willie Desjardins: “I think it’s tough. I think coaches kind of have to go the opposite of the grain. When the team’s playing well, I think that’s when you’ve got to be hard on ‘em. When they’re not having as much success, you’ve got to be a little easier. It’s a little different this year. There’s things we have to do, so we’ve got to be harder on our guys right now, even though that’s the toughest time for them. They’re beating themselves up already. But we have to find a way to get better and we have to be accountable. That’s not the way you’d like to do it, but that’s the situation that we have, and we need to find ways to get better.”

Dustin Brown: “Probably the little things. It’s a tough situation. These are meaningful games for our organization and for individuals, but not necessarily for the playoff picture, so our habits in practice need to be really good. That’s the only way we’re going to maintain – it’s important guys develop habits like that. Not for this year, but for years to come. It’s also important from a mindset to remember how this feels having to play these games. It’s not an easy thing, but we put ourselves in this position and it’s important that guys understand that. But I think from a mindset, it’s ‘come to work,’ because like I said, we’ve got to remember how this feels so … we can do everything in our power to make it not happen again.”

Kyle Clifford: “Just pride. We play in the best league in the world and it doesn’t last forever. Just guys playing with pride and bringing out the best version of themselves. We’re all here with our own different skill sets, and if everybody does the best they can, we can have success for the last 16 games here.” 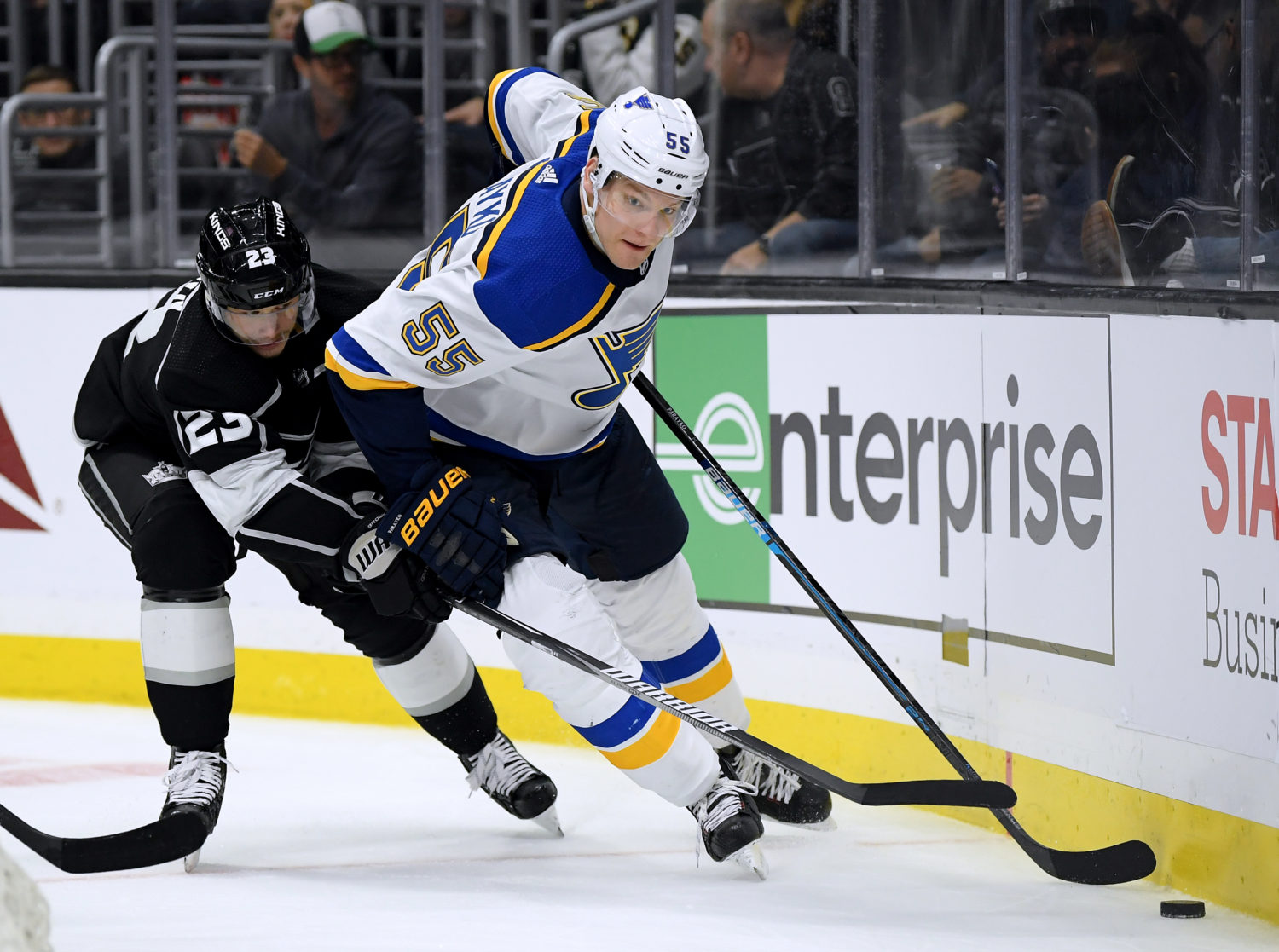 –More on Brown. I’d been planning on asking the question he answered above – essentially, “what do you want to see on and off the ice over the remaining games” – but as often happens with Brown, you get drawn into another interesting discussion. This time, it was how he shifts between the left and right sides in the lineup, and as a winger for several beer league teams, I found his answers fascinating.

Brown’s a low-maintenance player, one who isn’t as picky towards one side of the ice as he is happy to do what’s best for the team. Over the last three years, his most frequent linemates on the opposite wing have been Alex Iafallo, Tanner Pearson and Marian Gaborik, three players who played primarily on the left side with Los Angeles and kept Brown on the right. In the three years before that, Justin Williams was his most frequent linemate, a combination that pushed Brown over to the left.

He’s switched back-and-forth in-season, having done so last week when flipping over to accommodate Tyler Toffoli’s arrival on Anze Kopitar’s line. This affected routes on the ice, muscle memory and patterns shortly after the lateral switch but is easily managed. There is, as he described, pretty a significant difference in his role exiting the defensive zone and entering the offensive zone as a right-handed shooter.

“The plays are definitely harder for me coming out of the zone [as a left wing], but if you get it out of the zone, the plays going into the offensive zone, there are many more options playing your off-side coming in,” he said.

“I have to do certain things different on the left side, especially on the wall. Receiving passes, getting my feet – the type of pressure I’m getting that night, whether the D’s coming down, because your puck’s more exposed. Just the way your body position is – where your stick is to receive a pass getting going is a lot different, whereas if you’re playing your strong side, your feet are kind of always facing the right way because naturally you’re sitting that way. There are times you almost have to be facing the wrong way unfortunately playing your left side. If it’s a strong pressure team, your feet are going to be facing your own net quite a bit, which is more make-a-play and catch-up-to-the-play. If you can get your feet facing [up-ice], like I said, there’s a lot more opportunity coming offensively because the pucks to the middle of the ice are going to go wide and you can cut to the middle on your forehand. It’s a little different, but you do it long enough.”

As Brown noted, plucking the puck off the boards in the defensive zone often means turning to face his own net when playing on his off-side, and the ability to hold onto pucks and win perimeter battles should be a strength of his line.

“When [Tyler’s] on his game, he’s really good on the wall, which when you have two good wingers on the wall, you’re generally going to get the puck to the middle. If there’s one guy you want to get the puck to as much as possible, it’s Kopi,” he said. “… I think [Tyler] holds onto the puck really well. He’s not quick to cycle, he’s pretty patient with the puck, which I think gives Kopi and myself a little bit more time.”

As has been shared once or twice on this page, Toffoli’s most productive season was 2015-16 when he skated opposite Milan Lucic. Brown’s also a power forward, but styles of play have quickly evolved towards favoring speed, pace and quick decision-making. “I think the league’s changed so much that it’s just a different league right now,” Desjardins said.

Even if there’s no particularly accurate template for Brown in this role, his intangibles and intuition should fill in any cracks where the muscle memory might need an extra game or two to adapt.

“He’s got a great heart and a great mind,” Desjardins said. “Those two things carry you a long ways.” 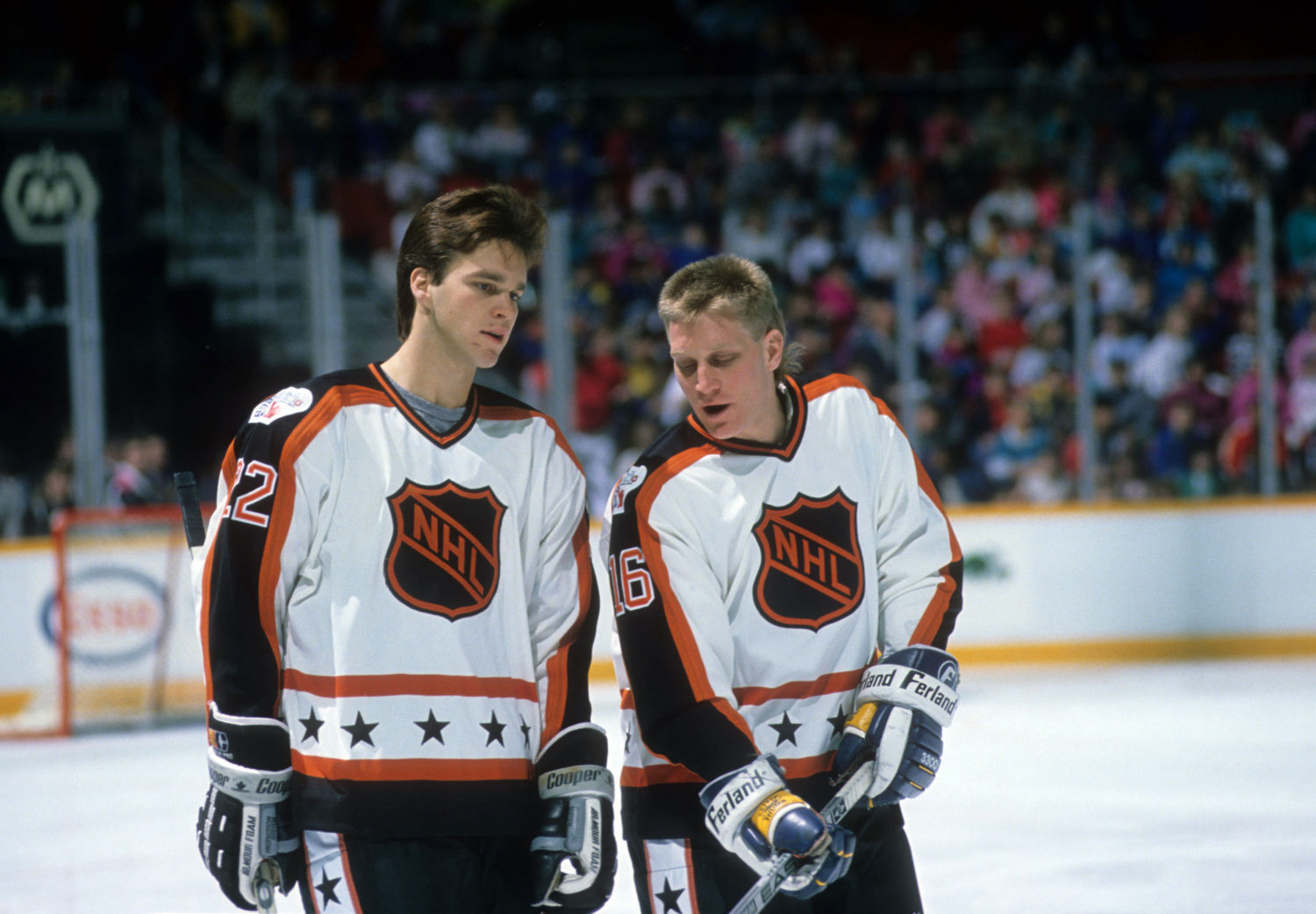