Fantenberg traded to Calgary for a conditional 2020 fourth round pick

The LA Kings have traded defenseman Oscar Fantenberg to the Calgary Flames for a conditional 2020 fourth round draft pick, as first reported by Ryan Leslie of Sportsnet. Should the Flames advance to the Western Conference Final and Fantenberg plays in at least 50% of their playoff games over the first two rounds, the fourth round pick will become a third round pick.

With the trade, Los Angeles now has eight draft picks in the 2020 NHL Draft – their own seven draft picks, plus the third or fourth round pick acquired from Calgary. They would also receive an additional sixth round draft pick in 2020 if Washington wins at least two rounds this spring and Carl Hagelin, traded to the Capitals last week, plays at least 50% of the games in any two rounds combined.

Kings are done for the day, per text from Rob Blake.

Fantenberg, signed to a one-year contract out of KHL-Sochi in the 2017 off-season, is a high-character, highly versatile defenseman who adapted well to both the speed and limited space in the NHL. Serving as an important figure who stepped in with quality minutes in the wake of injuries and Drew Doughty’s suspension in last spring’s playoff series with Vegas, he earned a one-year extension for the $650,000 league minimum. Because of his versatility – both in his ability to play on both the left and right sides and his diverse multi-situational ability as a strong skater and puck-mover willing to insert himself into the grittier aspects of defensive zone play – he was able to step into a wider role in the wake of injuries. He’d earned at least 20 minutes of play in six games this season, including each of the last three, and was a fine top-four option in the wake of Alec Martinez’s recent upper-body injury. In 73 regular-season games over two seasons with the Kings, Fantenberg posted 12 points (4-8=12) and 21 penalty minutes, including two goals, three points and a minus-two rating in 46 games this season.

I’d casually asked Oscar earlier this month as to whether he was aware of any negotiations between his representation and the team, and he said that he wasn’t expecting talks to take place prior to the trade deadline and would probably have to wait until after February 25. The team’s recent play didn’t serve as good leverage in league-wide negotiations, but as had been shared by many of us on the daily beat, the Kings’ heaviest lifting via trades was expected to take place at and around the NHL Draft. General Manager Rob Blake will discuss these circumstances and the team’s deadline approach on a conference call shortly. More to come. 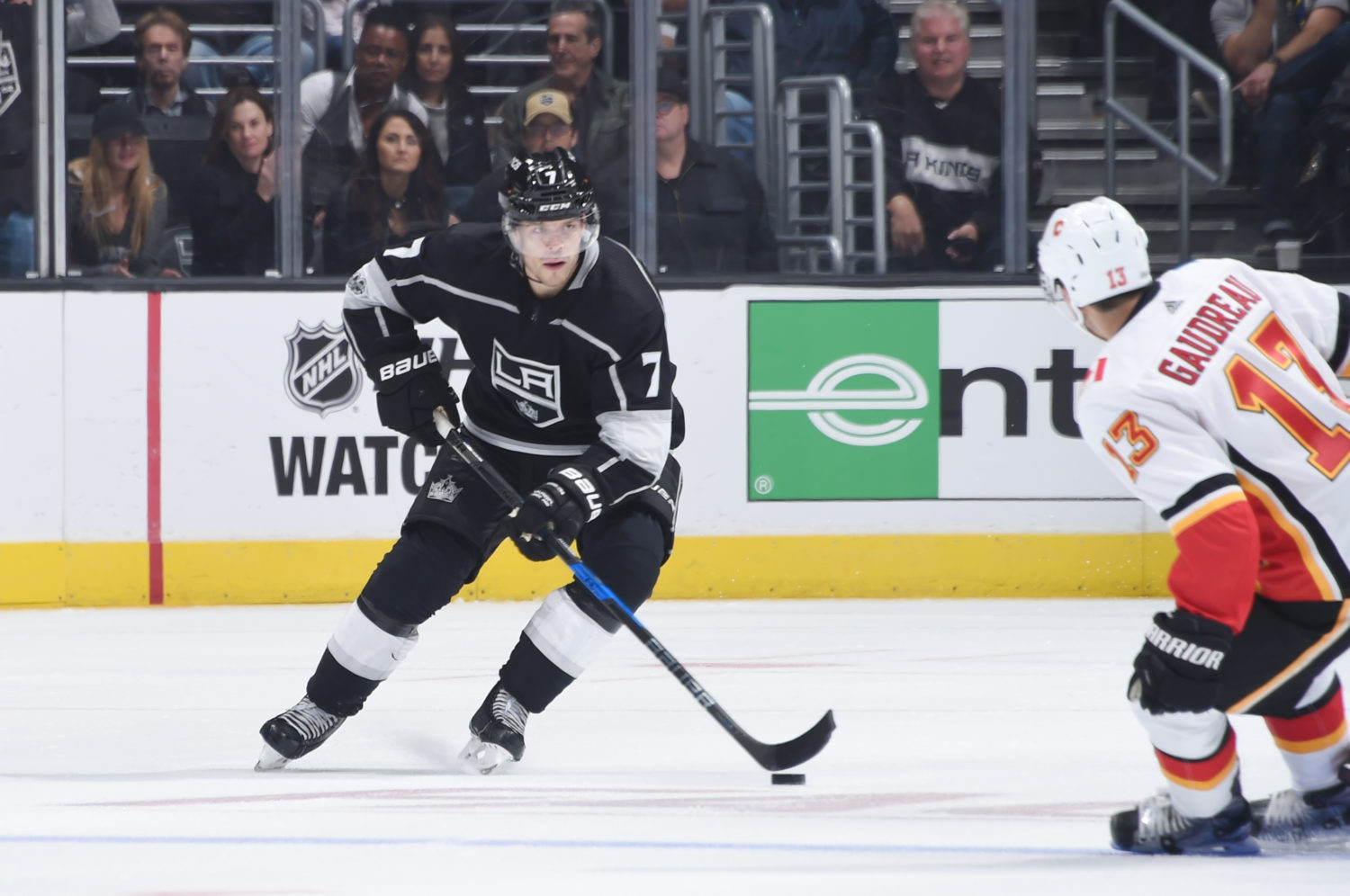