The Ontario Reign got their first shutout of the season as goaltender Peter Budaj stopped all 47 shots he faced in a 2-0 victory over the Colorado Eagles. Forwards Zack Mitchell and Matt Luff each found the back of the net in the victory, as Mitchell extended his point streak to six games.

Neither team was able to break through in the opening 40 minutes, as the Reign used a gritty effort in front of Budaj, combined with a solid effort from Budaj himself between the pipes, to keep the Eagles at bay. Ontario looked compact in its own end and though they defended for a large part of especially the second period, it didn’t feel that they were surrendering a great deal of Grade A chances.

Mitchell broke the 0-0 deadlock early in the third period, as he took a Brett Sutter feed, moved in on Colorado netminder Pavel Francouz and slotted his shot ice level through the five hole for the game-opening goal. Mitchell’s goal is his fourth in his last five games, as the forward picked up a point for the sixth straight game.

As the Eagles threw shots on Budaj’s net, they could not solve the veteran goaltender down the stretch, with the exception of one puck, that was ruled back for goaltender interference.

Colorado pulled its netminder with just under three minutes left, down by a goal, and after the Reign iced the puck several times looking for the empty net, Matt Luff finally added the insurance tally with 1:24 on the clock, his eighth goal of the season.

With the lone assist on Luff’s empty-net goal, forward Matt Moulson collected his 46th point of the season in his 49th game played. Last season, after he joined the Reign midseason, Moulson amassed exactly 46 points from 49 regular-season games. Talk about consistency.

The Reign will get a well deserved day off tomorrow after earning four points from three games, before returning to the ice on Monday in El Segundo. Ontario has its lone 3-in-3 set this coming weekend, all at home. The Reign will begin on Friday against San Jose at 7 PM.

On two fights in today’s game from Boko Imama, the day after mentioning that he’d like to see a few fights in the game
Well, it’s funny, because sometimes I say things and they don’t listen. That time, I mention it and they were like tripping over each other that they had to have a fight. Dermy wanted to fight, Boko wanted to fight, I think even Morrison wanted to fight. You know, we’re not promoting fighting, per say, but it is still a part of the game. The fans love it, we all love it. And when you haven’t won as much as we have not won, if you’re going to go down, at least go down swinging. At least that’s my motto. I know, it’s archaic thinking, everybody’s like “you can’t do that, you can’t do that” well it’s still in the rule book. People say “well you can get hurt.” Well, we tell our players to block shots on the penalty kill, well they can get hurt, they can break their foot.

On if he feels well timed fight can give a team energy in a game
Well, it has to be spontaneous, it has to be something that just happens during the course of a game. This staged stuff is ridiculous, I don’t even like that myself. If two teams are playing hard, you should actually develop a disllike for each other. Sometimes, it has to be settled a certain way. You’ll probably get people that will [disagree], or whatever but those people never played the game. I’ve never seen anybody leave the building because there was [a fight].

On Peter Budaj’s performance and getting the shutout
Not only was it good for him, but it was good for the team. Everybody pulls for Buuds. Our team, despite our record, they love their goalies. Those guys play hard for us every night, so it’s nice to see them get rewarded with a victory. It’s been a long time coming for Buuds, it hasn’t gone quite the way he’s wanted, wins and losses wise, but his attitude has been terrific. He’s a leader in the room, he’s helpful for the younger players, he’s a great mentor for Cal. Buuds is one of those guys that comes in and very seldom has a bad day. He’s just happy to be around his teammates, he’s happy to be playing the game, because he’s been around a long time and he knows you don’t take it for granted. Your career can end in a heartbeat. He’s just enjoying life right now and we’re happy for him.

On the team winning a different way, grinding out a low scoring game, especially on the back end of a 3-in-4 against a team that didn’t play all week
It’s been a wacky season, with callups, injuries and whatnot, not having a set lineup, and the guys have had to deal with that all season long, sometimes it’s been hard on everybody. But they try. They try like son-of-a-guns every friggen night. Sometimes, it goes your way, sometimes it doesn’t. We’re just going to enjoy the fact that we had a little bit of success here the last couple of home games. We’ll enjoy it and then we’ll start getting ready for next week, when we’ve got three games in three days all right here at the CBBA. So the place should be sold out all three nights. 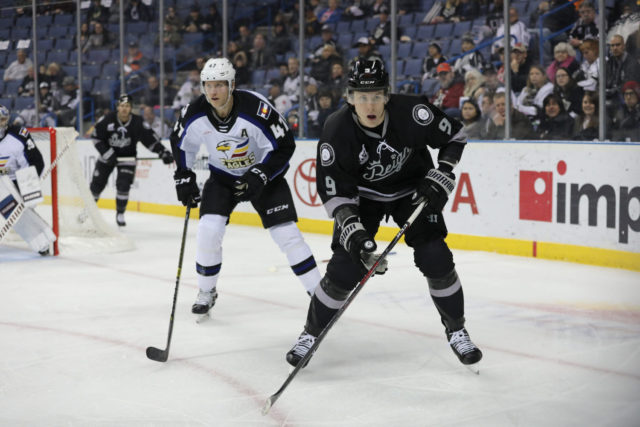 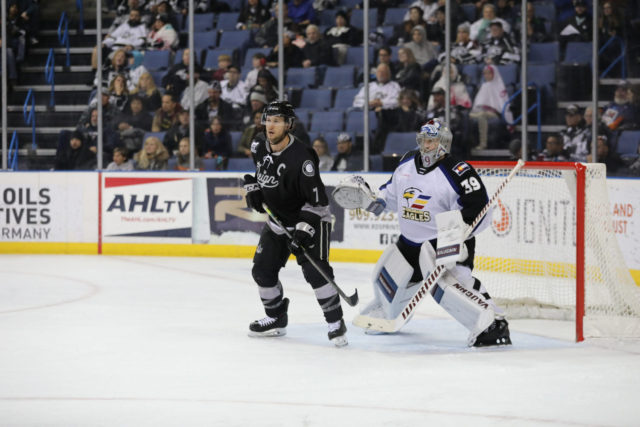 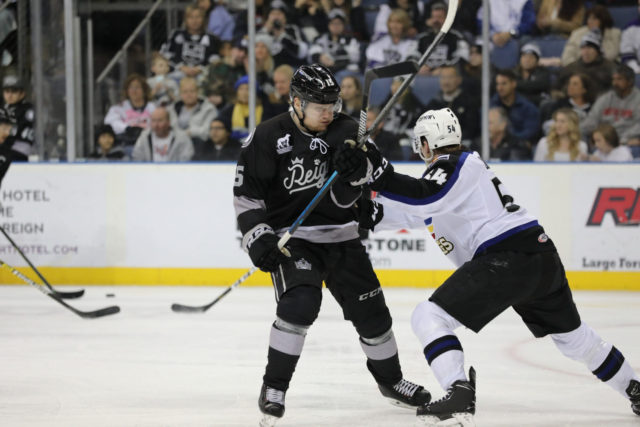