It was a cool and damp night in Nashville on Wednesday with weather not unlike that which blanketed the Southland at the same time. Drizzle fell from an overcast sky with temperatures in the low 50’s, which isn’t uncommon for this time of the year in this part of the country. Other than your one-off games in San Jose or Glendale, this is probably the easiest trip of the entire season to pack for. There are no heavy coats; it might not dip below 70 degrees over the four days we’re in Florida.

We arrived in town late, so there wasn’t any shuffling between Tootsie’s and Legend’s Corner – at least not by anyone staying in this room. If Jim Fox got into a brawl at a hillbilly bar in Murfreesboro, I didn’t hear about it. Some Insider, right?

But because of the late arrival, there’s no landing video. I know this will raise the conspiracy theories that we’re actually playing this game in a sound stage in Burbank, but let me assure you: that is Bridgestone Arena across the street, not an intricately scaled down model of the Predators’ home. You have to trust me on this one. 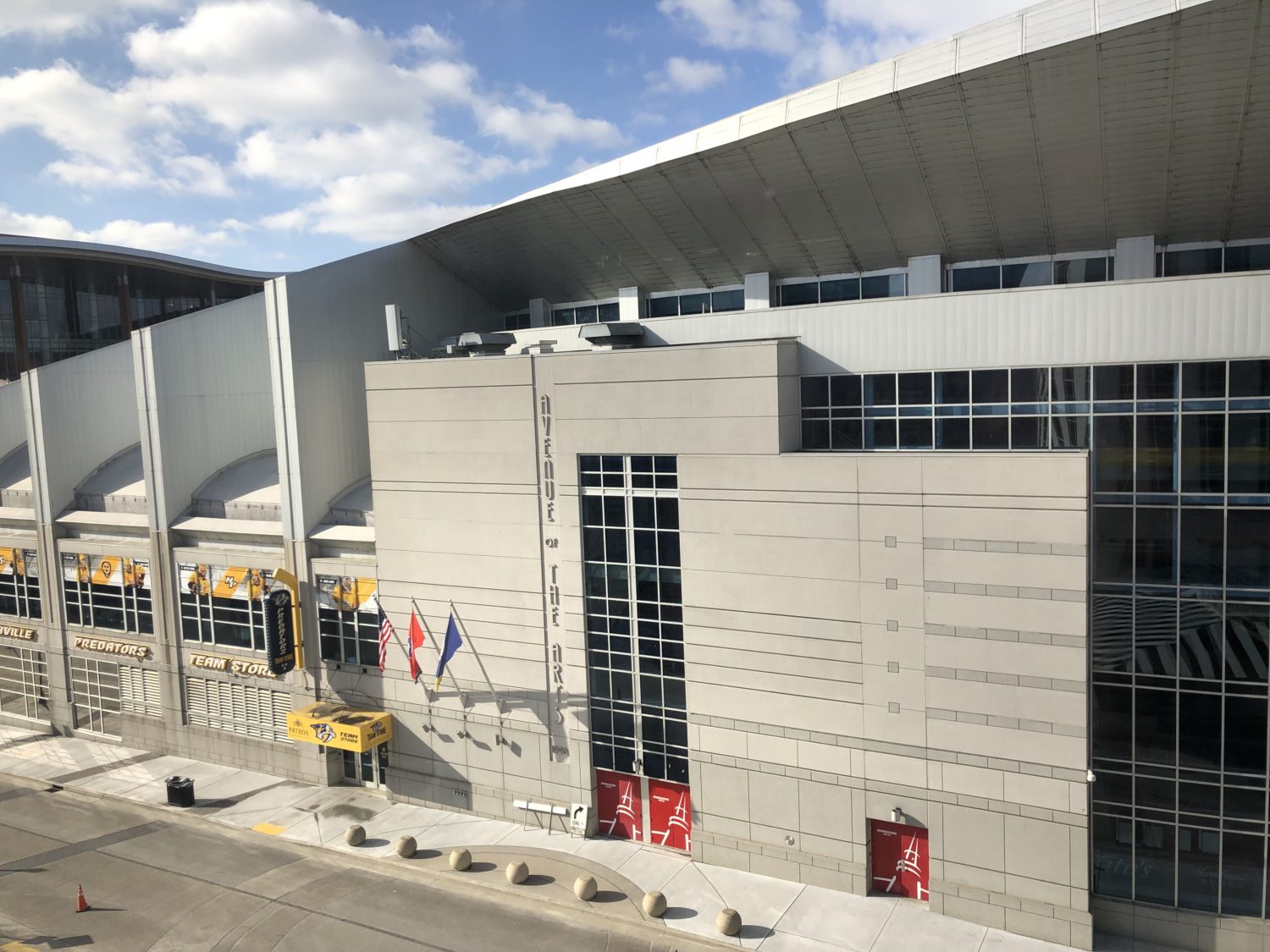