Waking up with the Kings: February 17 - LA Kings Insider

Had the LA Kings lost, 2-1, many would have been ready to accept the outcome without grand objection in the aftermath of an otherwise satisfactory effort that was short on detail and contained lapses with the Boston Bruins’ top players on the ice. A hard-fought, injury-affected loss to a good team would have been the latest underwhelming episode but nothing too emblematic of larger themes or any sort of nadir or seasonal footnote. The game would’ve been easily forgotten. But the final four minutes of a previously tied game resulted in collapse, beginning with a late Kings power play in which the only statistical events were a Patrice Bergeron faceoff win against Anze Kopitar, a Zdeno Chara takeaway, and a Brendan Leipsic giveaway. Two minutes of five-on-four with the game on the line, no shot attempts. Boston struck a decisive win on the ensuing shift as Charlie McAvoy, who like Brad Marchand and Patrice Bergeron seems to be at his best against Los Angeles, capitalized on a deflection off Kopitar, setting up a goal 50 seconds later in which a defense-less Kings team was caught slow-footed and reaching, if we are to be so diplomatic, adding discombobulated punctuation to an incomplete performance. 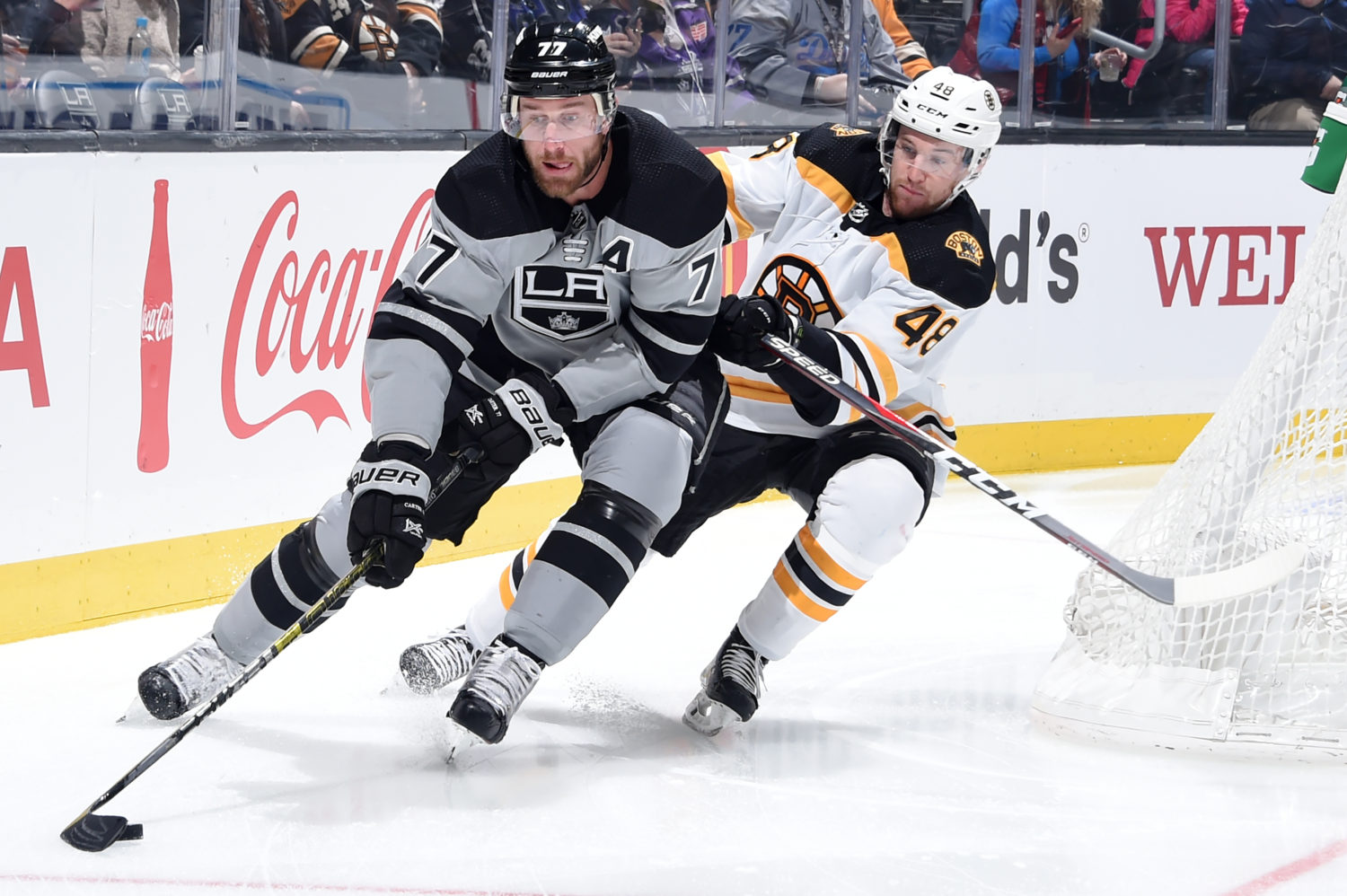 There’s little to add; this season’s story has essentially been written. Apart from what happens at the trade deadline and how younger players establish themselves in advance of 2019-20, the post-game questions, the players in focus and the themes of the season are familiar in defeat. Some details change – last night was actually the first time in seven games in which the Kings failed to score three goals, a scoring spike driven in significant part through production of role players, Tyler Toffoli and Kopitar, who despite his off-night Saturday has been a point-a-game player on the league’s second-lowest scoring team over the last 16 games. The players are embarrassed. They’ve said so both privately and with microphones running. That embarrassment, weighing acutely on the players falling short of their marks, hasn’t channeled into the best body language or juju, save for the life Ilya Kovalchuk injects into the game when he scores. 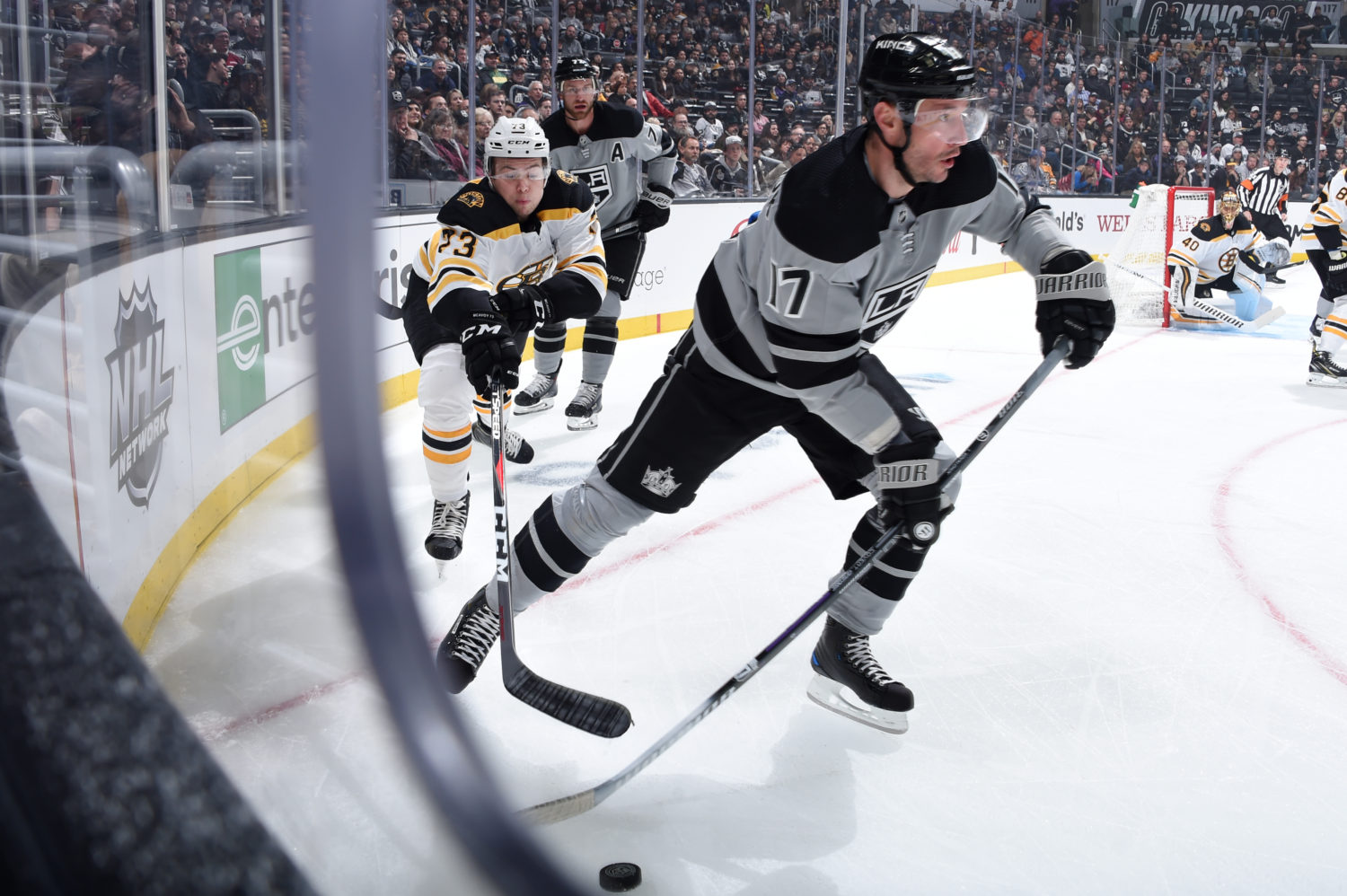 Kings fans unattached to the idea of Jake Muzzin winning a second Stanley Cup (which would be both terrific and somewhat costly) are probably going to be Bruins fans come April. Tampa Bay is too far ahead in the Atlantic Division, Montreal not the caliber of team Toronto or Boston is. There’s a significant swing in where the Kings’ second first round pick could land, so if you’re capable of holding your nose and supporting a Boston team, there’s probably going to be incentive to give them a follow this spring. Those blind to all but draft lottery odds would be content with Saturday’s loss, a zero-point defeat in which the Bruins leapfrogged the Maple Leafs into home ice advantage. It’s not the playoff race the Kings were hoping to be invested in. 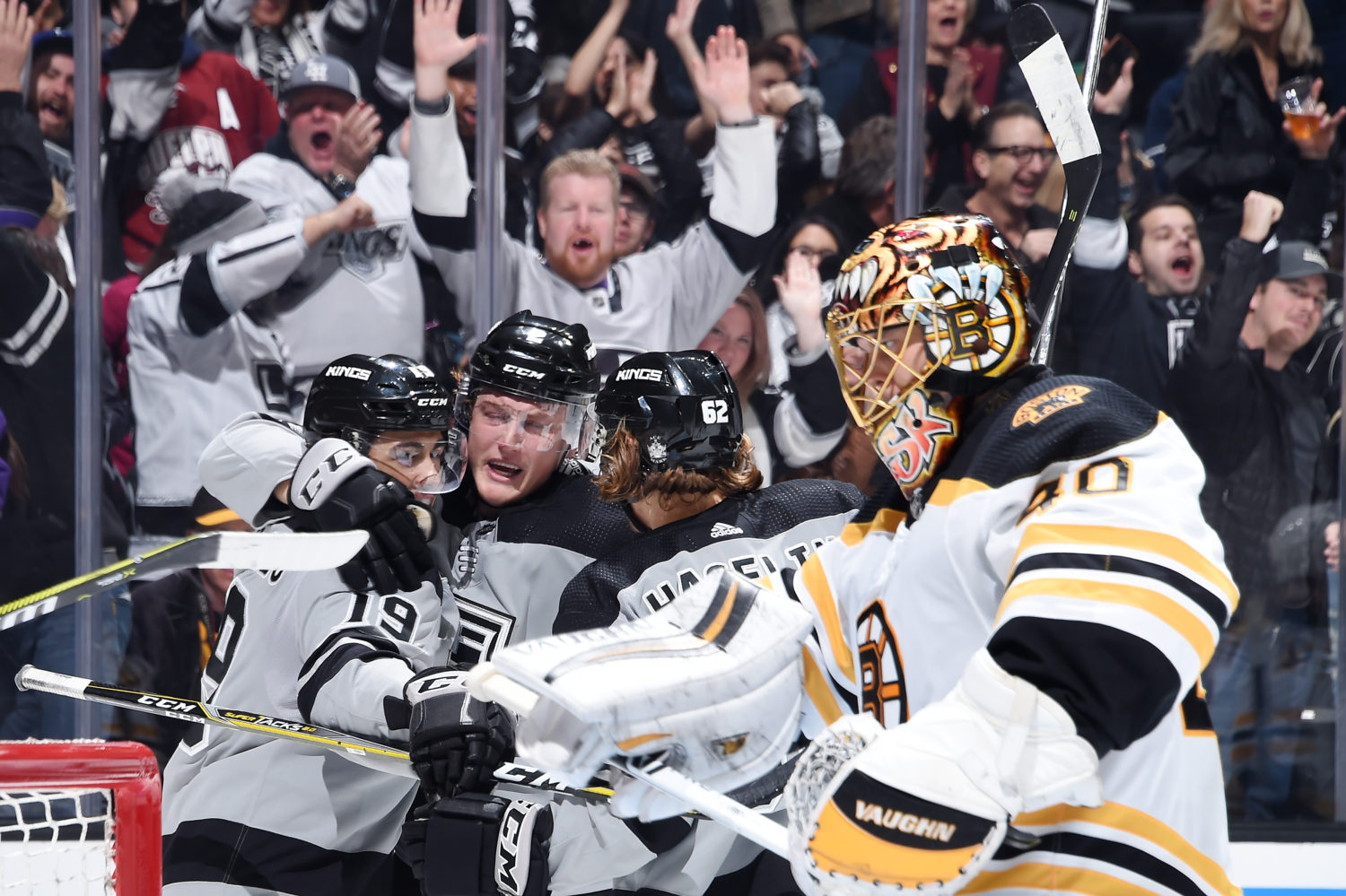