Waking up with the Kings: February 8 - LA Kings Insider

Waking up with the Kings: February 8

So, let’s get this straight: the LA Kings, all of a sudden winners of three straight, went into Philadelphia, winners of eight straight, pushed the direction and pace of play and registered 12 of the game’s 15 high-danger scoring chances (via Natural Stat Trick)? Sure, why not. In the latest road demonstration of a healthy team game, the Kings banked on a solid 50 minutes of action between some Flyers bookends and a younger lineup to skate to a deserved 3-2 shootout victory that pointed them towards at least serving as an afterthought in the playoff race. It must be incredibly difficult for Willie Desjardins to scratch a player like Dion Phaneuf, who until Thursday night had never been a healthy scratch and earlier this year skated in his 1,000th game. But there will be a transition towards loosening the reins on many younger players, a push that should continue when several UFA-bound players and perhaps one or two others are moved in advance of the trade deadline. But Sean Walker was a plus-two with an assist, and over 16:04 of ice time was a positive possession influence. He won’t perform like that every game, but this is a good development for a young-ish late-bloomer whose play will dictate how much late-season opportunity he receives. 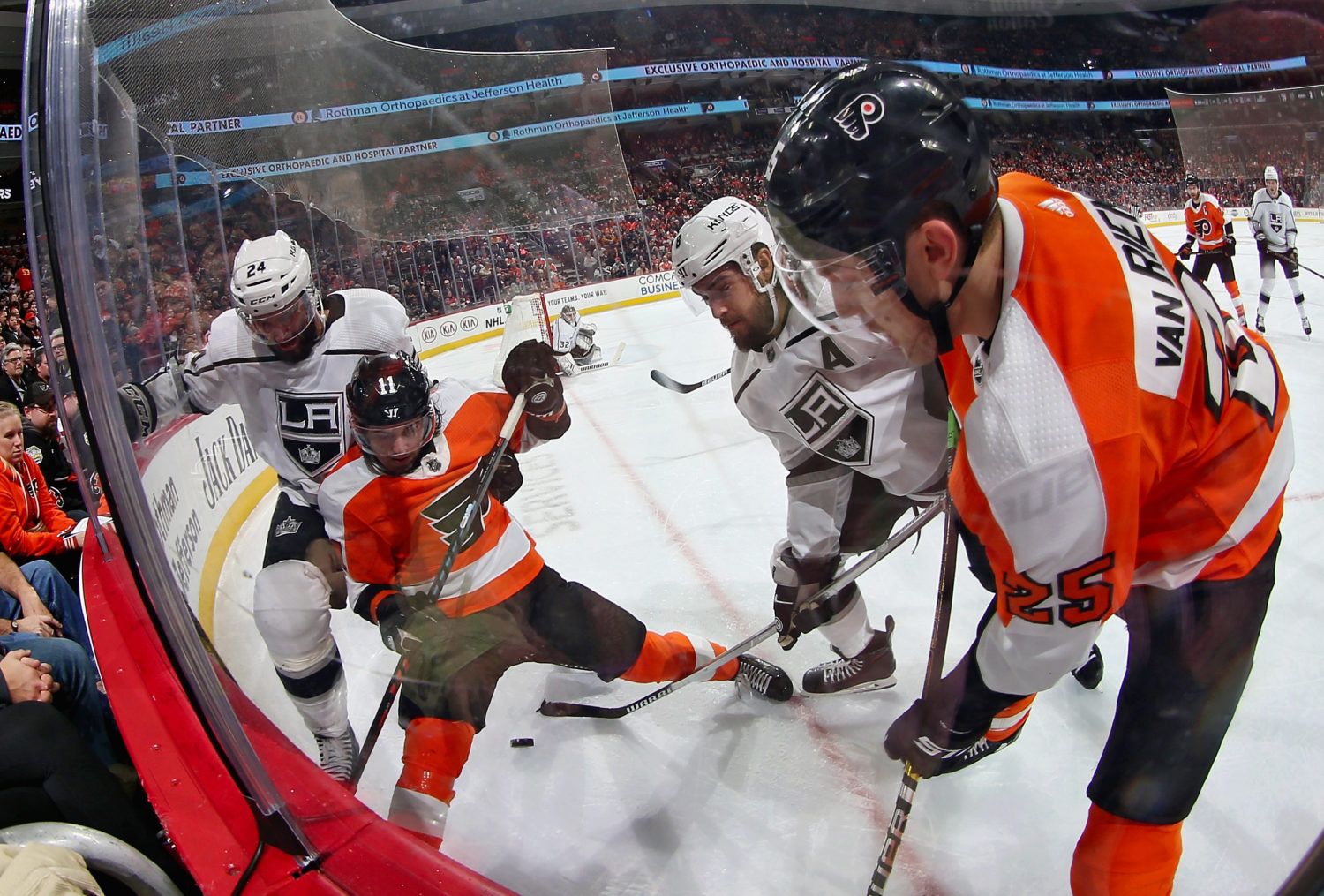 Ditto for Austin Wagner, who has dug into a lineup spot and has played in seven consecutive games. Some tangible and perhaps unexpected chemistry has developed between him and Kyle Clifford, and with Michael Amadio skating between the two wings, the three furthered the line’s recent penchant of working in the offensive zone and generating good, hard, accountable minutes. The key for a fourth line is often to provide energy and not get scored upon, a notion reinforced by Desjardins three days ago when he said that his ideal fourth line is one “that’s hungry, plays hard and gives you a working shift every time they’re on the ice.” It’s beneficial that Wagner’s speed factors into this combination, because third and fourth lines are increasingly dependent on speed and skill across the league, and aren’t as much representative of the “checking” or “shutdown” lines of yore. While securing a high lottery pick is best for the long-term health of the organization, it’s also important that the younger players show some upward trajectory individually, and that’s been happening to a wider degree recently. 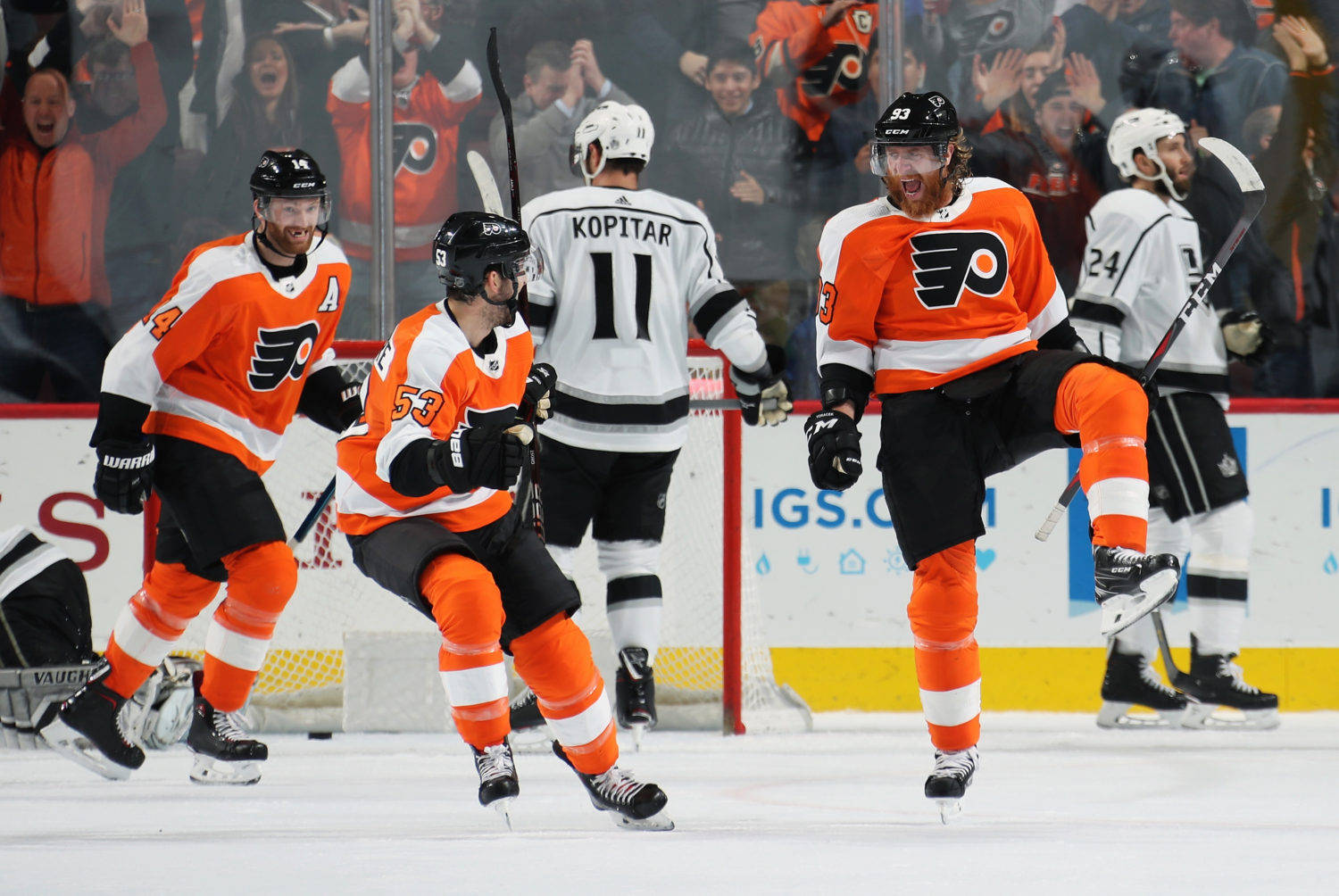 Objects in the rearview mirror are not as close as they appear, so there’s little use in talking playoffs. By winning three straight and four of five, the Kings have now reached the probability stage of “winning a playoff series they trailed 3-0.” (I also acknowledge the irony of typing this in a building where a team lost a series it led 3-0 while covering another team that erased a 3-0 deficit.) The league thrives on this perceived parity through negligible increases in television ratings and perhaps a small spike in ticket sales, but keep in mind that it’s not the five-point deficit that you should be keying on, but rather the seven teams they have to leapfrog. Though it may feel good for Kings fans to be rooting against the Ducks during this ghastly stretch of theirs, in reality it would help L.A. out more if Anaheim started winning some games and didn’t rock the boat in the lottery sweepstakes. If the Kings win seven in a row, they’ll insert themselves into the playoff race. If they win nine in a row, they’ll give themselves some good footing. While we’re nowhere near that, it’s still a positive that we’re seeing some development and return from younger players who will be handled with some loosened reins over the remaining months. 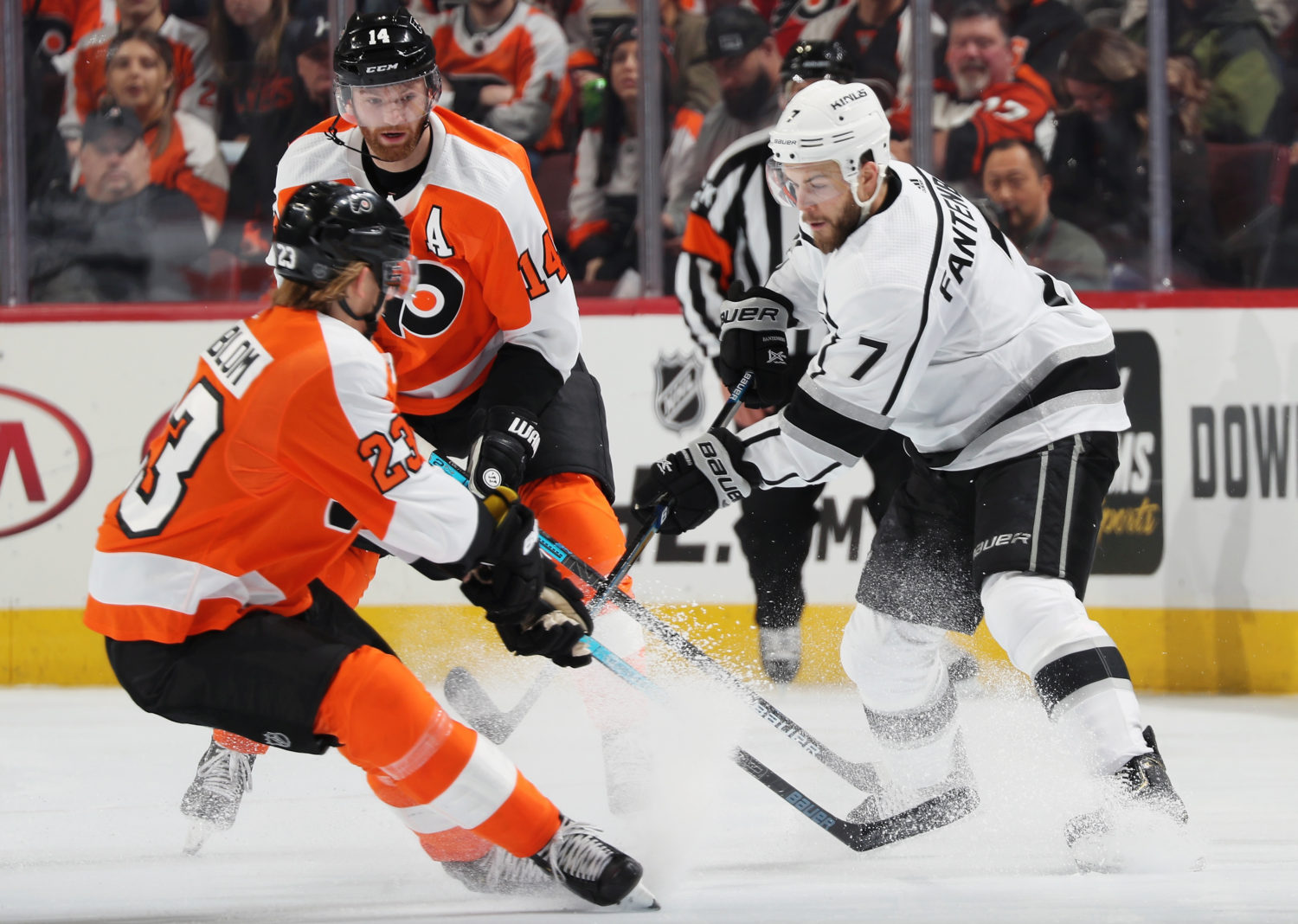