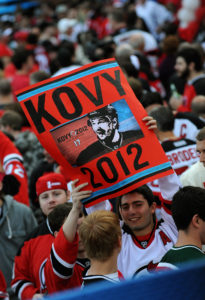 Ilya Kovalchuk and the New Jersey Devils. There’s a bit of history there!

To wrap it up in a neat little bow, the Devils invested significant capital in Kovalchuk, acquired from the Atlanta Thrashers as an impending unrestricted free agent in exchange for Johnny Oduya, Niclas Bergfors, Patrice Cormier, a first round draft pick and a second round draft pick in February, 2010.

Though Kovalchuk entertained some degree of thought towards signing with Los Angeles that off-season – you may remember that story – he did not, and instead signed a 17-year, $102-million contract with New Jersey. The frontloaded contract drew the league’s ire as well as an intervention in which the Devils forfeited $3-million, a first round pick and a third round pick. The first round pick was later returned as the 30th overall selection in 2014, and the fine was halved after the Devils lobbied the league to consider an evolved set of circumstances in which Kovalchuk signed voluntary retirement papers and returned to Russia with $77-million on his contract following the 2012-13 season.

Kovalchuk’s 17-year contract came off the books, affording the team ample salary cap maneuverability, but his departure occurred amidst the subtractions of Zach Parise and David Clarkson, the latter of whom scored 45 goals in his final 128 games with New Jersey before he left in the 2013 off-season as well. To summarize: the trajectory of the franchise was tectonically altered by Kovalchuk’s decision.

“You know, it’s always good to go back and play against your former team, so I’m pretty sure it will be a lot of booing, but I love that, so it’s all good,” Kovalchuk said Monday after Los Angeles’ 4-3 overtime victory over the New York Rangers.

"To watch a guy get cheered or booed – they don't boo nobody, as the saying goes. I get a kick out of it." – #NJDevils Travis Zajac when asked about the reception Ilya Kovalchuk will receive at Prudential Center tonight.

The circumstances of the season won’t necessarily do Kovalchuk any favors. The Devils occupy the 29th spot in the league, the Kings the 30th, so he may serve as an outlet of frustration amidst a spate of injuries and inconsistent goaltending in Newark.

Really, even in the best of times, he’d probably be subjected to a coarse welcome.

“That’s the fans’ opinions,” Kovalchuk said. “It’s a free country. Everybody can do whatever they want. I’m just a hockey player, so I’ll go there and try my best and try and do everything to help my team to win.”

Speaking with reporters after Monday’s game at Madison Square Garden, Kovalchuk articulated his expectations towards returning to the rink where he spent 222 of his to-date 858 NHL games, as well as his relationship with former New Jersey Devils President and General Manager Lou Lamoriello.

Ilya Kovalchuk, on whether he’s excited to return to the Prudential Center:
I’m excited, especially right now we’re desperate for the points, so I think everybody understands it’s a big game and you know, it’ll be something special for me too, so hopefully the guys will help me to get a few opportunities. [Reporter: It’s so different from the last time you were there. I think Travis and Andy are the only ones, right?] Yeah, I think only two guys left, so but now Marty, he’s almost running the club. [Reporter: Wasn’t he then too? Or Lou was?] Actually I saw Louie with the Islanders, so it’s been when he was five years ago, so he’s doing a great, great job there too, so it’s all good. [Reporter: What was that like when you saw Lou?] It’s nice. I saw him in Moscow too, a few times back when I played there, so we’re always good. I respect the guy and he’s a true professional. He will do anything for you when you’re on his side, so it’s all great.

Kovalchuk, on whether there was any animosity between him and Lou Lamoriello when they met:
No, he did exactly what I asked him and he did everything like very professional, I think it was the win-win situation for both sides. You know that financial situation with Jersey when I was there, and they traded great players and they went to the playoffs last year, so I think it’s good for both sides.

Kovalchuk, on whether Tuesday will be his first time returning:
Like Jersey? Physically? No, I was there yesterday because I have a house there, so I just went there to check what’s going on.

Kovalchuk, on whether he has great memories from New Jersey:
Yeah, we had a great team when I got traded – all those three years I was there, we went to the finals. It was a lot of fun. I played with some great players there, some Hall of Famers. Some guys got their jersey retired, so it’s always great. It was a great experience, for sure. 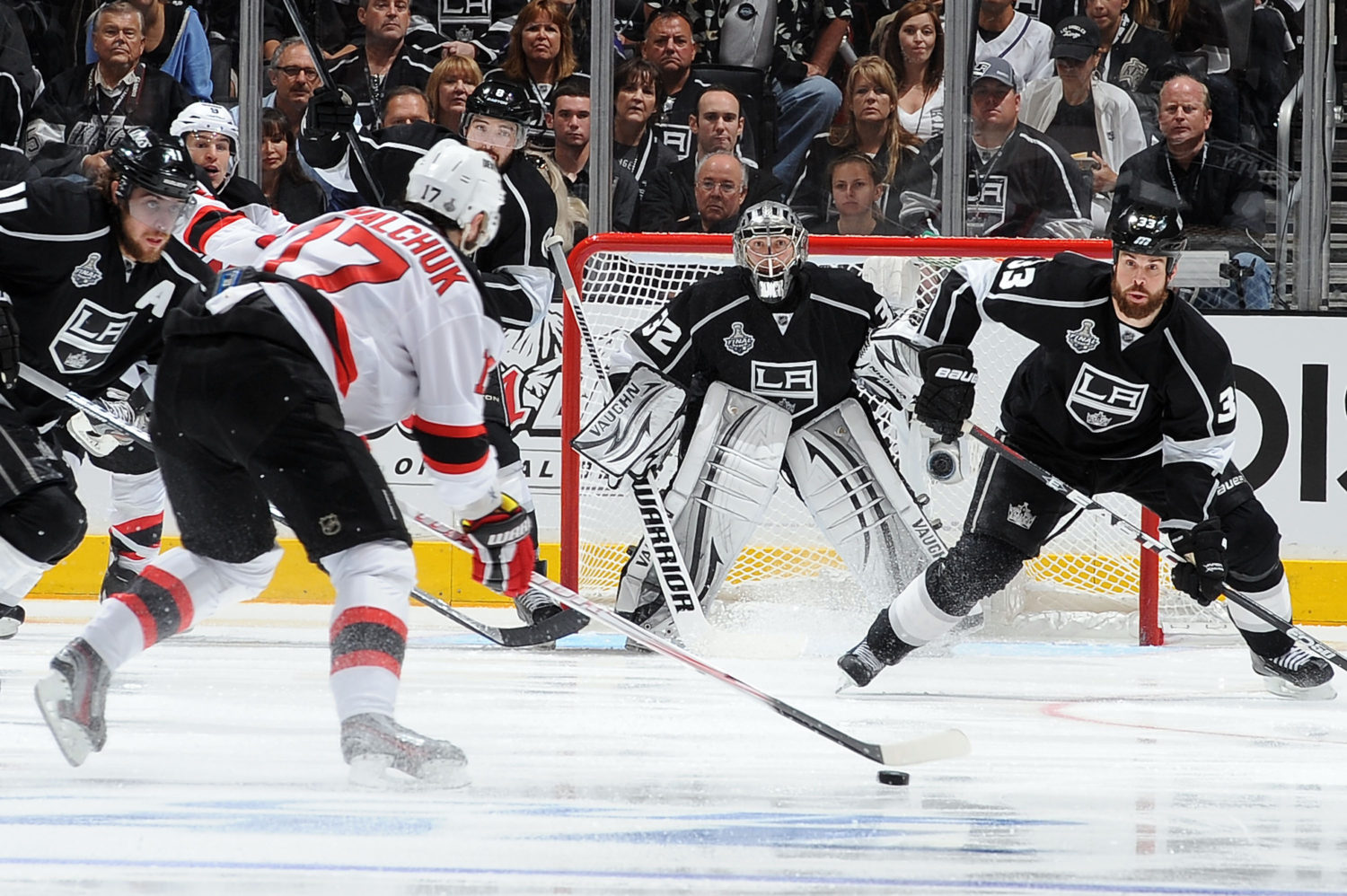