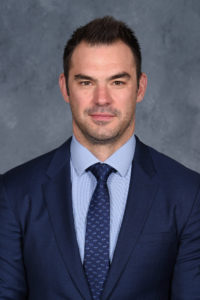 Heading back into the NHL schedule, I was really interested in having a conversation with LA Kings Head Strength and Conditioning Coach Matt Price about the regiments and preparation needed to sustain a team’s conditioning and mid-season game-readiness amidst the longest hiatus since the 2014 Olympic break.

The reality is that this is a major challenge for a team’s conditioning staff. Players have been on a mandated break and not allowed to participate in official team practices but will often get in so-called captains skates late in the lay-off to best hit the ground running when the schedule resumes.

But there’s nothing that can substitute for the rigors of an in-season NHL schedule, so to quickly transition from vacation right into a three-in-four on the road, beginning with a team that will have played Tampa Bay the night before, there are some real challenges that a team’s medical and conditioning training staff will have to accommodate for. As it turns out, going roughly 10 days without “skating medicine,” as Price put it, will have a significant effect on these players’ bodies.

“In a situation like this, there’s always an element of complete rest, and that’s important for the body and the mind,” Price said. “We want players to be completely away from the grind of the game and the schedule and the training and the video and the meetings, but unfortunately in that period of off-time we need to get them active again. We need to have them going through low-level training programs, getting their bodies moving. Moving is really, really critical, and in a longer break like this, they might even have to get on the ice again on their own and start to skate. Whether it’s Christmas or three days, or an All-Star break for four or five or a longer break like this one, there’s always an element of complete rest, and then some low-level work and then ramping up to something that would resemble a normal day at work again.”

From there, Price answered questions surrounding a number of interesting topics, such as how he planned to gauge the data provided through player tracking software during the team’s first practice upon disembarkation in Long Island, and how there exists the raised potential for injury in these upcoming games. It’s a really interesting read about anatomy and the science behind the physics of hockey.

LA Kings Insider: Even though there’s no real recent precedent with this type of break, would it still be accurate to say that because of the disruption in a body’s patterns and routines that this upcoming stretch is a period of the season where a potential injury might occur, or am I being alarmist here?

Matt Price: Any time you get away from what you do on a normal day and then all of a sudden jump back into it and jump back into competition without any preparatory work, there’s certainly an increased risk of injury. And that doesn’t matter if it’s a three-day break or a five-day break or a 10-day break. … In this example, because they’re mandatory days off throughout the entire break, the players and the team aren’t allowed to have any sort of practices or official sessions where they can get the players ready again. So, to come back to your question, the biggest concern we have from an injury standpoint, probably what we would we would consider to be the most preventable or manageable are the non-contact soft tissue injuries, and those are traditionally what we talk about as hip flexor and groin injuries. The players skating basically daily in their season – and they get four days off per month –that daily exposure to hockey skating is actually what protects their groins from injury, and you know, we track this stuff really closely. That’s a huge part … the dailey exposure to skating, and skating’s very unique to the body. So, again, while it’s the reason we pull hip flexors and groins, it’s also the reason we prevent those injuries, just by continually doing that type of work, and I hope that makes sense.

Now, we look at this type of work on the short-term view and the long-term view, and the short-term view could be daily. It might be something in the five-to-seven day range, and then we look at this in the long term, which is about three weeks. And over about a three-week period of time, we need to keep the average work nice and high. High average work means the body’s resilient to that work and it can handle that work. So, if we’re talking about a 21-day window or rolling average, if we’re taking a player, and all of a sudden, if there’s a time that they can’t skate for 10 days, the amount of hockey fitness and the amount of that good, daily dose of skating medicine has gone almost completely away. And, again, to come back to what you said, if you all of a sudden jump back into competition, and that’s essentially what we’re doing – you get one day to skate, and then you’re back to playing, we’re going into three-in-four. There is a huge increase in the risk of injury.

Unfortunately, it’s just a part of the schedule, and there’s really not a lot we can do to sort of mandate things. There’s obviously no official workouts, no practicing allowed, and we have to rely on the players to make good decisions, to understand that this probably isn’t a good thing for them. No one’s going to say ‘no’ to a 10-day break, but they have to understand this and most of them follow our recommendations for activity on the break, and hopefully that helps mitigate some of the risk that we’re inevitably going to face here.

LAKI: From a strength and conditioning standpoint, how do you structure what the players will need at that first practice when they step off the plane and get on the ice in Long Island?

MP: This is another crazy challenge we face. Like, on one hand we have the staff from my side of things – that would be the athletic trainers and the strength coaches, an what we’re going to look for is a sort of transitionary type of practice where we can expose the players to some drills and some speed and some collision but not too much so they have a chance to build into the game, except that we’re talking about one practice, and on the flip side you have a coaching staff that says, ‘hey, we’ve got to be able to go Saturday. We’re running into a team that’s played the night before that’s running full steam ahead. We don’t have time to ease into this.’ So, really, there’s not really a tug of war because you don’t really have many choices here.

LAKI: At that first practice, when you’re looking at your data, what types of endurance and conditioning-related measurements will you have your eye on?

MP: There are a couple of elements, and I think obviously with the ability to track these things with our player tracking technology, we want to see a particular volume of work. So, we want to say, ‘yes, they’ve done enough today.’ We’re going to want to see enough intensity, so we want to make sure that they’re doing the work at a high enough level. Again, because they’re going to have to do this the next day in the game, we want their bodies exposed to these types of stressors. So, they have to do it enough, they have to do it intensely enough, and that could be doing particular drills that we know through our tracking and expose them to high-intensity work. And the other thing that’s really important is we’re going to want to have some type of contact. Obviously, coaches know this, but there has to be some low-level combat and collision just to prepare the body for that. And the last one that I find is one of more of the intriguing ones for us, and we haven’t been able to monitor this until we’ve added our technology and our player tracking is speed – sped and acceleration. The hips and groins are very sensitive to high forces and high force at high velocity, so when a player is in a maximal sprint, that is one of the times when the groins and the hip flexors are at the highest risk for injury. Now if you do that repeatedly like you would in the regular season when you’re playing every other day and you have practices mostly every other day, there’s no issue. You’re getting that exposure, the body’s vaccinated against that stress and it handles it – no problem. But if you haven’t, and all of a sudden you’re asked to go all-out, all of a sudden you’re at high risk again. So, again, coming back to the practice plan, we want to make sure they get some high-velocity open ice skating. And not all drills lend themselves to that. So, again, in our drill menus, so to speak, we know certain drills that will expose them to that type of stress and will ask that they implement that into their practice plan. 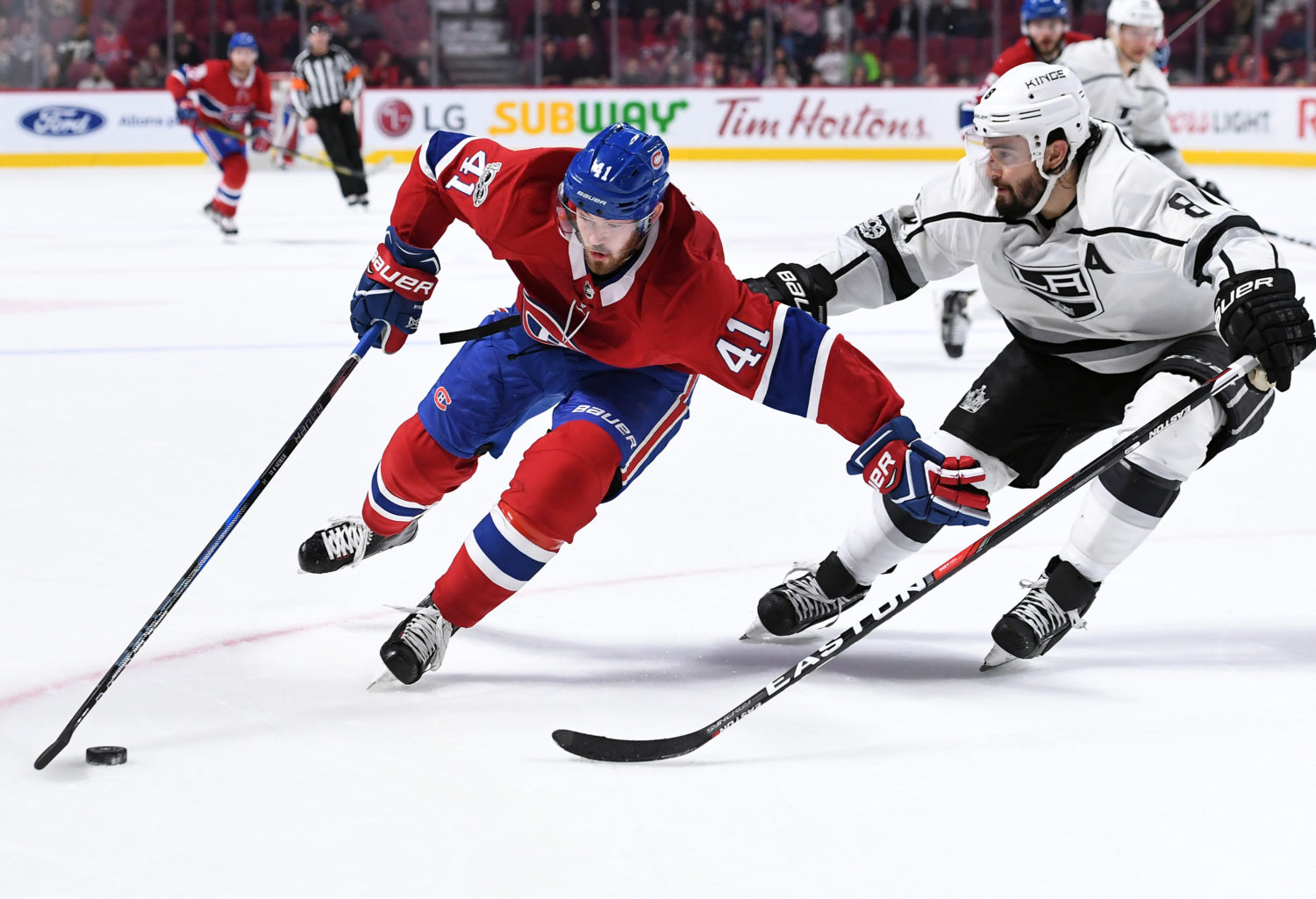