Projected trade winds blew open with gale force on Monday afternoon as the LA Kings shipped 29-year-old defenseman Jake Muzzin to the Toronto Maple Leafs for Toronto’s first round draft pick, forward prospect Carl Grundstrom (who will report to AHL-Ontario) and the rights to 20-year-old defensive prospect Sean Durzi (who remains in OHL-Guelph for his overage season).

Grundstrom was a second round draft pick (57th overall) in 2016, and Durzi was a second round draft pick (52nd overall) in 2018, while Muzzin, a 2014 Stanley Cup champion who grew into what General Manager Rob Blake described as “elite defenseman,” ends his 496-game Los Angeles career with 51 goals and 213 points along with a 50-game playoff career that netted seven goals, 20 points and the 2014 Stanley Cup. He’s a career plus-24 player who has been a possession-driving behemoth, especially early in his career. Gaining notice with a 64.0% Corsi-for percentage in 2012-13, Muzzin has never finished with a negative Corsi-for relative to his teammates in any of his seven full NHL seasons. On a last-place Kings team in 2018-19, he leads club defenseman with a +3.8 CF%Rel and a plus-10 rating.

“Terrific player, terrific person, took a huge step in leadership over the last few years here,” Blake said of Muzzin. “Very difficult day here for us. To move players that have brought so much to this organization and bringing a Stanley Cup the organization, very difficult. We wish Jake well. He was tremendous for his time here as an LA King.”

Blake speaks for a lot of people when praising Muzzin. While building for the “future” was certainly a theme on his conference call, emotionally this is a raw moment for an organization that could soon part ways with a number of emotional leaders and productive figures who played key roles during the team’s glory years. With Muzzin’s departure, 10 players remain from the club’s 2014 Stanley Cup team.

“It was a difficult conversation with him,” Blake said. “I have a ton of respect for him, what he’s been able to do through difficult circumstances this year. So it was a very difficult phone call. As far as the trade itself and the timing and everything, I think what happens is you come to a point where you become on acceptable terms both ways and you get the deal done. Whether you wait or not is another thing. We were comfortable with what was in place here today, and that’s kind of how the deal went through.”

The two prospects acquired have shown well since their drafts and are interesting, upper-tier prospects if not Grade-A, front line game-breakers. Fortunately, this trade was consummated with Toronto, so if you’re a subscriber to The Athletic, you can have your pick of Carl Grundstrom articles or notes on AHL possession rates.

A non-Kings source said this of Grundstrom: “Great guy, team player, power forward who was known in Sweden being good in front of the net and fearless. Character guy.” Another source outside the organization confirmed the character and power forward aspects of his game. I often defer to Corey Pronman for these notes, and within Toronto’s system – graded 19th among NHL systems by Pronman – Grunstrom was ranked fifth overall and in “Legit NHL Prospect” territory — below “Very Good NHL Prospect’ territory but above “Has A Chance.” Blake liked “his compete, his effort and his work,” calling them “mainstays.” “His sense and his poise are above average, and [he’s] a strong skater.”

5. Carl Grundstrom, LW, Toronto-AHL
Grundstrom had a solid season over in Sweden, came overseas later and was a critical piece for the Marlies. He plays hard and he plays fast. Grundstrom is a hard-nosed winger who gets to the net and has an edge in his game. He’s not all muck and grind though, as he has some speed in his game, and can make plays. When he was younger I thought he had some real offensive upside as a playmaker. I’ve come off that expectation a bit in recent years but I have the plays he made when younger in my head. Maybe he’s just a nice bottom-six/PK type, but I think there could be more too. 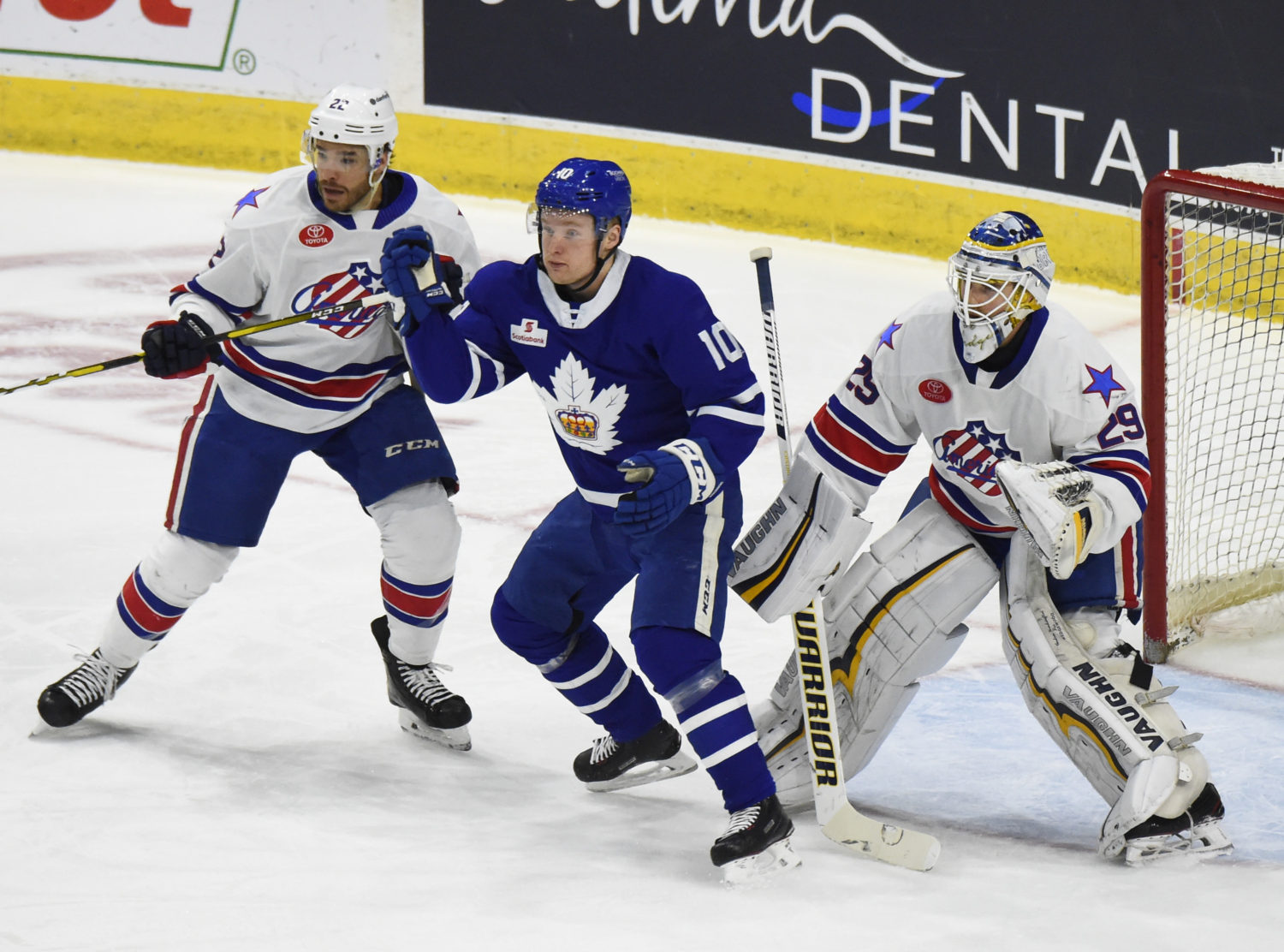 Durzi, meanwhile, “moves the puck at a pro pace and displays very good vision,” according to Pronman, who deemed the six-foot, 196-poind right-shot defenseman “…a good puck handler who can show the occasional flash of top-level offensive skill” during last summer’s rankings. He’s among the players who seem to fit in a newer, up-tempo NHL that favors faster, skilled teams spending minimal time in their own zone.

“Yeah, and I think it fits in the mold of getting back, getting pucks, getting them up quick and finding it,” said Blake, who also noted Durzi’s hockey intelligence. Of course, with additional changes potentially coming to the Kings’ blue line – Alec Martinez is another player on the back end who has been scouted by opposing teams in advance of a hypothetical move – Durzi joins Sean Walker and Kale Clague as offensive-minded prospects who come in a touch undersized but in line with the way the team and the game appears to be trending.

“Sean Walker’s been able to come in with a different kind of look like that with his feet and his speed, and Sean plays into that role going forward, also,” Blake said. Durzi, Walker and Clague all play on the right side, as does Matt Roy, who may be due for an opportunity potentially as early as the second half of this season. 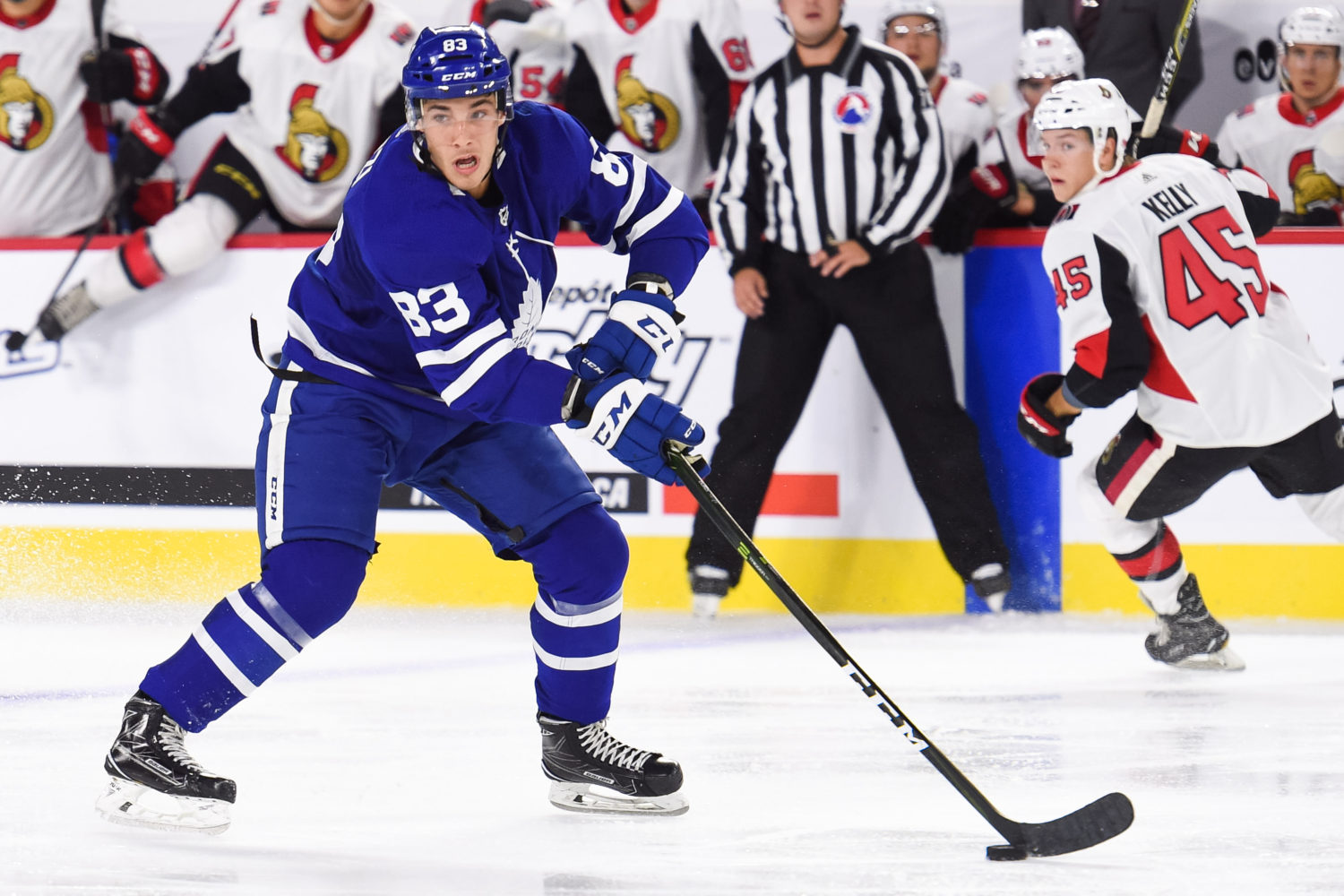 We’ve all reported this for weeks: change is coming to the LA Kings organization, and there will be am effort to part with players with term and of significant expense who aren’t tied down by no-movement or no-trade clauses as well as players on expiring contracts. Some players will be more difficult to move than others; the reap of the full bounty won’t be known more firmly until after the NHL Draft and July 1. But while this will be healthy for an organization that needs to get younger, faster, and very much more skilled, it will come at an emotional cost for those inside and outside the Toyota Sports Center walls who both pull strings and bear witness to the distribution of parts that combined to lift the team to the greatest heights it had ever acheived.

“I’m sure it comes as a shock as it does for a lot of players when they get traded. Like I said, they’re never easy conversations, and I’ll reiterate the amount of respect we have for Jake and what he’s been able to accomplish with our organization. He’s helped us win the Stanley Cup, and you can’t ask for more than that out of a player,” Blake said.

“I think we’re in a position where we’re looking up every day in the standings. We’re not happy about where we are, we’re not comfortable with where we are, and now we have to make decisions for the best of the organization going forward.” 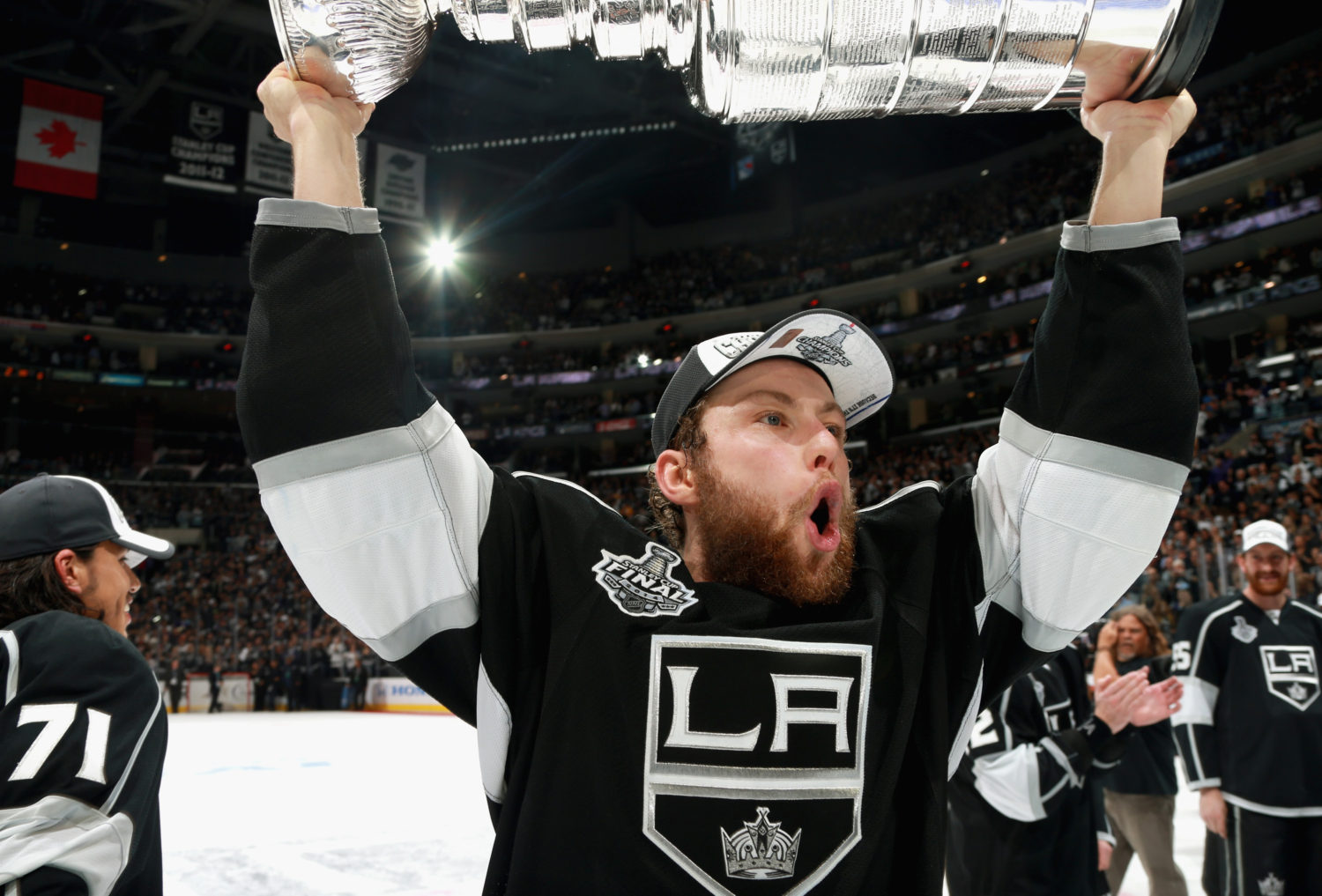 Rob Blake, on the pros and cons of the timing of the trade:
I’m not sure there is a pro and con on that aspect. Both sides have been in in some talks for a couple weeks and came to common ground earlier today, s o that’s how that whole process took place.

Blake, on a trade that transitions the team:
This is a move that obviously prepares for the future and going forward, and we’ve got a draft pick and some younger prospects in return, and whether it was now or at the deadline, it’s what we’ve been focused on here for a while, and this was one we got done here today.

Blake, on whether the idea of waiting longer factored into the trade:
No, not really. I think once we understood the parameters of the deal, at least from our side we were comfortable doing it here today.

Blake, on how active his trade calls have been:
I think the calls are general throughout the league. They’re active calls going on and that. I’m not sure it’s much different than any other time. You’re always looking to improve in certain aspects, and you look at all those options as you go forward here.

Blake, on whether there will be any transition for Jake Muzzin moving from West to East:
I don’t think so. I think he’s an elite defenseman. He’s going to bring the physical aspect, but he has poise and patience to make plays. I think the adjustment will come naturally for him because he is a top defenseman.