Davis Drewiske is among the 31 players to have their names engraved on the Stanley Cup as an LA King. As part of a journey that began in his hometown of Hudson, Wisconsin, continued at the University of Wisconsin, and then later in Manchester, N.H., Los Angeles, Montreal, Hamilton, Ont. and Philadelphia, Drewiske won championships as both a Badger and a King and now splits his time with his young family, as a financial advisor at RBC Wealth Management in nearby Stillwater, Minn., and, since retiring from his playing days, as a volunteer assistant coach with the Hudson High School boy’s hockey team, which will be vying for its third straight Wisconsin state title – a championship Drewiske won as a player in 2001.

In his work with Hudson High, Drewiske was connected with the Dillingham family, which has faced incomprehensible hardship over the past year. Tate Dillingham, 10, hit his head while playing and when symptoms wouldn’t go away, went in for an MRI and learned that he had an inoperable brain tumor.

“Tate has been helping as an assistant manager for the team for home games,” Drewiske said. “He can’t play right now, but he’s a big hockey fan, and we’re trying to keep him around the game a little bit. I hope it’s been good for him. I think it has. It’s heart-wrenching no matter who you are, but I think it really hits home more as you have kids and you just really feel for them and you want to try to brighten their a day a little bit if you can.”

Tuesday morning, Tate and his family was a guest of Drewiske and the LA Kings at the morning skate> He had a Hudson Youth Hockey jersey signed by the Kings and will sit on the Wild bench during warm-ups.

“It’s been a tough 10, 12 months for them, so it was really nice of the Kings and everybody, the staff, to accommodate them,” Drewiske said. “They’re just on the moon right now and they’re really excited, and he just said, ‘forget the Wild, I’m a Kings fan now!’ It was pretty neat for them.”

Though Stillwater is just across the Mississippi River, a 20-minute drive from St. Paul, Drewiske is still an important figure in Hudson, which in 2014 renamed Raider Arena Karen Drewiske Memorial Arena in honor of his mother, who lost her battle with cancer that February.

Stick taps to all those in the hockey world as selfless as Drewiske, who in 2012 picked up the Stanley Cup upon its arrival in the Twin Cities and took it right to Jack Jablonski’s house. And in addition to stick taps, here’s all the love in the hockey world for the Dillingham family and young Tate.

Davis Drewiske, on whether he still plays hockey recreationally:
Just coaching, not to play really competitively. I’m a retired hockey player, and I’ll play boot hockey with my friends. That’s about it.

Drewiske, on whether he still follows the Kings:
Yeah. Obviously, there are still a few guys that I played with who I was pretty close with when I was playing. There’s still that core of guys here. There’s a lot of really good people in that locker room, and I always want them to do well. I still follow old teammates, college teammates that are in the league, but there are fewer and fewer guys of them now every year.

Drewiske, on what continues to resonate with him from the 2012 Stanley Cup run:
I just think it’s that bond you have in teams that win, and there was just so much pride and professionalism in the way everyone approached their work and their craft. But, just the camaraderie you have with teammates, and that’s something that stays with you forever. You’ll always have that bond no matter what, and there are some guys you talk to a lot, and some guys, maybe it’s every couple years. You’ll always have that bond and that camaraderie. 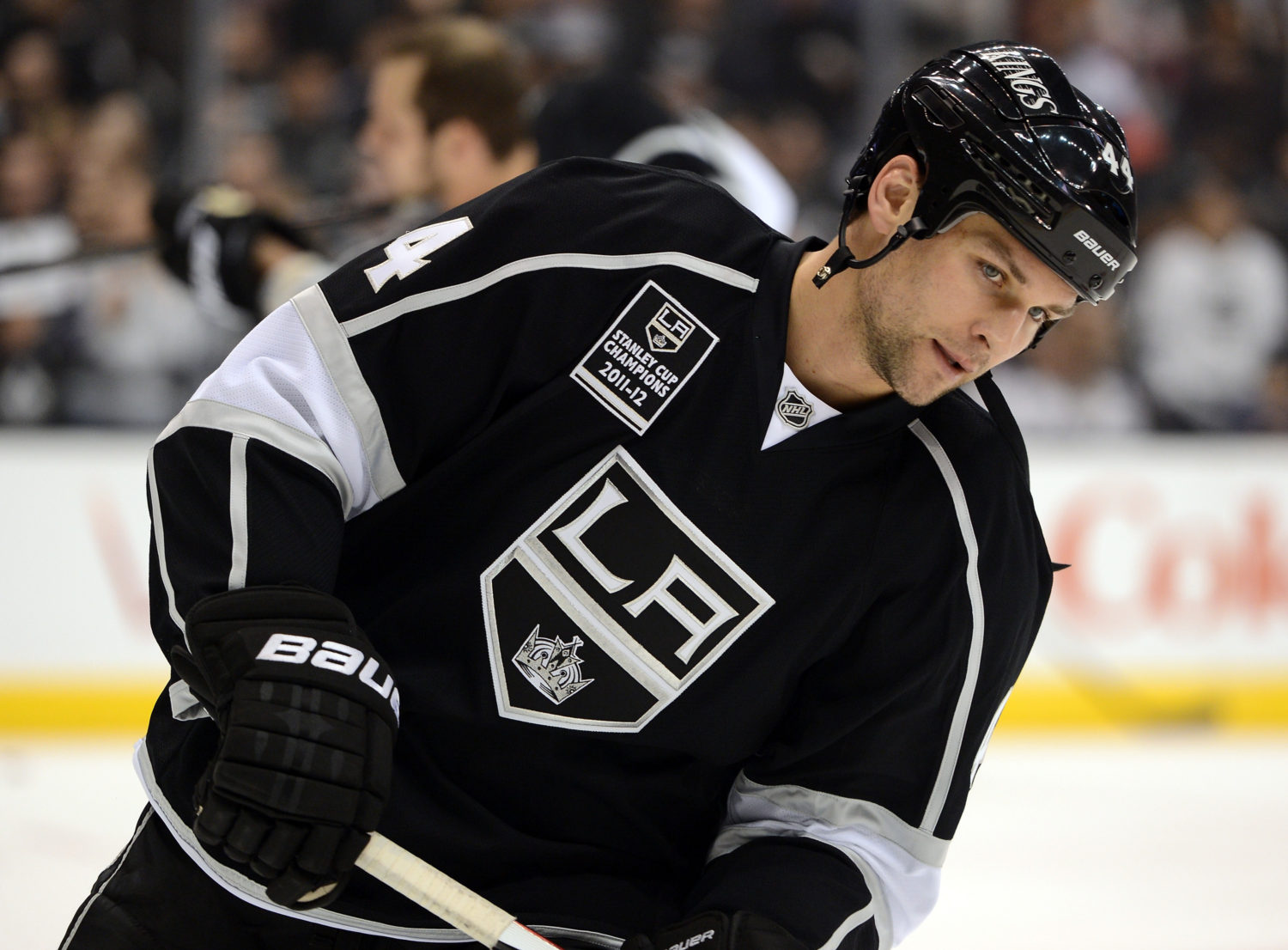