Waking up with the Kings: January 6 - LA Kings Insider

Waking up with the Kings: January 6

Before allowing three first period goals Saturday night, the Edmonton Oilers had allowed five, three, five, six, four, six, two, four, eight and six goals in their last 10 visits to Staples Center, winning once, controversially. This all occurred despite some perfectly fine Oilers efforts at home, especially in a tightened 2016-17 season in which Edmonton was proficient in closing out games as a top-10 defensive team. It’s also not easy when a player like Oscar Klefbom is out for an extended period, placing an additional strain on a young defense. But there just wasn’t really anything there in a 4-0 Los Angeles win in which the Kings led for 56:45 and only four Oilers forwards recorded shots on goal to meekly continue their bizarre road juju in downtown L.A. (Ken Hitchcock had thoughts about this after the game.) This skid – Edmonton has one win at Staples Center since early in the 2011-12 season – is not quite as profound as Calgary-at-Anaheim was, but may still need either Jobu or some other deific benevolence to get turned around, because this was a script we’d read before. 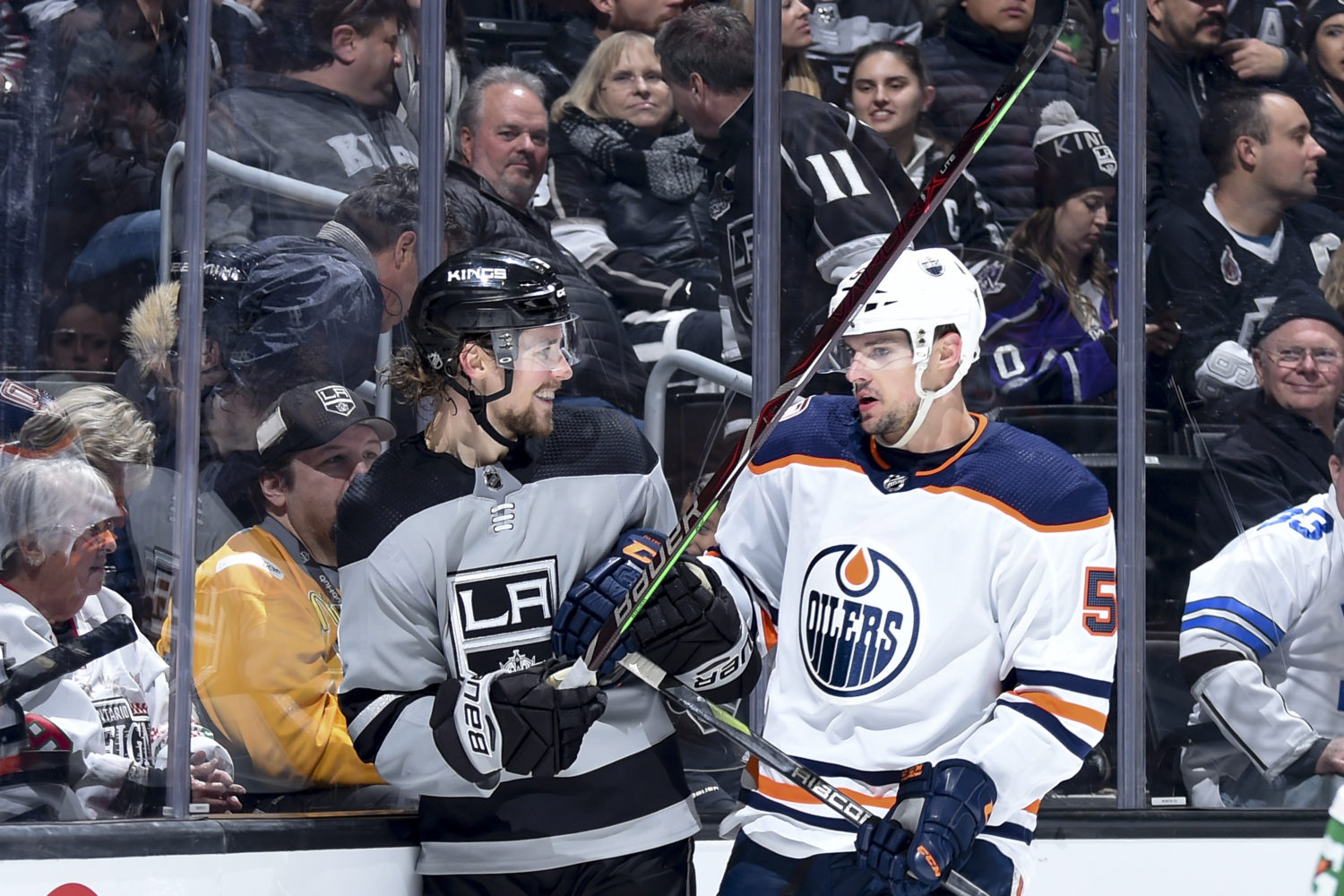 And lo, the Kings: all four lines took pucks to the net and scored, historical milestones were met or surpassed, Jeff Carter recreated his 2013 Antti Niemi goal and the team summoned the appropriate response in moving past a pair of substandard performances in aggregate 8-2 losses to Vegas and Tampa Bay in which Los Angeles was out-shot 75-31 from the first period Tuesday through the second period Thursday. They’ve now faced Edmonton three times this season and have kept Connor McDavid reasonably in check, limiting him to a pair of assists. Also, you may thank me directly when he scores four goals in the teams’ final meeting this season in March. It’s always easier said than done when you hear “let someone other than McDavid or Draisaitl beat you,” as was discussed at practice Friday. But Los Angeles has done a pretty good job at that this year, having allowed goals to Alex Chiasson (who has three), Oscar Klefbom and Jesse Puljujarvi in the three games. 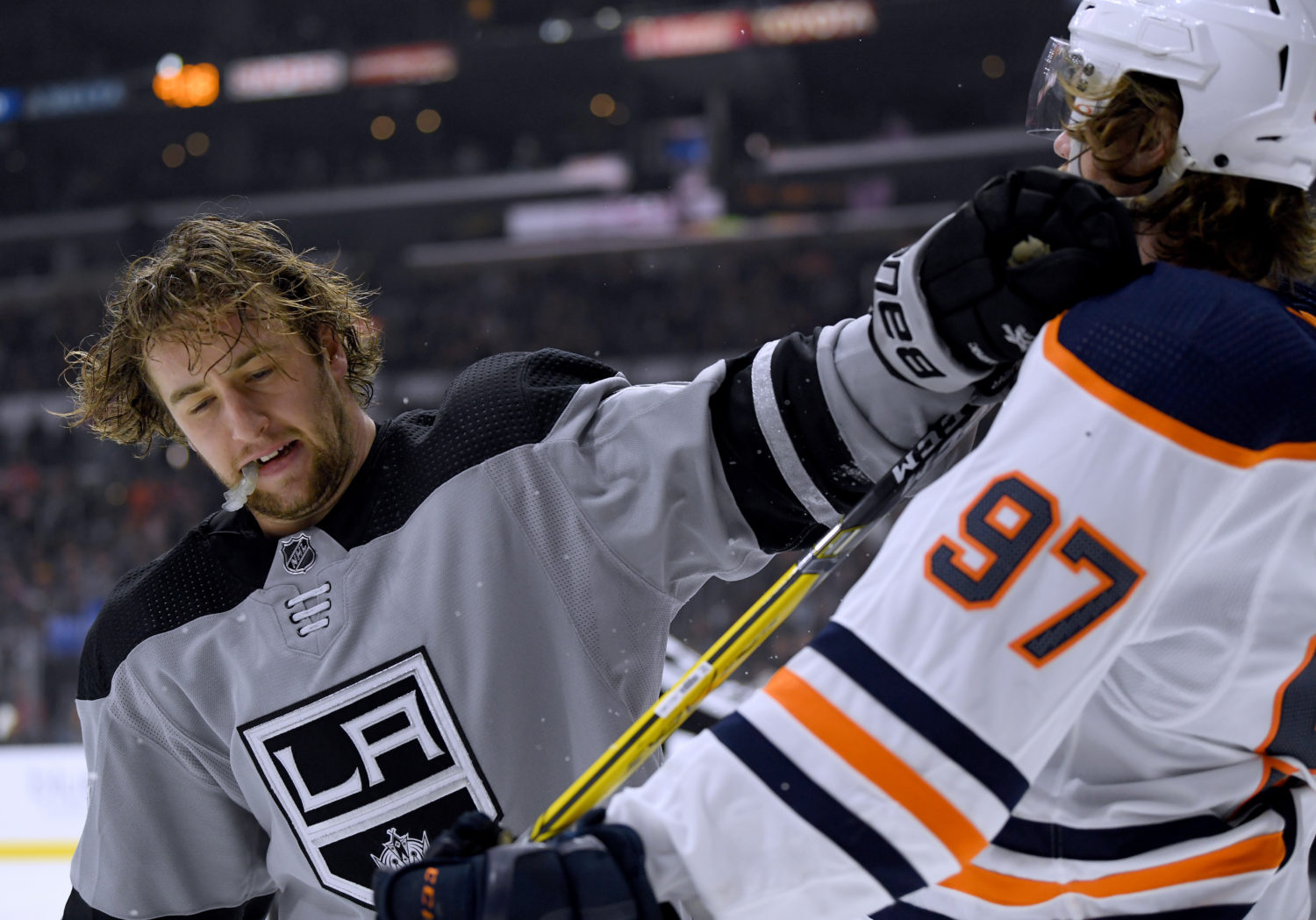 It takes a team working in concert to place a cap on Edmonton’s to players, but Drew Doughty and Derek Forbort deserve recognition. Both played calm, composed games and were effective in keeping McDavid away from the most dangerous areas. 13:30 of Doughty’s 17:43 of 5×5 ice time was spent on the ice against McDavid, and per Natural Stat Trick, Edmonton did not generate a high-danger scoring opportunity over that time. Forbort’s numbers when sharing the ice with McDavid were similar. More than just Doughty, though, this was a game in which Los Angeles’ top players came to play, including Carter, who spearheaded one of his strongest performances of the season and served as the pivot of a grouping with Alex Iafallo and Brendan Leipsic that spent a disproportionate amount of time in the offensive zone. This was a game that would’ve been significantly more lopsided had Cam Talbot not come in to calm things down after a barrage of high-octane first period opportunities on a night in which the Kings’ top players set an early tone. 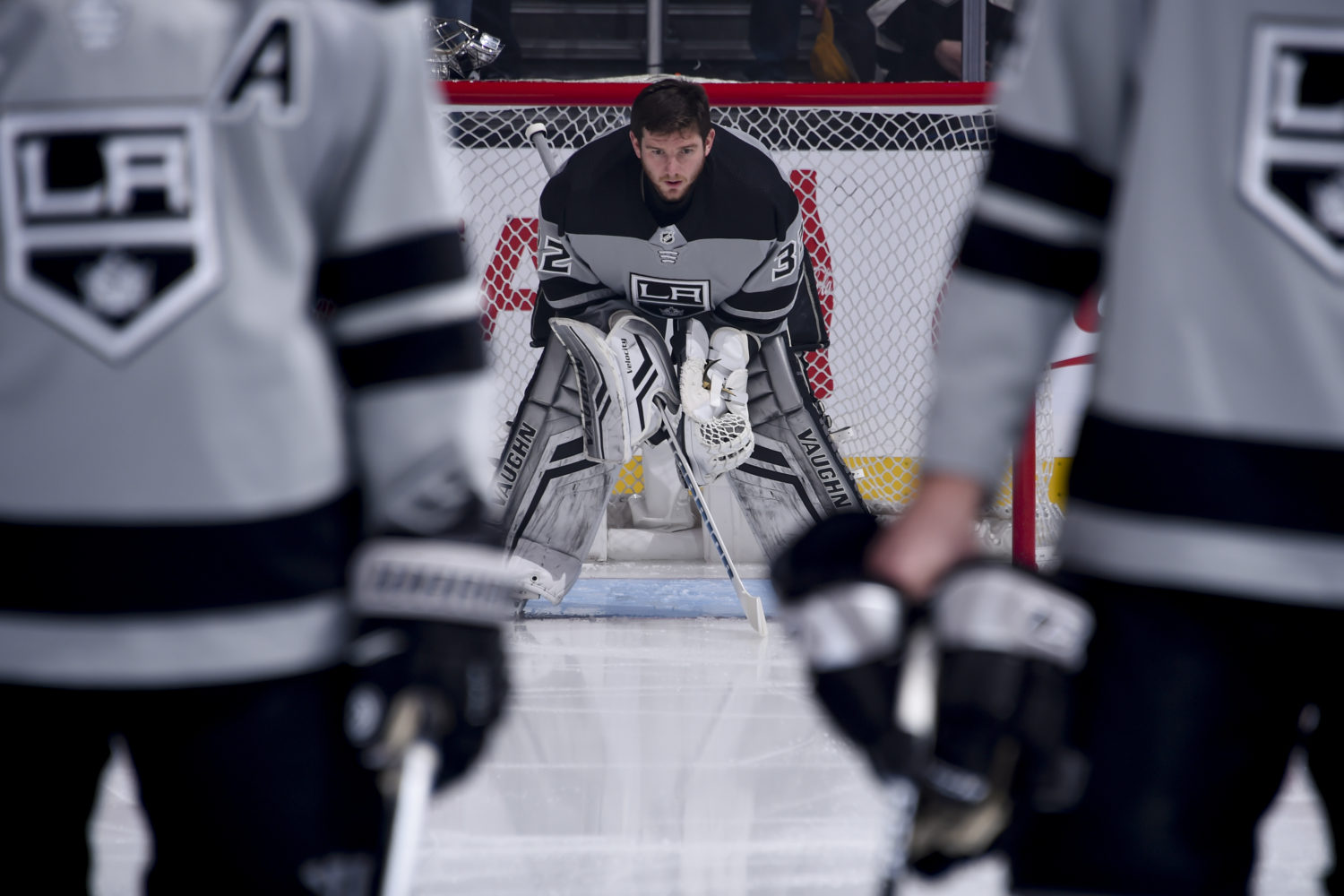