By Zach Dooley For LAKingsInsider.comJanuary 5, 20190 CommentsUncategorized
via Ontario Reign

Ontario Reign Head Coach Mike Stothers couldn’t help but feel frustrated after losing by a goal when his team “play[ed] about as well as you could play against that particular team.”

He attributed the defeat to a pair of mental mistakes that wound up in his team’s net, combined with an inability to score more than one themselves.

For much of the night, especially in the game’s final 40 minutes, Ontario looked like the better of the two squads. Taking on one of the AHL’s top teams in the San Jose Barracuda, who came into tonight’s game on the second half of a back-to-back, the Reign certainly had their opportunities but once again fell short, extending their losing skid to four games and a winless in regulation drought to 12 games that includes just two wins and has spanned more than a month.

The opening 20 minutes saw a heavy dosage of Cal Petersen, who turned aside all 16 shots he faced in the first period, including multiple quality opportunities from the visitors. Petersen was finally beaten 2:26 into the second, as Evan Weinger moved down the left wing and scored his seventh goal of the season from the left-hand circle.

Ontario knotted the score at one just under six minutes later as Kale Clague collected his third goal of the season 8:25 into the second. Clague took a feed from defensive partner Kurtis MacDermid and sent a shot through traffic from the point, that may have hit a Barracuda player on the way through and in for the game-tying goal.

After a period that saw Ontario post a 12-5 shots on goal advantage in total, the Barracuda capitalized on a late-period breakdown as Alexander True wired home a one-timer, off a feed from Antti Suomela, from between the circles for the go-ahead goal, a lead the Barracuda would not relinquish.

The Reign had their chances down the stretch but were unable to get a second puck past Antoine Bibeau, who finished as the game’s first star with 32 saves on 33 shots.

Ontario is right back at it tomorrow for another edition of the So-Cal Series – Puck drops at 3 PM as the Reign host the AHL’s hottest team in the San Diego Gulls, who are 8-0-0-2 in their last 10 games played.

Mike Stothers on his team’s more complete game, as opposed to the Texas trip
I thought we played way better than we did in Texas and I thought we played a real good game against an excellent hockey club. It’s just so darn frustrating when you lose by a goal and you play about as well as you could play against that particular team. The goals that they scored were just mental mistakes on sloppy changes – you can’t have all three forwards coming over the boards at the same time and they’re throwing it up the far side for a stretch pass and they go in and there’s your game right there. I know when you’re tired, you want to get off and you’re probably not thinking straight, but you can’t have everybody coming at the same time. Anyway, we addressed it and we’ll move on.

On turning a good effort into a winning effort
The only way you’re going to win is to continue to have good efforts. What are you going to do, you had a good effort and you didn’t get the results you’re looking for so you think the next day, you’re going to lay a dump out there and you’re going to get a win? It’s not going to happen. It’s what you have to do. It’s hard, it’s hard to get wins, it’s hard to get wins against good teams. Tomorrow, we’re playing probably the hottest team in the league right now, which is San Diego and then we’ve got the next two against San Jose again. It isn’t going to get any easier, so there’s no sense waiting around so just play, play like there’s no tomorrow.

On Cal Petersen’s play, especially in the first period
Goaltending’s been great for us this year. We’ve had Cal, Buuds, Soupy, Willy gave us some good games when he was here. Bottom line is, when your goaltending’s good, which is what you want but you’ve got to score more than one goal to win a game. Like, you have to score, you have to score more than your opposition. If we’re going to have a couple of bad line changes and give up goals, we better come up with two or three or four ourselves. I’m not going to be doing your taxes this tax season, but I can do some kind of math to figure out that we need to a couple of more goals if we want to have a chance to win.

On whether he expects another emotional, physical game against San Diego tomorrow afternoon
I would be disappointed if there was anything less. I look forward to it, can’t wait for the puck to drop tomorrow at three o’clock.

Cal Petersen on his game through two games back with Ontario
I think the experience that I had up there is definitely helping and it’s nice to come down and be able to play consistently and kind of get in a groove again. Unfortunately, we’re not really getting the results, but it looks like things are turning around a little bit and hopefully if we play like we did tonight, we’ll win more games than we lose.

On the team’s effort tonight and whether he feels the team is close to being able to turn things around
Yeah, I think effort’s never really an issue. That was probably, especially the second and third periods, the most complete effort that we’ve had when I’ve been in net. I think, on one hand, that’s really happy. It’s tough to lose those one-goal games, but we had our chances and hopefully we can be on the other side next time.

On whether the team is capable of going on a run, similar to last season
We had a very good team last year and there’s a lot of the same pieces with this team. I think it’s just each guy, consistently playing to their potential every night and I think once we get that consistency from every guy, it’s just a matter of time before we can turn bad outcomes into good ones and guys can get some confidence and be rewarded.

On tomorrow’s game against San Diego
I think we should just take a lot of the things that made us successful – I thought we got back on pucks really well, especially in the second and third. We were pretty hard, we didn’t turn over as many pucks in the neutral zone, that’s one thing that’s hurt us in the past. I think any time we have an emotional game, playing a rival, it’s just important to stay true to yourself and not let the surroundings dictate how you’re playing. I think if we do that, and keep our emotions in check, it should be a good game. 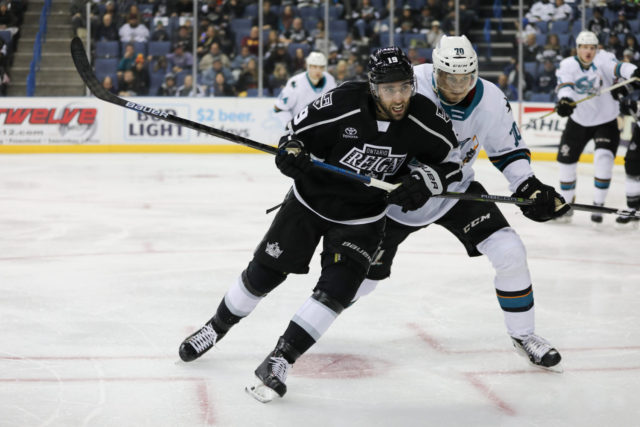 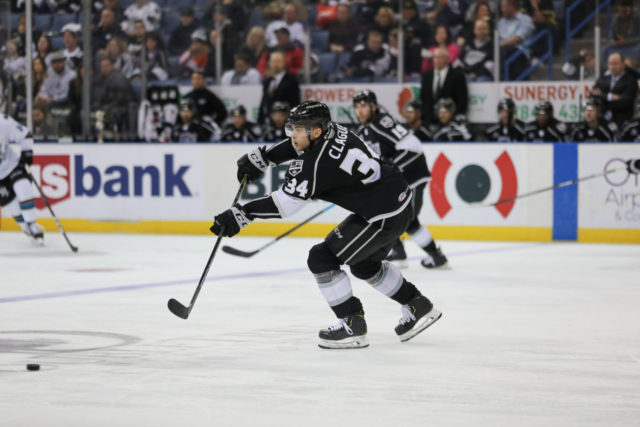 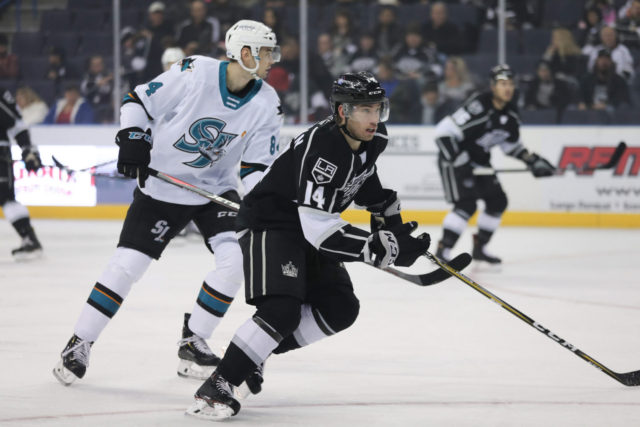