The LA Kings held a full-team practice in the midst of a four-in-six and showed changes to their forward alignment:

–Lo, those new offensive groupings. Tomorrow may mark the first time since the first six games of the season that Ilya Kovalchuk starts alongside Anze Kopitar. “The one thing he always does, he brings lots of energy. He’s excited to play, and that’s a good quality to have in a player,” Willie Desjardins said of Kovalchuk. “He can play in a number of different spots, which is good for us, but it’d be interesting with Kopitar – like, those are two really skilled guys. There’s a bit of a match there. Both think the game well.”

–Defensive pairings did not show any changes. Paul LaDue appeared to be the extra, skating to the right of Alec Martinez, who is nearing a return but unlikely to play Saturday. Another update: Trevor Lewis isn’t quite close, according to Desjardins, who said, “I don’t think it’s quite soon. I think he’s still got a little ways to go. He has to go see the doc again, but he’s got to be at least two to three weeks away from playing.” [EDITOR: I’m wondering aloud if Desjardins meant “skating” instead of “playing,” because I did not believe Lewis to be in a two-to-three week range at this point.]

–Better injury news! Carl Hagelin was placed on a line. His return is imminent. “Obviously never fun to be out, the amount of time I was out, but that’s part of the process,” he said. “There were a lot of guys hurt with me which helped and got some really good work in and I should be ready to go.”

Hagelin suffered an MCL sprain on an innocent-seeming play during Los Angeles’ home loss to Vancouver on November 24 and has missed the last 20 games. He had two assists in five games prior to the injury and had struck up some chemistry with fellow countryman Adrian Kempe. “I think we were playing pretty good from game one, and we fed off each other’s speed and hopefully can continue doing that, so I’m going to try and keep up with him now when I come back,” Hagelin said.

Their speed meshes well with one another and makes the Kings a faster team. More intangibly, his presence is also important in the development for his 22-year-old teammate who has endured some growing pains in productivity during his second full NHL season.

“You have two Swedish players, Hagelin’s got lots of experience,” Desjardins said. “I think he can help Kempe with his game, and I think Kempe’s a guy that’s got more, he’s got a bigger upside still, so maybe Hagelin can help him reach that.”

In 21 games with Los Angeles and Pittsburgh, Hagelin, acquired November 14 for Tanner Pearson, has one goal and five points in 21 games. In 41 games, Kempe has five goals and 12 points.

–There will be at least one King playing for gold at World Juniors as Mikey Anderson and the United States held off Russia, 2-1, in the semifinals. They’ll face the winner of Finland-Switzerland, which starts at 5:00 p.m. PT and features 2018 first round draft pick Rasmus Kupari.

The United States is competing for its fourth gold medal at the tournament since 2010. Finland won in 2014 and 2016, their first wins since 1998. Switzerland won bronze that year, the only year they’ve medaled at the tournament.

Top 3 players in the tournament for USA as selected by the coaches: Ryan Poehling (MTL), Jason Robertson (DAL) and Mikey Anderson (LAK).

Willie Desjardins, on whether there was “something to be learned” from Thursday’s loss:
I think there’s lots whenever you play good teams. You always should be learning every night, anyways when you watch teams. But they certainly had a certain style. Right now, they’re on a roll, too. We caught a team when they’re on a roll. Yeah, so we went through films, and we did talk about them and things we can get out of it.

Desjardins, on Brendan Leipsic:
He’s got quickness and he’s got skill with the puck. I think he makes plays. His penalty was a tough penalty for us. That certainly put us bacj. But once he gets the puck in the offensive zone, he’s pretty creative, so he’s been good that way.

Desjardins, on trying to contain Connor McDavid and Leon Draisaitl, and the efforts to “make someone else beat you” when facing Edmonton:
They’re such good players. … They’re just such high-end guys that you can cover them well all the time, and then one shift they get away on you, and they’re gone. Draisaitl’s a bigger, powerful guy, McDavid has such unbelievable speed. Like, you think you have McDavid, and you don’t. He’s just that quick. They’re that good that they just create with their [inaudible].

Carl Hagelin, on the play in which he was injured:
Yeah, nothing crazy. I don’t know how it happened, to be honest. One of those, you feel like there’s plays like that every shift in a game. And yeah, just unfortunate.

Hagelin, on whether it was frustrating to get injured so quickly after joining his new team:
For sure. You come to a new team and you want to come to get to know all the guys, get to know the team, the system and everything, and all of the sudden you get hurt and you miss a ton of time and it’s obviously frustrating when it happened, but I’m a positive person and I need to stay positive. It’s one of those things, you’ve got to work on other things when you’re hurt and hopefully come back now and help the team get some wins.

Hagelin, on whether the injured players were working out together and bonding:
Yeah, we were. At one time I think we were eight or nine guys, and yeah, we worked out together, we were in the rehab room together, so obviously that was nice to feel like we were still part of the team, especially for me as a new guy. And that definitely kept my mood a little lighter. 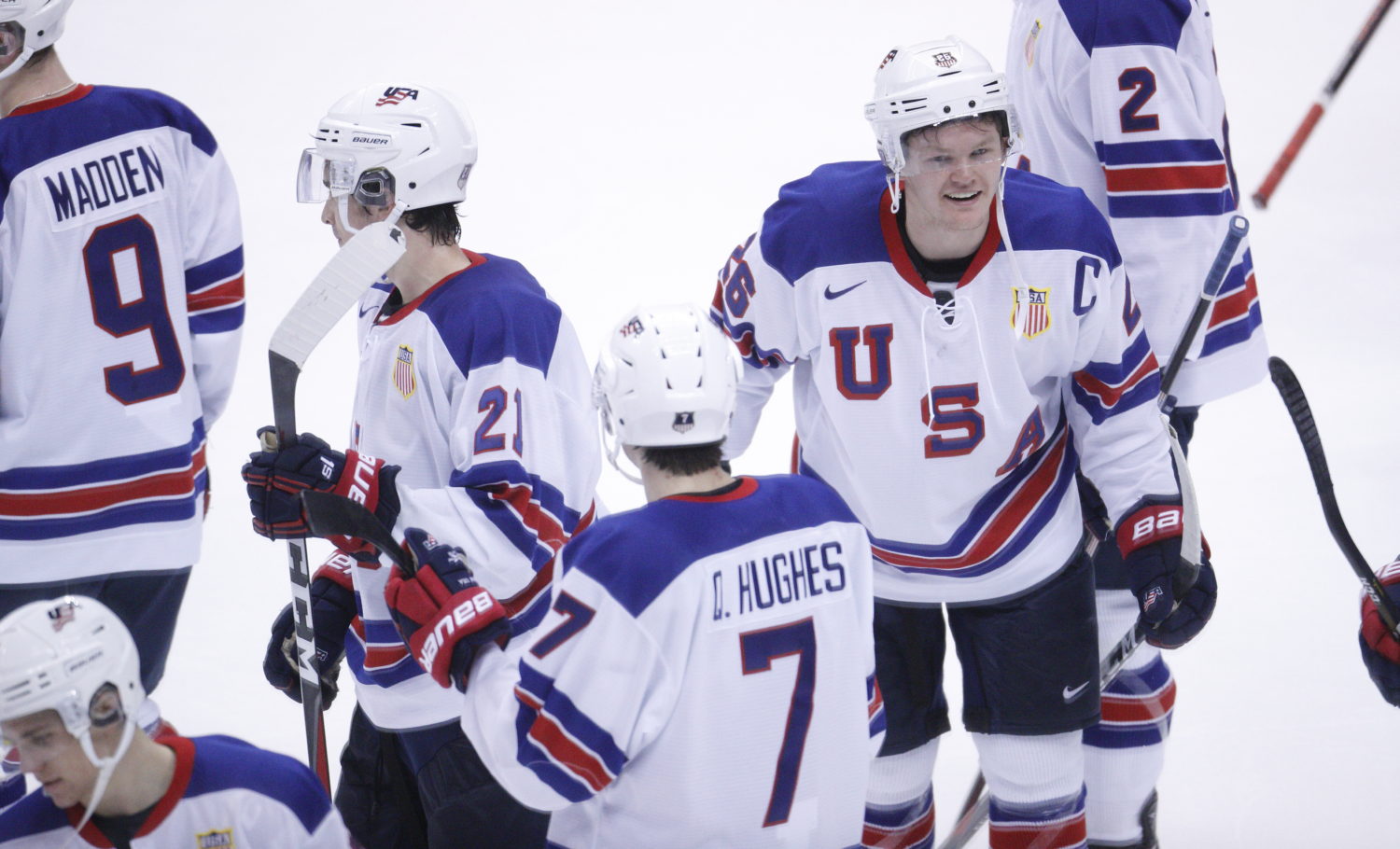