The Kings traveled to the state of Colorado yesterday afternoon following a morning practice in El Segundo, in advance of tonight’s matchup with the Avalanche. For myself, the travel was a bit different and Colorado marks stop number six on a seven-city tour, that began 10 days ago with the Reign’s Friday night showdown in San Diego.

From there, we bused down to Ontario, spending the night in the Inland Empire before Saturday’s rematch against the Gulls, and then it was back to Saratoga Springs, New York on a red-eye flight home for the holidays.

After a few days in the cold, which wasn’t any colder than it is today in Denver, it was off to San Antonio, Texas, followed by Austin, Texas for a back-to-back set with the Reign. The current stop is Denver for tonight’s Kings game, before my nationwide tour comes to a close tomorrow evening in Vegas.

Arriving in Denver was one of the less spectacular arrivals of my time with the Kings, and also one of the longest drives into the city to the hotel. A whole lot of nothing, until you arrive in the city, that is, at which point it becomes pretty cool. Coors Field, home of the MLB’s Colorado Rockies, is less than a mile from our hotel and is located right downtown – A baseball field never looks as small as it does when it’s among of a bunch of large buildings in the middle of a city. This morning, we’re treated to a small snowfall, which could nix my plans of walking to the rink tonight.

A busy final day of 2018 on the horizon today – Morning skate at 10:30 AM, game time at 6 PM before a trip to Vegas after the game to begin 2019. Someone will probably tell you today that they will “see you next year”……don’t be that someone, Insiders. Talk soon! 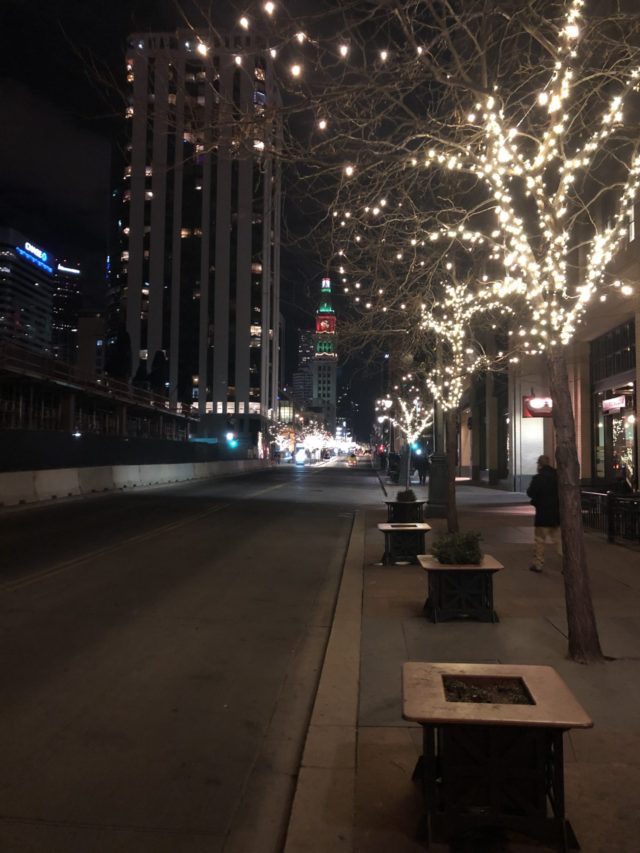