Waking up with the Kings: December 30 - LA Kings Insider

Waking up with the Kings: December 30

There are two sides in every match-up, and in a rivalry – a nascent rivalry, but one born out of both playoffs and proximity – that emotional spark is often stoked in games against the Golden Knights. That energy-driven thrust or focus isn’t always manifested in belligerence or demonstrative exchanges, but also in preparation and commitment to detail, and on Saturday afternoon at Staples Center, the visitors, who’d lost twice to their 31st-place rivals, engineered an extremely strong road effort against an L.A. team whose own unforced errors, giveaways and general lack of detail were their downfall in a 4-1 loss that was perhaps a prettier final score than what might’ve been if not for Jonathan Quick – even given the empty-netter. “Giveaways” and “takeaways” are usually the least valuable numbers to look at on an official game sheet, but Vegas was credited with four giveaways and Los Angeles 16, and yep, that seems accurate. The Kings rolled through several good shifts right off the bat but had a very rough 15-minute stretch in the first period in which the Golden Knights hit two posts and nearly received a spectacular goal by a sliding William Karlsson, who was among the visitors’ most effective attack-driven pistons. The Kings collected points by winning four straight, but if you’re looking at the last two games, they’ve probably won only one of the last five periods: a solid third against Vegas in which they established some residency in the offensive end and generated a solid amount of B-type chances but were still outscored, 2-0. An at Colorado, at Vegas, versus Tampa Bay three-in-four awaits. 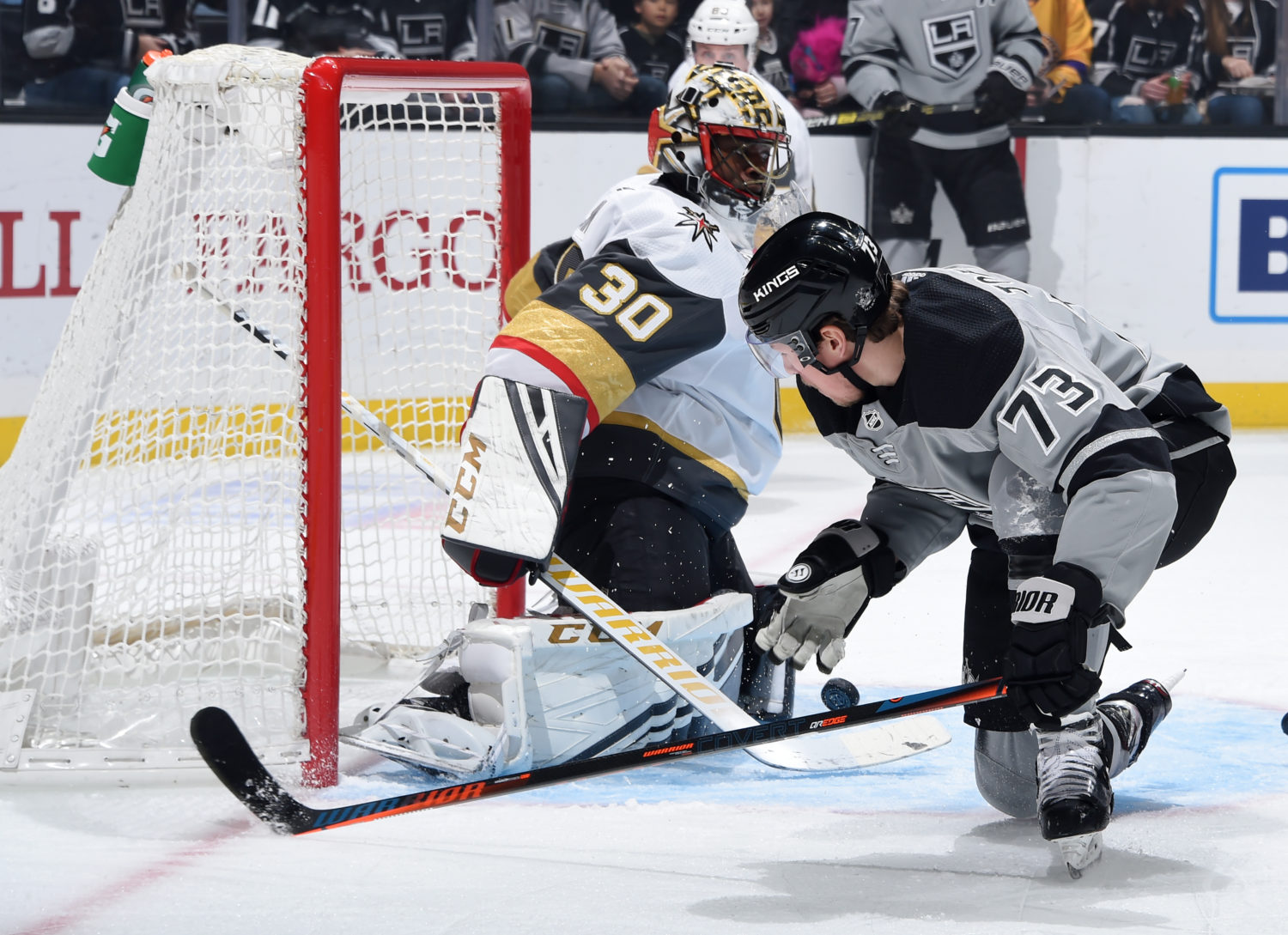 There are decisions to make with Dion Phaneuf on the verge of returning to the lineup. Phaneuf hasn’t been a healthy scratch in any game this season, and they didn’t activate him to sit him, so his return could potentially cost Paul LaDue a spot at some point in the upcoming back-to-back. LaDue hasn’t shown his best this season, but it’s hard to show one’s best when used sparingly and in an 11-to-12-minute range. Still, Sean Walker hasn’t exactly been a lineup mainstay but has found some recent success carving out a niche as a smooth skater unafraid to shoot and with good offensive upside – even if he’s still a work in progress in the defensive zone and will need to grow accustomed to battling and boxing out NHL forwards. He was among those who failed to account for Karlsson on Vegas’ insurance goal, but still put a good puck to the net that Anze Kopitar cleaned up amidst chaos surrounding Malcolm Subban. He appeared in 18:44 and, like the other rookies, will be among those whose growth and development will be interesting to watch in, you know, the absence of a tense and thrilling playoff race. 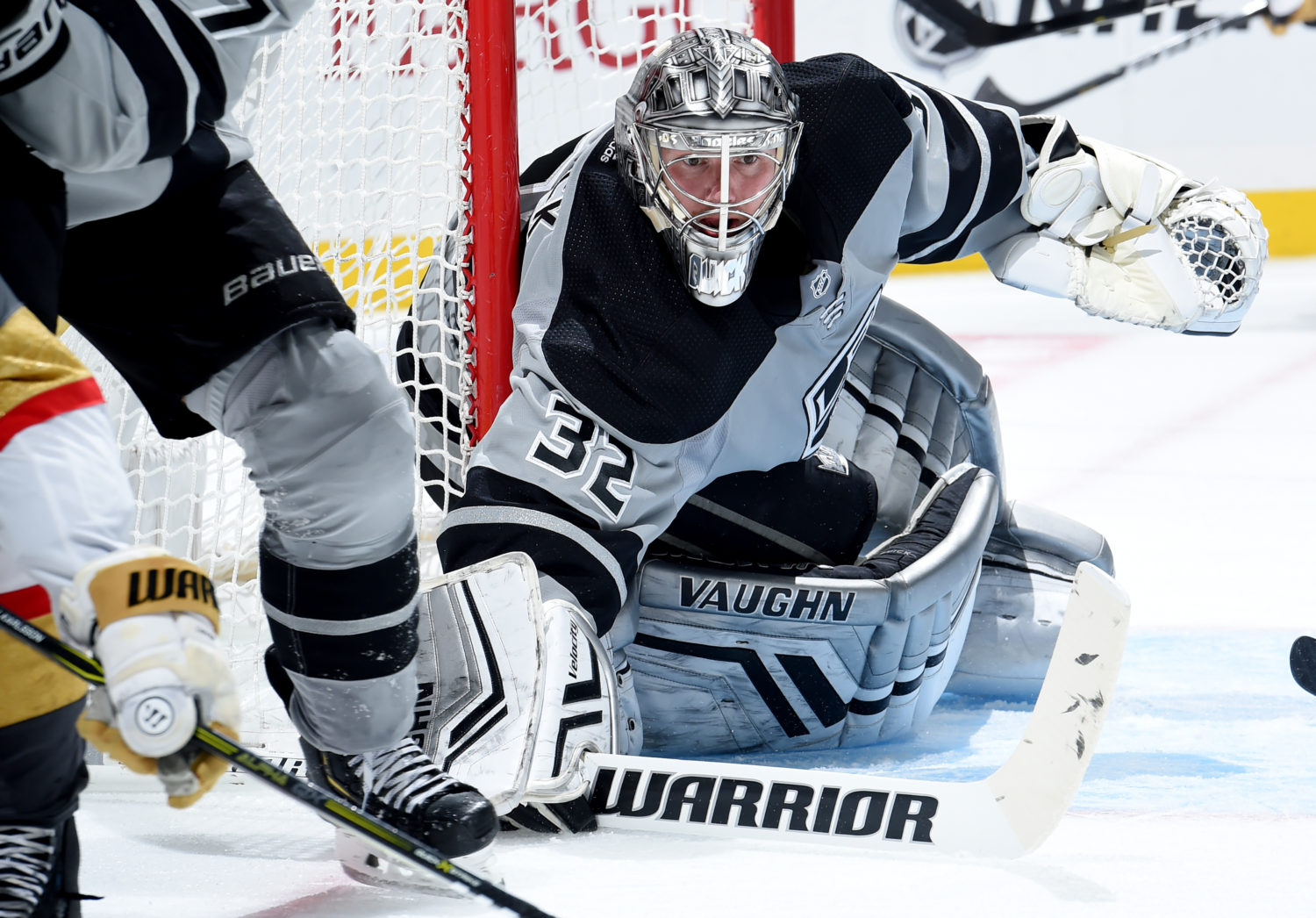 Speaking of lineup decisions, I was among those surprised that Austin Wagner didn’t have a secure spot on a line at practice Friday and was scratched Saturday. I, mean, I understand why: he’s 21; he’s still seeing about eight minutes a night and those types of players are often rotated in and out; there are oscillations in his level of performance. And let’s be clear: his absence didn’t have anything to do with the outcome of the game. Virtually the entire team was sloppy, and one depth forward wasn’t going to change that. But, hey, get him going! Like LaDue, let Wagner get in his games, make a mistake, gain experience. Who knows – maybe he scores a late, academic goal that might affect his performance in one of the upcoming tough games. On the other hand, there’s also the possibility that something happens that affects his confidence. But he was coming off an emotional game in a win against a divisional rival, and he had played in the three games he was healthy for during the four-game winning streak. Saying “play the kids” is kind of low-hanging fruit, but really, Play The Kids. 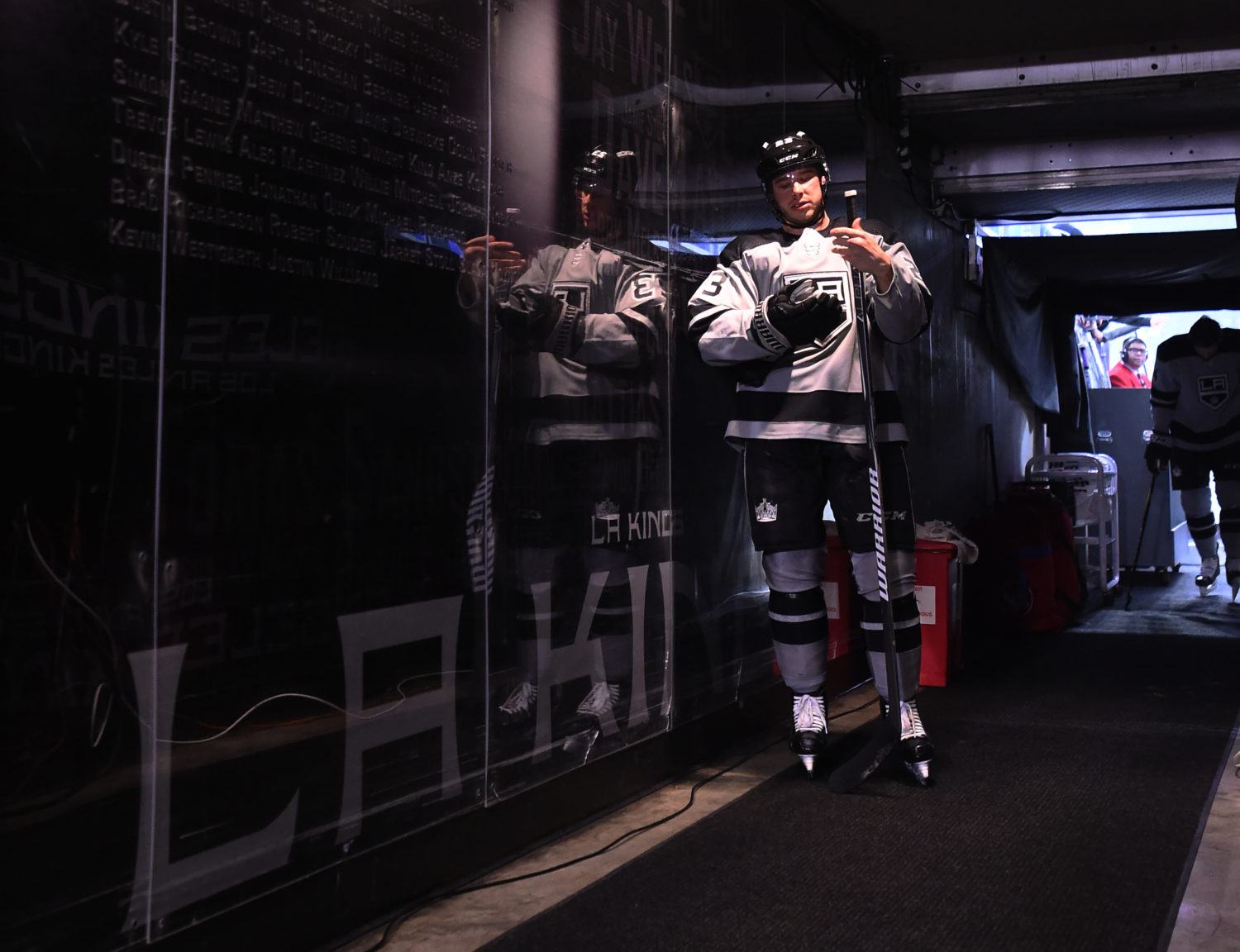